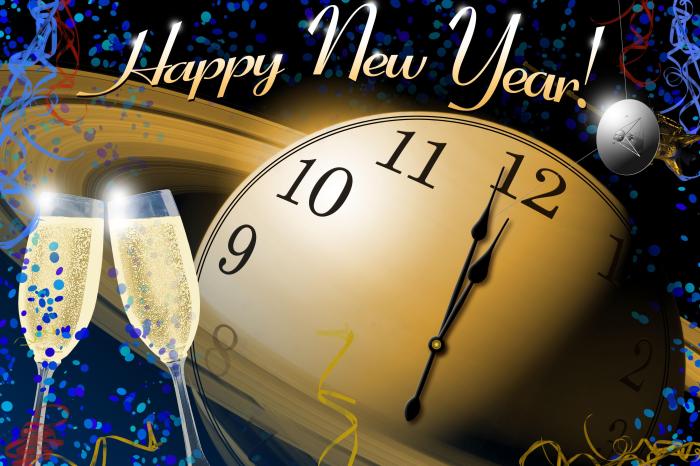 Wishing you all the best for 2018 in whatever you do, and once again, thank you for all your support and encouragement through 2017.

The end of the year is once more approaching, which is often a time of reflection as we look back over the old before pausing to await the arrival of the new. It’s become something of a tradition in these pages for me to look back over the articles and coverage of the year’s events I’ve managed to write-up, and offer a chance to revisit the ups and downs and the good and the bad the last twelve months have brought us.

To keep things digestible, I’ve broken this year’s review into two parts. This one covers July through December. January through June can be found here, and a look at SL’s technical developments through the years is available here.

The month opened with Jayjay Zifanwe contacting me to give me the (then) exclusive news that UWA’s regions would be remaining in Second Life for a further two years, albeit it on a reduced scale, rather than closing as anticipated. A celebratory Art of the Artists machinina challenge followed the announcement. The lab launched their “Bento equipped” starter avatars, and issued updates to the Terms of Service, while some purchase notifications were also updated. Nicky Perian announced he would be retiring from Kokua development in October 2017 to enjoy a well-earned rest, in the hope that someone else would take up the reins.

The end of July saw the Creator Beta launch, with the platform opening to anyone wishing to join. The run-up through the month was marking with an increase in Preview invitations, plus profile videos featuring Ria, Blueberry and London-based Unit 9, all of which I reviewed and added some thoughts around vis Sansar’s reach and marketing. With the Public Beta openI did a quick getting started guide.

CastAR sadly closed and AltspaceVR gave notice they would be closing. On a brighter note, it was revealed how Google had been re-inventing Glass over the last two years.

July 2017 marked 20 years of continuously studying Mars from both the surface of the planet and from orbit, and also marked the anniversary of the first lunar landing. Remarkable images of Betelgeuse were revealed, and further traction was gained for NASA’s Deep Space Gateway while Elon Musk walked back some expectations around the first flight of the SpaceX Falcon Heavy rocket.

Wouldn’t you just know it – I revised the island home again!

It’s a quiet month for me, reporting-wise, the focus being on my weekly series of SL user group meeting reports, although Bay City does announce the 2017 Hot City Nights event, which takes place towards the end of the month.

With the Public Beta open, I offer some initial hints’n’tips and suggestions of places to visit, following by a more detailed look at the Runtime Desktop Mode. I also look at what the media is saying, and offer my own thoughts on the opening.  Three visits to Sansar experiences launch my Exploring Sansar series, while also taking a look at some of the Creator Challenge winners before starting my series of reports on Sansar Product Meetings.  Keeping with the spirit of competitions, the Lab co-sponsors an avatar design competition, and Bjorn and Widely Linden discuss the new platform (with audio), while there’s a further official Creator Profile video.

AltspaceVR announces a reprieve from closure may be in the wind, and there’s a look at VR and AR in the wake of Sansar’s public Creator Beta while High Fidelity reveals currency and IP protection plans.

There’s another anniversary to be celebrated – this one marking 40 years of the Voyager mission. Curiosity celebrates five years of Mars surface operations, and exoplanets once more step into the spotlight, while the 2017 total solar eclipse is tracked across America.

END_OF_DOCUMENT_TOKEN_TO_BE_REPLACED

Back in August I wrote about a proposal from the Johns Hopkins Applied Physics Laboratory (APL) to fly a robotic helicopter to Saturn’s moon Titan.

Called “Dragonfly”, the mission would use a nuclear-powered dual-quadcopter, an evolution of drone technology, carrying a suite of science instruments to study the moon. Capable of vertical take-off and landing (VTOL) operations, the vehicle would be able to carry out a wide range of research encompassing Titan’s atmosphere, surface, sub-surface and methane lakes to see what kind of chemistry is taking place within them.

The proposal was one of several put forward for consideration by NASA as a part of the agency’s New Horizons programme for planetary exploration in the 2020s. In late December 2017, NASA announced it was one of two finalist proposals which will now receive funding through until the 2018 for proof-of-concept work.

Titan has diverse, carbon-rich chemistry on a surface dominated by water ice, as well as an interior ocean. It is one of a number of “ocean worlds” in our solar system that hold the ingredients for life, and the rich organic material that covers the moon is undergoing chemical processes that might be similar to those on early Earth. Dragonfly would take advantage of Titan’s dense, flight-enabling atmosphere to visit multiple sites by landing on safe terrain, and then carefully navigate to more challenging landscapes.

At 450 kg, Dragonfly is no lightweight, and a fair amount of the mass would be taken up by its nuclear power unit. However, the vehicle will carry a science package comprising some, or all, of the following:

This brings us one step closer to launching a bold and very exciting space exploration mission to Titan. We are grateful for the opportunity to further develop our New Frontiers proposals and excited about the impact these NASA missions will have for the world.

The second proposal to receive funding through until the end of 2018 is the Comet Astrobiology Exploration Sample Return (CAESAR) mission proposed by Cornell University, Ithaca, New York and NASA’s Goddard Space Flight Centre.

This mission seeks to return a sample from 67P/Churyumov-Gerasimenko, a comet that was successfully explored by the European Space Agency’s Rosetta spacecraft, to determine its origin and history. This project is being led by Steve Squyres of Cornell University, who was the principal investigator for NASA’s Mars Exploration Rover missions featuring Opportunity and Spirit.

If approved by NASA, CAESAR would launch in 2024/25, collect at least 100 g (3.5 oz) of regolith from the comet, separating the volatiles from the solid substances. The spacecraft would then head back to Earth and drop off the sample in a capsule, which would re-enter Earth’s atmosphere and parachute down to the surface in 2038. 67P/C-G was selected because it has been extensively imaged and mapped by the Rosetta mission, thus enabling engineers to design a vehicle better able to meet the conditions around the comet as it swings around the Sun.

New Frontiers is a series of planetary science missions with a cap of approximately US $850 million apiece. They include the Juno mission to Jupiter, the Osiris-REx asteroid sample-return missions, and the New Horizons mission to Pluto, also built and operated by APL. Under the terms of NASA funding, both of the 2017 finalists will receive US $4 million each in 2018, and a final decision on which will be funded through to completion will be made in 2019.

While attention is on the next space telescope due for launch – the ambitious James Webb Space Telescope (JWST), which will be departing Earth in 2019 – NASA and the international community is already turning its attention to the telescope that will come after JWST, with a launch due in the mid-2020s.

Billed as a cousin to the Hubble Space Telescope, and something of a descendent of that observatory, the Wide Field Infra-Red Survey Telescope (WFIRST) will use a very similar telescope system as Hubble, with a 2.4m diameter primary mirror, but with a shorter focal length. This, coupled with no fewer than 18 sensors built into the telescope’s camera (Hubble only has a single sensor), means that WFIRST will be able to image the sky with the same sensitivity as Hubble with its 300-mexapixel camera – but over an area 100 times larger than Hubble can image. To put this in perspective: where Hubble can produce a poster for your living room wall, an image from WFIRST can decorate the entire side of your house.

This wide field of view will allow WFIRST to generate never-before-seen big pictures of the universe, allowing astronomers explore some of the greatest mysteries of the cosmos, including why the expansion of the universe seems to be accelerating. One possible explanation for this speed-up is dark energy, an unexplained pressure that currently makes up 68% of the total content of the cosmos and may have been changing over the history of the universe. Another possibility is that this apparent cosmic acceleration points to the breakdown of Einstein’s general theory of relativity across large swaths of the universe. WFIRST will have the power to test both of these ideas.

END_OF_DOCUMENT_TOKEN_TO_BE_REPLACED

Sunday, December 31st 2017 will once again see Bay City celebrate the turning of the year with their annual Prim Drop festivities.

The event will open at 23:30 SLT at the Bay City Fairgrounds in North Channel. The theme for the event is a wintertime soirée; black tie attire is recommended, and all SL residents are invited to attend. Marianne McCann will be providing the music and fireworks, and food and drink will be provided.

This will also be the final opportunity in 2015 to donate to Child’s Play Charity,  a US 501c3 non-profit organisation which helps seriously ill children around the globe during their hospital stays with the purchase of games and gaming equipment.

In 2016, Bay City raised L$163,892 (approx: US $630) for Child’s Play, and in 2017 has already raised more than L$165,000 – and the Prim Drop will be a last chance to make this a truly record-breaking year in Bay City’s support of the charity. So even if you can’t make it to the event itself, do please consider taking a couple of minutes out of your SL day and stopping by the Bay City Fairgrounds and making a donation via one of the collection bins there.