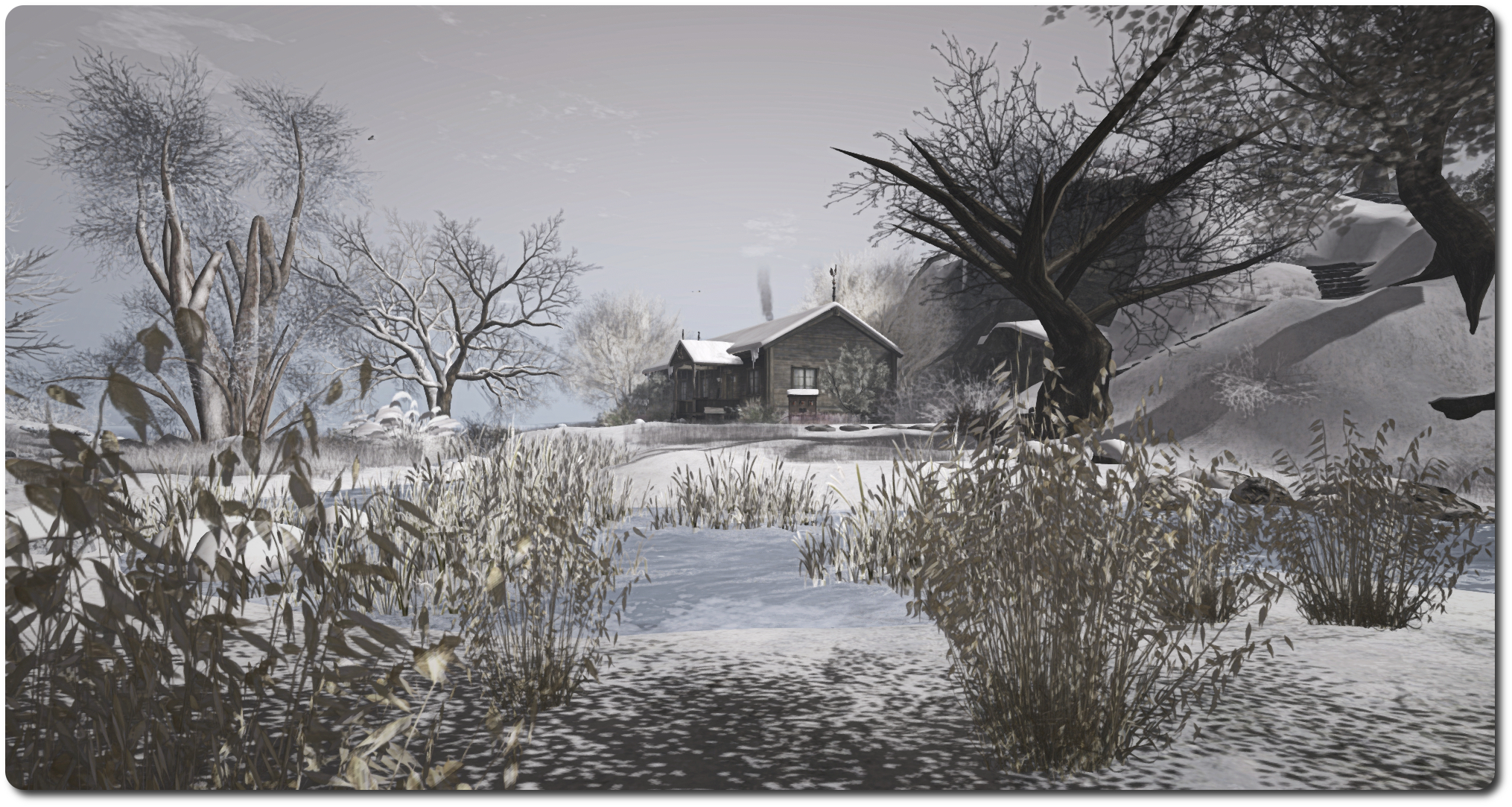 The following notes are taken from the Server Beta User Group (SBUG) meeting held on Thursday, December 18th, 2014, and the TPV Developer meeting held on Friday, December 19th. A video of the latter is included at the end of the article, my thanks as always to North for recording it and providing it for embedding.

With reference to the meeting video, summary notes are provided below with time stamps to assist is spotting and listening to the associated conversations.

The end-of-year code freeze / no change window comes into effect from the end of the week, this means there will be no further server updates until January 2015.

The Maintenance RC viewer, version 3.7.23.297296, was promoted to the de facto release viewer on Thursday, December 18th. This viewer comprises a solid collection of bug fixes and improvements to many areas of SL, and also includes a range of fixes to previously released changes in the way joint offsets in rigged meshes are handled. Please refer to the release notes for further information.

On Wednesday, December 17th, the Experience Keys / Tools viewer was updated to release candidate status with the release for version 3.7.23.297364. Please refer to my overview of the viewer (written while it was at project viewer status) for information on the viewer.

[00:50] As a result of the promotion of the Maintenance RC, both the new Experience Keys RC viewer and the HTTP Pipelining RC viewer are currently being rebuilt to include the Maintenance release code. These updates may appear in the release viewer pipeline on Monday, December 22nd, or they may be held over from release until after the end of the no change window.

[01:41] The new year should also see the first release of a project viewer for Mac and Windows built using the new build tools chain and autobuild process.

The last of the 2014 updates are being deployed to the back-end servers. At the time of the Server Beta User Group meeting, there were just a “few more” hosts that had yet to receive the updates, so things should be completed in short order. These improvement are focused on improving the overall robustness of the service and dealing with overload conditions.

What is being referred to as a “mini CDN” test was carried out on the BlueSteel region on the morning (PDT) of Thursday, December 18th. The test was designed to check a more flexible  CDN configuration that is going to make it easier for  the Lab to deal with fall overs. “It should be invisible normally but lets us have better control of where the viewer gets those mesh and texture assets,” Simon Linden said of the work, which will likely see a formal deployment in the New Year.

[03:53] There was an in-world meeting held on Friday, December 12th to discuss the Viewer-managed Marketplace (notes and transcript).

There should be a summary post from the Lab, covering JIRAs raised on VMM and comments made on the forums, which should be appearing on the current forum thread around the time this update is published. A further feedback meeting is being planned for the New Year.

END_OF_DOCUMENT_TOKEN_TO_BE_REPLACED

After what has been a relatively quiet period in terms of news from Mars, things are once again proving interesting.

The first uptick came following the start-of-month teleconference Mars Science Laboratory personnel held to summarise the results of the last several months of activities the Curiosity rover has been performing in Gale Crater. In particular, these have allowed scientists to better determine how the 5 kilometre high mound at the centre of the crater may have been formed.

Even before Curiosity arrived on Mars, sufficient evidence had been obtained from orbit to show that features in and round Gale Crater were likely influenced by water-related activity. Curiosity itself found evidence for water once having flowed freely across parts of the crater when it encountered the beds of ancient rivers and streams as it explored the regions dubbed “Glenelg” and “Yellowknife Bay”.

With the journey down to “Mount Sharp”, and NASA call the mound, and the recent explorations of its lower slopes, the science team have been able to piece together the processes that led to its formation.

The first clues came while Curiosity was still en route to the point where examination of the “Mount Sharp’s” lower slopes could begin. As it drove southwards and towards the mound, the rover started to encounter layered sandstone deltas, all inclined towards “Mount Sharp”. On Earth, such layered, angled deposits are found where a river flows into a large lake.

Once in the foothills of “Mount Sharp”, in the area dubbed “Pahrump Hills”, Curiosity has repeatedly come across layers of tightly-compacted sedimentary mudstone which are entirely consistent with the sedimentary layering found in the muds and rock in lake beds on Earth. Intriguingly, while most of these layers appear to have been formed by sediments settling out of a large, still body of water, some of them appear to have been affected by wind erosion.

This latter point would indicate that rather than the crater floor once being covered by a single body of water which gradually vanished over time, it was subjected to cycles of wet and dry periods, giving rise to a number of lakes forming within the crater over the ages, each one only a few metres deep. As the water receded / vanished during the dry periods, so the uppermost layers of each lake bed were exposed to the wind, eroding them, before the next wet period started, and a new lake formed, gradually depositing more sediments on top of them.

Thus over a period of millions of years, Gale Crater was home to numerous lakes, each of them fed by assorted rivers and streams flowing into them, giving rise to the alluvial plains around the base of the crater walls, and the sedimentary deltas closer to “Mount Sharp” where these rivers and streams met the standing waters of each lake.

This view of Gale Crater is further supported by measurements of the deuterium-to-hydrogen ratio in the rocks sampled by Curiosity. These suggest that the sediments the rover is now examining were laid down during a period when Mars had already started losing its surface water, suggesting an extended period of climatic change on the planet, where the amount of free-standing water may well have been in flux.

Once the water had completely vanished from Gale Crater, it seems likely that “Mount Sharp” was sculpted by wind action within the crater. Thus, it is thought, would have eroded the material of the alluvial plains faster than the more densely compacted mudstone formed under the weight of the successive lakes.

END_OF_DOCUMENT_TOKEN_TO_BE_REPLACED

Running through until January 2015 at the Paris Metro Art Gallery is an exhibition of SL landscapes by Olympes Rhodes, featuring a collection of pictures captured from around Second Life which reflect the theme of winter in one way or another.

Some twenty-one pictures are on display, arranged on two levels within the gallery space, which has been transformed into something of an ice palace for the exhibition; the floor and walls covered in panelling covered in a ice-like effect and which are semi-transparent, so the world outside can just bee seen through the gallery’s actual windows, while the mezzanine floor of the upper level and the grand staircase leading up to it have a ghostly, translucent finish to them suggestive of them having been cut from ice.

“My job was to create an environment in the gallery that supports the works,” curator Quan Lavender says of the interior design, “And fits to the wonderful Winter scene with ice pond in front of the building.” I’d say she’s succeeded, the interior fittings rounded-off with a series of ice carvings and other accessories Quan found at the Xmas Expo, and which fit the theme perfectly.

Not all of the pictures on display may appear to be winter scenes; they don’t all have snow and frost featured within them, for example. But the theme is there to be found in each and every one, even if the presentation is subtle – such as with the pictures taken at Chouchou, which suggest feelings of winter and ice through the backdrop of the Memento Mori cathedral. In another, a little group of penguins standing on the beach provide the necessary connection.

All of the pieces have their own beauty and delicacy about them, and each one offers a unique interpretation of some very famous regions in Second Life. Their names are not given, which encourages the visitor to spend time examining each picture in greater detail to see if the location can be identified. Or at least, that was the case with this visitor!

When visiting, and if you are so minded, don’t forget that gallery owner Rose (rfb Morpork) has created a gown to match the theme of the exhibition, which can be obtained from the gift giver outside the gallery.