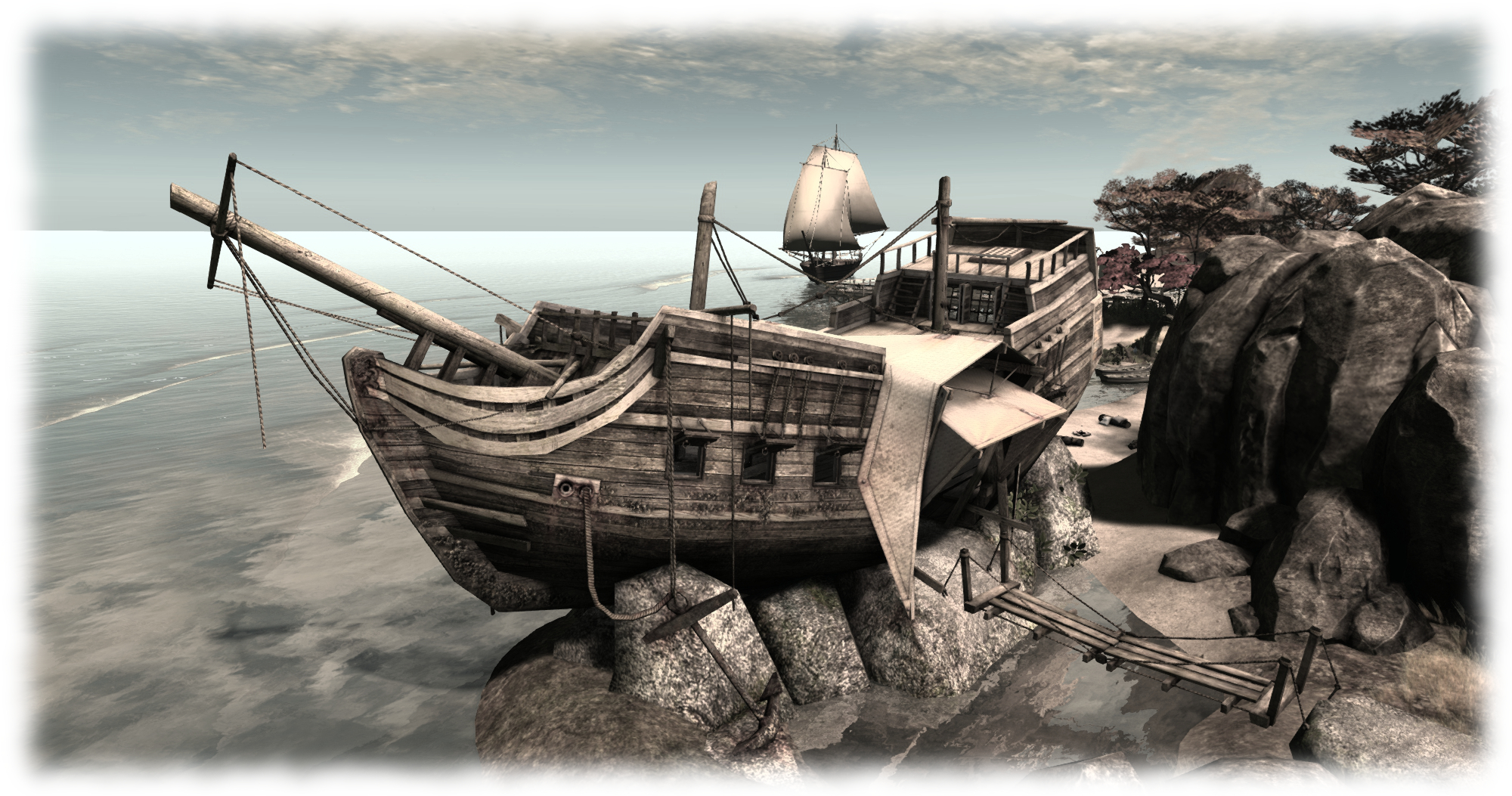 A question was asked at the simulator User Group meeting on Tuesday December 2nd, whether the fix for BUG-4949 would also address SVC-7550, relating to previously blocked avatars reverting to being blocked after someone has cleared them from their block list. Simon indicated that while BUG-4949 would not fix this issue, it is being addressed, but requires further back-end work.

On Monday, December 1st, the de facto release viewer was updated to version 3.7.20.296724, formerly the Snowstorm RC viewer, which includes update for Japanese input; improved rendering of projectors; fixes for object editing bug when rotating and for crash on exit on OS X Yosemite in full screen mode, and more – release notes.

This viewer edged-out the current Maintenance RC viewer (version 3.7.21.296734) in terms of promotion. However, the latter has had a growing list of  issues, most of which are related to fitted mesh, and which may be addressed by the attachments update viewer (RC version 3.7.21.296904).

There have been a lot of requests and ideas around expanding / improving the upcoming Experience Keys / Tools (for example: BUG-6912). Commenting on the general status of the project, Simon Linden indicated he’s doing some work related to attachments – although he wasn’t able to go into specifics. However, commenting on the ideas put forward a JIRAs submitted in general, he said:

To put things in perspective, this release is the first one for this feature.   I’d really like to see it succeed and have us move on to an update that adds more features like these. And while they aren’t going into this first release, the JIRA’s aren’t being ignored … we’ve gathered them and had to pick an choose what we could release with and without.

Oz also added, in response to, and alongside of, Simon’s comments:

Exactly. There will doubtless be many ways to improve and expand the experience concept. We want to get more applications built with it and see which are the best ways to invest in it further.

3D Connexion is the brand name for the space Navigator range by Logitech. As has been reported through this and other blogs, and also on the forums. More recent versions of the 3D Connexions drivers have been causing some problems on installation. The API support for these devices within the viewer is also quite old (although Linux has been recently updated), and Cinder Roxley is working to try to improve things in this area. However, updating to the newer API support may force things to be platform-dependent, and so take longer to implement, but it might result in the support of more 3D connexions devices.

Some users are encountering issues of seeming themselves rendered as a cloud in their own world view. This may be connected to them where a hair base with a missing texture (essentially a bad asset), which causes the server to reject the hair base when worn. The result leaves the avatar as a cloud in the user’s own view, although to everyone else they appear to be rendered correctly. An error message is actually generated on the matter:

However, this only goes to the viewer log, and is not made visible through the UI. As the viewer thinks you’re wearing the hair base, the problem is not obvious to many users. So, should you find this happening, try replacing it with a different hair base.

When Server-side Appearance (SSA) was being deployed in 2013, some users on certain TPVs encountered issued with duplicate current outfit folders being generated – see SUN-99. A fix was made to prevent this from happening, however, there have been a couple of recent reports that it is occurring one again (see BUG-7880 and BUG-7920 – interestingly, the latter case appears to have had all system folders duplicated). The cause of these problems isn’t currently known, but requests to support for tun the SUN-99 inventory fix does appear to resolve problems, once the user has cleared cache locally and re-logged.

A feature request (BUG-7945) for a teleport queueing feature to be implemented to ease access into very busy regions. As noted during the Simulator User Group meeting, such an automated queuing system as proposed might be labour-intensive to implement and also be open to exploitation. However, commenting on the idea of improving how teleport queues and notifications might be better handled, Simon Linden said:

I was talking with someone about the incoming TP queue yesterday. It seems like it needs some attention. I don’t think we’d build a queue and later TP anyone, but it’s doing too much work before it decides you can’t get in.

Whether this will result in some clean-up to the current process of handling teleports into busy regions remains to be seen.

I’ve become something of a fan of Frankx Lefarve’s work over the last couple of years, and always look forward to his installations. They are invariably thought-provoking and beautiful in both design and execution.

This month, he is once more back at LEA18, the location for his last LEA piece, Insidious: the Spread of Ideas, which I reviewed here. Now, and open through until the end of the year, he brings us Qualia: The Sentience of Being, which takes as its basis Frank Jackson’s thought experiment, Mary’s Room.

Jackson, a philosopher best known for his primary focus of studying philosophy of mind, epistemology, metaphysics, and meta-ethics, offered Mary’s Room as a philosophical illustration of his argument against physicalism, the thesis that the universe is entirely “physical” in nature, consisting only of the kind of entities postulated by physics.

In Jackson’s experiment, Mary is a brilliant scientist forced to investigate the world from a black-and-white room. and via a black-and-white monitor. However, she is able to  acquire all the physical information she needs to understand the concepts of colour, and  the ability to comprehend the wavelength combinations from the sky which stimulate the eye and, in doing so, lead to the various nervous interactions which result in our uttering the phrase, “the sky is blue”, and so on. Thus, she has all the physical knowledge to understand the world beyond her monochromatic room, and to acknowledge the physical interactions that go on within it.  But is this really the sum total of the universe beyond her room, and in acquiring the physical knowledge, has she reached the fullest extent of her learning? Thus, Jackson asks:

What will happen when Mary is released from her black and white room or is given a colour television monitor? Will she learn anything or not? It seems just obvious that she will learn something about the world and our visual experience of it. But then is it inescapable that her previous knowledge was incomplete. But she had all the physical information. Ergo there is more to have than that, and Physicalism is false.

With Frankx’s piece, the visitor initially arrives in Mary’s room, beyond which lies a world of colour and movement, accessed by approaching one of four walls in the room, which will open automatically. Which wall you opt to open first is up to you; they are marked with various items: Buddha (which you face on arrival), clock, mosaic and lightning, but the order in which they are taken is not necessarily important. Be aware that the walls may be a tad slow in responding as you approach them.

Outside of each wall, set against the backdrop of the universe, are walkways, each of which leads to spaces, guarded by what might be called star gates through which you must pass to fully see see beyond them. In certain ways, these might be said to echo the discoveries Mary might have made following her exit from her observation space. Four example, in one, there are elements of red, perhaps signifying the ripening tomato Jackson mentions and, more subliminally in shape and colour, the heart, our engine of life; in others we see flashes of blues and yellows as we step into them, suggestive of the sky, and so on.

This is a deceptively complex piece, one slightly Bowman-esque in its leanings (Bowman as in, “My God, it’s full of stars!”) if handled correctly. The simplest route through the work is to travel back and forth from the black-and-white room, visiting each of the main segments in turn. However, there is another way, pointed-to in the introductory note card, and which I recommend.

There is a transparent path connecting each of the four main segments which leads one through the intervening geometric forms spaced in a circle between them. You may need to use CTRL-ALT-T at times to see the path (I recommend toggling on and off when needed; otherwise the red interferes with the installation). This will take you on an unfolding journey through the installation which may well lead to an entirely different perspective.

I have no idea if echoes of David Bowman’s journey through the star gate of 2001: A Space Odyssey is intentional or simply a case of my own projection onto the piece. However, it seemed to resonate with the overall theme of the work; that there is more to our universe than can be adequately explained by our understanding of the physical. Indeed, to go further, that our discovery of such other things – up to and including intelligences far superior to our own – might actually redefine our understanding of the “physical”,  just as in Jackson’s thought experiment, Mary’s experiences in the world of colour may have reshaped her perceptions.

* With apologies to the Sutherland Brothers for the reworking of their lyric!