The 2014 SL Christmas Expo & Winter Breedables Fair opens on Thursday, December 4th, 2014 and will run through until Monday, December 15th, 2014. As usual, this annual event offers something for everyone, including the opportunity to help raise funds for Relay For Life of Second Life, an official charity of the American Cancer Society.

Taking place across eight regions, including the entertainment and winter auction regions, the Christmas Expo is supported by many top designers from across SL, and offers visitors a great seasonal shopping experience coupled with a range of entertainments taking place throughout the Expo, together with a some very special events, including:

For the full lit of events and entertainments, please refer to the Expo’s Event Schedule page. You can also find a full list of participating stores and exhibitors, and maps of the event are also available.

The four regions of the Xmas Expo and two Winter Breedables Fair regions are laid out in the traditional grid pattern, roads and footpaths swept clear of snow and ice so as not to present a hazard to visitors. Stores in the Expo area are neatly arranged in warehouse-style units, while the Breedables regions, as one might expect, are more open in nature. Flanking either side of these regions are the entertainment and auction regions.

For those who don’t fancy walking from one end of the Expo / Fair to the other, there is a tram service running back and forth through the middle of both,  with a terminus in both the entertainment region and the auction region.

A regular feature of the Xmas Expo is the Christmas Holiday CD, all proceeds from the sale of which go directly to RFL of SL. This year, in a change to previous years, the CD will feature classical versions of favourite holiday songs. The CD will be available at all Information & Welcome Areas across the eight regions of the Xmas Expo and Winter Breedables Fair, at just L$100 per copy – just look for the special vendors.

For more than 100 years, the American Cancer Society (ACS) has worked relentlessly to save lives and create a world with less cancer and more birthdays. Together with millions of our supporters worldwide, we help people stay well, help people get well, find cures, and fight back against cancer. 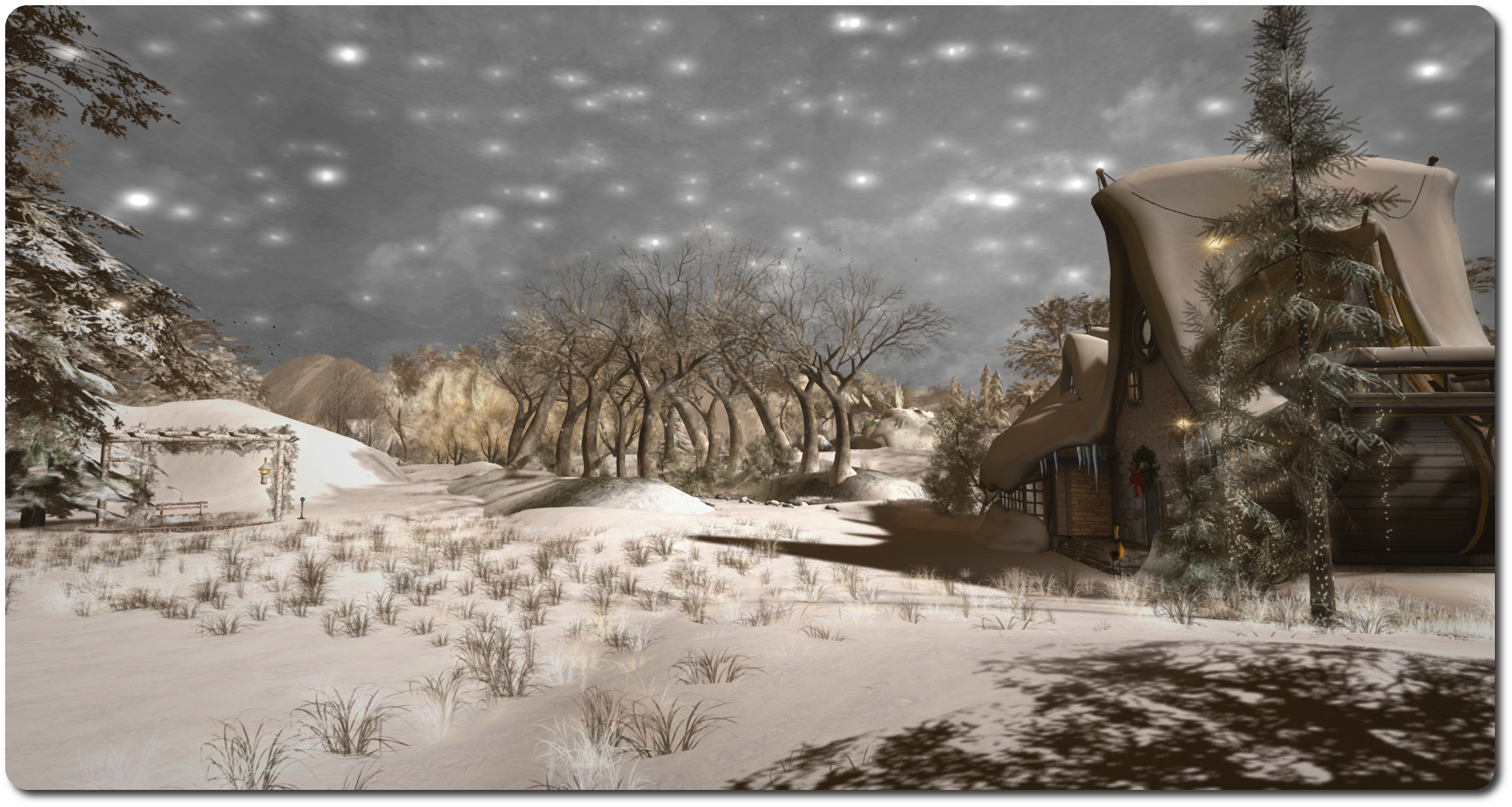 I was drawn to Let It Snow! after Xiola Linden tweeted about it and I the region’s description in the Destination guide Entry: 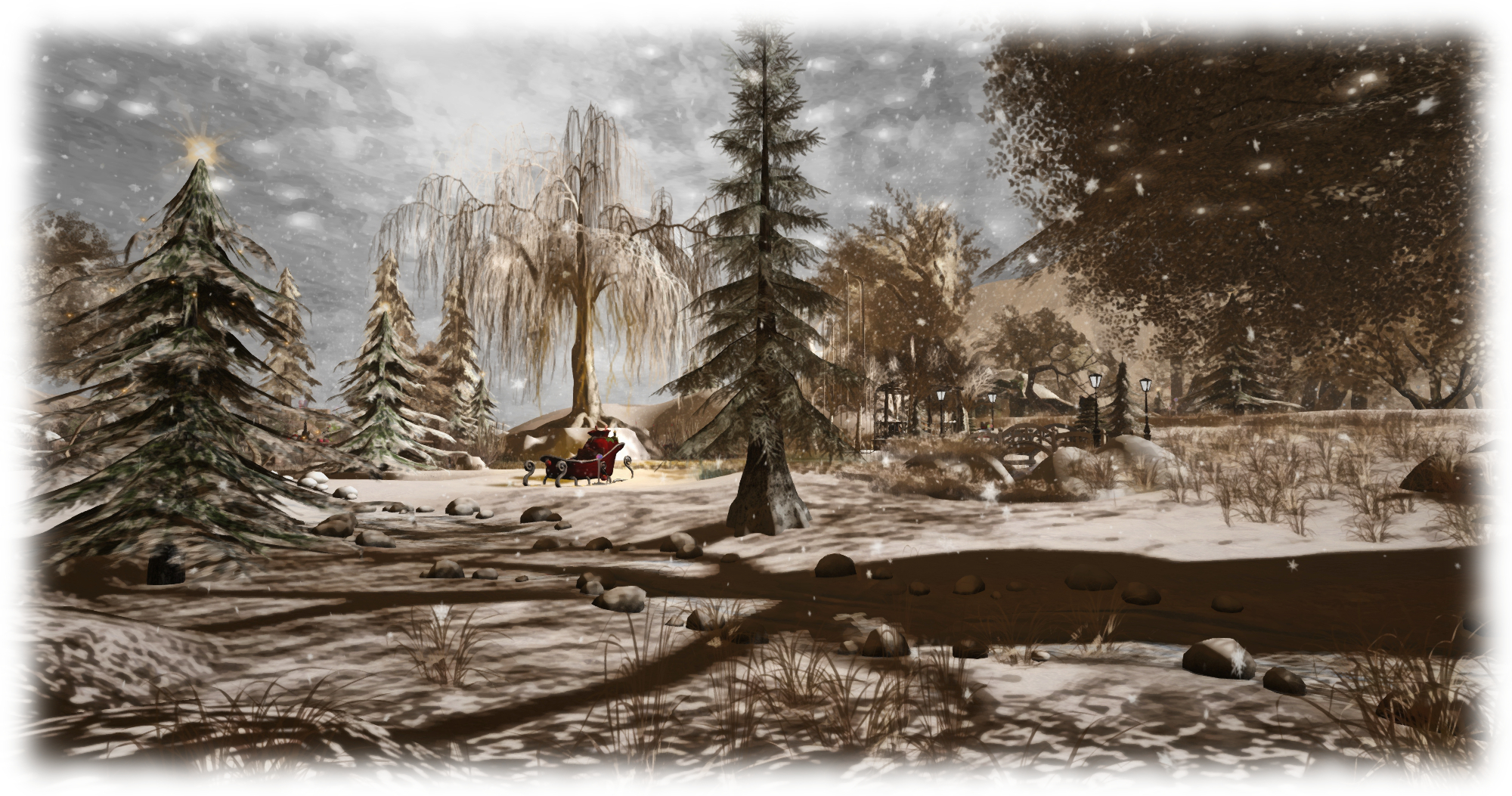 Owned and designed by well-known SL artist, Milly Sharple, the region is a seasonal delight, offering precisely what the description on the label promises: dancing, romancing, exploring, meeting, ice-skating and winter cheer.  Intan dance systems are available right from the landing point, an open-air dance floor complete with a musical sextet,  and across the region, indoors and out.

Given the region’s name, the fact that snaow is falling across most of it should come as no surprise; everything is covered in a deep, white  blanket. A handful of cottages are scattered across the land, the largest of which offers cosy hideaway with Christmas tree and roaring fire to toast toes. Other cosy spots can be found around the island for those looking for snuggles, and skating can be enjoyed in a couple of places. 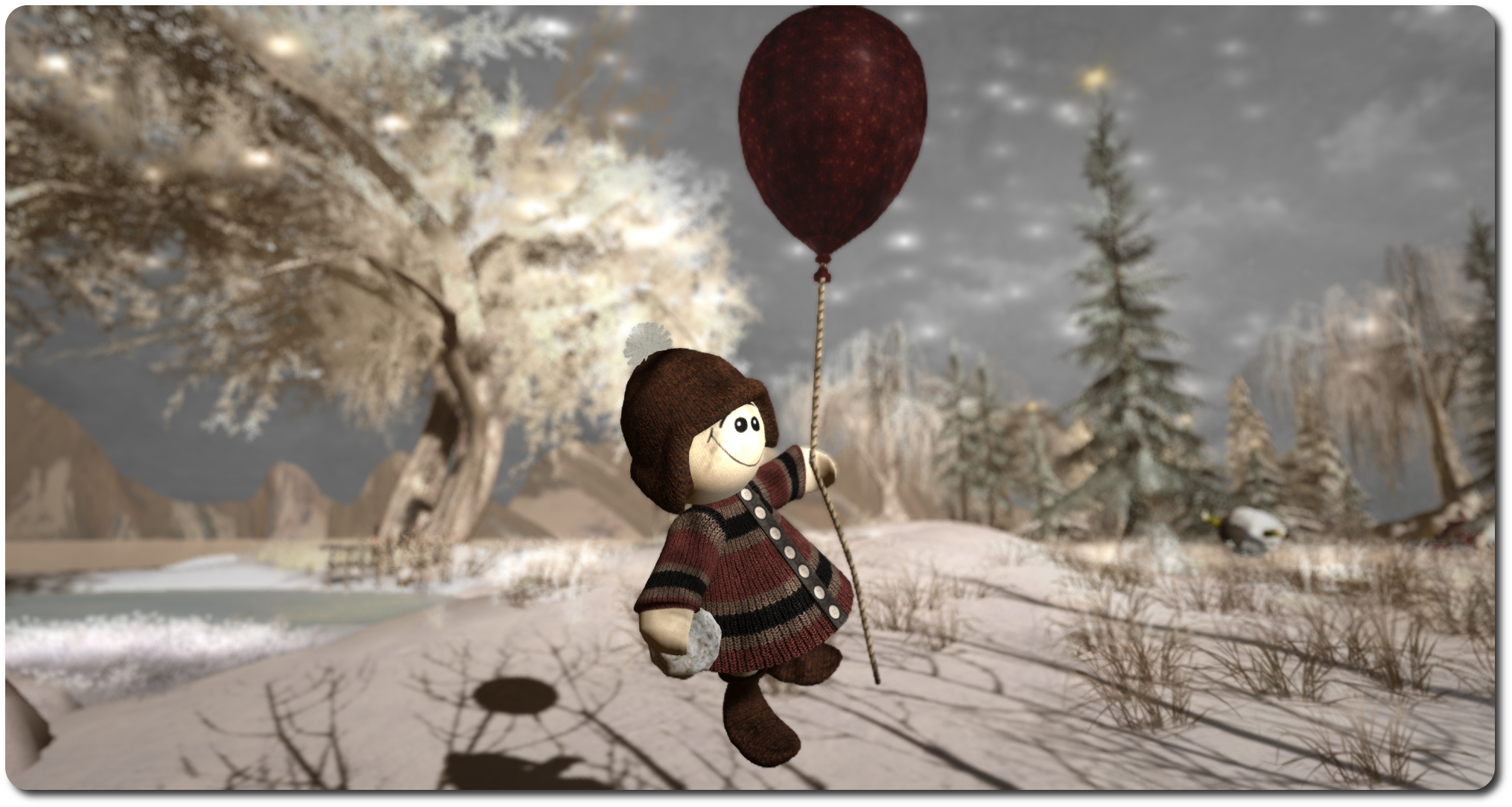 There are some lovely little touches that should bring a smile to every face – particularly the snow children playing outside one of the cottages, having a snowball fight, floating on a balloon or getting quite caught-up in making a snowman of their own.

I could wax lyrical about Let it Snow, but given the name is taken from a set of lyrics, I thought why not simply let the region tell its own story? So here are some of the pictures I took while visiting (some of which have been post-processed to (hopefully) give a painted “Christmas card” look), set to the one and only Dean Martin singing the song. Enjoy!

(As I’ve been a tad naughty and used copyrighted material in the video, it may be blocked in some countries. If so, I offer my Flickr album for the region for those interested!)

It’s been a busy week for Niran V Dean and his Black Dragon viewer, with no fewer than four updates between Thursday, November 27th and Tuesday, December 2nd.

The major part of these updates, appearing in version 2.4.1, is a complete overhaul of the UI. Gone is the ability to place toolbar button up in the top left of the menu bar area, the ink blots surrounding floaters and panels, etc. Instead, the UI presents a look heavily influenced by Valve’s Steam client.  The result is a striking, charcoal grey finish to floater and panels, on which the white text shows up somewhat better than it did with the previous UI, together with bold white lines denoting fields, input boxes, etc., and individual headings to sections within a floater or tab highlighted in blue, all in a manner that works quite well.

There are a few immediately noticeable “Niran-isms” on display: the Favourites bar, for example, is now above the Navigation bar, rather than under it, as with most viewers. There’s also a nice incorporation of the notifications icon into the navigation bar area as well, over to the right of the screen. And, of course, the Dragon menu single point-of-access to the viewer’s menu tree is retained.

Given this release was an extensive overhaul of the UI, 2.4.1 and its subsequent releases didn’t bring too much in the way of new features to viewer, which is unsurprising – there’s work enough involved in getting the UI sorted for a release.  There were a few issues following the initial 2.4.1 update – hence the release of 2.4.1.1 through 2.4.1.3, but looking at the release notes, most of these seem to have been nips and tucks rather than major “oopsie” fixes.

In terms of LL code updates, Black Dragon 2.4.1 through 2.4.1.3 see the viewer again reach parity with the Lab’s viewer, including implementing the benchmark viewer code and HTTP pipelining (I believe).

As always, for a full breakdown of updates, please refer to the Black Dragon change log, which lists changes from the most release release (in this case, 2.4.1.1) on down.

I did encounter a couple of minor problems with the viewer – although these may well be operator induced. Setting neither the “Show Network Stats” and “Show L$ Balance in Statusbar” options in Preferences > Interface seemed to do anything for me. I was particularly keen to try the latter, as I personally find having my account balance displayed in the Inventory floater nothing short of the PITA. But, other than these, the  – admittedly brief – drive I did take with the viewer revealed nothing exasperatingly unpleasant or unexpected.

Overall, and interesting and clean UI update; one which I personally prefer to the last outing.