In keeping with an earlier promise, On Thursday, March 6th, Linden Lab re-opened the JIRA to public scrutiny.

Broadly speaking, this means that:

There is a blog post announcing the change, and which indicates there is a limitation:

While we want to make issues visible for the reasons described in our last post, we’re not going to extend this to old issues, because at the time they were created, users knew that those reports would have limited visibility and they may have included sensitive and/or private information. We don’t want to take information that someone thought would be private and suddenly make that visible to everyone, so the new visibility settings will apply only to new issues.

Even with this limitation, this is a positive step forward in allowing users to again be more pro-active in providing assistance in identifying issues, duplicates, etc., and enabling a better degree of investigation to be carried out when a problem is encountered.

Note that in order to browse / view BUG issues, you must be logged-in to the JIRA system (STORM, VWR and SVC issues remain browsable without being logged-in). Also, bear in mind MAINT issues will remain unviewable, as was the case before the JIRA was closed.

Cica Ghost officially opened her latest installation at  12:00 noon SLT on Thursday March 6th. This blog post was supposed to be a preview; then that thing call real life occurred…

Anyway, anyone who enjoys Cica’s creations is going to love Little Village. “Delight” barely covers one’s reaction on seeing this marvellous collection of whimsical houses with wobbly chimneys, huddled together in little groups or standing alone, some on level ground, others precariously straddling little hills. 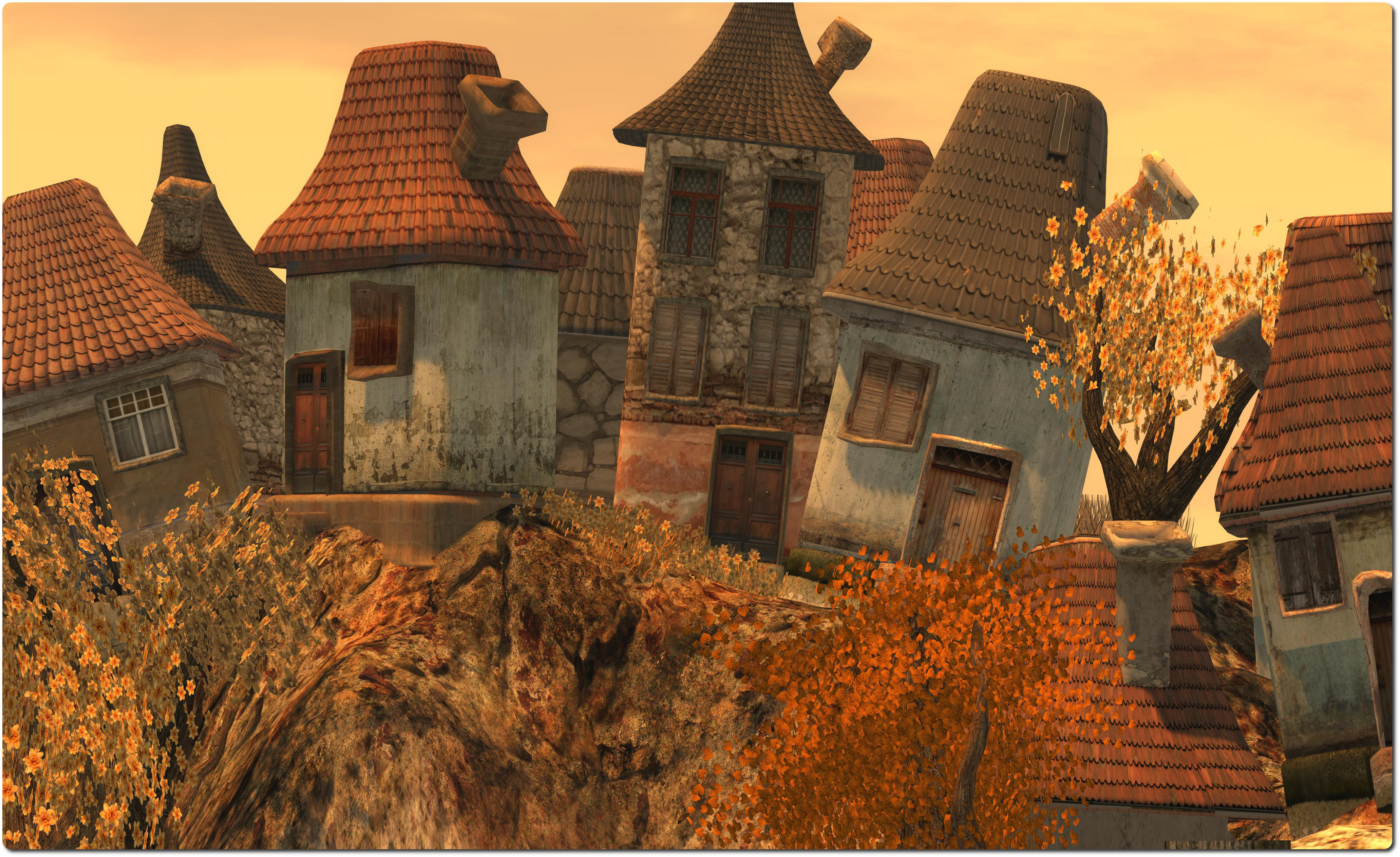 These are houses with character, their shapes seemingly lifted from a children’s cartoon and made real, each with its own unique character and colour (some could perhaps do with a lick of paint!), all of them vying for your attention; indeed, when camming over some of the little groups, it isn’t too hard to imagine them jostling one another for position, trying to catch your eye.

Between and around them are trees and plants, little footpaths running here and there – and nowhere in particular – while rickety fences dot the landscape. There’s a simple, glorious charm to the entire setting, one which belies the care and detail put into the work. Can you spot the cats in the windows, or find places to sit and watch the world go by? 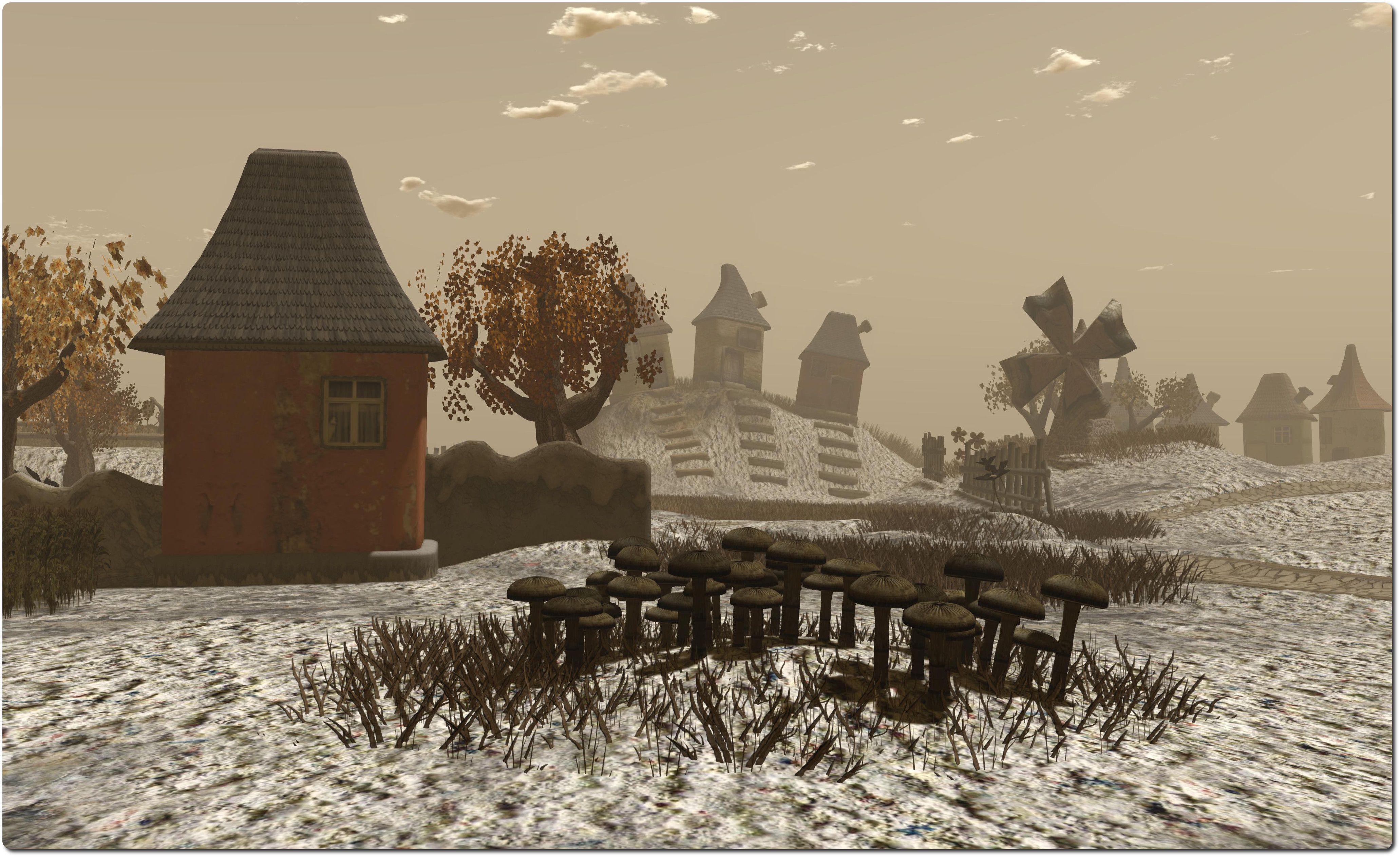 I understand from talking to Ziki Questi that Erythro Asimov provided the region so that Cica could build her Little Village, so we him a vote of thanks for doing so, just as Cica deserves a word or two of thanks as well for once more sharing her whimsy with us.

But don’t just take my word for it, go see for yourself; you’re sure to find yourself smiling.

On Wednesday March 5th, two new release candidate viewers appeared in the viewer release channel, bringing the total number of RC viewers back up to five, with more still sitting in the queue and yet to be seen, together with some project viewers as well.

The first of these is a code-clean-up / polish which includes the removal of a lot of the old avatar baking code from the viewer, as this is no longer required for Second Life, and the removal of a number of redundant viewer requests related to avatar baking operations. In addition, the code has performance and stability improvements and bug fixes, all designed to further improve avatar baking, such as dealing with conditions where an avatar’s appearance may appear to be stuck.

The second part of the update – which is related to SSA – is the support for the Advanced Inventory System version 3 (AIS v3). This is a set of changes which are being made both to the viewer and to the simulator software. Currently, the simulator code is only available on the Magnum RC, and will be progressing to the other RCs and the Main channel in due course. However, the viewer code is compatible with both the “new” simulator AIS v3 code and the current AIS v2 code, so this release candidate can be used freely across the grid.

The functions initially being deployed with AIS v3 (server and viewer) are mostly related to improving the reliability of outfit changes, which should also improve performance and see a drop in failure rates once the AIS v3 simulator code is fully enabled across the grid, and the necessary viewer code merged into all viewers.

Longer-term, AIS v3 has broader goals, as Don Linden explained at a TPV Developer meeting back in October 2013 (see the section titled Advanced Inventory Service (AIS v3)). These are (in part) aimed at giving more control to the viewer about what it wants to do with the inventory without necessarily having to go through the simulator when working with one’s own inventory or the Library inventory; the viewer will communicate directly with the inventory service. However, certain capabilities will remain unchanged; avatar-to-avatar inventory transactions will still be handled via the simulator, and it will still not be possible to copy personal items to the library folders, for example.

TPVs will be integrating this code so that their users will benefit from the SSA improvements, although the release of TPV updates with the code may take a little longer where there is s need to avoid the removal of the “old” avatar baking code to maintain support for OpenSim users.

As many who routinely use voice will be aware, there have been issues with voice for some considerable time, some of which were exacerbated recently with the release of the Vivox API  4.5, updates used in recent versions of the SLvoice.exe plugin which did not play well with earlier versions of SLvoice.

Whirly Fizzle and Ed Merryman produced a couple of videos demonstrating the issues, one of which is included below.

As I recently reported, Vivox reached out to Linden Lab to help resolve many of these issues, and a starting-point for this work was seen as getting all viewers updated to the latest version of the Vivox API (4.6.x). This release candidate viewer (version 3.7.3.287288 – download and release notes) includes the updated API in the SLvoice plugin, and is aimed at improving voice reliability and performance as well as hoping dealing with some of the significant issues users on Mac Mavericks have been experiencing.

To encourage TPVs to integrate the Vivox updates into their own offerings, the autobuild packages for generating the new voice modules for the viewer have been made available to TPVs, allowing them to test new voice builds alongside LL rather than having to wait for the Lab to build, test and release new voice plugins.

It is also hoped that once built, the new modules will be binary compatible and have no related viewer code changes, potentially allowing TPVs to offer the updates directly to their users who prefer to run older versions of a viewer, thus allowing them to (hopefully) resolve their voice issues without being forced to update their viewer if they’re not ready.

If you use the official SL viewer, and you have been experiencing problems with voice, you may want to manually download and run this RC if you haven’t been selected to receive it as part of the RC testing.