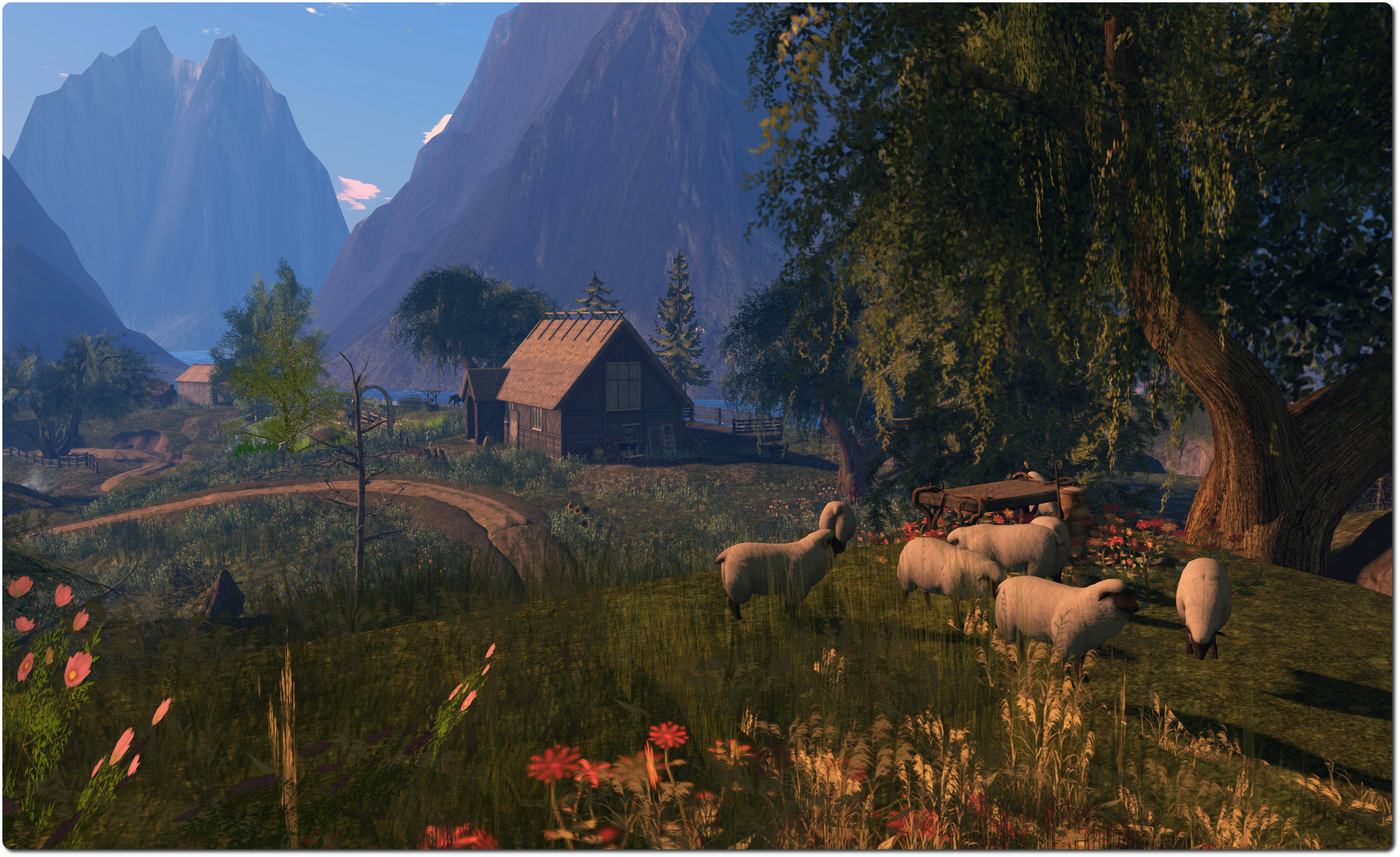 In September 2013, I (among many others!) visited Bowie Zeplin’s home region of Banana Island. At that time it was called Pangloss, a beautifully surreal landscape of vivid colours and striking scenes.

Now, with the changing of seasons much in evident across the grid, Bowie has remodelled the region, and while this pilgrim opted to wait until after the initial rush had passed, a note was made to retrace her footsteps and see what new delights await a re-visit. The effort proved more than worthwhile. 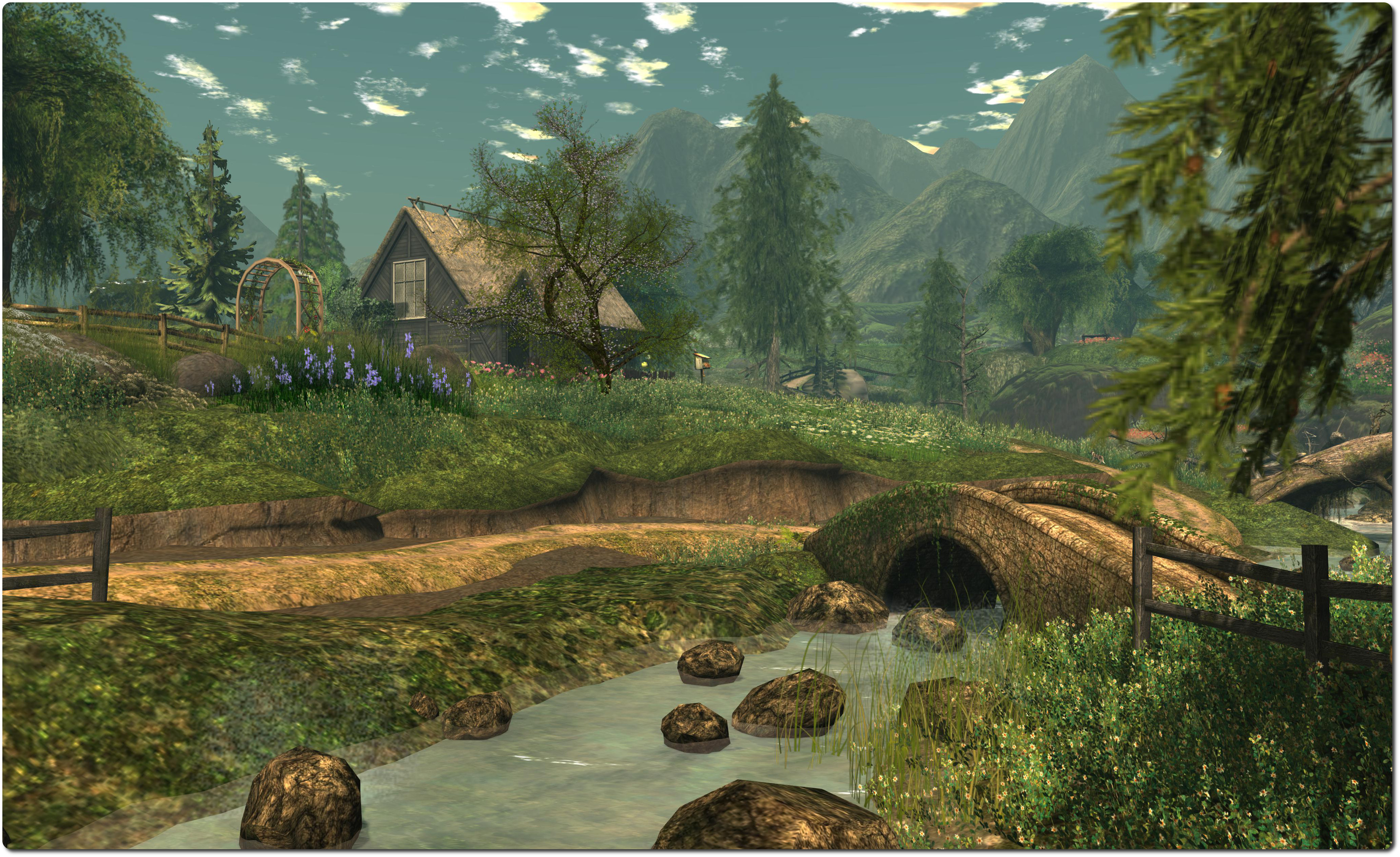 Where Pangloss was surreal and vivid, The Pilgrim’s Dawn, as the region is now known, is beautifully rural and scenic. On arriving, it instantly put me in mind of what might be called “Middle Zealand”, as it seems to form a combination of the scenes and landscapes gathered from around New Zealand to create Peter Jackson’s vision of Middle Earth. There are high mountains, tree-lined slopes, broad rivers, and in the midst of it all, a rural / rustic scene which, while sans Hobbit holes and the like, wouldn’t look amiss with a group of Hobbits passing through on their way to Bree… 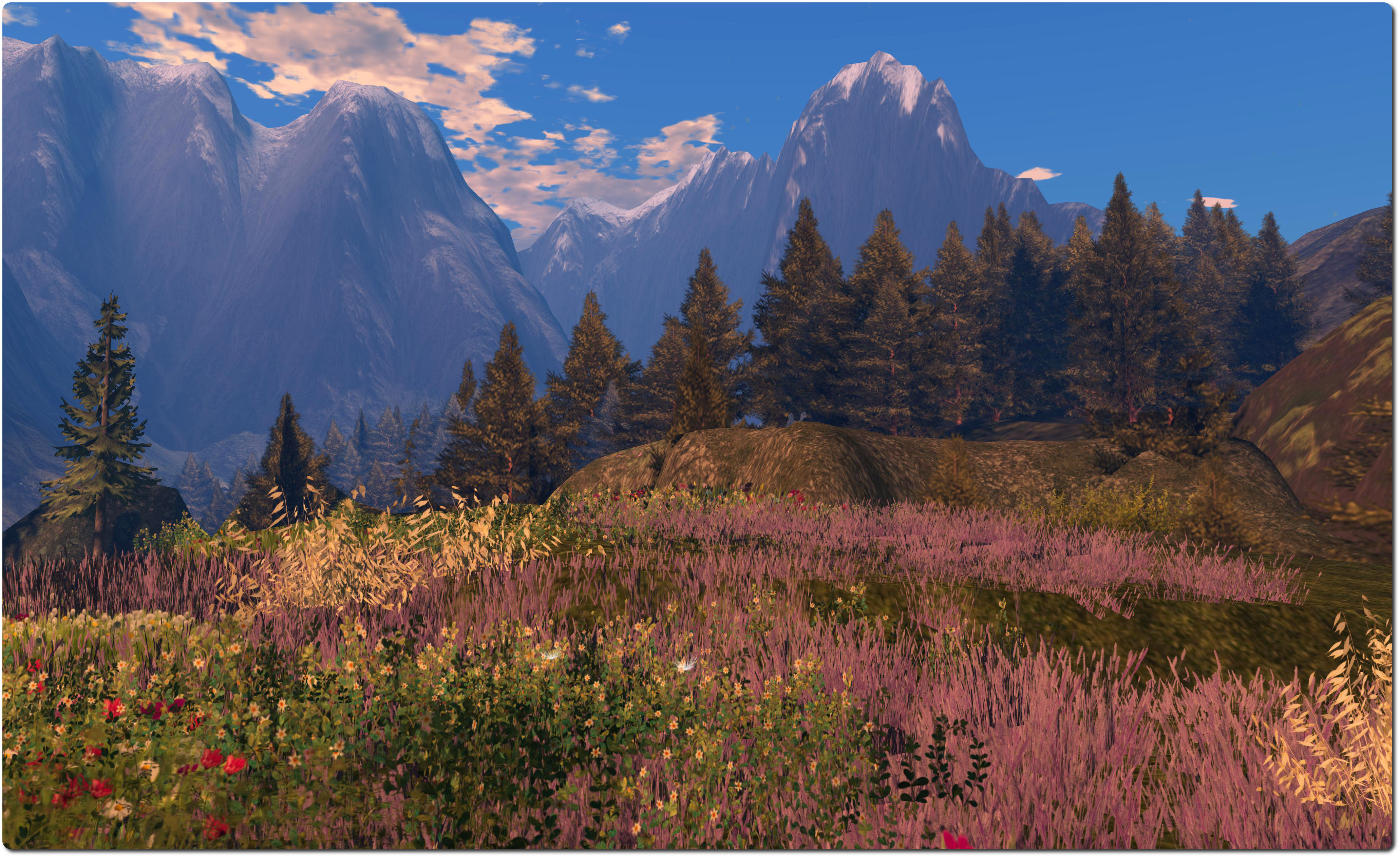 Even without the Tolkien references, Pilgrim’s Dawn is simply breathtaking in the way it blends surrounding scenery and region into a whole, presenting a landscape in which one is instantly immersed. It’s very easy to imagine walking out onto the deck behind the house on a morning, mug of coffee in hand, and deciding that today would be a good day to climb the nearest peak and then just sit and paint or photograph the surrounding lands. 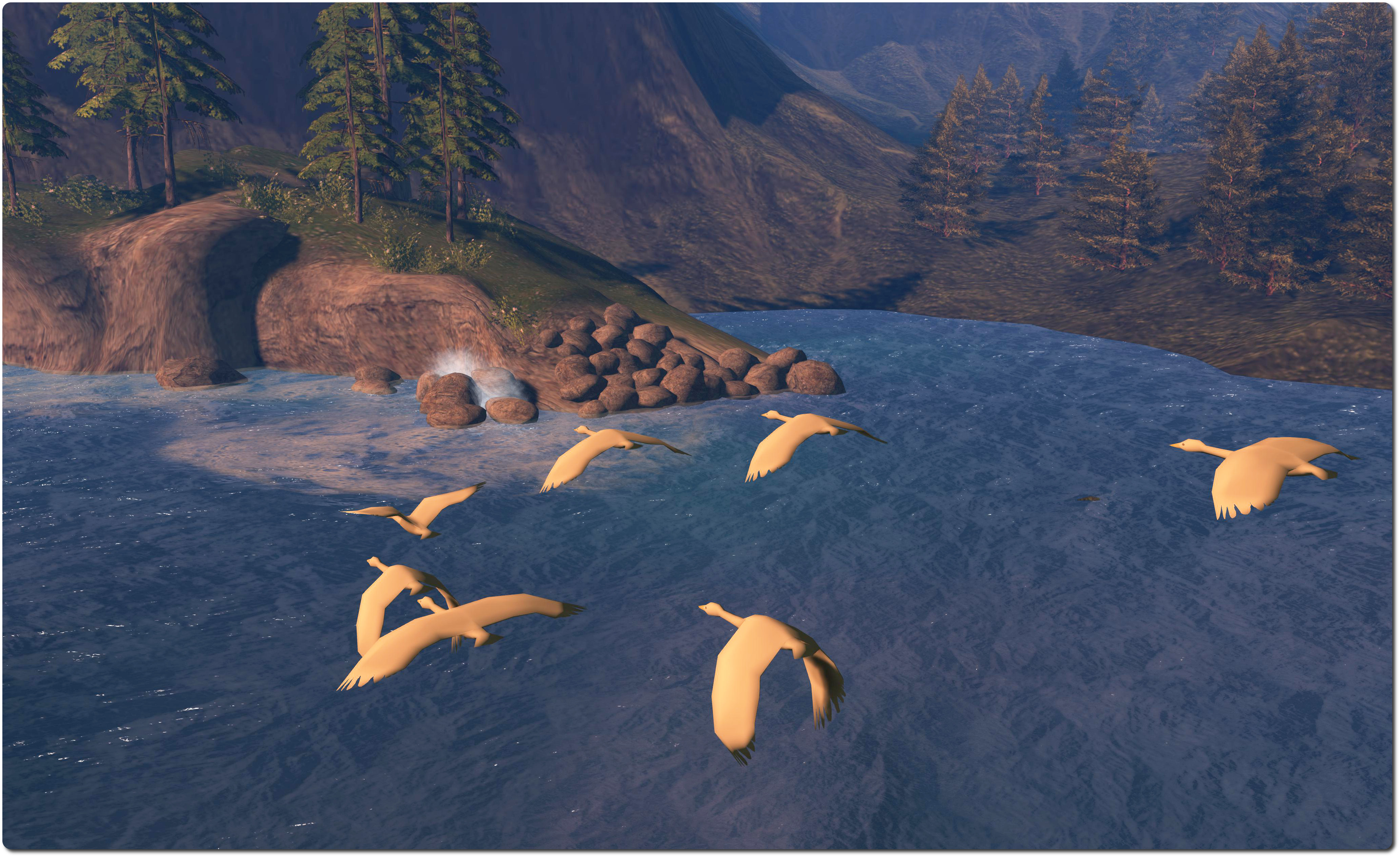 This is an environment which really lends itself to wide photographs of the landscape, something which the default windlight only enhances – but there is also a wealth of detail here as well which makes careful exploration a must. There are tracks to follow across the region, running down from the house to the pastures of the headland, or around from the beach, along the side of the river and up into the hills where sheep graze contentedly. Across the river sits a wooded headland where deer roam, and above it, overlooking the broad stretch of water separating lowlands from mountains, sits an old mine, awaiting intrepid explorers. 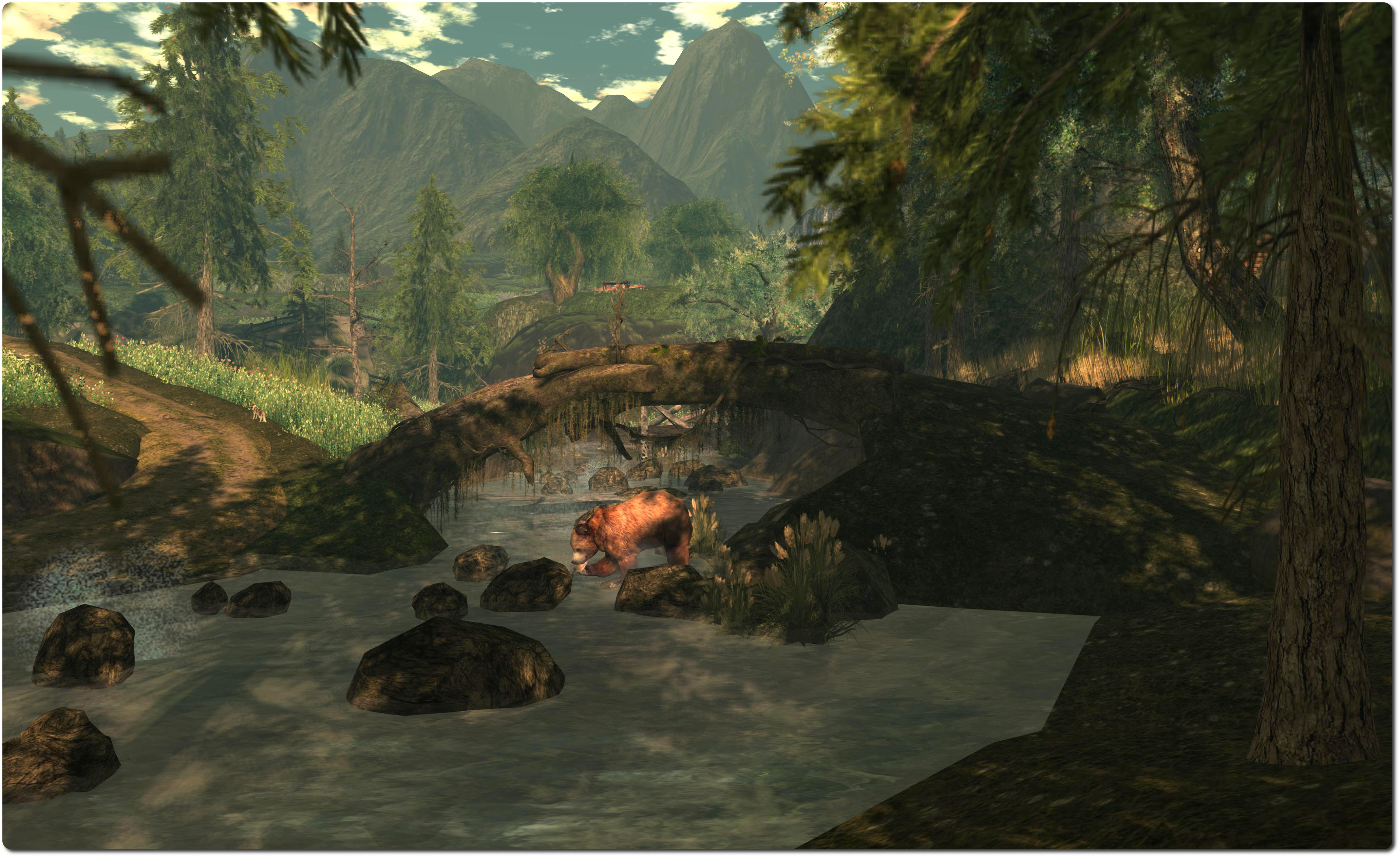 It’s been whispered to me that Pilgrim’s Dawn is a commissioned build, and that as such it may well be vanishing in the near future. If so, that’s something of a shame, because it is very much a place where this pilgrim definitely wanted to call her progress to a halt and simply rest, soaking up the scenery and environment.

Do be sure not to miss it. 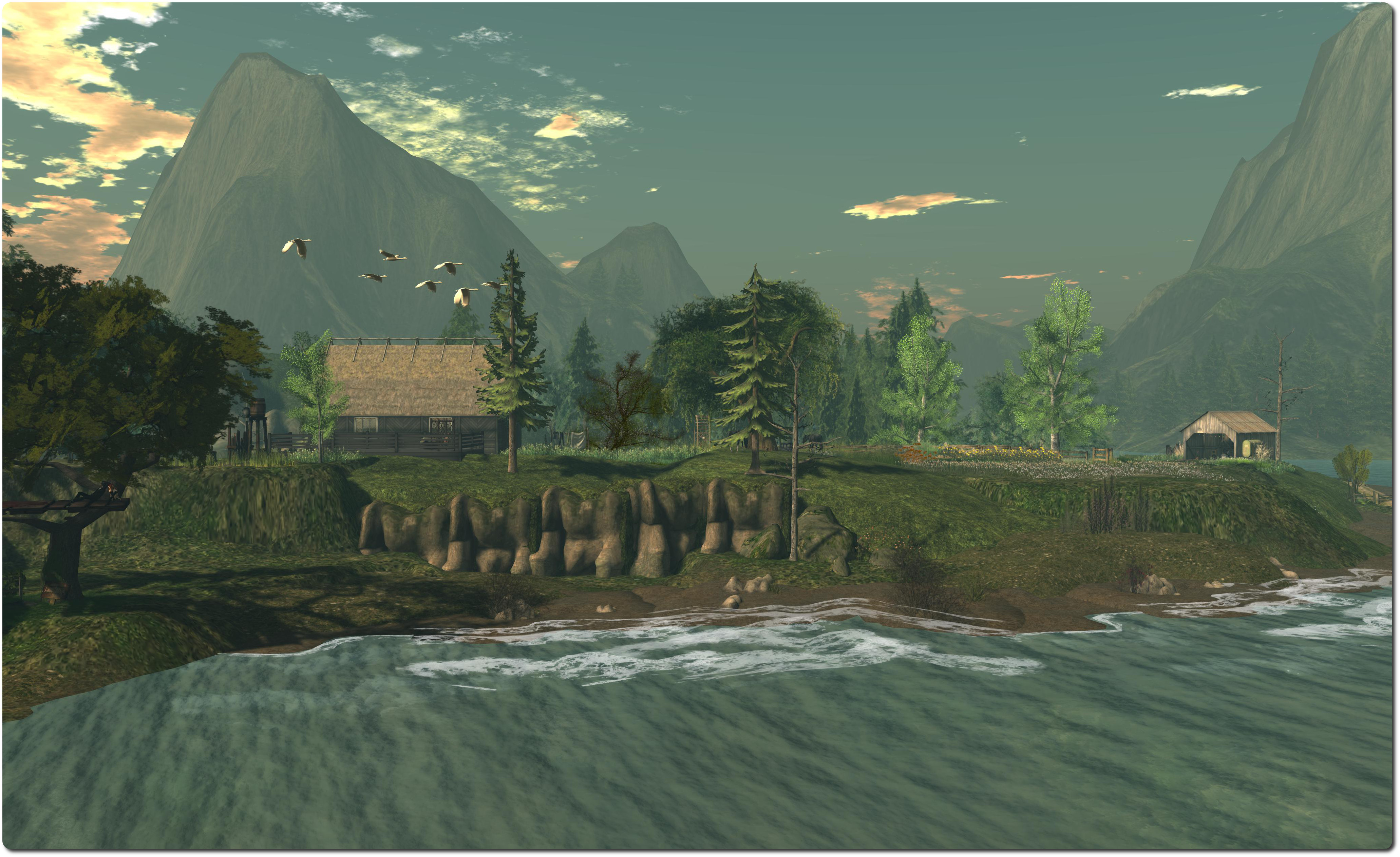 MENLO PARK, CALIF. – March 25, 2014 – Facebook today announced that it has reached a definitive agreement to acquire Oculus VR, Inc., the leader in immersive virtual reality technology, for a total of approximately $2 billion. This includes $400 million in cash and 23.1 million shares of Facebook common stock (valued at $1.6 billion based on the average closing price of the 20 trading days preceding March 21, 2014 of $69.35 per share).  The agreement also provides for an additional $300 million earn-out in cash and stock based on the achievement of certain milestones.

So opens a press release issued by Facebook on Tuesday March 25th, 2014.

This is a pretty stunning announcement, and shows that, as Mark Zuckerberg states in the release, “Mobile is the platform of today, and now we’re also getting ready for the platforms of tomorrow. Oculus has the chance to create the most social platform ever, and change the way we work, play and communicate.”

The news has sent shock waves rumbling across the social media sphere, with many reacting positively to the news, and other reacting negatively. Following the announcement, Cory Ondrejka at Facebook was unsurprisingly excited by the news.

While Markus Persson of Minecraft fame responded to the news with as less favourable response, which was quickly picked-up by the games media.

Others also didn’t appear to be initially impressed by the news, either, including those who funded the original kickerstarter. Meanwhile, Techcrunch reported a slide on Facebook’s share price which, while closing on the day overall, saw Facebook’s share value below its open price of $64.25, resulting in a loss of $1.5 – $1.8 billion market cap. However, as Techcrunch also notes, this isn’t the first time Facebook’s shares had dropped following the announcement  of an acquisition.

Theories as to why Facebook have made the move abound, with some pointing to the company tripping-up on the explosion of the mobile market and so are perhaps afraid they might miss-out on the growth of VR if it takes off suddenly. Others are suggesting Facebook is keen to jump on the possible marriage of the Oculus with mobile technology.

I’ve been somewhat skeptical that VR will explode in quite the immediate way many have been predicting – which is not to say I don’t think it will be big; I just think it’ll take longer to get there on all fronts (i.e. beyond gaming) than some pundits are perhaps allowing. It seems I’m not alone in thinking this. Speaking to The Verge, Oculus investor Chris Dixon believes Facebook are playing the long game – rather like Google did with their acquisition of Android in 2005.

It appears Zuckerberg agrees with him. Commenting in a teleconference held on the afternoon on March 25th to discuss the acquisition, Zuckerberg said, “There are not that many companies building technologies that could be the next computing platform, and Oculus is the clear leader.”

In this regard, Zuckerberg went on to say:

But this is just the start. After games, we’re going to make Oculus a platform for many other experiences. Imagine enjoying a court side seat at a game, studying in a classroom of students and teachers all over the world or consulting with a doctor face-to-face — just by putting on goggles in your home.

This is really a new communication platform. By feeling truly present, you can share unbounded spaces and experiences with the people in your life. Imagine sharing not just moments with your friends online, but entire experiences and adventures.

Concerns have already been raised over the future of Oculus Rift as an open platform, something Oculus VR founder Palmer Luckey attempted to allay in a statement on the company’s Reddit page:

Facebook is run in an open way that’s aligned with Oculus’ culture. Over the last decade, Mark and Facebook have been champions of open software and hardware, pushing the envelope of innovation for the entire tech industry. As Facebook has grown, they’ve continued to invest in efforts like with the Open Compute Project, their initiative that aims to drive innovation and reduce the cost of computing infrastructure across the industry. This is a team that’s used to making bold bets on the future.

Whether such comments will quell concerns and upset, remains to be seen, although i’m not putting money on it doing so. Facebook undoubtedly have the financial and technical clout to boost Oculus Rift and VR into more mainstream consciousness. Whether this will come tied to a Facebook log-in requirements, again as some are already predicting, remains to be seen.

It’ll also be interesting to see how Facebook, after dabbing with virtual world environments through Cloud Party, consider virtual worlds, and the direction in which they might move. Could it be the “Facebookisation” of SL (or rather, perhaps, Linden Lab) may yet come to have a significantly new meaning? Or, less tongue-in-cheek, what about Philip Rosedale’s High Fidelity coming under the FB eye? Now there’s something to chew on (ETA: and in this regard, Palmer Luckey’s sign-off to his blog post announcing the acquisition is interesting: We’ll see you in the Metaverse!)

P.S. Techcrunch may score the biggest hit in this latter regard with their latest headline on the subject: Facebook Buys A Virtual World – that’s bound to get people rushing to their doors!

With thanks to Luke Plunkett at Kotaku.