I’ve been a huge fan of Kaya Angel’s work, and his Angel Manor has long been a favourite of mine; so when I read Quan Lavender’s post about a new build he has completed on behalf of his friend, Marcusgay Lefevre and the Lefevre family, it zapped to the top of my list of must see places.

And it is, in a word, magnificent.

The Lefevre Mansion and grounds occupy two regions, the mansion and the majority of its outbuildings sitting in a full region, and the adjoining homestead largely given over to gardens and open spaces.

The house itself is (obviously) much smaller than Angel Manor, but this doesn’t mean it is in any way lacking. If anything – and this is not a slight towards Angel Manor – the smaller size makes it somewhat more intimate and personal in feel; two essential elements for anywhere which is intended to function both as a public space and as a private residence. 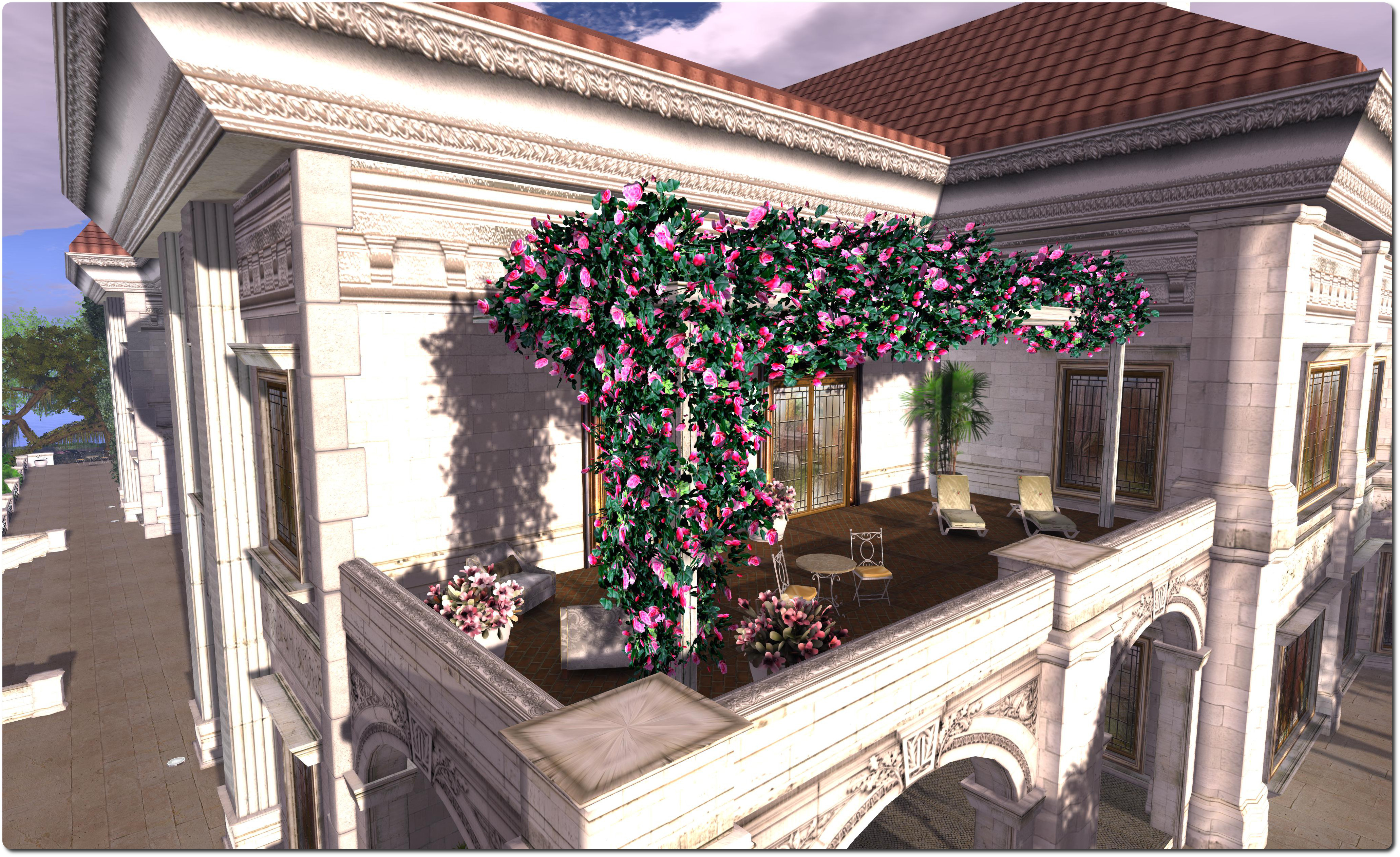 There is definitely a feeling of visiting a landed estate when touring The Lefevre Mansion. Both regions are beautifully landscaped, and from the arrival point, the visitor travels past the estate’s art gallery (possibly a coach house complex converted for this purpose?), through the wrought iron gates bearing the estate’s name, and can then follow the drive into the estate, passing the bath house before turning up and round to the front of the house. Or, if you prefer, you can turn off the main drive before reaching the bath house, and cross a well-tended lawn to arrive at a reflecting pool overlooked by the grand facade of the back of the house.

Inside the house, the rooms are lavishly and beautifully appointed, and all focused on the grand ballroom. I confess to being quite in love with the library, and could happily spend hours in there, if only the books could be taken and read! When exploring, do keep in mind that many of the rooms on the upper floor are a part of the family’s private residence.

This is another build which is not so much seen as experienced; it’s not enough to simply wander around, each room deserves the time take o linger and absorb the ambience; camming needs to be done with care or some detail might be easily missed. Great use is made of baked and scripted light effects, and ALM should be enabled, as there are touches of materials to be found around the house and in the grounds which add further depth to the overall look and feel.

When you’ve finished admiring the magnificent stately home, why not hop on the teleporter near the main entrance and see what might be going on up at the Partycular Theatre, which also has a home in the region.

Version 2.7.2.27938 brings the viewer up to parity with the Lab’s 3.7.2 code base and with RLV 2.8.5.10 and offers a series of inventory-related TPV updates, some rebranding and fixes, and the ability to re-skin the viewer with the default LL viewer skin. Release notes for the update are available here.

Version 3.7.2.27938 now incorporates three additions to the inventory floater which are popular among several other TPVs:

The UKanDo tab in Preferences has also been overhauled, with the options rationalised. A new sub-tab is added: Chat – IMs, which pulls together the chat / IMs related options previously found in the Miscellaneous sub-tab into a tab of their own (chat range indicators for the mini-map, notifications alignments, MUpose* and OOC options). Similarly, the Group Land Rez option is moved from Miscellaneous to Avatar (under the new Inventory heading) and also appears in the Build sub-tab as well.

UKanDo users can now opt to re-skin their viewer with the default Lab viewer skin. This is reported as being a part of the UKanDo 3.7.2.27938 update, but appears to work with earlier releases as well (tested with 3.7.0). Be warned, the process does require some fiddling on the user’s part:

The original UKanDo skin can be restored by following the steps above, making sure the original skin folder is renamed “skins”.

Another small-ish update, aimed at keeping the UKanDo viewer on a par with LL code updates whilst also incorporating a few nips and tucks.

The option to change the viewer skin is a somewhat convoluted process, especially compared to those TPVs which allow you to select a skin style from within them (e.g. through a Preferences tab) and then applies the selected style with a simple re-start. Whether UKanDo will also move in that direction, remains to be seen; as it is the copying / renaming of folders following each update to the viewer could get a little tiresome for some users.

That niggle aside, a compact and useful update for UKanDo users.