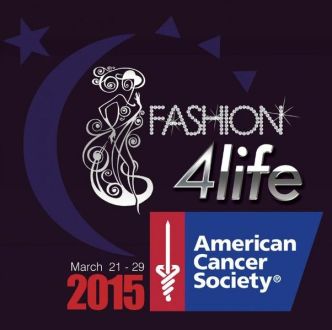 March 21st through March 29th inclusive will see Fashion for Life open its doors for a full week of non-stop, boundary-breaking, uplifting, shop-till-you-drop, dazzling entertaining events and more, all as a part of the 2015 Relay for Life season.

This year’s events will allow you to visit the great fashion centres of the world – Milan, Paris, London, New York, Los Angeles, Tokyo and Berlin –  and experience the best and greatest in virtual world fashion and couture. Throughout each region will be lots to see and enjoy, starting at 10:00 SLT on Saturday, March 21st, and ending at 23:00 on Sunday, March 29th.

Live entertainment will be taking place throughout the week across all nine regions of the event, which will be filled with art, beauty, colour and more – all the hallmarks of another breathtaking Fashion for Life Event.  All with the goal of raising funds for the biggest non-profit event in any virtual world which supports, promotes awareness, and gives hope to the millions of people around the globe dealing with the ravages of cancer on a daily basis – the patients, caregivers, families, research teams, and medical professionals at the forefront of the war against this abysmal disease.

The nine regions of Fashion for Life are currently under construction, and are being designed / sponsored by:

I hope to have the opportunity of previewing the event closer to the opening; in the meantime, the sneak peeks here will hopefully serve to pique interest 🙂 .

For more than 100 years, the American Cancer Society (ACS) has worked relentlessly to save lives and create a world with less cancer and more birthdays. Together with millions of  supporters worldwide, ACS helps people stay well, helps people get well, find cures, and deal with their journey against cancer.

Dathúil, meaning “colourful”, “lovely” or “beautiful” in Irish (also dhathúil), is the name of a new art gallery in Second Life, which opened at the start of March 2015. Run by Max Butoh, the gallery is located on his region of Floris, which is also home to the 1920s themed The Sable Club and the more adult-oriented The Chamber Society (the main venue for which is located well above the ground level of the region).

The gallery is imaginatively presented within the cavernous hall of an old distillery, complete with three great copper whiskey stills towards the back of the hall, and unused whiskey barrels stacked around the room or used as part of the furnishings. Together, these add a suitable additional ambience to the gallery.

Dathúil will feature the work of invited artists, with exhibitions currently looking set to be on a monthly basis. Featured for the gallery’s debut month is none other than Whiskey Monday, (appropriately enough in some respects given the gallery’s theme and her name), who offers visitors Recently, a collection of her more recent pieces.

Those familiar with Whiskey’s work will know that her photography is generally an evocative, provocative, intimate and fascinating mix of observation, questions of identity and of self, and semi-autobiographical thoughts and illustrations.  Her art grew as a natural exploration of her self-expression through mediums such as writing and social media, and as a result of her being inspired by Botgirl Questi, who has also pushed the envelope in the use of social media tools and digital media as a means of self-expression and exploration of identity and self.

What is on offer within Dathúil is a further illustration of Whiskey’s work through a marvellous series of images, all beautifully composed in such a way the the observer is immediately drawn into each and every piece, most likely experiencing a sense of self-identity with the subject matter underlying many of them. Several of the pieces on display include the props used in their creation, adding a subtle degree of additional depth to each them.

All of the pieces on display are available for sale, and Whiskey’s work can also be obtained in the physical world, via Fine Art America, where the individual items on offer can be purchased in a variety of formats, complete with world-wide shipping, and which really are all quite superb.

With Recently forming its debut exhibition and set to run through until the end of March 2015, and with work by Yannick Whoa due to be displayed through the month of April, Dathúil is already establishing itself as an art venue of choice. With an entire themed region built around to it also explore, why not pay a visit yourself (donations toward keeping the gallery and venue open always welcome!), and explore a corner of the 1920s as well as enjoying the art on display?