On Tuesday, March 10th, NiranV Dean released version 2.4.1.9 of his Black Dragon viewer, which includes his recent work on volumetric lighting for Second Life, which I reported on at the start of March.

The update also includes a number of other fixes to some long standing rendering issues that Niran has been attempting to fix. Taken together, they are part of a larger update Niran has been planning, but as he comments in the release notes, he wanted to get these particular changes out to show people, and will save the rest for his upcoming version 2.4.2 release.

The first of the changes Niran has made relates to the way in which graphics memory is used with textures. Generally, the viewer has one slider for setting a limit on the amount of texture memory, which encompasses everything you see in the viewer, including all of the UI elements.  The is generally set to 512 Mb by default.

With the 2.4.1.9 release of Black Dragon, Niran has split how graphics memory is used between “global” textures – which include all the UI elements, etc., and the graphics memory currently being used to render the current scene – what you are actually seeing in-world at any moment in time.

The idea here is to provide the scene textures with their own “pool” of graphics memory, so they are no longer competing for graphics memory with all the other textures obtained from the region and the viewer’s UI textures, and should thus result in fewer issues of visible textures being “thrashed” (e.g. constantly switching between blurry and clear as they are swapped into and out of memory due to lack of space).

As I’m not a graphics or viewer rendering expert, I can offer no opinion on this approach. However, do note Niran’s recommendation to set texture memory to 512 Mb (the default upper limit for SL viewers, set several years ago to avoid OpenGL issues which might occur when setting large memory allocations) and the scene memory to 256 Mb.

Horizon and Other Rendering Fixes

One of the visual irritants in Second Life when running the view with the Advanced Lighting Model option (which Niran still refers to by its more technical name of “deferred rendering”), those living at altitude in-world (or flying at a few hundred metres above sea level), is the way in which the line of the horizon between “sky” and “sea” forms a concave curve across the screen, rather than a flat line as one might expect.

With Black Dragon 2.4.1.9, Niran has addressed this, and a few other horizon-related rendering issues so that – and again when running the viewer with Preferences > Display > Deferred Rendering (ALM) enabled, the horizon now appears as a horizontal line, as shown in the two images shown here, taken from Rebeca Bashly’s When Life Gives You Apples … Run.

Images of all the horizon rendering adjustments Niran has made can be found in his blog post on the release, linked to at the top and end of this article.

END_OF_DOCUMENT_TOKEN_TO_BE_REPLACED 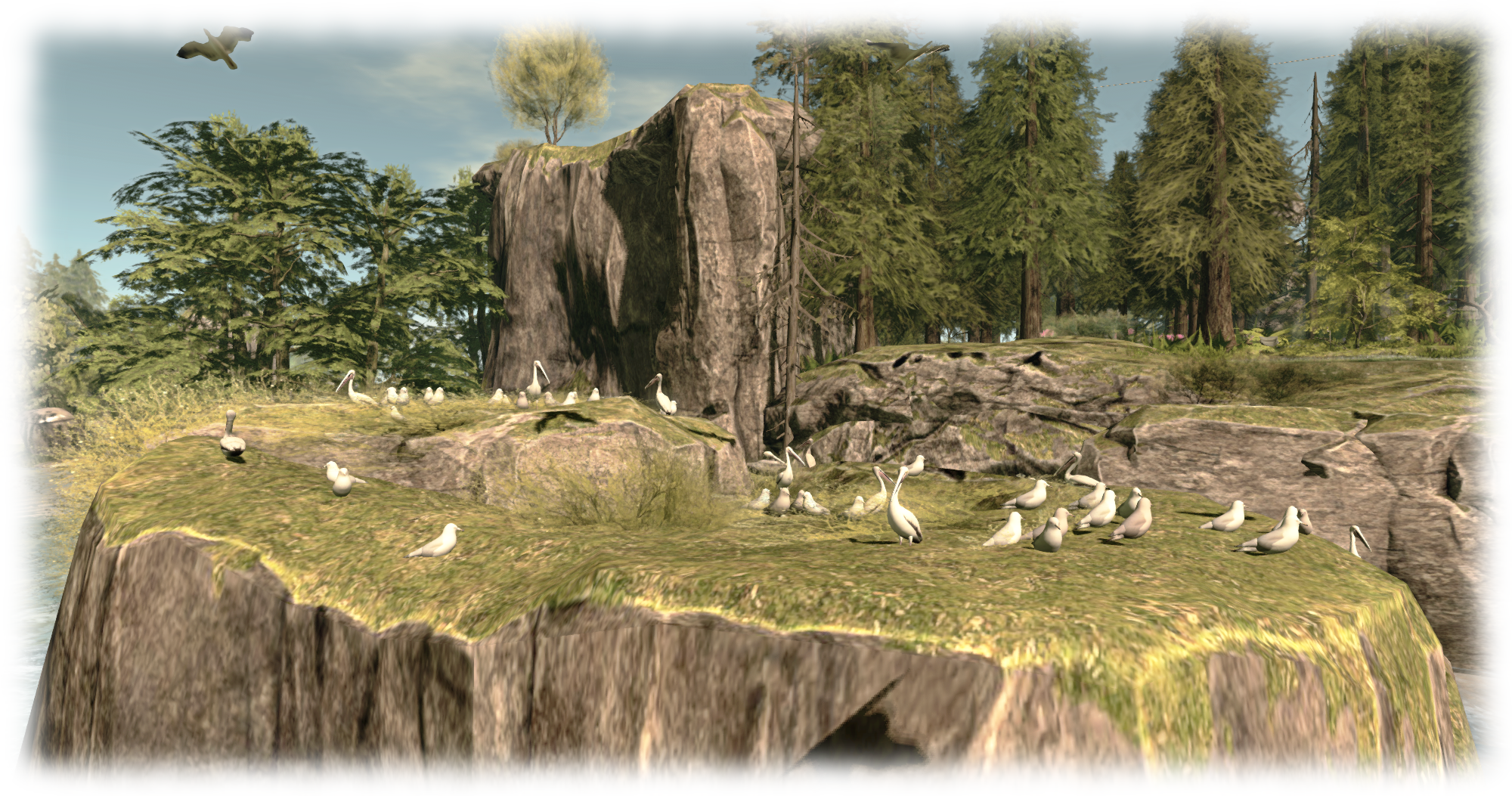 When asked during the Simulator User Group meeting on Tuesday, March 10th whether the “internal improvements for premium users” was related to the change to the in-world receipt of off-line IMs, as mentioned at the last SBUG meeting, Simon Linden could only say, “I’m not supposed to announce anything, so I can’t go into details … but one thing we’re looking at this year is ways to make premium accounts better. This may or may not do something like that eventually.”

A new Maintenance RC viewer, version 3.7.26.299610,was released on March 6th. This includes multiple fixes and improvements as listed on the release notes and download page.

Although the Experience Tools viewer has been updated (see above), there is still no news on when Experiences might be fully deployed. In order to help build interest in Experiences a suggestion has been put forward to enable Experiences to be rated in terms of the number of people actively joining them (see BUG-6911), which could be optionally shown (at the Experience creator’s discretion in things like search listings, allowing people to judge Experiences by their popularity.

The Lab has considered allowing users to rate Experience themselves in a future update – but as point out in the JIRA comments, such a system could be open to gaming, much like the old avatar popularity ratings. BUG-6911 has been imported by the Lab, but it is currently unclear if the idea will be carried forward.

As also noted in my last updates, recent changes to the group chat service have seen up to a 20% failure rate in delivered messages. Simon Linden spent a fair amount of time during week #10 stabilising things once more, and notes that the situation taught the Lab more about how things might fail. He currently has a set of updates which may further improve things, and these are liable to be tested at the next Server Beta User Group meeting.

There have been reports of avatars added to a region / estate ban list or have been previously muted suddenly dropped from the list without an action on the part of the list owner. This might be connected to the old issue of bans made using radar on some older versions of v1-style viewers (notably Phoenix) failing to “stick”, or it may be something else, such as a failure to correctly update a ban / mute list.

Commenting on the subject at the Simulator User Group meeting, Simon said, “we’ve heard reports of that and have looked into it … if you ever can narrow down an instance of that happening, please note it in a JIRA … Our logs will record info about those changing but we have to know where and when to look

“I’m making wild guesses, but I think it would be either the viewer or the simulator making an update to the ban list, and somehow having bad data.   Perhaps an incomplete list gets into the picture, and using that as a basis for the update it drops people.   Our logs will show events like “MrNoisy was added” and “MrGoodBehaviour was removed” but finding the event is the missing part of the puzzle.

“If you have multiple regions in the estate, there’s another issue of having the changes sent out to all the regions.   We’ve seen failures there and I know it’s been worked on a few times (and suspected in some of these reports).”

So, if you do encounter a situation involving an apparent ban list failure, and can log the exact circumstances / details, please consider raising a bug report.