While introducing Maya to sailing in Second Life recently, I took us out on Exotix 2, heading south across Blake Sea with no particular destination in mind. As we headed down the coastal regions towards Honah Lee (see my write-up here),  I found myself asking, “ever seen the SS Galaxy?”

“No,” Maya replied. “What is that?” And with that, our course was set.

I mention this by way of introduction, because I frequently meet people unaware of the Queen of the Sagittarian Sea, more properly known as the SS Galaxy, which tend to surprise me, as she is quite unique and one of the sights of the platform. At almost three full regions in length and about 1/4 of of a region wide, she is quite probably probably the largest vessel afloat in any gird-based virtual world. “Launched” in mid-2007, she is a hugely impressive sight (and build), with an unladen primmage in excess of 32,000.

Obviously, at that size, the Galaxy isn’t a mobile vessel, but that doesn’t matter, because what it has always offered Second Life residents is a destination with broad range of activities and a calendar of events in a very unique setting.  It also offers over 100 suites, cabins and mall spots to rent by those looking for a place to live or in which to establish a shop front.

I first visited the Galaxy in 2008, and became a semi-regular visitor over the years, first blogging about it in 2011.  I’ve continued to pay the occasional visit since then in as much as since taking up flying, I’ve often used the Galaxy as a way point for my solo flights when I’ve no particular destination in mind, and have very occasionally sailed around her. However, it’s actually been a few years since I last explored her decks and facilities, so the sailing trip with Maya turned into an unexpected opportunity to re-familiarise myself with this massive ship.

If you are going to explore the liner, the best place to start is the aft embarkation landing. From here you can peruse the ship’s deck plan and determine points of interest you might like to visit. The list of these includes the Zodiac Ballroom, Constellation Lounge, shopping mall, art galleries, swimming pools (indoor and out), ice skating rink, health spa, restaurants, nightclub, conference facilities, and more. Decks can largely be wandered at will, with both staircases and elevators linking them, making getting around easy.

The upper deck offers the greatest concentration of attractions. It is here you’ll find the Zodiac Ballroom, sitting under a huge glass dome, the main dining room and bar, the ice skating rink, coral lagoon pool and the wedding chapel and reception area. A couple of public helipads offer those flying in a place to land, but be aware that auto-return in set to 15 minutes, and rezzing is disabled.

The upper deck also offers a couple of attractions I used to enjoy years ago with friends, but again haven’t played in a long time: the miniature putting green and the skeet / clay pigeon shoot. These are located at the aft end of the deck, close to the dome of the Zodiac Ballroom,  along with the skydiving launcher and landing point, where I was able to introduce Strawberry Singh to the joys of skydiving in 2014.

As one would expect aboard a cruise ship, live events and music are a regular part of the Galaxy’s calendar, and details of music / dancing events can be found on the ship’s events calendar, also reproduced on the on the Galaxy’s blog which also includes general news and information about the ship.

The Galaxy may be an all prim build and perhaps lack more recent innovations introduced to SL such as the use of materials as a part of interior texturing, but it would be a mistake to dismiss her as “old school” because of this. What she may lack in terms of modern day build options she more than makes up for in terms of facilities and things to do; as such she still stands as a worthwhile destination for those who like exploring Second Life. What’s more, as she approaches her eighth anniversary, the SS Galaxy stands as a part of the history of Second Life, and her presence in-world is testament of how the platform has always been a springboard to our imaginations and creativity. 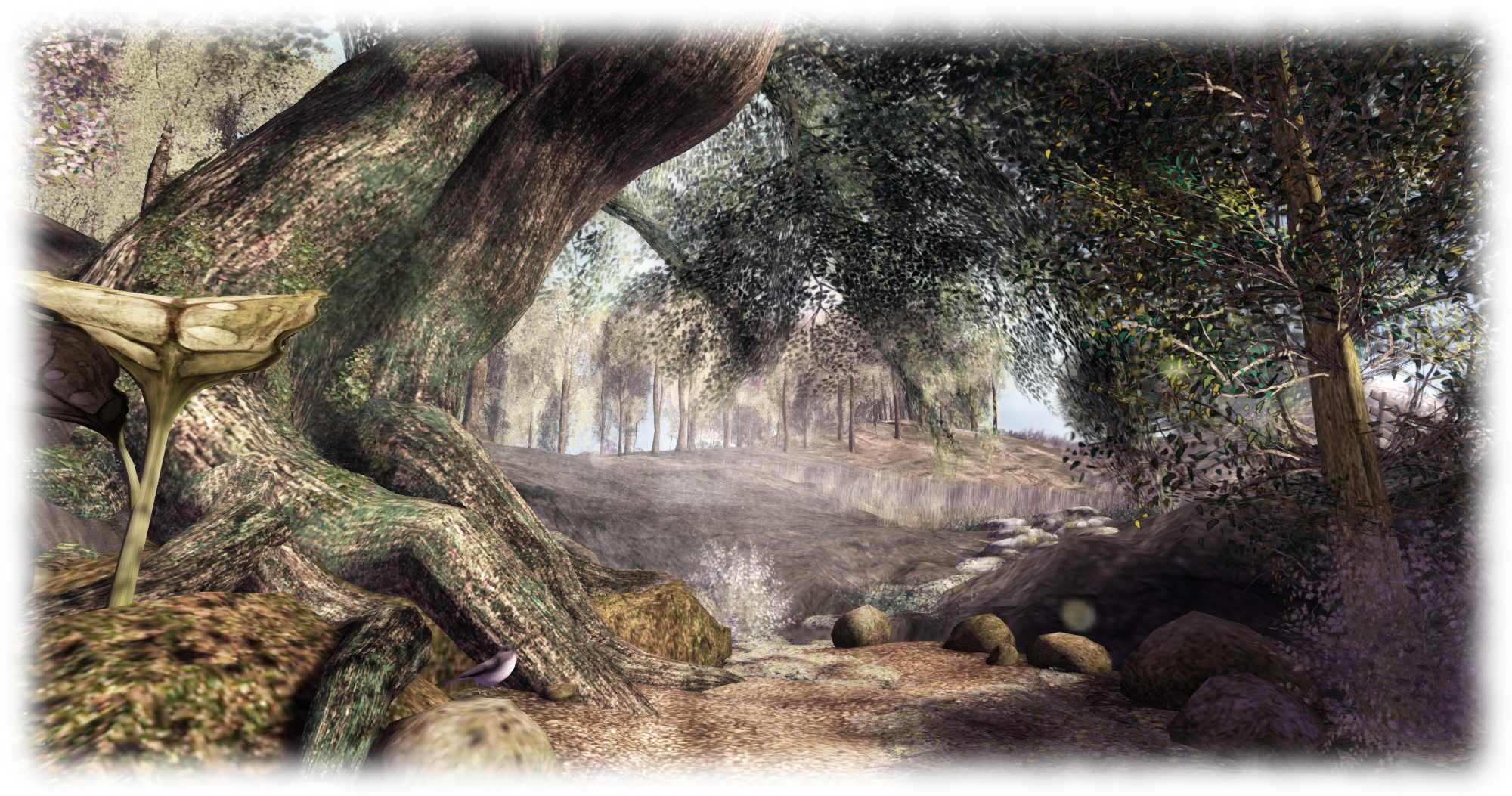 There were no scheduled deployments to the RC channels on Wednesday, March 4th.

Following the last deployment of back-end group chat changed during week #9, some large groups with active group chat have reported an increase in issues of message failures, although they appear to do so somewhat randomly, with some people seeing them and others simply not receiving them at all.

Commenting on the problem at the Simulator User Group meeting on Tuesday, March 3rd, Simon Linden summarised the situation thus:

In short, yes, it’s cranky, and yes, we’re (as in I am) looking at it … the chat server itself is actually running better than before, believe it or not. A back-end service it relies on, what we call “agent presence” [used to help locate someone on the grid], seems to be having new problems, so the changes may have added load to those servers and is causing problems, or something else unexpectedly changed … [So] some people don’t get the messages when chat is failing … it’s dropping sending some updates and messages when it times out with some other internal requests.

Further updates will be provided as the Lab / Simon continues to look at the problems.

There have been recent reports of people experiencing slow texture and mesh load issues, leading to questions concerning the CDN service (although some of the issues that have been mentioned might be related to local caching more than the CDN). In particular questions have been asked as to how long a CDN server retained its cache of data relating to regions prior to going “cold” and requiring a “reload” from the SL services. Commenting on this at the Open-source Developer meeting on Monday, March 2nd, Oz Linden said that some CDN caches do age out more quickly than others.

The Lab has also been experimenting with more than one CDN provider, and are continuing with different CDN configurations as well to further tune things, as well as continuing to measure results; so we may yet see further changes  / improvements, and a possible decrease in instances that may be related to “cold” CDN loads.

The Server Beta Meeting on Thursday, February 26th saw the issue of a “new” mesh crasher being used on the grid. This is essentially a deliberately corrupted rigged mesh attachment which, when worn will cause viewers around it to immediately crash, with no warning or ability to take preventative action, such as muting the offending avatar.

Just over a year ago, some advice was given on how to counter graphics crashers by adjusting the viewer’s debug settings, and some people many be getting pointed towards it again in order to avoid being affected by the “new” crasher.

However, changing the specified debug settings can lead to a failure to render much of what you actually want to see, as noted in  this comment following the article. At the time the advice was given, the Firestorm team tracked many of the problems their users were experiencing directly to the settings having been changed. Ergo, if you are pointed to this particular article as a means of combating graphics crashers, please keep in mind you may gain undesirable results, and keep a note of the original settings so you can switch back to them should this be the case.

During the discussion on this matter at the SBUG meeting, speculation was raised on whether or not the forthcoming new viewer rendering controls (see: STORM-2082). opinion is divided, as the viewer downloads the data which may cause a graphic crash and starts processing some of it in order to determine what to render or not, and even this initial processing could be enough to crash it.

There has been an uptick in the number of snapshot uploads to the SL feeds failing over the course of the last week, with some additionally reporting issues of comments failure to appear / “loves” failing to stick. Some users also reported issues over the weekend with web profiles failing to load, and a JIRA (see BUG-8677) was logged on this issue on March 3rd.

Whether the two issues had a common cause isn’t clear, but as the latter has been resolved, and you are one of those continuing to experience snapshot upload failures, please file a JIRA providing as much information as possible (links to any feed post with a missing snapshot, date / time of upload, number of failures, etc.).