I first visited Pinoy Hideout, the full region designed by Neva Crystall for Kate Gavin, in November 2014, and found it to be a peaceful setting with much to see and enjoy.  The region has now been redesigned, again by Neva, to become somewhat more cosmopolitan in places whilst also retaining a rural feel as well.

The urban section of the new design looks to be leaning towards a retail venue, many of the building appearing to offer ideal space for stores. The buildings themselves present an interesting mix of styles, giving the streets a curious and engaging feel that small parts of London, Paris and Naples have been lifted up, mixed together, and then put back down in an eye-catching bend of looks and feel.

Walk down the main west / east street for example, and you might be strolling along a street in North London, with square-fronted Victorian / Georgian style houses rising from the footpath, against which are parked a little Mini Cooper and an Aston Martin, suggesting (yes, OK, colours allowing!) Charlie Croker and James Bond are in town.

Turn a couple of corners, however and you are walking a little street with a far more European look and feel, complete with Parisian newspaper / magazine kiosk, a little Vespa scooter parked alongside. Crossing the east end of the region sits a waterfront area, with stone pier complete with moored sailing boats, giving Pinoy Hideout a touch of a Mediterranean feel.

To the north and south of the region are more open spaces, rural to north, complete with farm and country church, and more park-like to the south, where sits a large wooden events barn, paved footpaths and a gazebo-shaded seating area.

Exploring the region offers up many opportunities for photography, as well as for simply sitting down and enjoying time with friends. As well as the gazebo mentioned above, there’s an outdoor cafe, park benches and assorted cuddle spots awaiting discovery, as are little paths cutting between building and the rocky plateaus which help to naturally break-up the landscape.

I enjoyed my original visit to Pinoy Hideout back in November, it offered an interest mix of settings as well as presenting people with a lot to do. The new design retains all of the latter; but to my eye at least, presents a much more integrated look as one travels around it; there is far more of a feel of continuity of style and theme evident than perhaps was offered in the original design. This alone makes a re-visit more than worthwhile, and it’ll be interesting to see if designers and stores do take-up residence in the offered spaces, assuming they will be made available for rent, and to see what events might take place in the barn on the south side of the region.

It’s time to kick-off another week of fabulous story-telling in voice, brought to Second Life by the staff and volunteers at the Seanchai Library.

Caledonia, Kaydon and Corwyn once more reconvene at the rooms of 221B Baker Street to read the story of The Adventure of the Speckled Band, which first appeared in The Strand Magazine in February 1892, and is notable for becoming the basis for a 1910 stage play written and produced by Conan Doyle, and which starred H. A. Saintsbury as Sherlock Holmes and Lyn Harding as Dr. Grimesby Roylott.

Helen Stoner lives with her stepfather,  Dr. Grimesby Roylott, last survivor of what was a wealthy but dissolute and violent tempered aristocratic family. Roylott himself is known for his violent temper, and served time in India for the murder of a servant.

Miss Stoner’s visit to Holmes is prompted by Roylott’s demand that she move into a room at his country estate where her twin sister died under mysterious circumstances two years previously, her dying words being, “the band! the speckled band!” Helen is unwilling to occupy the room as there is something decidedly strange about it; thus she seeks Holmes in order to confide her fears in him.

After her departure, Roylott arrives and forces has way into Holmes’ presence, demanding to know what Helen has been saying. Failing to gain any information from Holmes, despite a show of brute physical strength intended to intimidate, Roylott leaves. However, his actions have now firmly established himself at the centre of the Great Detective’s attention…

Cata Charisma continues his reading of John Stephens’ The emerald Atlas, the first volume in his fantasy trilogy for young adults, The Books of Beginning.

Having been passed from pillar to post through orphanages, three siblings, Kate, Emma, and Michael, find themselves lodged at the home of one Dr. Stanislaus Pym. Kate, the eldest of the three is driven by a promise made by her mother, that if Kate protects her younger sister and brother, then their family will be one day reunited.

But in their explorations of Dr. Pym’s house the three of them find their way into the basement, where they come across a mysterious door and an equally mysterious emerald-covered booth, entirely without text. When an old photograph touches the blank pages of the book, however, the three are immediately transported to the time and place depicted in the photograph. Her they find themselves in a realm populated by witches, henchmen, giants, dwarves and more – and one Dr. Stanislaus Pym, a good deal younger than when they last saw him in his house…

Gyro Muggins returns to Roger Zelazny’s 1971 novel which mixes science-fiction and fantasy, the title of which is an homage to Jack Vance. 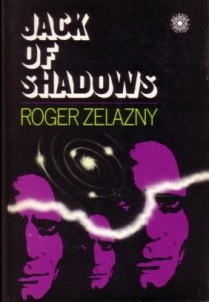 The story takes place on a tidally locked planet – that is, one whose rotation about its axis precisely matches its orbit around its parent body, thus the same face is always presented to the parent body (just like our own Moon always presents the same face towards Earth). Given that the parent object in this case is the planet’s Sun, it means that one side of the planet exists in perpetual daylight – and is the seat of science; while the other lingers in perpetual night – and has become the seat of magic.

It is from the latter that the protagonist of the story – Shadowjack – comes. Even among his own kind, he is unusual, for the manner in which he draws upon his power; something which can, in the right circumstances make him exceptionally potent. However, when placed in either complete light or complete darkness, he is almost powerless. Jack’s only friend, Morningstar is doomed to what is effectively eternal punishment unless Jack can cross between the two realms of light and dark, combining his abilities with the power of science. Thus Jack must risk being lost in total light or total darkness in order to rescue Morningstar. And if he fails, who might rescue him? 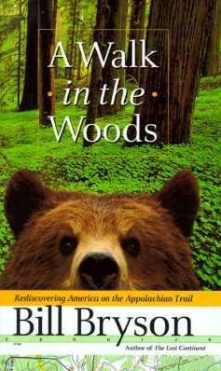 By his own admission, Bill Bryson isn’t the world’s greatest adventurer. This being the case, you’d think he’d have serious misgivings about undertaking this particular “walk in the woods”, as he disarmingly calls it: taking the 3,500 kilometre (2,200 mile) Appalachian Trail – a journey which would take five months to complete.

Travelling with his good friend “Stephen Katz”, the book is both a humorous guide to the trail and a set of serious and insightful comments / discussion on the trail’s history as it winds its way from Georgia (where Bryson was living at the time the book was written in 1998), to Maine. These discussions cover a broad range of subject including the sociology, ecology, trees, plants, animals and people of the states through which the trail passes (Georgia, North Carolina, Tennessee, Virginia, West Virginia, Maryland, Pennsylvania, New Jersey, New York, Connecticut, Massachusetts, Vermont, New Hampshire, and Maine).

Join Kayden Oconnell as he resumes retracing Bryson’s footsteps through the pages of this classic.

Wednesday June 1st, 19:00: An Interesting Year at the Newberys 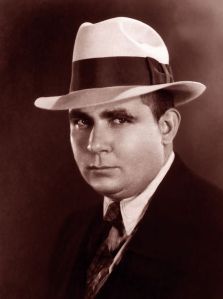 Robert E. Howard is probably best known for his Conan the Barbarian series. However, despite a relatively short writing career (he committed suicide at the age of 30), he wrote in a number of genres include sword and sorcery and horror.

In the 1930s, towards the end of his writing career, he found an interest in fascinated by Celtic themes and his own Irish ancestry, going so far as to teach himself a little Gaelic. He also started writing two series of Irish tales, focused on Turlogh Dubh O’Brien and Cormac Mac Art, although only the former have so far seen publication.

Set in 11th Century Ireland, the initial Turlogh Dubh O’Brien stories were published in 1931, being The Dark Man and The Gods of Bal-Sagoth (which, despite being the sequel, saw publication first). The remainder of the stories, including the unfinished and untitled story were published posthumously between 1975 and 1996

Join Shandon Loring as he delves into this series of short tales.

Please check with the Seanchai Library SL’s blog for updates and for additions or changes to the week’s schedule. The featured charity for April / May is Habitat for Humanity, with a vision of a world where everyone has a decent place to live – a safe and clean place to call home.