Update: Both Alpha and Omega Points have closed.

In October last year, I wrote about Alpha and Omega Points in SL. Operated by Masoon Ringo and Sweetlemon Jewell, these two sims are home to incredible builds that straddle the sci-fi / fantasy divide and offer visitors much to see and do, as I reported at the time. 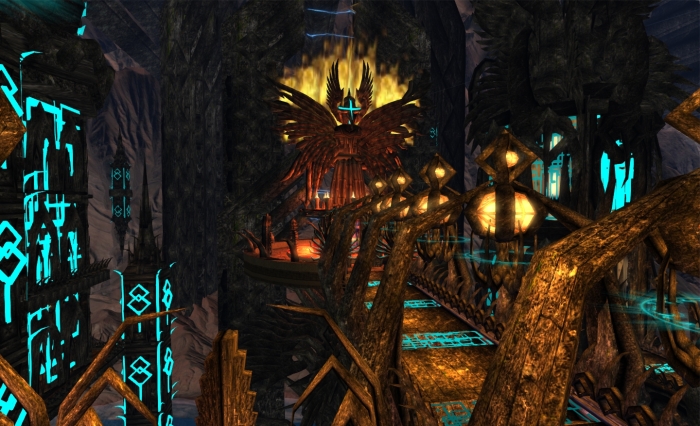 I dropped in on the sims at the end of April to find they were under reconstruction. What I saw then intrigued me, so I decided to wait a couple of weeks and pop back over and see what has happened.

The “ground level” build has changed extensively, although there are still strong echoes with the previous build: the same lowering skies, the lightning, and so on, while elements of the build itself carry echoes of the last: similar hanging walkways, elegant stairways, ornate sculptures and hidden surprises. But there is also much that has changed, and elements that give this build something of a “darker” feel – at least on the outside. 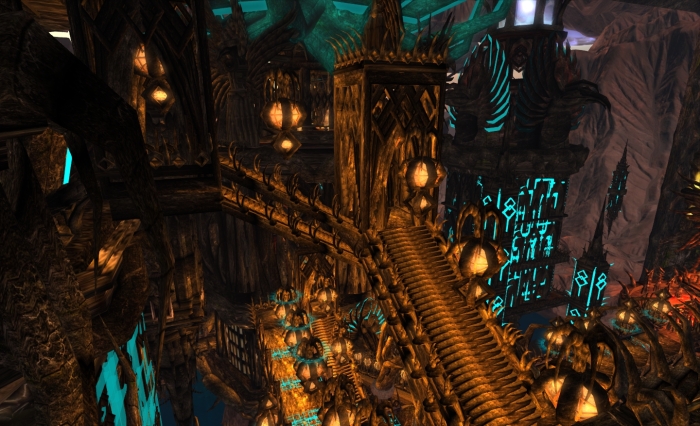 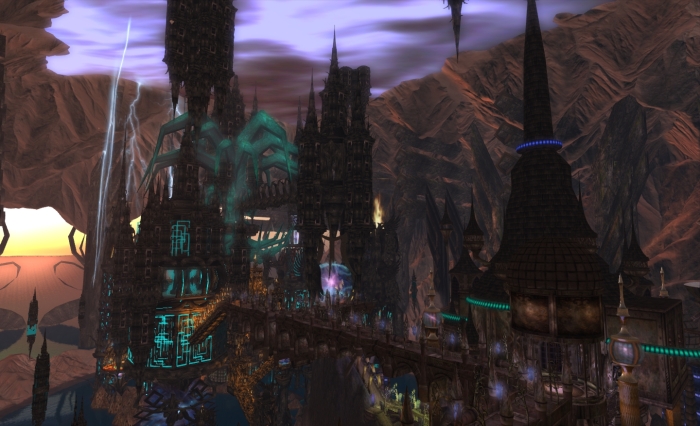 The “Village To Heaven” appears to remain unchanged  – and is still as magnificent as on my last visit, and the Fall Pods are still available for those wishing to take a ride back down to the lower builds. 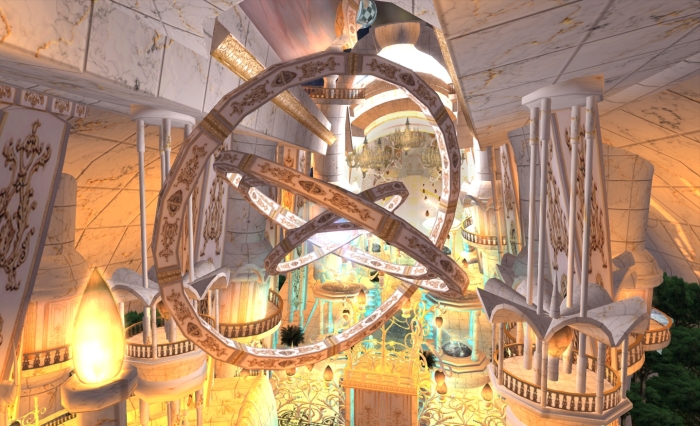 4 thoughts on “Return to Alpha and Omega”