Here are the bullet-points on the available details:

Note that this event is being organised by residents, for residents – there is no direct involvement from Linden Lab. Along with the festivities there will be fundraising for Broadway Cares/Equity Fights Aids, a charity supported by Dream Seeker Estates. 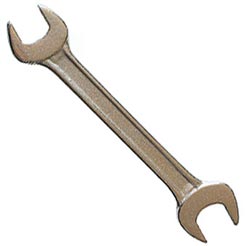 On Friday, I drafted a piece on the lack of direct feedback from Linden Lab vis-a-vis the recent rounds of maintenance carried out on the 8th, 9th and 10th May. I held off publishing  because I opted to wait until Close of Business in California to see if anything would be forthcoming. Then I got involved in other things, and completely pushed the post out of my head.

In the meantime, Tateru has, with her usual incisiveness asked the question I was planning to ask, but far more succinctly and directly. It’s a good read, and I suggest that if you haven’t you go read it – if only to save yourselves from hearing the same old, same old from me.

Elsewhere – well, Nalates Urriah’s blog to be precise – it may appear that the poor state of communications isn’t restricted to the amount of information flowing out of the company to the users, but many extend to internal communications within the Lab. In her piece, and in reference to the maintenance periods, she reports that Andrew Linden commented:

I think part of that is an operating system upgrade on some hosts, not network level maintenance, but I’m not sure. We’re definitely working on migrating to later versions of Debian, but there will be a few upgrades along the way before we arrive at Debian/Squeeze.

Andrew, together with many of the other Linden staff involved in User Group meetings usually try to be as informative as possible. Following the outage of the 26th April, for example Oskar attempted to provide some explanation via the forums, as Jack Abraham pointed out on this blog, and Daniel Voyager later reported via his.

So when you do see normally forthcoming staff using terms like “I think,” and “I’m not sure,” when describing a situation that impacts the entire SL service, it’s a little disconcerting, and might be seen as suggesting internal communications at LL may be lacking. After all, Andrew is a part of a group of LL staff who do face users, and who are likely to get asked the hard questions when something major is going on, so you’d perhaps expect the company to ensure they are furnished with sufficient information to be able to field such questions with a measure of clarity.

There was a time when we would see blog reports related to upcoming service improvements, and posts on outage postmortems. But no more. Instead, we’re left hanging or having to resort to scrabbling around the forums in the hope that someone has had the foresight to say something. And while it is great that news is frequently passed out at User Group meetings, not everyone attends these, so the message tends to go more unheard than heard.

Simply put: there is no substitute for clear, open communications – and however you look at it, the SL blogs are the best place to communicate when it comes to major announcements and service issues. In these cases, all other channels should point back to the blog, not used in place of the blog. As Tateru points out, the Grid still isn’t the most stable of environments following the recent work; we have no idea as to what the general status of the grid is or what is going on – and that leaves us guessing.

Going on Andrew’s comments, we may not be the only ones. Either way, it would be nice if someone at Linden Lab stepped up to the keyboard and took a little time to let their users and customers know exactly what is / has been going on, and how things stand.