British-born Stephen Wolfram is best known  for his work in theoretical physics, mathematics and computer science. He  began research in applied quantum field theory and particle physics and publish scientific papers when just 15 years old. By the age of 23, he was studying at the School of Natural Sciences of the Institute for Advanced Study in Princeton, New Jersey, USA, where he  conducted research into cellular automata using computer simulations.

When introducing Wolfram through the High Fidelity blog, Philip Rosedale notes this work had a profound impact on him, as did – later in life – Wolfram’s 2002 book, A New Kind of Science.

More recently, Wolfram has been responsible for WolframAlpha, an answer engine launched in 2009, and which is one of the systems used by both Microsoft’s Bing “decision engine” and also Apple’s Siri. In 2014, he launched the Wolfram Language as a new general multi-paradigm programming language.

In become an advisor to High Fidelity, Dr. Wolfram joins Peter Diamandis, the entrepreneur perhaps most well-known for the X-Prize Foundation, Dr. Adam Gazzaley, founder of the Gazzaley cognitive neuroscience research lab at the University of California, Tony Parisi, the co-creator of the VRML and X3D ISO standards for networked 3D graphics, and a 3D technology innovator, Professor Ken Perlin of the NYU Media Research Lab, and Professor Jeremy Bailenson, the director of Stanford University’s Virtual Human Interaction Lab.

In their October update published at the start of November, High Fidelity followed-up on the work they’ve been putting into various elements of tracking movement, including the use of BinaryVR for tracking facial movement and expressions. In particular, the company’s software allows users to create a their own virtual 3D face from 2D facial photos, allowing them to track their facial animations in real-time, transforming them onto the CG representation of their face.

Integration of the BinaryVR software allows High Fidelity to track users’ mouth movements through their HMDs, allowing their avatars to mimic these movements in-world, as Chris Collins demonstrates in the update video. The company has also been extending the work in full body tracking, as seen in my October coverage of their work, and this is also demonstrated in the video alongside of more in-world object manipulation by avatars, with Chris and Ryan building a tower of blocks and Chris then picking up a gun and shooting it down.

The hand manipulation isn’t precise at this point in time, as can be seen in the video, but this isn’t the point; it’s the fact that in-world objects can be so freely manipulated that is impressive. That said, it would be interesting to see how this translates to building: how do you accurately sized a basic voxel (a sort-of primitive for those of us in SL) shape to a precise length and width, for example, without recourse to the keyboard or potentially complicated overlays?

Maybe the answer to this last point is “stay tuned!”.

The UK Blog Awards, sponsored by Odeon Cinemas, Debenhams department stores,  and Hills Balfour PR agency, was founded in 2014 “to recognise true viral style and creative excellence across a variety of 16 UK industries, as well as awarding 2 sub-categories: Best Storyteller and Most Innovative award.”

“For what may seem like a lifetime, company employees and private individuals have been found Blogging about opinions, facts and sharing good practice with viewers of the worldwide web since the early 1990s,” the organisers note. “So, here at UKBA we thought it was about time that individual Bloggers and companies received recognition for all your well-earned innovative opinions and content!”

Nominations for the 2015 UK Blog Awards were held over November / December 2015, and one of the blogs nominated for a possible award has been Second Life’s own Windlight Magazine, for which I’m privileged to be a Contributing Writer.

Since its inception in July 2015, Windlight has become perhaps the premier arts magazine in Second Life, featuring a team of highly talented writers (and I’m not simply saying that because I do contribute!), and an outstanding editor / founder in the form of John (Johannes1977 Resident).

During the months following its inaugural issue, Windlight Magazine has provided superb coverage of the arts in Second Life, and has gradually encompassed broader elements of the platform – travel, fashion, etc.

At the same time, the Magazine has sought to promote the arts through the Windlight Fellowships, has supported notable charity activities, and has most recently stepped in to sponsor the UWA art gallery.

During this same period, the Windlight blog has become a go-to resource by which people can discover the arts in Second Life, learn how to improve their SL photography, find advice on art, photography and writing, read reviews of places to visit in-world, and more. As such, it is a worthy nominee for a UK Blog Award. 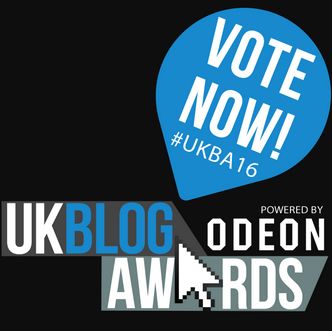 But it needs your help.

Public voting on blogs nominated for the 2015 Awards commenced on Monday, January 4th and will run through until the end of February. The top 10 most popular blog from the various categories in the nominations will then be shortlisted for judging by an adjudicating panel of experts, with the winners being announced at a special awards evening which will in London ion Friday, April 29th, 2016 (full details TBA).

To help ensure Windlight Magazine might be one of those finalists, please click on the image immediately above right, and place your vote.

Doing so might not only help Windlight Magazine reach the finals and possibly receive and award, but it will also help promote Second Life and Second Life arts to the rest of the world.

There were many remarkable space images published throughout 2015. However, perhaps one of the most memorable came at the end of the year, and coincided  with the release of Disney’s Star Wars: The Force Awakens. Captured by the Hubble Space Telescope, the image was immediately dubbed by the media as the “cosmic lightsaber” due to the manner in which part of the image resembles the double-sided lightsaber used by Darth Maul in an earlier Star Wars film.

It shows a new-born star laying within a cloud of dust, which is shooting out two beams of light from its poles and which seem to cut through the surrounding material and space.

The beams are no optical illusion, but the result of material from the surrounding dust cloud falling into the star, only to erupt into supersonic jets of material ejected up through the star’s poles and into space. As the jets travel outwards, so they encounter other dust and material, and distinctive arced shock waves form within the “beams”, which gradually give rise to knotted clumps of material called Herbig-Haro (HH) objects, and are ubiquitous in star-forming regions, although they are relatively short-lived in astronomical terms.

Given the nature of the HH object seen by Hubble (officially designated HH24), it is thought that the star causing it is very young – just a few thousand years old. It lies in a “stellar nursery” some 1,350 light-years away “in” the constellation of Orion, and which has one of the highest concentrations of HH objects yet found in our galaxy.

There is a mounting effort to see humans set foot on Mars some time within the next 25 years; however, Russia is apparently set on getting “crew” to Mars by 2017, in the form of four macaque monkeys.

The simians have been selected on the basis of their cognitive and learning abilities, and have been undergoing 3 hours a day of training for a possible flight to Mars, with news of the proposal first reaching the public domain in October 2015. The training is has been taking place at the Institute of Biomedical Problems in Moscow, and initially comprised training the monkeys to operate a joystick system to “shoot” targets on a screen, as indicated by a cursor.  Successful “hits” saw the monkeys rewarded with a sip of juice.

This has been followed by training the monkeys to solve simple puzzles and mathematical problems. “What we are trying to do,”  Inessa Kozlovskaya, responsible for the team training the monkeys, “is to make them as intelligent as possible so we can use them to explore space beyond our orbit,”

The Russian plan is to send the monkeys on a six-month voyage to Mars, during which their heath and ability to function during a prolonged stay in zero gravity conditions will be assessed, together with their exposure to cosmic radiation. However, Russian officials have refused to indicate whether the mission will include a return trip to Earth.

Sending animals into space isn’t new. The very first animal to enter space was in fact a rhesus macaque called Albert. He flew a short-duration ballistic flight atop a US V2  in 1948, but died of suffocation mid-flight. His successors were no less fortunate. Alberts II, and IV were killed on impact when their capsule parachutes failed to deploy, and Albert III died when his V2 exploded on the edge of space.