On Tuesday, February 17th, the Firestorm team launched the latest in their Tool Tip Tuesday series, with Jessica taking a look at Contact Sets.

Contact Sets provide a way to organise your friends – and other people – into sets or categories, using your own criteria. Thus you can create sets of friends, colleagues, business contacts, and so on. They aren’t necessarily for everyone, but for those who are a member of different role-play groups or combat groups, etc., or who need to manage lists of customers or tenants, etc., and perhaps need a quick way of identifying people, they can be very useful.

By assigning a colour to a Contact Set you can, for example, make it easier to identify members of that group in your Friends list or on the mini-map, or through their name tag in-world – or even in group, IM and nearby chat. So identifying a customer or tenant in a crowd becomes very easy, helping to smooth any communications which take place, while spotting people on the mini-map is also made easier.

And if you have problems reading fancy text people sometimes use in their display names, Contact Sets lets you assign an alias to contacts who do, making it it easier for you to identify them without struggling to read their display name.

Contact lists can also be be shared across accounts. This means that if you use alts for a specific tasks (such as customer care) you can copy one or more Contact Sets from one account to another, making the management of your customers that much easier when using your various accounts.

However, the very power found in Contact Sets can make getting to grips with them a little bewildering – so if you’ve ever wondered what they are all about, but have fought shy of diving into them, Jessica’s introductory video should be just the ticket for you. In it she provides an uncomplicated overview of the major features in Contact Sets and demonstrates how to get started within using them.

Should you want to know more about Contact Sets after watching the video, then be sure to check the Firestorm class schedule for lessons on them, and further guidance can be found in the Firestorm wiki.

At the end of 2014, Mitch Kapor stepped back as an active member of Linden Lab’s board of directors.

While no formal announcement was made at the time, I recently noticed Mr. Kapor’s name and biography to be absent from the Leadership section of the Lab’s corporate website’s About page, and contacted Peter Gray, the Lab’s Director of Global Communications to enquire.

“Although he remains an investor in and supporter of Linden Lab,” Peter said in reply to my enquiry, “Mitch Kapor stepped back from his role as an active member of the board of directors at the end of 2014, allowing him to devote more of his focus to the mission of the Kapor Center for Social Impact.”

Mr Kapor, who  founded Lotus Development Corporation in 1982 and designed of Lotus 1-2-3, is also a co-founder of the Electronic Frontier Foundation, was one of the first investors in Linden Lab, and was the company’s very first Chairman of the board, taking on the role in April, 2003.

His decision leaves Dana L. Evan, Bill Gurley and Jed Smith listed as board members for the company.

Dana L Evan joined the board in 2008, bringing with her 20 years of of leadership experience in global finance and operations management, including 12 years as CFO of VeriSign, Inc., where she was a founding executive and a significant contributor to the company’s growth and profitability.

Mr. Gurley joined the board in late 2004, following  a financing round which raised $8 million for the company. The round was led by Benchmark Capital, where Mr. Gurley is a general partner, and with participation from Omidyar Network.

Jed Smith was, alongside Mitch Kapor, both one of the early investors in Linden Lab, and an initial member of the board, most recently serving in the capacity of the board’s Chair. In that role, he was largely responsible for identifying Ebbe Altberg as the right candidate for the Lab’s new CEO, following Rod Humble’s departure at the end of 2013, and was also largely responsible for persuading Mr. Altberg to make the move to the Lab. 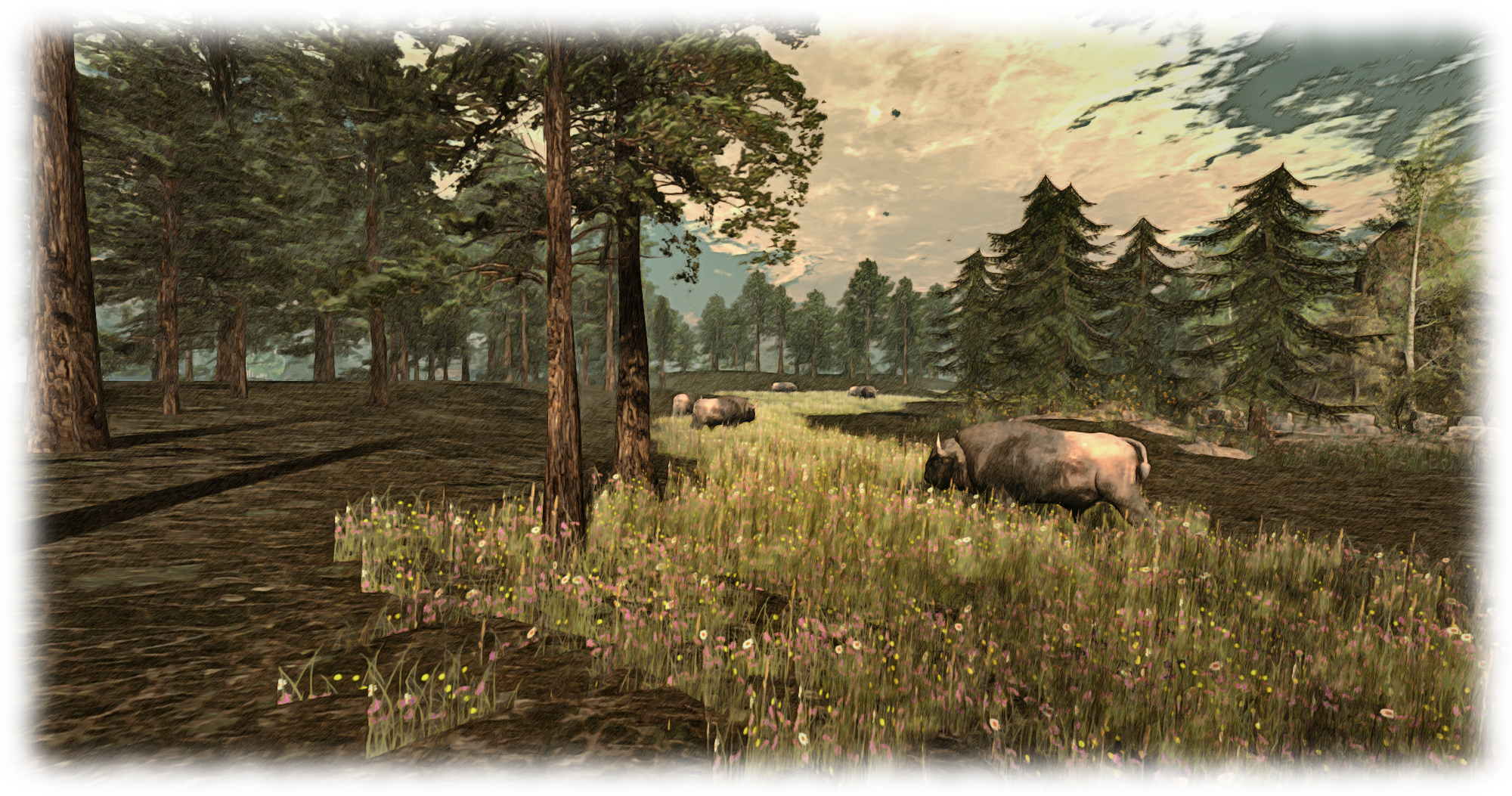 Spring has come once more to The Pines at Jacob’s Pond, and with it another beautiful make-over by region holder Holly  (Dacotah Longfall). It is Holly’s well-planned seasonal changes that keep bringing me back to what she disarmingly calls her “backyard”, which forms part of the End of Time family of regions, because every time she reworks the region, something extraordinary appears.

With the snows of winter long gone, Holly presents visitors with her take on a part of the world she loves: the Black Hills of Dakota. Drawing inspiration from Custer State Park in South Dakota, she has created a place of gently undulating countryside through which a trail winds  over grassy plains and under tall trees, looping past a lake and onwards towards her white-painted house (at which visitors are kindly requested to observe her privacy via a polite sign at the gate. 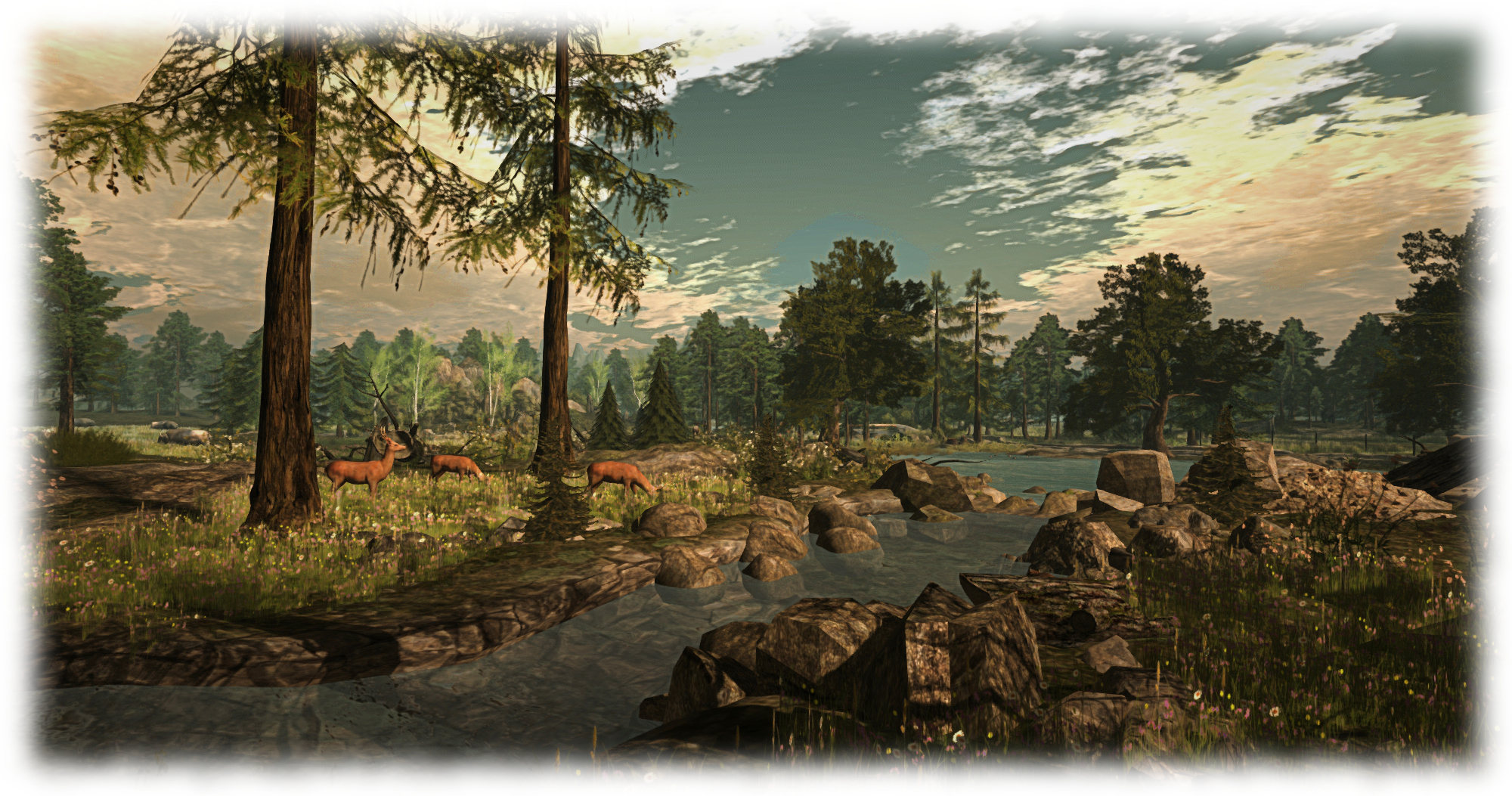 Throughout the region wildlife can be found, offering some wonderful opportunities for photography. Elk graze within the shade of tall conifers while American bison roam the grasslands, carefully avoiding the gopher holes as geese pass overhead. Elsewhere, behind strung wire, domestic cattle also graze peacefully and horses meander towards Holly’s house, perhaps seeking their barn for the night. There’s a lot more in the way of animals to be discovered, but I’m not going to catalogue them all here; that would spoil an actual visit.

This is a place where hiking boots are perhaps best required, together with a jacket and hiking stick to really feel the part, because Holly has done a wonderful job in creating the look and feel of the Great Outdoors. Those seeking a lot of things to “do” might be a tad disappointed. Those who enjoy photography, and still getting away from it all most likely won’t; there’s enough simple beauty here to capture the heart and eye that the visitor is naturally drawn-into the region, gently and enticing encouraged to follow the trail and discover all there is to be seen. 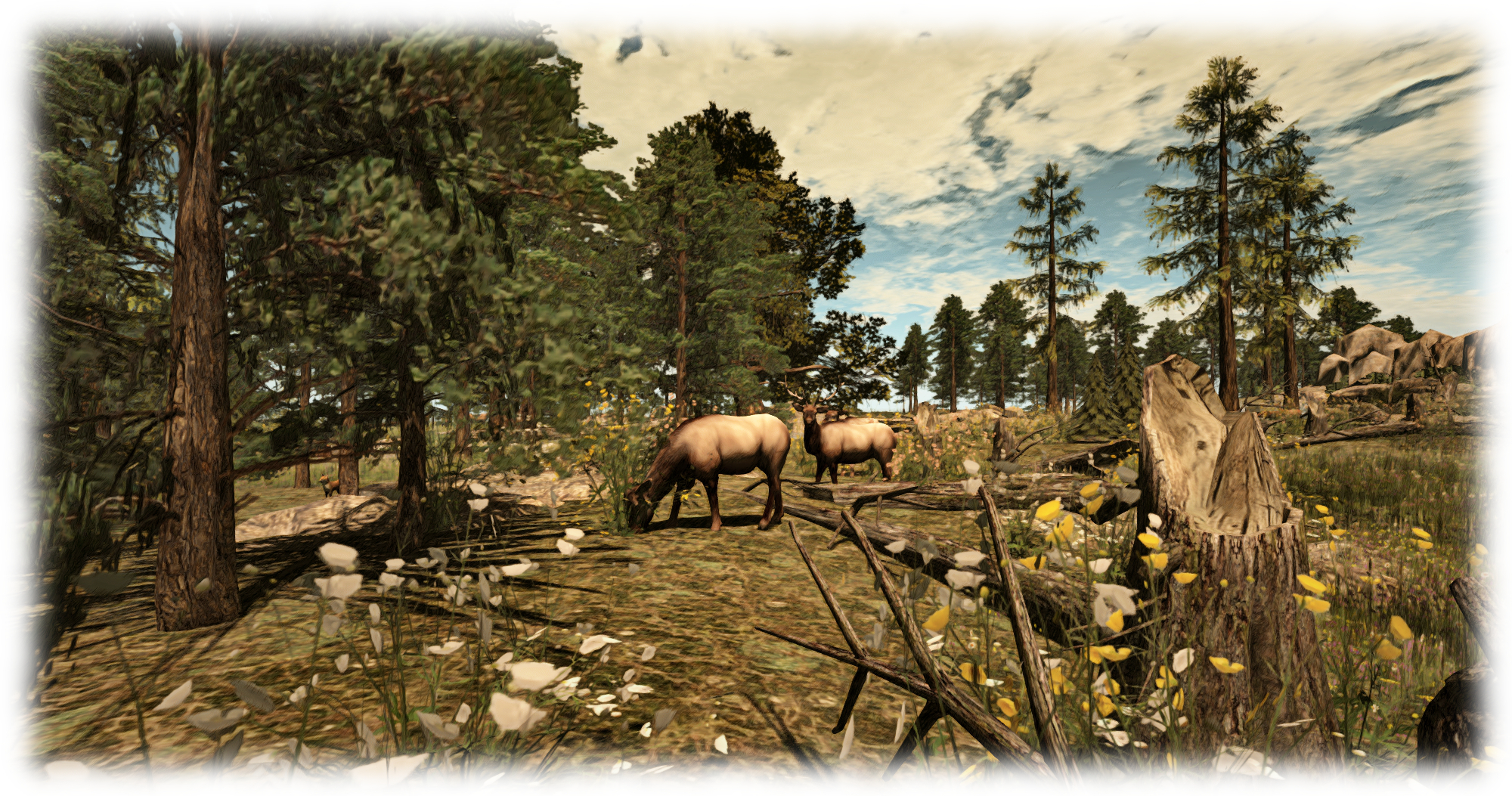 If you’ve never been to The Pines at Jacob’s Pond before, I really do urge you to do so; It’s always a place of beauty and delight. And when you do, don’t forget to hop over the water to visit the rest of the End of Time regions.