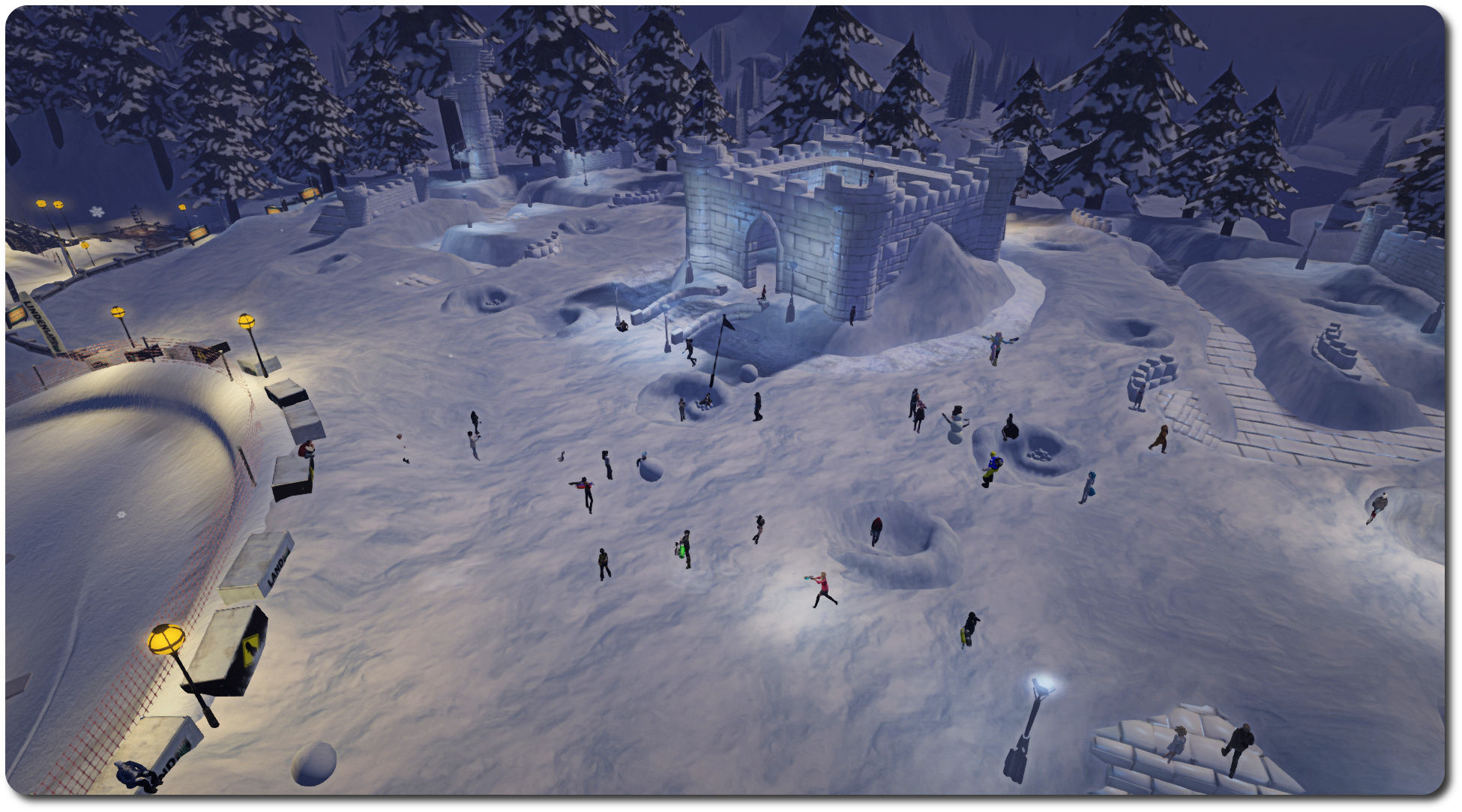 2015 snowball fight, Winter Wonderland: a shot as things start to wind-down after 90 minutes of mayhem!  (Flickr) – click any image for full size

The Challenge was met with gusto: the first residents / Lab snowball fight in a fair while saw the Snowball Warzone at Winter Wonderland packed to the gills even before the event was due to start, with more than fifty people packed into it with 20 minutes still to go before launch.

By the time I arrived, there was a fair queue at the weapons vendors; such was the demand that the poor things were conking out under the strain. Enter Vitae Linden, with virtual hammer (well, as the Royal Engineers apparently say, “if it looks complicated, you’ll need a bigger hammer”), and a few swift blows / kicks and we we running up the hill to get started on the fun. 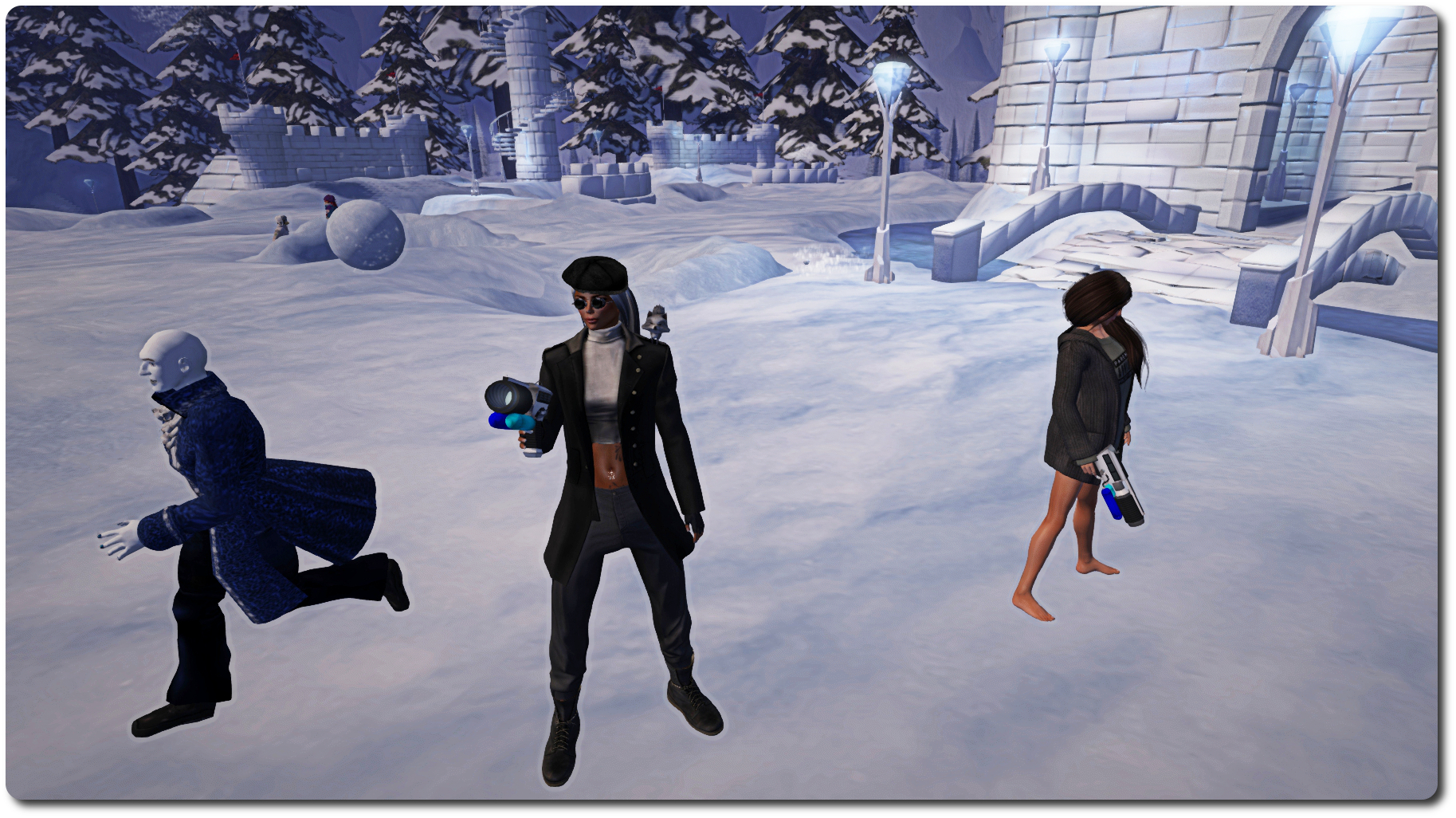 2015 snowball fight, Winter Wonderland: after a skilled use of mis-direction, Guy Linden makes a run past Ziki Questi and Sniper Siemens! (Flickr) – click any image for full size

Once everyone was suitably armed, the strategy for the game quickly became apparent: every avatar for themselves!

While attempts were made to stalk Lindens (and vice-versa), there were simply too many targets of opportunity – friends, acquaintances, names of note (I’m pretty sure Gibson got me around a dozen or more times!) – and mayhem quickly ensued (sorry, Ziki – that was me who got you under the arch of the snow castle. And up on the parapet. Twice 🙂 ).

The Lindens did, in all honesty, seem to be outnumbered just a little bit. Fortunately Xiola, Keira, Vitae, Dan and Guy (who was bravely throwing snowballs rather than relying on any high-tech gizmos) were soon reinforced by Shaman, Torley, Pete, Dee, April, Kelly, members of the Governance Team, and probably others I’ve missed.

2015 snowball fight, Winter Wonderland: Strawberry Singh swings into action, demonstrating her skill with a snowball rifle in a one-handed, from-the-hip snap shot at a moving target! (Flickr) – click any image for full size

Within around 15 minutes of things really getting underway, numbers seemed to have swelled considerably, which slowed the rate of fire with weapons and tended to make everyone impersonate Steve Austin / Jamie Sommers when running, but the fun continued unabated, and not even the vendors continuing to hiccup could dampen enthusiasm.

Some certainly appeared to be enjoying the opportunity to wreak a little havoc, as I (and several others) recovered from a tiny hail of snowballs which pelted us into the air, I spied a tiny Dee Linden sprinting by, accompanied by a little voice raised in triumph:

There was vengeance to be had elsewhere, however, as Torley found out, in the midst of a hail of snowballs:

It couldn’t last, however, and shortly thereafter came the forlorn cry:

All told, a lot of fun was had. What’s more, now we have the Winter Wonderland, there’s no excuse for more fun like this is the future – is there? Even if some of us did have to pause half-way through for a bit of a sit-down to catch our breath :). 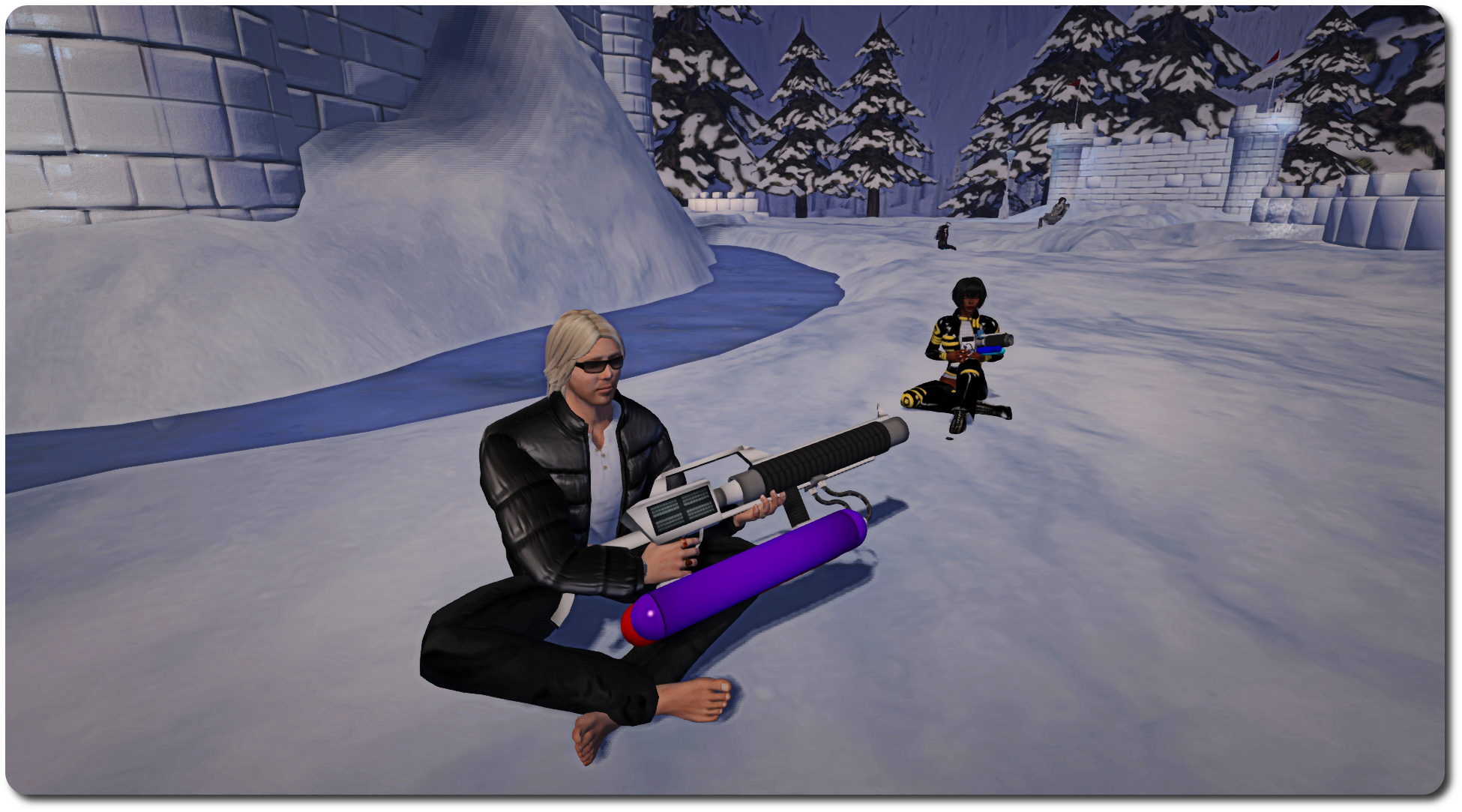 2015 snowball fight, Winter Wonderland: Ed Merryman and I decide we’re just getting too darned *old* for all this running around mullarky, and needed a bit of a sit-down! (Flickr) – click any image for full size

If you were at the snowball fight, and you grabbed some pictures, remember you can share them on the official Second Life Flickr group.

Both the UKanDo viewer and Black Dragon saw updates in week #6. Each of the release contain under-the-hood (so to speak) changes, with UKanDo in particular being something of a catch-up release more than anything else, as noted below.

The last UKanDo update was in October 2014, so it’s been something of an extended period between releases for the viewer. However, there is a good reason for this: Connor Monaron, the man behind the viewer has a good reason for this: he’s been off in the United States tying the knot with his SL (and now real life) partner. So the first thing to do here is offer congratulations to Blackrose and Connor.

Obviously, being away and being focused on such a major event in one’s life means that all things viewer naturally take a back seat. As such, the new release of UKanDo, version 3.7.24.28064, released on Wednesday, February 4th, is more about catching-up with all of the recent output from the Lab. This being the case, the release see the viewer gain parity through and up to the following LL releases:

As well as these LL-derived updates, this release also sees UKanDo reach parity through recent RLV updates from Marine Kelley from 2.9.3 through to the latest 2.9.6.6,

So while this release many not offer anything “new” in terms of TPV updates, it does bring the viewer right up to the cutting edge in terms of formal releases from both LL and RLV, which should be more than enough to keep UKanDo users happy.

The latest version of Black Dragon, version 2.4.1.8, was release on Friday, February 6th, and is the latest in a series of nips and tucks to the viewer as Niran continues to integrate code updates from the Lab and also work on refining the UI.

The core update from the Lab with this release is the inclusion of the winter maintenance release code from the Lab’s 3.7.23.297296 release, including the fixes for previously released changes in the way joint offsets in rigged meshes are handled. This means that deformations to an avatar’s shape are more intelligently tracked, and the viewer should be able to correct them without necessarily having to have the attachment causing them removed, or requiring a re-log in order to fix.

The other major update for this release see the Friends List undergo a revision. The accordion tabs separating on-line from off-line friends have been removed, and the Friends list rationalised so that on-line friends appear at the top – their names now in blue – and an duplication of names has been removed. 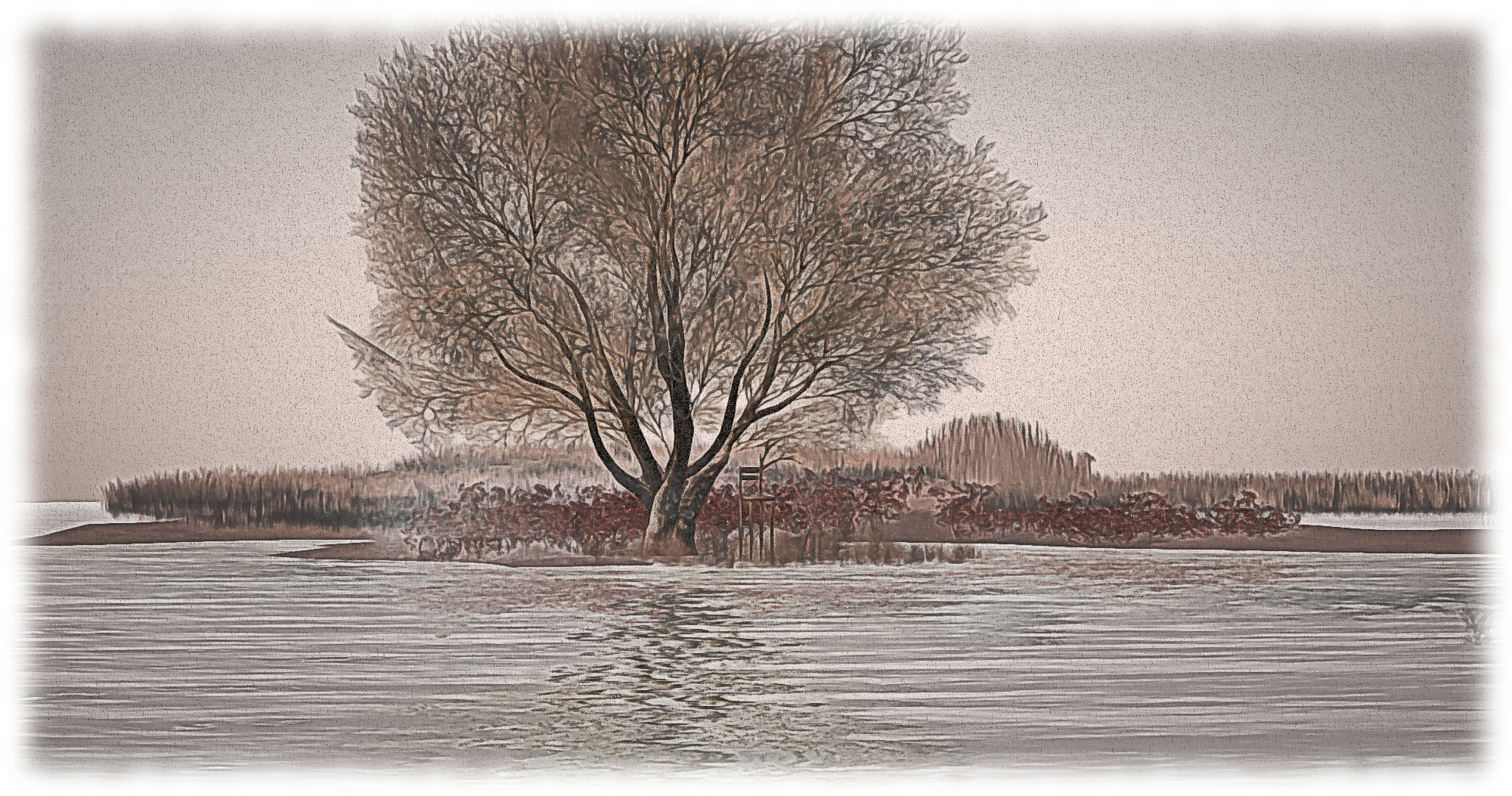 On Tuesday, February 3rd, the Main (SLS) channel received the server maintenance package deployed to the three RC channels in week #5, which includes:

There were no deployments to the RC channels for the week.

Following the Main channel deployment on Tuesday, a number of regions reported issues with objects failing to load and render, textures remaining grey, mesh outfits failing to rez / render teleport issues, etc., all of which appeared to be consistent with region capabilities failing on re-start, and thus requiring the affected regions to be manually restarted. As reported by Whirly Fizzle in the forum thread linked-to above, this has been an intermittent problem which has been occurring for over a year.

On Wednesday, February 4th saw the release of the Importer project viewer, version 3.7.25.298441. This viewer brings various improvements to the mesh uploader / importer, which are given in the release notes as:

In this viewer we’ve modified the importer to (optionally) improve debug output, perform name-based LOD association, and handle models with many materials.

Using these new features, models with more than 8 unique faces can be imported. Gone are the days of importing complicated meshes in pieces with “some assembly required”. At import, these models are automatically split into pieces so that each satisfy the current face limits for a volume.

Note that project news is a little light this week due to on-going SL planning meetings taking place at the Lab. 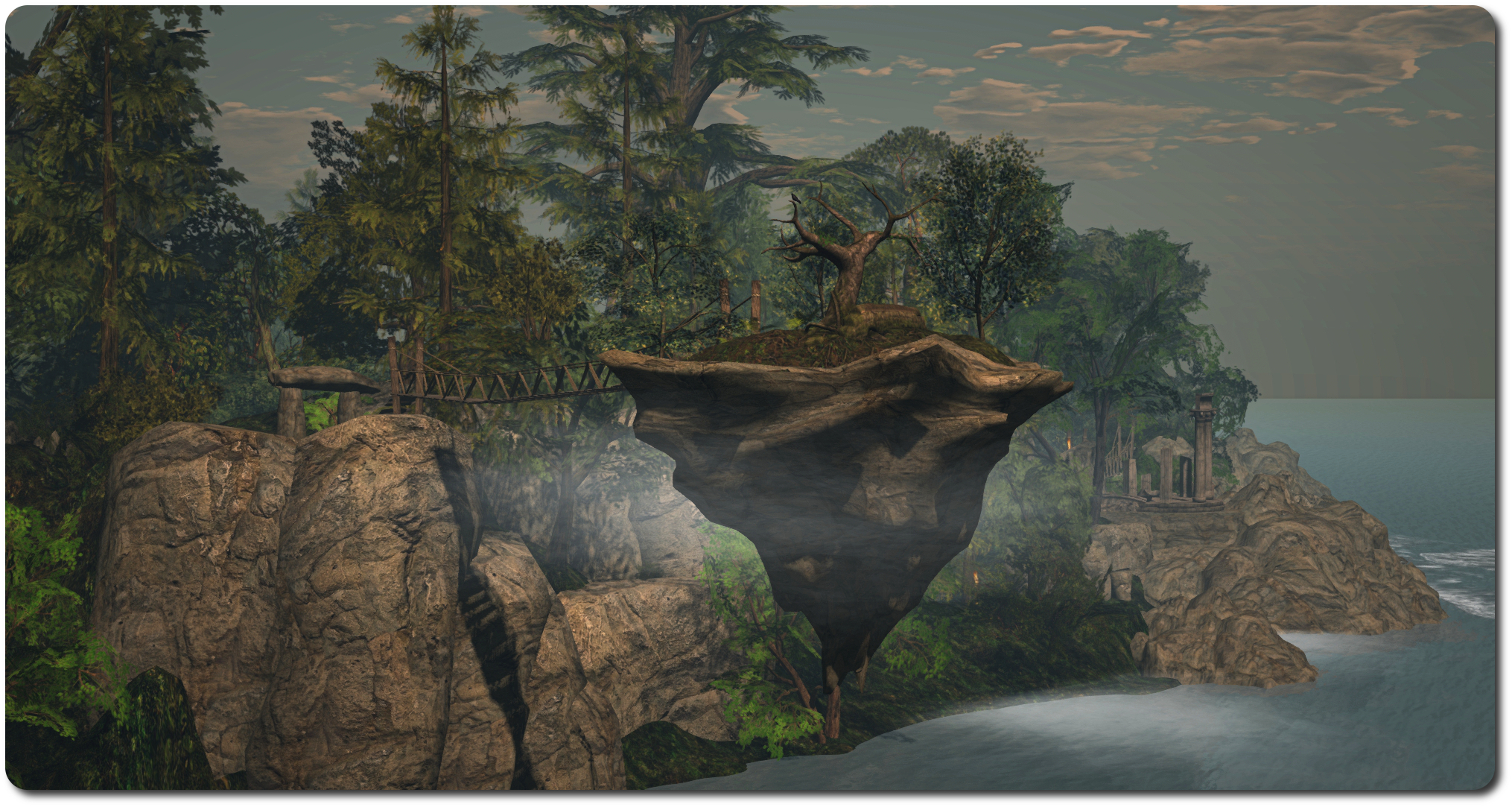 I was led to Tuck’s Misty Isle by Hans Inshan, who posted some gorgeous photos she’d taken on the Bitacora Vajera blog. While I can’t hope to match Hans’ photographic skills, I nevertheless wanted to hop over and see the island for myself.

The Tuck in question is Little Tuck, aka Pete Applemoor – a fact which came as something of a surprise to me as Pete, IIRC, visited my Fallingwater inspired build a number of times while it still existed in Second Life. As such, it became a delight to explore his region. 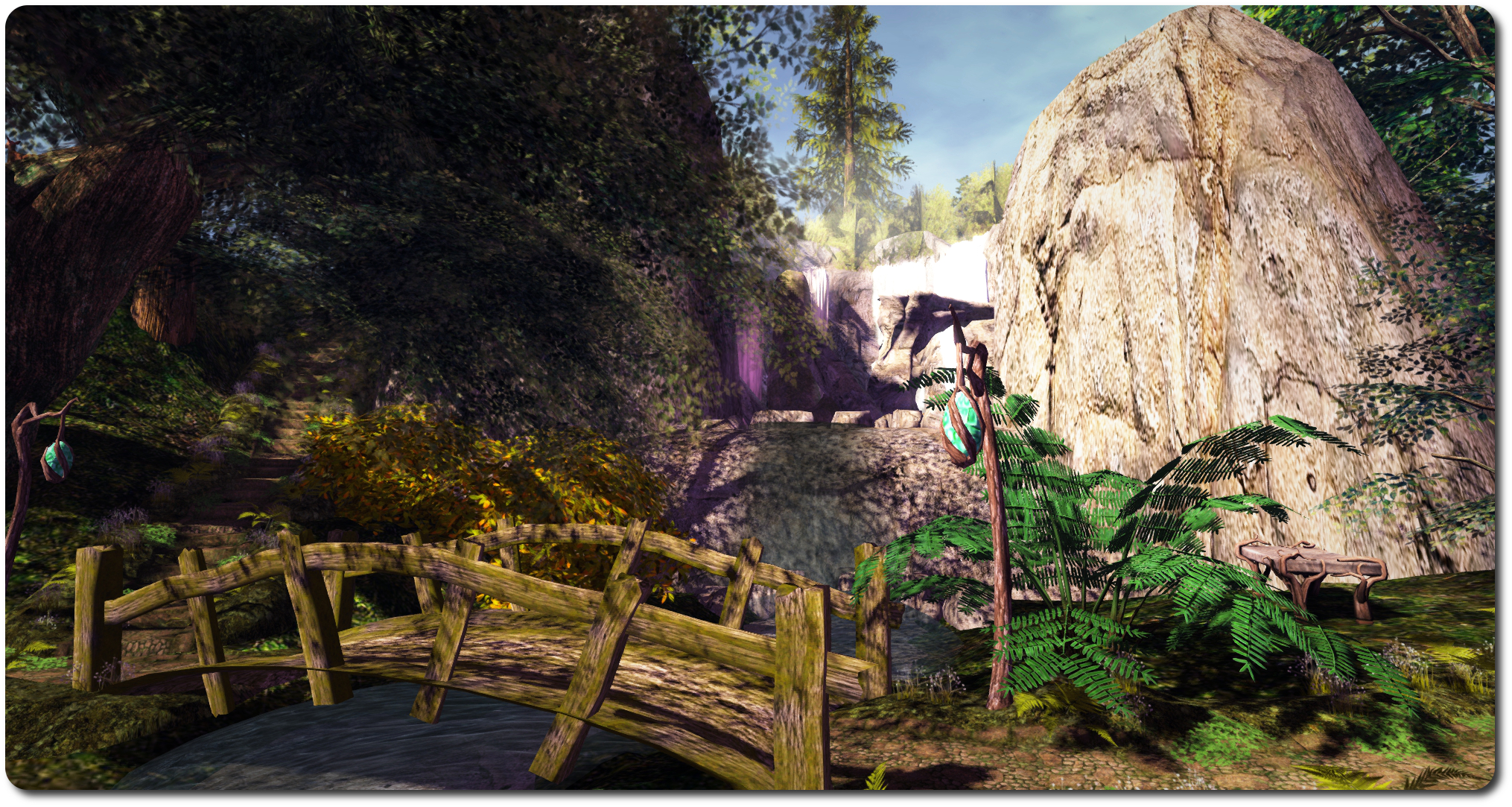 This is a rugged, wooded isle with fortress-like high cliffs guarding the majority of its shoreline, the landscape within split by a deep river gorge that curls its way from a set of high falls  through the heart of the island to arrive at the sea. Those reading the region’s description will learn the Misty Isle was once the domain of an ancient civilisation, the ruins of which can be found throughout, and is now the home to fae, pixies, elves, merfolk, nymphs and more.

Evidence that the place is still occupied can be found in the well-worn trails and tracks that lead the visitor inland for the landing point, and up into the hills: torches burn brightly along the edge of the paths, and all the bridges are in good repair. So someone must be around to keep the former lit and the latter safe for others to cross.

There is also a sense that some of the ruins still see use, and the small island floating serenely in the air just off the coast, reached by one of the aforementioned bridges, speaks of a powerful magic still very much at work here. In fact, keep your eyes open as you explore, and you’ll find places where you can experience the power of the magic yourself as you float over the water at the foot of the falls or above the the island’s single wooden village. 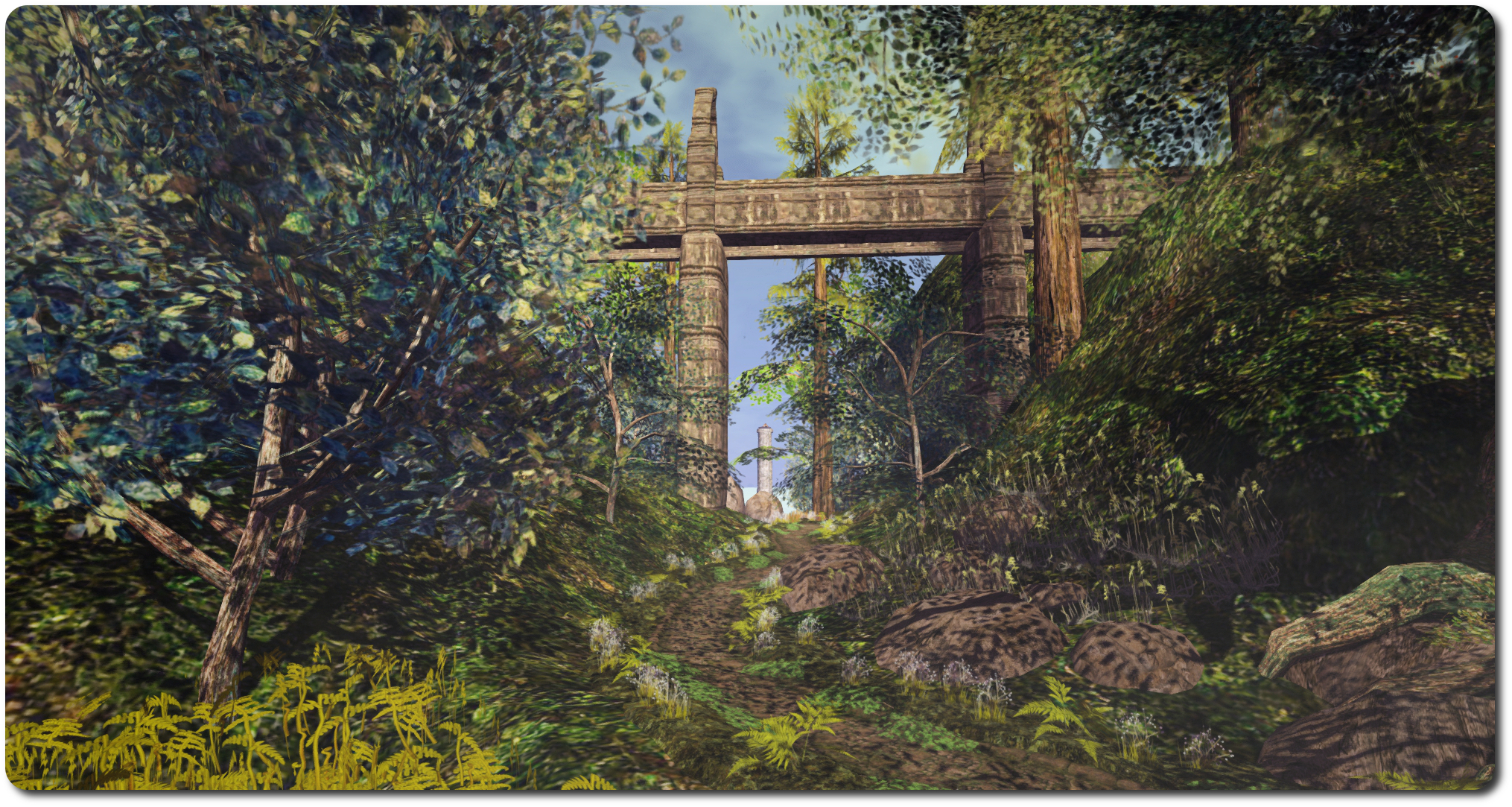 Wildlife can be found throughout the island – foxes, bears, deer, pelicans and more, and along with them can be found places to sit or dance or simply enjoy the view. After all, as the description tells us, this is a place for contemplation and for enjoying the company of those close to us.

Tuck’s Misty Isle does exactly what it says on the tin: offers a place to relax in, explore and enjoy, whether on your own or with a friend or two. Rezzing is open if you want to have a prop or two when taking photographs, but do please pick things up behind you. And do consider showing your appreciation for any visit you make through one of the numerous donation points scattered across the island – it all goes towards keeping it open for all to enjoy. 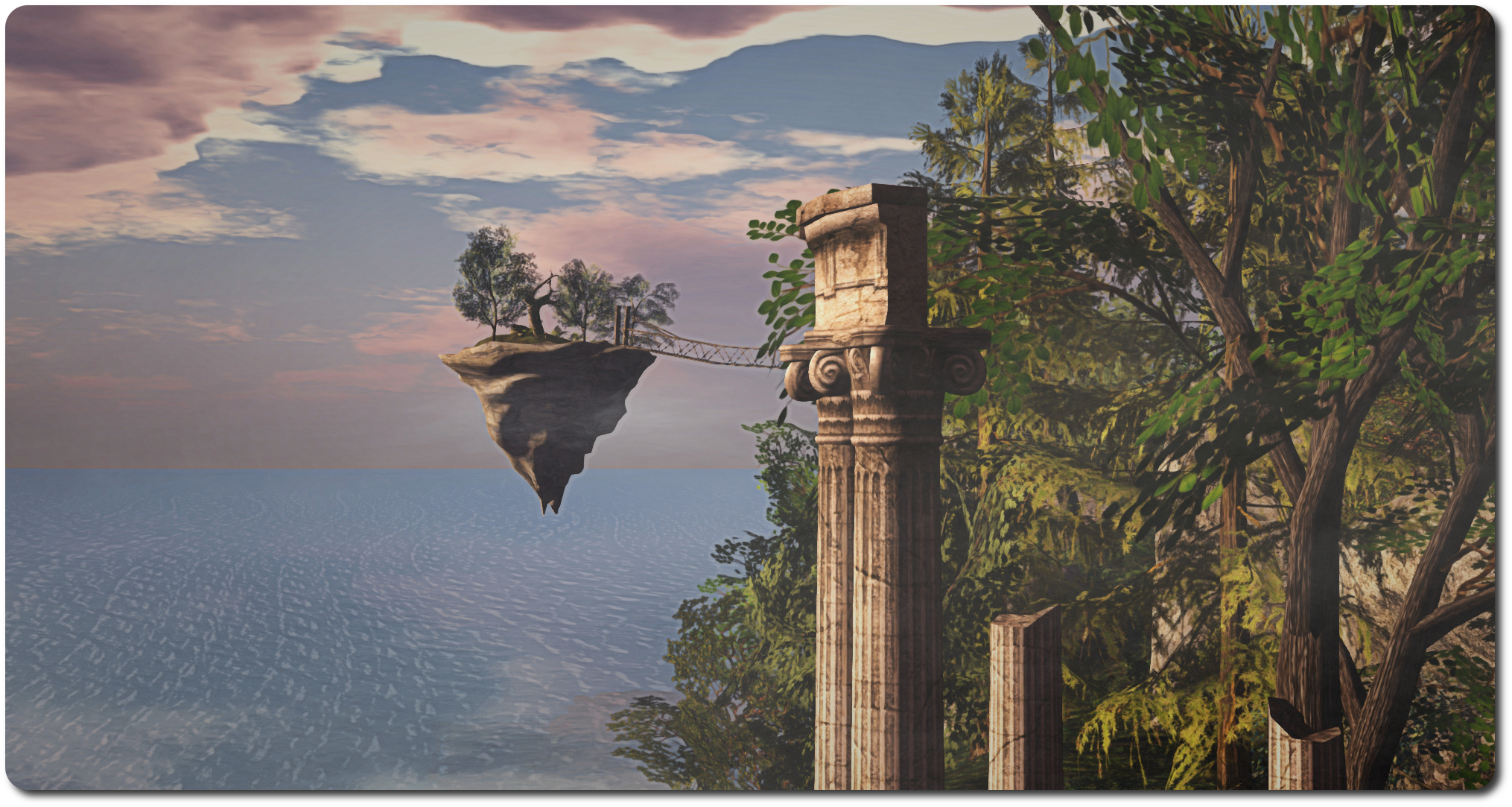