The next update to Firestorm is still a little way off, in part due to the fact that the team is currently awaiting various fixes to known issues to filter through from Linden Lab.

In the meantime, the team are hard at work and, as well as fixing various Firestorm specific bugs and incorporating features that didn’t make it into the mesh beta release, are focused on addressing adoption issues – those things people have indicated are effectively show-stoppers where their adoption of Firestorm is concerned.

While no date has been set for the next release (see comment re: Linden Lab fixes, above), here’s a summary of what to expect by why of Things to Come:

The adoption issues the team are specifically addressing for the next release are:

Again, no release date is available for the next update to Firestorm, as so much depends on Linden Lab providing fixes to known issues at their end. Also, not all of the above will be in the next immediate release, as per the notes. 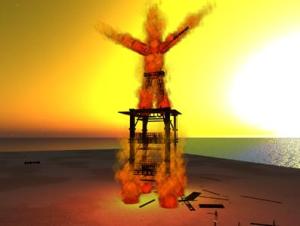 This week, BURN2 enters the final countdown phase. Events commence on Saturday October 1st at 12:00 SLT (following the opening speeches at 11:00), and BURN2 runs until the 9th October, with sims closing to public access at 23:00 SLT.

Around the main event are a few special events that might be of interest:

The organisers have announced that mesh builds are not allowed at BURN2, although mesh clothing and avatars are allowed. The stated reason for the “no mesh” build policy is insufficient mesh rendering support among Viewers.

As well as the builds and invited artists, the week will feature a wide range of entertainment and other events. Some centre stage highlights for the weekend*:

*Times may vary as then final showcase is put together – be sure to check the main events calendar at the BURN2 website.