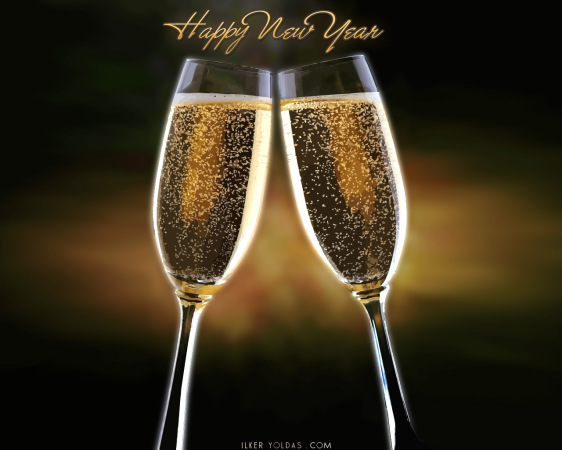 Wishing everyone all the very best for 2014. Thank you for taking the time to come read this blog, give feedback and comments, and for all your retweets, replurks, loves and support throughout 2013. It has been and is, deeply appreciated.

It’s once again that annual time of reflection. The winter is with us, the old year is slowing dying, the new year awaits, and it is time to look back across the highs and lows of the virtual year as seen through the pages of this blog. This year has been even busier for me than previous years, so rather than give you a sea of text to wade through, I’ve opted to break things down into three more manageable offerings, starting with January through to April, and have tried to limit myself to bullet-points to the various links. I’ve not attempted to dot every “I” and cross every “T”; rather my aim is to highlight the main items of news for each month (or those which raised a smile), and those aspects of other VWs I had time to cover and well as a look back on some personal elements of my SL times over the year. For those into art and SL exploration, I’ve also summarised installations and regions visited by month in the hope that doing so will stir your own memories of those events / places.

Second Life and the Lab

Second Life and the Lab

END_OF_DOCUMENT_TOKEN_TO_BE_REPLACED

Saffia Widdershins has blogged over at Prim Perfect about a somewhat annoying situation that has arisen for Second Life users who have Gmail as their e-mail provider. I’ll let Saffia explain:

It seems that a few weeks ago, Linden Labs was put on the SPAM list for gmail. Because of this, many of your offlines from Second Life may have been going to your spam folder (a peek into the dark recesses of your spam folder will confirm this.

She goes on to provide a set of instructions for those so afflicted on how to set a filter to overcome the problem.

Setting filters is good advice for any e-mail service, Gmail or otherwise. I actually switched away from Gmail a few years ago and now use GMX.com.  By default, I use a filter to direct offlines to a given folder  in order to keep them separate from other e-mails flowing into my inbox (or, indeed, ending-up in my junk mail folder). Helps keep things tidy 🙂 .

When I was reworking my little corner of Second life recently (and driving people up-the-wall with blog posts on it), I wanted to add a little more life to the place.

I’ve always used sounds a lot in my private region homes; usually in the form of scripted recordings of birdsong, night-time owls and crickets etc., and have also tended to use the sound of splashing / running water if I’ve had a stream or waterfall in the build (although confess I have yet to do that with the “new” garden design).

However, with the “new” house, I wanted something more; I just wasn’t sure what that “more” should be. While I love having Kayle Matzerath’s butterflies flittering and circling the flower beds and adding more colour as well as movement to the place, butterflies aren’t exactly known for being songful or chatty. And while I have things like ducks and squirrels and rabbits sitting in inventory, they also weren’t entirely what I was looking for.

Thus I set off to trawl the SL Marketplace for suitable ideas – and in doing so, I discovered Morgan Garret’s stunning range of garden birds. Or perhaps I should say “rediscovered”, as I first came across them in-world around mid-year, then lost track of them after his in-world store seemed to vanish shortly afterwards.

If you’ve not seen Morgan’s birds, then you’ve missed out. Seriously. They are the most amazing creations you could have to bring added depth to your garden or region; hence why I’m yakking about them now -I’ve hard-pushed not to since adding them to my garden earlier in the month!

There are around 24 varieties of bird in the range at the time of writing, most on sale in COPY packs at around L$350 a go. The birds cover a spread from North America through Europe into Asia and northern Africa, so offering a good range from which to choose. Each pack offers a given bird in a number of variants – standing, perching, “24 hour” and even wearable; and most include a high-res version for photography.

All are beautifully scripted, so once positioned, they bob, look around, cock their heads as if listening, and seem to react to noise and movement in an incredibly real way. And of course, they sing – but not just any song. Each sings in a voice that has been recorded from its real-life counterparts, and like real birds they’ll happily sing from dawn until dusk, before keeping quiet through the night – unless you want them to keep right on singing, which is why there is a “24 hour” variant or two in each pack.

The detail in terms of textures and the sheer natural movement Morgan’s birds possess has to be seen to be believed; I was totally blown away when I first encountered them, and even now I’m hard pushed not to splurge on adding more to my land. And with a LI of just three apiece, it’s possible to get a fair few into even a relatively small space, perched here and there or gathered at a feeding table, and so on without over-burdening a parcel. Each pack even includes a “perching branch” you can plant in or beside trees to sit your birds.

At the moment I have three varieties of Morgan’s little birds scattered around the garden and I’m sorely tempted by at least two more. Those already in the garden have a distinctly North American bias, so being from the other side of the Atlantic, so I feel a pressing need to balance things up a little 🙂 .

If you’re interested in getting Morgan’s birds for your own place, you can find them on SLM under the Grizzly Creek brand, which is managed by Dryfly (Julia Garret – Morgan’s real-life sister), along with the rest of their unique range of goods.

I last looked at Group Tools itself in September 2012. The client has been through several iterations since then, so I’ve no idea how relevant that review is compared to the current version. Because Group Tools requires the purchase of a licence, and I don’t actually have any specific need for the client, I’ve not actually subscribed to the services in order to keep up-to-date. As a result, and given there are no publicly available release notes for updates, it’s a little hard for the likes of me to keep track of changes to the client as they are released.

I have tended to poke my nose into the website on a weekly basis, however, if only to check for application updates for my weekly viewer release summaries, which is why I copped the changes to the site this week.

The amount of information – with a couple of possible exceptions – in the site hasn’t overly changed; however, the layout has, and the result is a series of web pages which are easier to read, have improved navigation (the left-side menus would appear easier to read than the old white-on-blue menus), and the site appears to benefit somewhat from smoother loading – although that could be purely a placebo effect on my part. Some of the individual pages lack clear subject headings, it’s true, and the text could perhaps benefit from a little more white spacing between lines, but these really are minor niggles on my part; overall the look is very sharp and pleasing to the eye.

The two possible exceptions to the information presented appear to be the Support Ticket area and the updated FAQ area. I’m a little cautious as to calling these part of the revamp, as it is entirely possible they’ve been part of the website for at least a couple of months, and I’ve simply messed them when visiting it – although neither appear to have been there prior to late October. So if they are new, they’re likely to be very welcome for established users and those coming to Group Tools for the first time.

One thing I would personally like to see added to the site are details of updates to the client alongside of the downloads. While it may well be that such details are sent to registered users of Group Tools when an update is available, having them also recorded on the website, either as formal release notes or simply as a bullet-list of key changes, would also be of benefit both to registered users and to parties potentially interested in the client.

If you are a Group Tools users and haven’t seen the updated website, it might be worth hopping over and taking a quick look. In the meantime, for those unfamiliar with the application, here’s an introductory video.