Opening on May 22nd, and running through until July 21st on LEA 25, Da Vinci’s World is a fascinating insight into the life, work and times of Leonardo da Vinci which has been four years in the making.

The full region installation is a beautiful piece conceived and built by Sniper Siemens which includes no fewer than 25 reproductions of da Vinci’s machines and engineering marvels together with reproductions of many of his works of art and his drawings and papers, all presented in a rural setting modelled da Vinci’s (and Sniper’s) native Tuscany. Within this setting also stand models of the Castello dei Conti Guidi and the Church of Santa Croce, from the town of Vinci,  and a model of the farmhouse a short distance from the village, where Leonardo was born.

“Da Vinci’s World” is a project born 4 years ago,” Sniper says of the piece, “The construction of the first machine of Leonardo was almost by accident. Now after several exhibitions including one from my friend Mexi Lane to the MIC I had the opportunity, thanks to LEA, to be able to realize my dream.”

In developing the installation, Sniper not only shows her own passion for da Vinci’s life and works, she also brings to bear her knowledge as a long-term mentor and helper: the entire region is carefully laid-out, the exhibits spread along walkways which progress you through the installation from the arrivals point through to the buildings of da Vinci’s birthplace, with plenty of singage along the way. Each piece includes an information giver offering notecards in a number of languages.

The machines on display represent a good cross-section of de Vinci’s work, with offensive and defensive weapons standing alongside various flying machines, and mechanical systems such as hydraulic pumps, swing bridges, musical instruments and his architectural designs, all which combine to present a vivid picture of de Vinci’s genius.

The attention to detail is wonderful. Not only are the machines very well constructed and scripted, wander into the buildings and you’ll find da Vinci’s paintings on the walls, and his papers, sketches and notes scattered across tables or piled on the floor as if dropped there as the great man himself ran through his works and ideas, adding notes here and there or revising plans before hurrying off somewhere just before you reached the room…

There is also more whimsical element to the exhibition as well – inside one of the buildings is a piece freely inspired by the film the Da Vinci Code, offering a chance to mixed fact with fiction.

This is very much an installation worth taking the time to explore. The wealth of information is huge, and the setting and exhibits worthy of the time taken visit.

When visiting Da Vinci’s World, note the region has dedicated windlight settings; those used in the images here are of my own choosing.

Applications for SL10BCC closed on Monday 20th May 2013 – and it seems that many of you are eager to hear back on you applications – which is great!

However, please, please bear in mind that in all, we’ve received over 1,000 applications, which is stunning! These include:

Obviously, this is going to take time for us to work through all applications and assess them and get acceptances out. Right now, priority is being given to exhibitors, as the SL10BCC regions will be opening for exhibitors to start work on Sunday, May 26th (not the 27th, as originally announced due to that being Memorial Day in the USA). So, if you have applied to be an exhibitor, please be patient a little longer, we will be getting back to you ASAP.

If you’ve applied to be a volunteer or performer – don’t worry, we haven’t forgotten you; replies just might take a little longer to organise and send out as the team works through this overwhelming show of support for the event!

As always, please refer to the release forum  thread on the weekly deployments for the latest updates and discussions.

Due to issues with the JSON deployment made to all three Release Candidate channels in week 20, there has been no Main channel deployment in week 21.

On Wednesday May 22nd, the three Release Candidate (RC channels should each receive the following updates:

As noted in week 18, Andrew Linden has been working on fixing a bug which he specifically mentions in terms of Meeroos, but which can affect other animals as well, which he described as:

If you turn your camera away from a crowd of Meeroos, wait several seconds, then turn back around… the Meeroos will be updated, but not quite in the right order. So sometimes you’ll see a head move to the new position, then a fraction of a second later the rest of the body.  So I have a theoretical fix that doesn’t crash the simulator (anymore)

Providing an update at the Simulator User Group meeting on the 21st May,, he said, “I do have a little news about the Meeroo animation bug… I wasn’t able to fix it after all… but I did reduce it or eliminate it for meeroos that are nearby (closer than 10m).” He also noted an issue with the Meeroos’ animations which he believes to be “Mostly by slow scripts, low bandwidth connection, or general lag,” which results in the Meeroos walk animation appearing to be broken. He believes the fix in his new project will enable nearby Meeroos to update correctly when being viewed, and he’ll be revisiting the problem once the initial fix has been deployed, although he’d be interested in hearing back on how well the partial fix works, once the fix has gone out.

Baker Linden reports that he is making “really great progress” on fixing leading and trailing spaces in display names. He’s currently working on some unit tests and dealing with a couple of minor issues, but he hopes that overall it will be ready for QA later in the week. He did admit that, “I’m unsure how useful it’ll be — anyone that wants to game the system will just append a bunch of other characters that appear before letters… But at least whitespace will be stripped.”

Once this has happened, he’ll be finishing-off the fixes for name searches using the People floater and the correct removal (unmuting) of muted avatars and objects from the viewer’s mute list. As soon as these two issues have been dealt with, Baker will be pushing forward with the new group ban list capability as requested in JIRA SVC-8127. 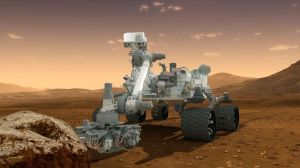 On Sol 279 of its mission (May 19th 2013), Curiosity completely its second major drilling operation intended to retrieve cuttings from inside a rocky surface in the “Yellowknife Bay” area of Gale Crater on Mars.

The operation took place on a rocky outcrop dubbed “Cumberland” a short distance from the site of the initial drilling operation, which took place on a rocky area dubbed “John Klein” in February 2013. Samples gathered from the drilling will be processed by CHIMRA – the Collection and Handling for In-situ Martian Rock Analysis – prior to being delivered to the Chemistry and Minerology (CheMin) and Sample Analysis at Mars (SAM) instrument suites inside the body of the rover.

The primary aim of this work is to check findings gathered in the analysis of samples obtained from “John Klein”. These indicate that Yellowknife Bay long ago had environmental conditions favourable for microbial life, with conditions which included the key elemental ingredients for life, an energy gradient that could be exploited by microbes, and water that was not harshly acidic or briny.

“Cumberland” itself is very similar to “John Klein”, but has more of the erosion-resistant granules that cause the surface bumps. The bumps are concretions, or clumps of minerals, which formed when water-soaked the rock long ago. Analysis of a sample containing more material from these concretions could provide information about the variability within the rock layer that includes both “John Klein” and “Cumberland”.

The initial hole cut into “Cumberland”, which lies some 2.75 metres (9 feet) from “John Klein”, was made to a depth of 6.6 cm (2.6 inches), which was sufficient to force cuttings up into the collection bowl in the drill head itself. In the coming days the cuttings will be passed into CHIMRA and then to the rover’s sample-gathering scoop where they’ll be visually checked by the rover’s camera systems prior to being passed through the sieving mechanisms within CHIMRA ready for delivery to CheMin and SAM.

Once delivered to both instruments, analysis of the samples is liable to take a place over a few days prior to results being returned to Earth.