There are lots of examples of the cross-over between real life and Second Life to be found in-world: historical builds, the presence of real-world organisations, the (still surviving) links between SL and education, not to mention the many and varied activities which go on in SL in support of real life charities.

One of the most recent examples of the cross-over in terms of in-world builds to get my attention is that of La Baule. I admit ignorance as to how long it has been around – but I caught it as a new entry in the Photogenic Spots of the Destination Guide, and had to go take a look.

A full region, La Baule is home to the Brussels Grand Place, a complete reproduction of the famous UNESCO world Heritage site, with the market square, the City Hall and all the guildhalls – and it is quite simply magnificent. So much so, that I doubt these images really do the place justice.

Designed and built by Pascale Boucher (Passie), the build includes a museum, an art gallery and cafe, and hosts a range of events through the year, including outdoor music  performances, ice skating in winter, and weddings held inside the magnificent buildings.

“I spent nine months doing it, sweating, bleeding and weeping,” Passie says of the build, “because i want to let SL know how marvellous my home country is.”

Having visited the real Grand Place many a time, I can vouch for the attention to detail with the exteriors which are a tour de force of prim and sculpt build.

This is a stunning place for photography – although you may find it taxing on your GPU; I have to admit my Ge 9800 GT struggled mightily to try to manage things – and wasn’t entirely successful. However, this is no reason to avoid a visit; if your own card can manage the load, the rewards for seeing the place with Advanced Lighting Model (deferred rendering) are plenty, even without shadows enabled. If you can manage the full monty, then it’s well worth flipping shadows on as well the results under a range of windlight conditions are stunning and really bring home the beauty of the build.

Sunday May 19th 2013 marks the fifth anniversary of Bay City.

To mark the event, there will be a parade through Bay City, followed by a musical extravaganza, both of which are open to all!

The parade will line-up at the  bandshell in Bay City – Harwich, starting at around midday SLT. Then at about 12:30 SLT, it will set out along Route 66 at and make its way to the Bay City Fairgrounds in the North Channel region.

Music throughout the parade will be provided by Bay City’s own GoSpeed Racer of Kona Stream fame.

Starting at around 13:30 SLT in the Bay City Fairgrounds, the musical extravaganza will run through until late afternoon featuring some of SL’s top live performers.

All Residents of Second Life are invited to participate. Celebration goods are already available at the Bay City Community Centre, in the Daley Bay region, for those who wish to be a part of the parade, and a viewing area is provided. The music event is also open to all who desire to attend. 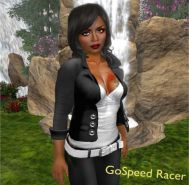 “What is KONA Stream? It is my personal station I run from my home. I play mainstream pop and rock music from the 60s, 70s, & 80s along with soundtracks, novelty songs, mash-ups and light sprinkling of country. My current library has 13,000+ tracks in it!” 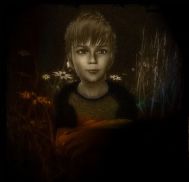 “Hi, I love to sing and play the guitar. I play pop music of all styles from all ages. I play in real life and find playing in SL a lot of fun. I love to play lead guitar too so don’t be surprised if you hear me soloing over myself using a looping device that I use to record myself in the moment and then play over that. I pride myself in all of my playing be live and in the moment versus pre-recorded in any way.” 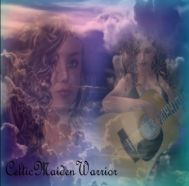 Celtic is a seasoned SL performer who’s been pleasing audiences for four years in Second Life. Now Celtic is playing everything from folk to classic rock easy listening and rounds it off with traditional Celtic ballads.

(15:30 – 16:30 SLT)
“Sensitive ballads, classic rock and roll, unusual covers, unique songs from personal friends, heartfelt originals. Sometimes I may throw in a poem or two. I have played in excess of 1500 gigs in SL.”

As always, please refer to the release forum  thread on the weekly deployments for the latest updates and discussions.

On Tuesday May 14th, the Main channel received the Experience Keys project. This means the project is now available across the grid, although there are no visible changes to be seen at this point. Release notes.

Commenting on the JSON capabilities at the Server Beta meeting on Thursday May 16th, Maestro Linden said, “There are some issues with this week’s Json functions… the keys in key-value pairs are not quoted, but should be and right now you’ll run into problems when you add stings which contain escaped quotes.”

In addition, a further confirmed bug has been found in the code on the three RC channels (BUG-2601), described by Lucia Nightfire as:

Seems that the release on the RC channels has brought about an annoying bug that affects control event triggering in attachment’s child prims after changing regions.

After going into an RC region while using any controls, those controls will lock under execution and remain locked until you reset the script or the control perms or detach the object.

After going into an RC region without using controls like with a teleport, the control event will not trigger when attempting to use any controls until you re-request/re-grant control perms or go back to a main channel region.

Should this problem be encountered, returning to any Main channel region should restore the broken functionality.

Because of both of these issues, it is believed the code currently on the three RC channels will remain on them for a further week while fixes are developed and implemented.

The current SL beta viewer code, which contains the FMOD Ex updates is expected to be merged with viewer release shortly, prior to going to testing. Depending on the results of the testing, an updated SL release viewer should appear early in week 21.

Because the version upgrading changes will move to the viewer release channel with the move of the current beta viewer, the viewer beta repository will stop being used, and viewer releases will start switching over to the new release process. As a part of this, two new wiki pages will be appearing in the next future (probably in week 22).

The first of these will be a revamped Alternate Viewers page on the wiki, which will list all the available LL project viewers and beta viewers and release candidates which are available, as well as the current viewer release, all of which will have download links and links to their respective release notes.

The second wiki page will have the same information together with pointers to which repository used to build the viewer, which changesets were used to build a viewer, and whether or not the repository is public.

The Cocoa project for Mac versions of the viewer has been largely stalled as a result of redeploying TPV assistance from that project to the materials project. It is anticipated that once materials moves to a beta viewer status, the emphasis will shift back on to the Cocoa viewer work

Providing all goes according to plan, the Materials Processing code should move to a beta  status within its own repository and hopefully also make an appearance in week 21. Commenting on this, Oz Linden said at the TPV Developer meeting o Friday May 17th, “It’s still not 100% there; there’s still a few known bugs, but we think we’ve got all the serious ones and so we’re going to put it out where people can play with it.”

Once the materials viewer does reach beta, the anticipation is that it will remain there for “a little while” and the it will not be a one-spin beta release prior to moving on.