Update: I’ve been informed that Viewers that have the Merchant Outbox as a folder may need a code port in order for it to work.

The long-awaited Direct Delivery system was launched today in what amounts to a very low-key announcement that hasn’t been promoted to the Featured News section of the blogs and people’s dashboard. In development for around a year or so, the system has been subject to a range of issues, technical and otherwise and – at time – a dearth of information coming out of the Lab, something which itself has caused no small amount of concern from merchants.

What is Direct Delivery?

For those not in the know – and there are some going on the number of “What’s that?” I’ve received when asking if people are ready for its introduction – Direct Delivery is, in a nutshell:

The system uses two new elements in the Viewer: the Merchant’s Outbox panel / folder and the Received Items panel / folder. Whether a panel or folder is used is the choice of the Viewer developer.

Torley is back (Go, Torley!) with a video overview of Direct Delivery:

As a part of the launch, LL have announced the following for the overall migration from Magic Boxes to Direct Delivery:

Until the launch of Direct Delivery, items from the Marketplace would require that you manually accept them (via an in-world pop-up) before they would be delivered to the OBJECTS folder in your inventory.

With the launch of Direct Delivery, this now changes:

You can then drag and drop folders from the Received Items area into your inventory, from where you can rez items in-world as usual.

You can convert your current Magic Box items ready for Direct Delivery as follows:

This process is summarised in the diagram below. 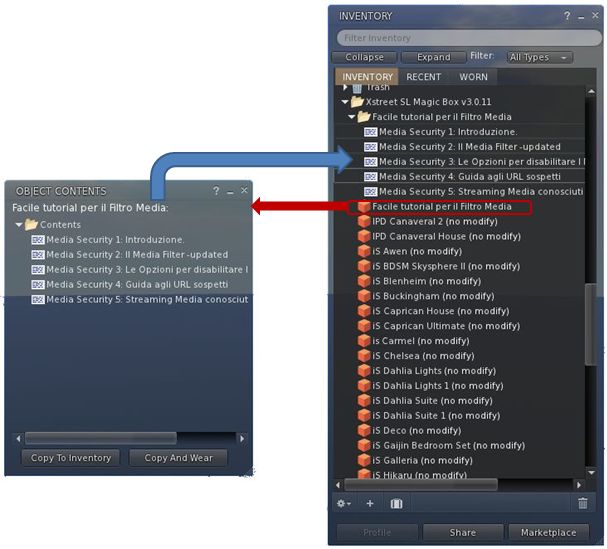