Caledonia Skytower reads this classic of children’s literature  by Frances Hodgson Burnett, first published in 1911, at the Golden Horseshoe in Magicland Park.

Orphaned after losing her parents in a cholera epidemic, young Mary Lennox returns to England from India, entering the care of her uncle Archibald Craven, whom she has never met.

Up until this point, Mary’s childhood had not been happy; her parents were selfish and self-seeking, regarding her as a burden over which they were not obliged to hold much responsibility. Not overly healthy herself, she is as a result  a temperamental, stubborn and unmistakably rude child – and her arrival at Misselthwaite Manor and the relative gloom of Yorkshire’s weather does little to improve her mein.

Her disposition also isn’t helped by her uncle, who is strict and uncompromising, leading to Mary despising him. But her uncle’s story is itself filled with tragedy, particularly the loss of his wife. As she learns more about her uncle’s past, so Mary learns about a walled garden Mrs. Craven once kept, separated from the rest of the grounds and which, since her passing has been kept locked by Mary’s uncle, the door leading to it kept locked, the key to it buried somewhere.

Finding the missing key and the now hidden door, Mary enters the garden, and her passage into it starts her on a journey of friendship and discovery, one that leads her to the thing she never really knew: family. 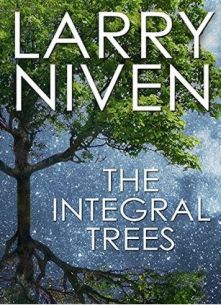 Dispatched on a mission of exploration, the Earth ship Discipline, operated by the the all-powerful State, encountered a strange phenomenon: a torus-like ring of gas and dust surrounding a neutron star. Within the torus, the crew discover a thriving ecosystem of plant and animal lifeforms that have evolved to living continually in a state of free-fall.

Despite being overseen by the ship’s AI system, Sharls Davis Kendy, from which they received advice and information, the crew abandoned the Discipline in favour of living among the plants and trees of the torus, which they call the Smoke Ring.

Now, 500 years later, the descends of the original crew have formed a tribal society focused around some of the trees of the system. Adapted to free-fall life, their societal structures are sharply divided, with “wars” common among them, as well as stronger tribes raiding or enslaving weaker tribes, whilst in all of them, artefacts from the original mission are sought-after and venerated.

In the midst of a round of aggression between various tribal factions, one group find themselves aboard an original craft from the Discipline and caught in space beyond the Smoke Ring, where the Discipline and Kendy are still waiting – and Kendy is willing to provide assistance.

Therny Chirs, cargo master and  – certification allowing – a Third Class pilot – does not have a particularly happy lot. Signed aboard the cargo hauler Fringe Runner, operated by the skinflint Captain Jad, Chirs finds himself becoming a jack of all trades – cargo master, engineer and general fixer, with or without certification, on a ship that is so far past recognised periods of refit / overhaul, its name might well be “cutting corners” – an act generally frowned upon when it comes to operating in the cold and impersonal realm of space.

However, the current issue on the Fringe Runner isn’t one to be solved easily. It really requires a certified engineer – or at least time spent shunting stuff around from outside, which itself would require a dock pilot. Neither option is liable to by something Jad will pay for. Fortunately, Chirs has his Third Class pilot’s rating; only it’s dated, and the local Guild require he take a re-certification test. But is it really just a test, or is something else going on?

Deep beneath the surface of the Earth and upon the shores of the Starless Sea, lies a network of tunnels and rooms filled with stories and tales. The ways into this secret place are many, but hidden, and perhaps set for just one individual to find. They exist where least expected: on the floors of forests, behind doors inside private homes or around alleyway corners or within mountain caves – almost anywhere in which they cannot be anticipated.

Zachary Ezra Rawlins is searching for his door, though he does not know it. He follows a silent siren song, an inexplicable knowledge that he is meant for another place.

When he discovers a mysterious book in the stacks of his campus library he begins to read, entranced by tales of lovelorn prisoners, lost cities, and nameless acolytes. Suddenly a turn of the page brings Zachary to a story from his own childhood impossibly written in this book that is older than he is…