Paramount Grand Theatre and Desire Art Theatre perform on the Hell Lust region on Saturdays at 7:00PM SLT, with two Paramount shows a month and the racier Desire performing twice.

Here’s one of their show announcements:

Spring Into March! Paramount Grand Theatre’s brand new show for March. Come join us for an evening of classy but sassy entertainment as we the Paramount Players dance for you, March 3rd & 10th at 7pm SLT.

The Players are bringing the Irish, the Scottish, the Leprechauns and the Celts to Paramount. Maybe even some American marching may make an appearance!

That’s the TL;DR, but I want to know more. Who is Paramount Grand Theatre and why do they create in Second Life? What does sassy but classy mean? What sets them apart from other venues and performance groups? I know I want to know. So, let’s go exploring, shall we? 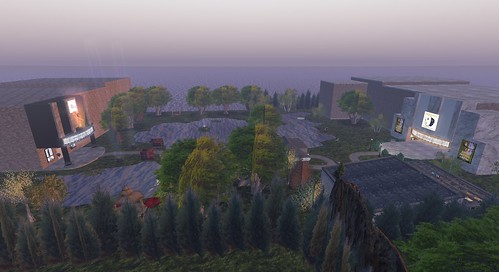 Pathmaker Campbell and Lotta Difference manage this region and these theatres, and Pathmaker met me at a bench by the park to begin the discussion.

The Path of Pathmaker

Where did Pathmaker’s and Lotta’s paths begin? “Lotta and I both have Fine Arts Degrees,” said Path. “ I achieved my Bachelor of Fine Arts degree in the 1980’s from the University of Oklahoma and did much work toward an MFA. After using up my GI Bill for Education, the pay for GA’s at OU was just too pitiful, and I went back to work full-time – as a civilian in order to make a living.”

A career pays the bills, but does it nourish the soul? We all have a need for something, and his was the stage. “I was a ‘born performer’ – when I was a child I was somewhat shy – until I got on a stage or other opportunity to perform at which time I would lose all shyness and . . . just ‘perform’.  Singing, acting in plays, making presentations to senior navy staff, giving speeches representing the Navy at various events including Memorial Day, Veteran’s Day, etc.”

And from a born performer, to the day that they rez into one.

The Journey to the Stage

Now that we know where the urge to perform came from, how did that shape his Second Life? “When I came to SL I had intentions of role-playing as a Barbarian Character – based upon “Conan the Barbarian”  That never came to fruition.  I did RP for a while as a Gangster in a 1920’s Chicago Gangster Sim – That Sim has a theatre called the “Empire Burlesque” and that was where I first began dancing on stage as an entertainer in SL.”

As Path said, that sim has a theatre called the “Empire Burlesque” and that was where he first began dancing on stage as an entertainer in SL.

“We started out doing things the way I learned at Chicago Empire – drag the animations across the top of the screen, do timing by the amount of time chat emotes were displayed on the bottom of the screen. 20 seconds, all movement was done with the keyboard, so things were – well more like live theatre.”

If you want to see something similar to this traditional style, Ballet Pixelle and a few other groups rely on the hand-triggered animation style instead of the scripted mover tools many other groups use, and Paramount and Desire use as well.

“The choreography tools are wonderful,” said Path.”They allow us to do so much more. And like what Lotta said about being a Learning Theatre, I learned how to use Spot On and I taught Lotta.”

The Path to a New Stage

Sometimes, our dreams outgrow our minds, and our plans outgrow our current locations, and it’s time to strike out on our own.

“The Chicago Empire was a great and wonderful training ground and I am eternally grateful to the sim owners for bringing me in to their troupe for the better part of a year.  I was, however, champing at the bit to not just perform in others creations, but to create my own productions, I decided to break loose and start a theatre of my own.  Our own it turned out because Lotta and LeAnn threw themselves into the project full force and thus, in November 2012 The Paramount opened.  Rather shakily – but open.”

Sure, you can build a place, but it takes a little bit more, as Path found out.

“At that time we were totally ignorant of the SL Dance community – we did things as we had been taught ‘in Chicago’ -.  By the winter of 2013 we performed our version of the Rocky Horror Show (not the “Picture Show”, the Play) and by word of mouth we were joined in the production by BabyPea and Gunner VonPhoenix and some others affiliated with Guerilla Burlesque.  That December The Paramount made enough money to pay the rent – first and only time that has ever happened.  (Good thing I don’t measure success in this endeavour by Profit Margin!)”

(I think you need to sell mesh feet and bodies and shoes to do that, right? Oh, sorry, let’s continue…) 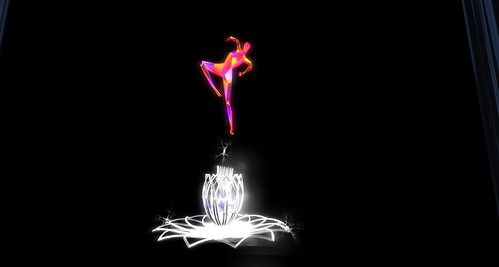 “As Paramount began to succeed as in attracting fairly large and consistent audiences, we also became somewhat more “mainstream” and with that, less and less focus on rebellion – pushing the envelope; an attitude of – ‘hey if you don’t want to see what we show then please change the channel’.”

END_OF_DOCUMENT_TOKEN_TO_BE_REPLACED

The 2018 Relay for Life season is approaching, and with it comes a change in how RFL of SL is structured and operates – including a new RFL website: Project Relay Refresh.

Under the new structure, RFL is being co-ordinated by a core team of five people, lead by American Cancer Society staff partner, Stingray9798 Raymaker. Four of these individuals each take responsibility for a key aspect of bringing together the core RFL of SL events (e.g. the Kick-off weekend and the Relay Weekend):

Some Key Dates For Events

Note: this list not intended to be an exhaustive list of FRL-related events; rather it is a list of those known to be forthcoming in the next few months.