Nalates Urriah pointed me to an article in Good magazine in which freelance writer Mark Hay discusses Second Life.

Now, before you start groaning, the piece is actually pretty good. Unlike wannabe writers of the Marlon McDonald ilk (whom I rebutted last year), Mark Hay has actually – shock, horror! – researched his subject prior to putting fingers to keyboard.  Not only that, he’s actually taken the time to comb through Flickr and found images that both reflect how Second Life actually looks today – so double kudos to him from the outset.

What’s more, while at a little under 1500 words in length, Second Life is Staying Alive may not be a in-depth piece of analysis, but it is a considered and balanced peace which offers a largely impartial and fairly accurate examination of the platform – and a thought-provoking one at that, and in a number of ways.

For my own part, what makes this article particularly interesting is the social bent it takes. That it does is not precisely the interesting point, after all, Mr. Hay has something of a background in sociology by education. Rather it is the views he offers up which may not only be eye-opening for those who have heard about, but not really looked at, but which also offer food for thought on a number of levels even for those of us already engaged in the platform.

Some of the latter may not be immediately obvious, and may require a second reading in order for them to fall into place. As such, they may not even have been intended at the time of writing, although I suspect some of the examples he cites are far from mere happenstance when one looks at the wider context in which SL is at times held within the media.

This really kicks-in after he gives a very short potted history of some of the platform’s highs and lows and the apparent loss of interest in it that occurred within the wider world. Here he points out that despite all the claims otherwise, the platform does continue to enjoy widespread use around the globe with average monthly log-ins not that far below those enjoyed during its “peak” popularity. from this, he offers his own explanation to why this is the case: the ability to socialise and create / join communities in which those who are otherwise globally dispersed to engage with one another and create environments for that interaction which go beyond anything achievable through other mediums. 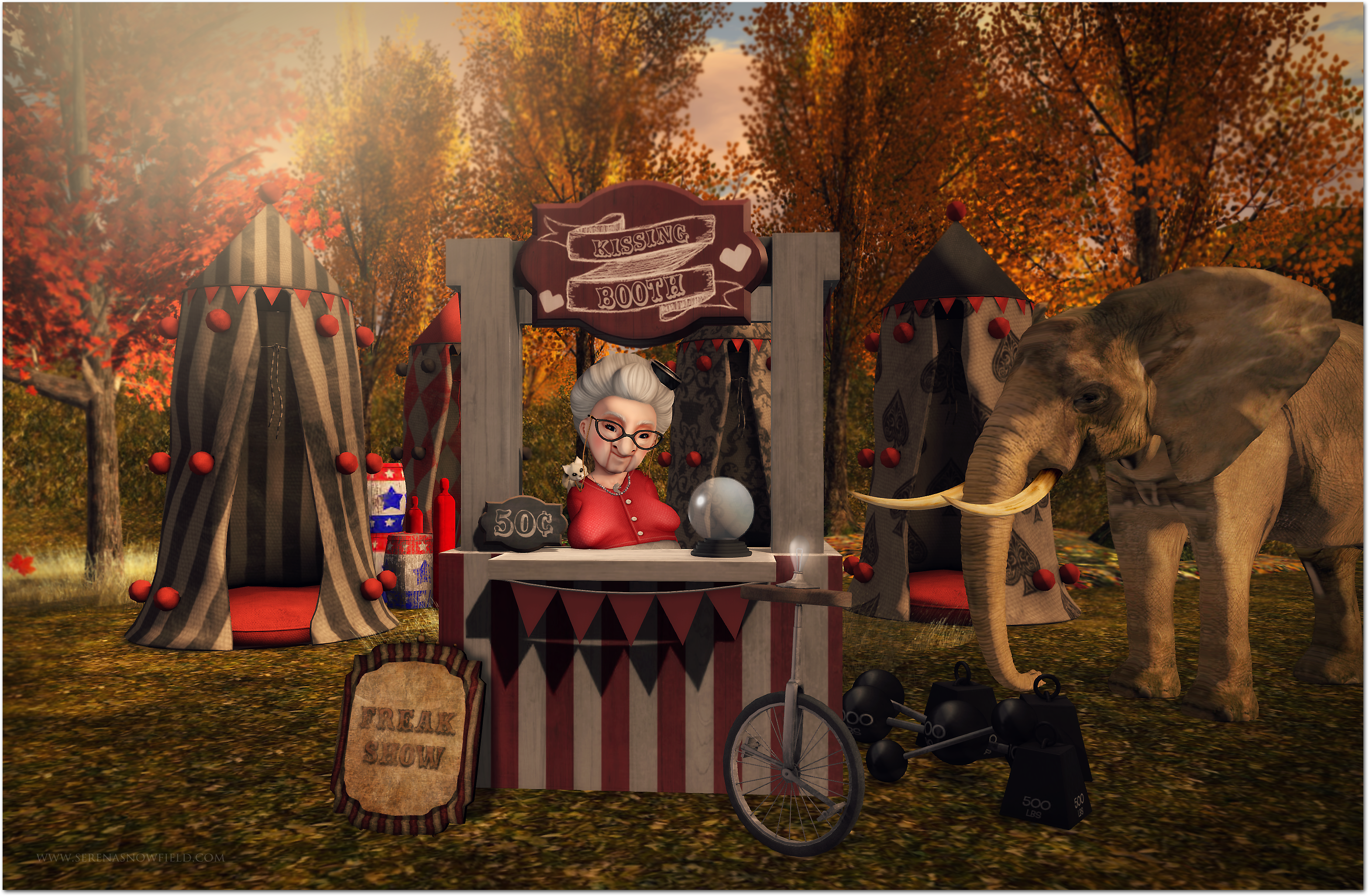 Not only does Mr. Hay offer an interesting and thought-provoking take on SL, he also takes the time to search through Flickr and locate images for his article that offer a fairer indication as to how the platform can look, such as with this image called “Give Us a Kiss, Dear”, by Serena Snowfield on Flickr

OK, so for those of us within SL this may generate something of a “no s*** Sherlock,” reaction; we are, after all, seeing this on a daily basis, either directly through our own involvement in the platform, or as a result of our travels within the platform.  However, other than the “fnar, fnar” finger-pointing or feigned outrage  at “the porn”, the ability for SL to provide a means to generate such societal interactions and ties seems to be something that has gone right over the heads of most of those willing to comment on the platform. Thus, Mr. Hay’s view is a timely, and welcome counterpoint to the frequent negatively which accompanies public mention of Second Life.

But this isn’t the sole thrust of his thinking. as he points out, the ability for SL to generate such social and sub-cultural networks and groupings isn’t actually new; it’s actually pretty much the way in which the Internet as a whole has grown. What does make SL unique, however, again as he identifies, is in the manner of the depth of creation and tangible persistence it offers all these various groups and sub-cultures, something what hasn’t previously been found within digital mediums and which has thus become the reason why many of us keep coming back to SL.

In this – and while he doesn’t point to it directly, but rather references it obliquely in mentioning attempts to bring the likes of the Oculus Rift into SL – his piece also highlights another potential within Second Life. Because it it can and does present the means for the creation, growth and sustained use of sub-cultures and societal interactions and structure which might not otherwise exist, it stands as the precursor for things to come in the promised VR revolution over the course of the next decade. Hence, his reference to Tom Boellstorff‘s seminal Coming of Age in Second Life: An Anthropologist Explores the Virtually Human, although offered in a broader context, is both unsurprising and entirely appropriate.

But even without all of this deeper ponderings, which as Mr. Hay correctly states, are all part of the future, his article neatly encapsulates why Second Life has endured and will likely continue to endure for the foreseeable future, as he points out in his closing statement:

For now all we can say is that Second Life is not as dead as many think. It just wasn’t the world we thought it was half a dozen years ago. Rather than a place that would reinvent everyday life for the masses, it became a place for the gathering, manifestation, and expression of societies and ideas that might not otherwise get to exist. And as long as it fulfils that purpose, it will most likely not fade away any time soon.

If you haven’t done so already, go read what Mr. Hay says about Second Life, and if you like what you’ve read, Tweet him. Better yet, get your SL-dubious friends to give him a read, they might just change some of their perceptions.

5 thoughts on “Second Life is [in] Good today”