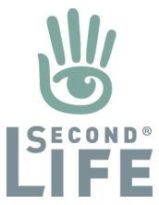 As I reported back towards the start of the year, prior to the arrival of server-side appearance (SSA), many TPVs included a capability commonly referred to as “z-axis height adjustment”. Simply put, this allowed the height of an avatar to be adjusted up or down, relative to the ground or to an object they were sitting on, which allowed for a wide range of adjustments to be made (such as when sitting or kneeling on the ground, to prevent the appearance of hovering over it or to more finely tune the avatar’s pose on the ground, or to re-adjust an avatar’s height relative to the ground when using things like dancing posballs, etc, and so on).

However, with the introduction of SSA, the viewer / server messaging that made this kind of adjustment possible was removed. While the Lab attempted to offer an alternative capability – the Hover slider, available when editing your avatar’s appearance, its effectiveness has always been limited. You can’t for example, use it to adjust your avatar’s height when seated, for example, to prevent any appearance of sitting “inside” a chair or hovering above it; nor can you adjust your position above the ground when using poseballs, etc.

Avatar Hover Height, developed as a direct request of a proposal put to the Lab by members of the Firestorm team, addresses these shortfalls.

It allows “on-the-fly” adjustments to be made to your avatar’s height with the minimum of fuss and without having to use the Edit Appearance Hover slider.

It does this by providing a new right-click avatar context menu option  called, oddly enough, Avatar Hover Height. Right clicking on this displays a slider. Moving the slider to the right increases your graphical height above the ground, and to the left decreases it (you can also input values via the slider for additional control).

Overall, the slider allows for adjustments of +/- 2 metres relative to the default graphical position of your avatar. Note that this is a graphical (/visual) change – the option does not make any associated change the avatar’s height in terms of platform physics.

Avatar Hover Height has been extensively tested while the viewer was both in a project status and was available as a release candidate viewer, and no significant issues or breakages were noted in that time.

Note that this capability does not replace the Edit appearance Hover option – than can still be accessed and used in circumstances where it might be more appropriate to use; rather it present a further, more convenient, means of adjusting your avatar’s height.