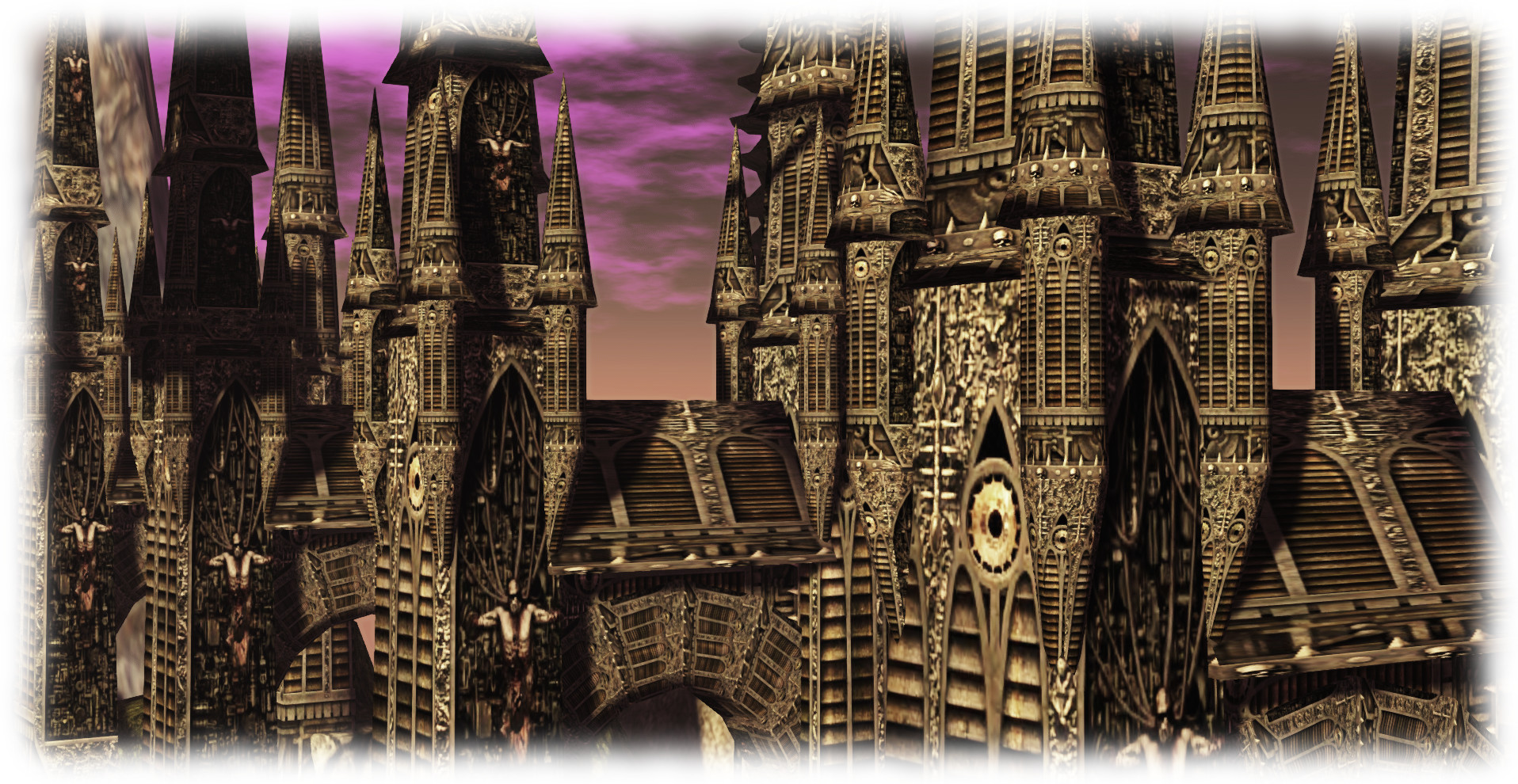 Two of the most fascinating sci-fi  / fantasy builds in Second life for several years were those of Alpha Point and Omega Point, two adjoining regions created and looked after by Masoon Ringo and Sweetlemon Jewell. They were incredible builds, occupying the entire ground level areas of both regions, with multiple additional elements up in the sky.

Such was the beauty of the builds, I wrote about them in 2011 and again 2012, although I don’t feel my images ever really caught their true magnificence, and was disappointed to discover in 2013 that both had gone from SL. I also wasn’t alone in being enthralled with them – Honour McMillan always had been as well. So when she blogged that Sweetlemon was once again building in SL, Maya and I were immediately off to investigate. 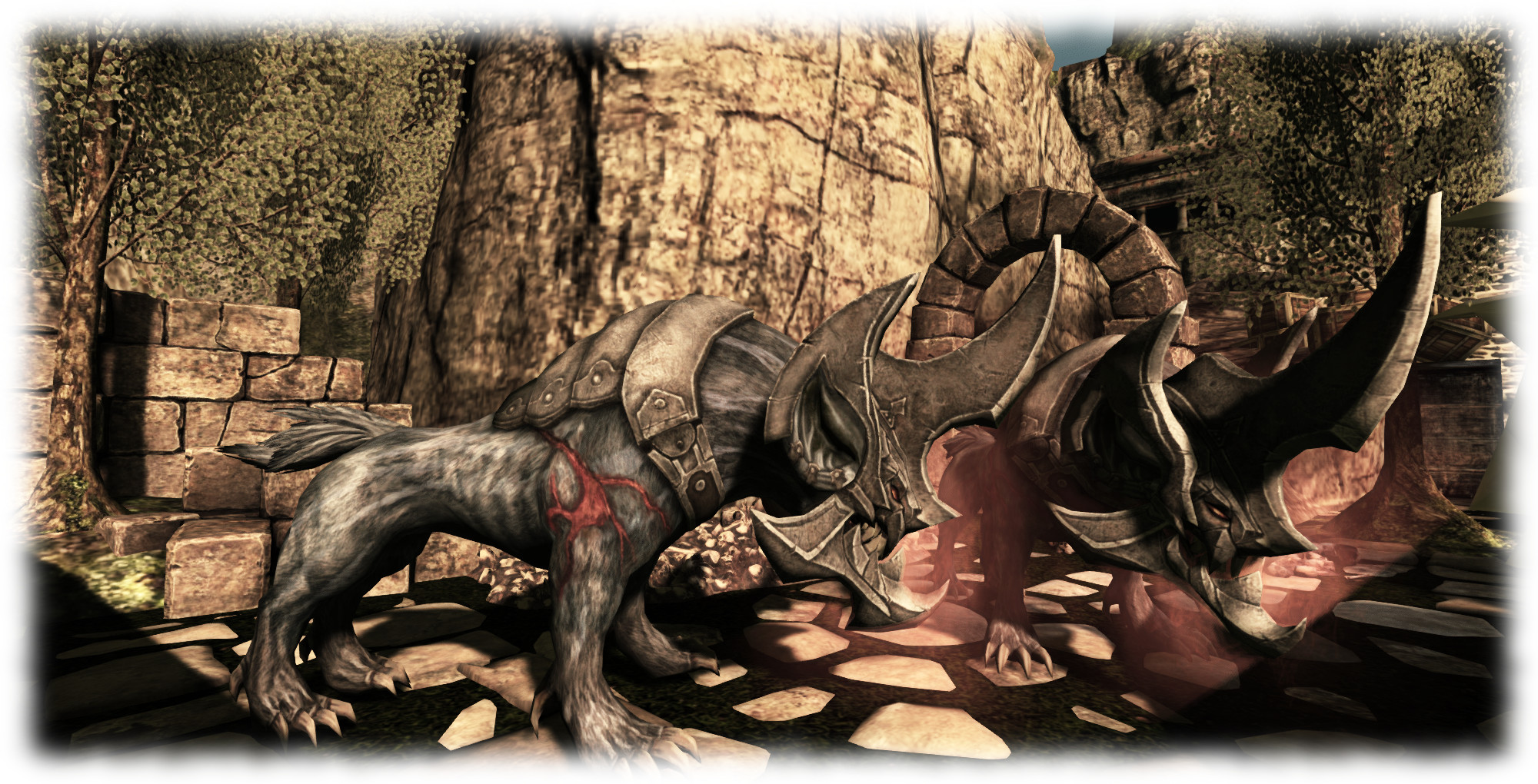 The new Omega Point is smaller than the original, covering a little over 11,500 sq metres of the region of Nippon Koku – but that doesn’t mean it’s any the less fascinating or engaging as the original; quite the reverse. Not only does the new build carry strong echoes of the original whilst also remaining entirely unique to itself, it also appears to offer the outline of a narrative.

Sweetlemon apparently describes the build as a dark fantasy model; Honour refers to it as sci-fi meets medieval. Both are accurate descriptions, but there’s also more here as well; giving it a kind of sci-fi meets middle Earth with a sprinkling of medieval and ancient Egyptian influences (the latter two may not be directly obviously without some exploration.

A work in progress at the time of writing, the build offers cathedral-like structures, both hewn from the living rock. The larger and most obvious of the two (you’ll have to search for the other 🙂 ), offers high, vaulted ceiling supported by great pillars carved with hieroglyphs. Stone fire bowls vie with electric blue lighting throughout this great chamber, where stone stairs climb slowly towards a statue of a warrior maiden. This route to her feet, though straightforward,  is nevertheless fraught with danger, as great lighting bolts periodically arc down from above, scorch marks and burnt remains testament to the unfortunate souls caught unaware by these powerful bursts of energy. 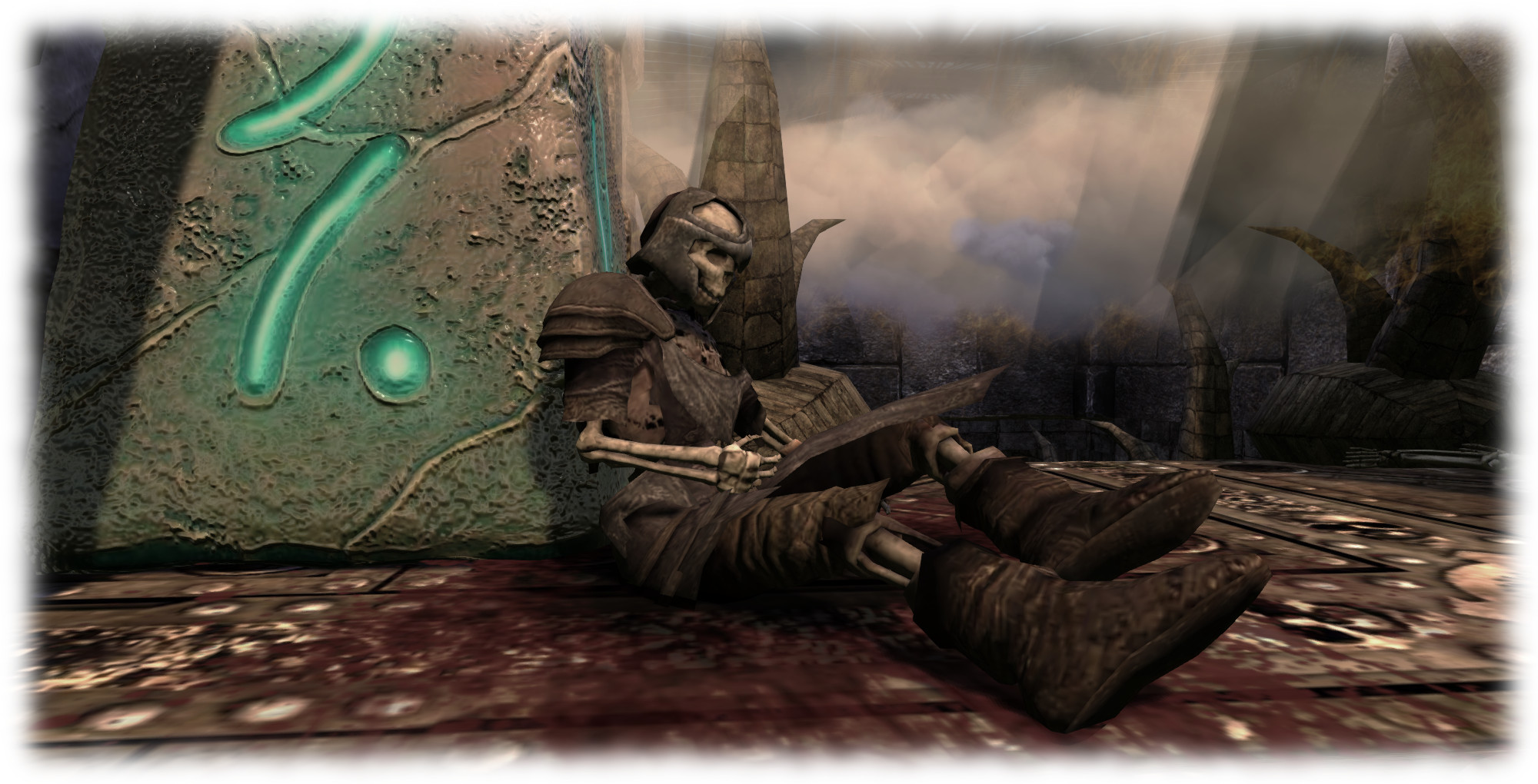 Outside of this great structure lies more to see, centred on the entwined forms of an elven-like couple, carved in stone, but seemingly set within a stasis field. The plaza around this has been the scene of a bloody fight – possibly with the two horned beasts standing and snorting to one side, while overhead three  strange craft float.

Quite what this all means is up the the visitor to decide – but the narrative is there, ready to be woven into a story of your choice, and more is being added – at least for the present. A great row of towers guarding a walkway sprang up between my first and second visits. 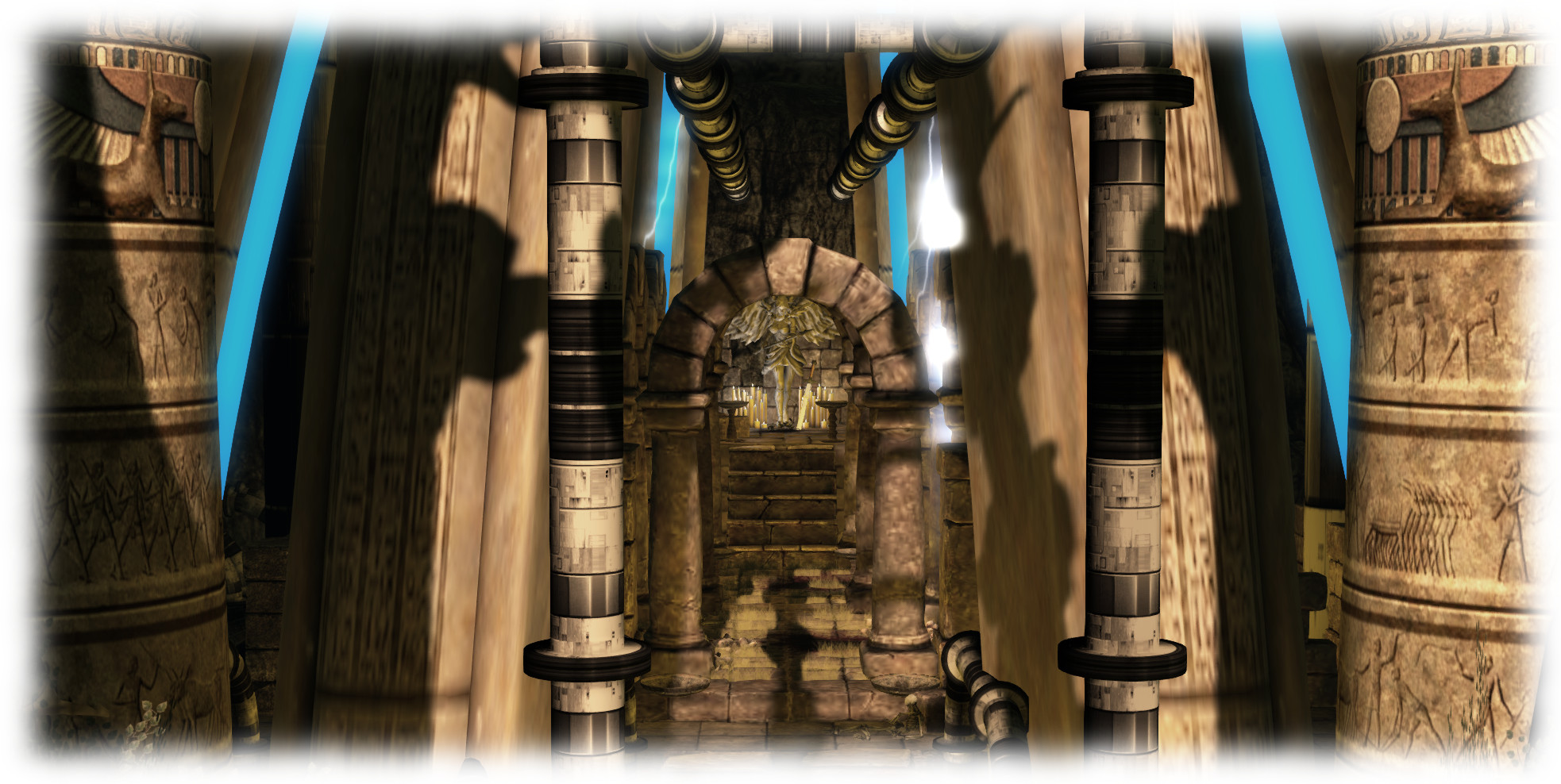 There are many elements in the build which resonate with the original Alpha and Omega Points, including several secrets within the build waiting to be found; one of which in particular will lead to more interesting discoveries, such as the second of the cathedral-like structures, this one with more of a medieval feel. As Honour mentions in her article, look for the stairs to find it.

If you are one of the many of us who were constantly fascinated by, and drawn to, the original Alpha Point and Omega Point, this is a build you’re likely want to visit. And if you’re someone who never had such an opportunity to see the original, here is a chance for you to delve into the imagination of Sweetlemon Jewell.

4 thoughts on “Coming back to SL’s Omega Point”