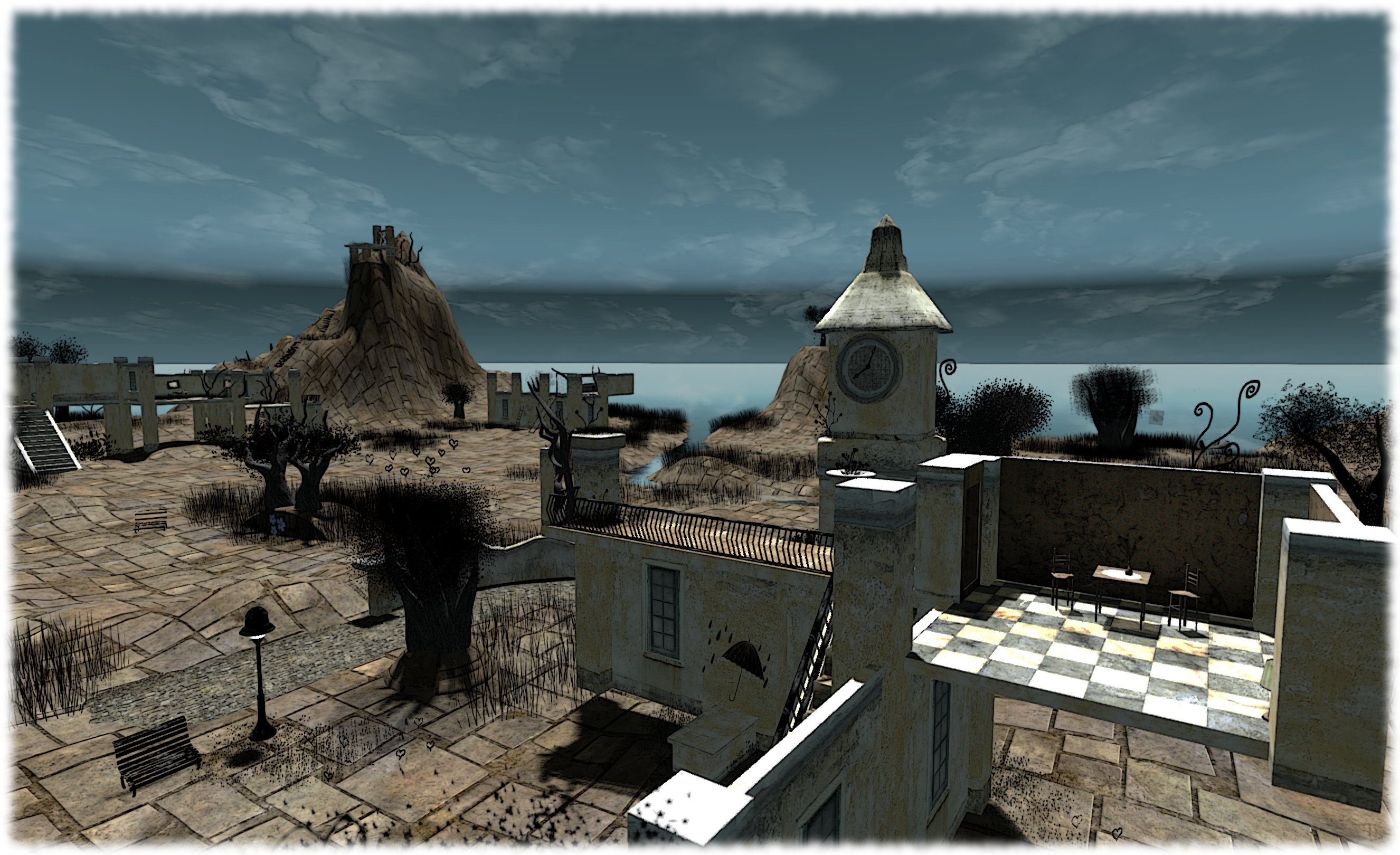 It’s most likely the a lot of people first saw Cica Ghost on their radar screens as a result of her LEA13 installation. Called simply Cica, it ran from September 2012 through February 2013 and featured 2D black and white animated stick figures in their village, occupying a 3D immersive space. At the time, it captured the attention of a lot of people for its unique approach to SL art.

It was followed by Rust in March 2013, again at LEA13 (where it can still be seen for a while longer). While very different in approach and look to Cica, Rust nevertheless carries some similar motifs as evidenced in Cica, and includes much of the artist’s humour and playfulness first seen in that installation. 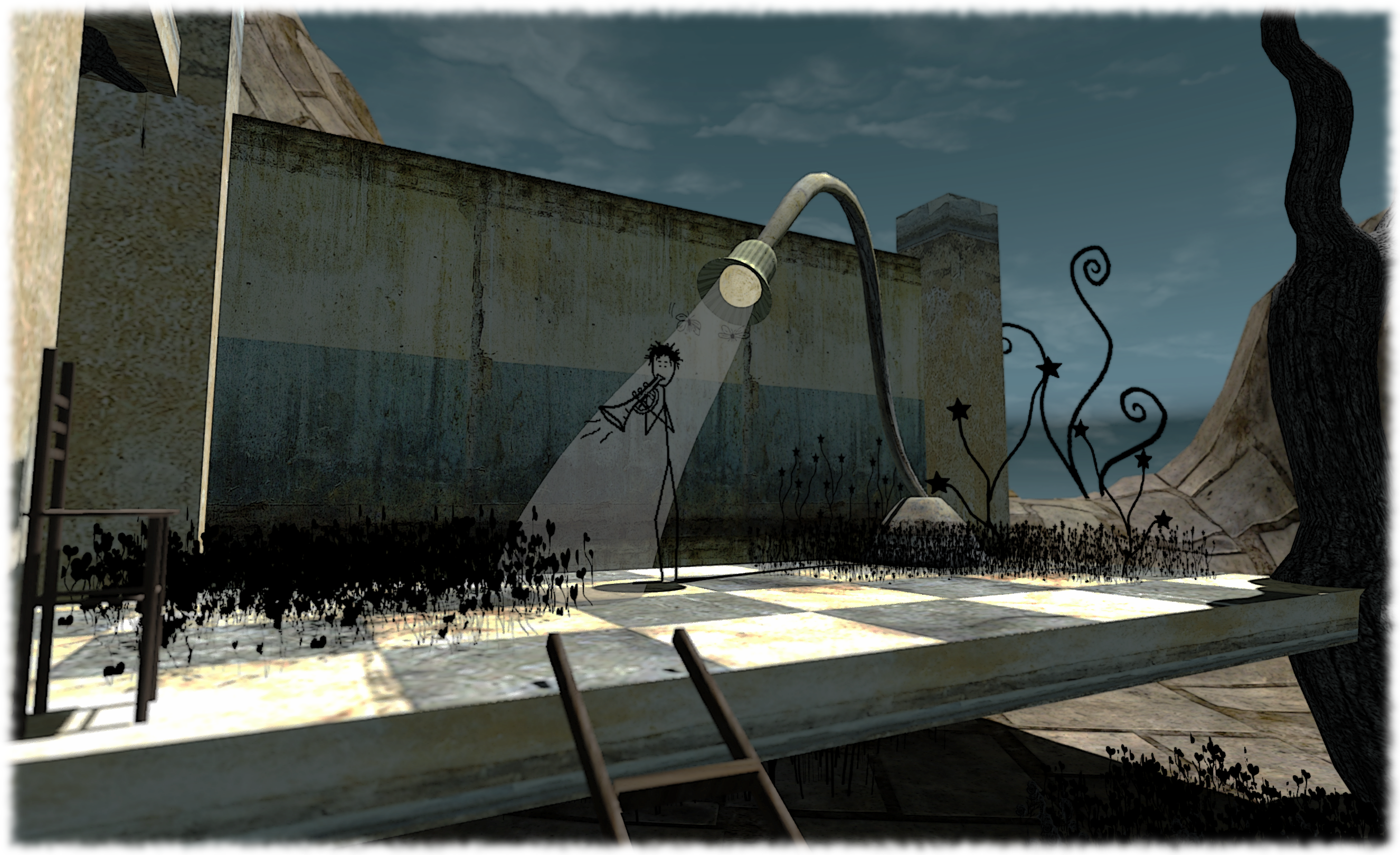 Now we have a new installation from Cica to enjoy., and hosted by Per4mance MetaLES.  Ghostville continues to build on the motifs seen in Cica and Rust, but presents them in a vastly different way to the other two works.

This is a landscape which echoes that of Rust in some ways, but which is also very distinct. In it is set a series of buildings, each of which is incomplete and yet complete as a build, if you follow me, and which presents its own little tableau or vignette. Among and within them are further echoes of both Cica and Rust, although this is by no means a re-tread of either. The broader influences are very different, with the buildings having something of a Mediterranean look and feel, and several of the vignettes allowing visitors to participate in them – there are chairs and window sills to sit on and at, board games to watch over, and so on. 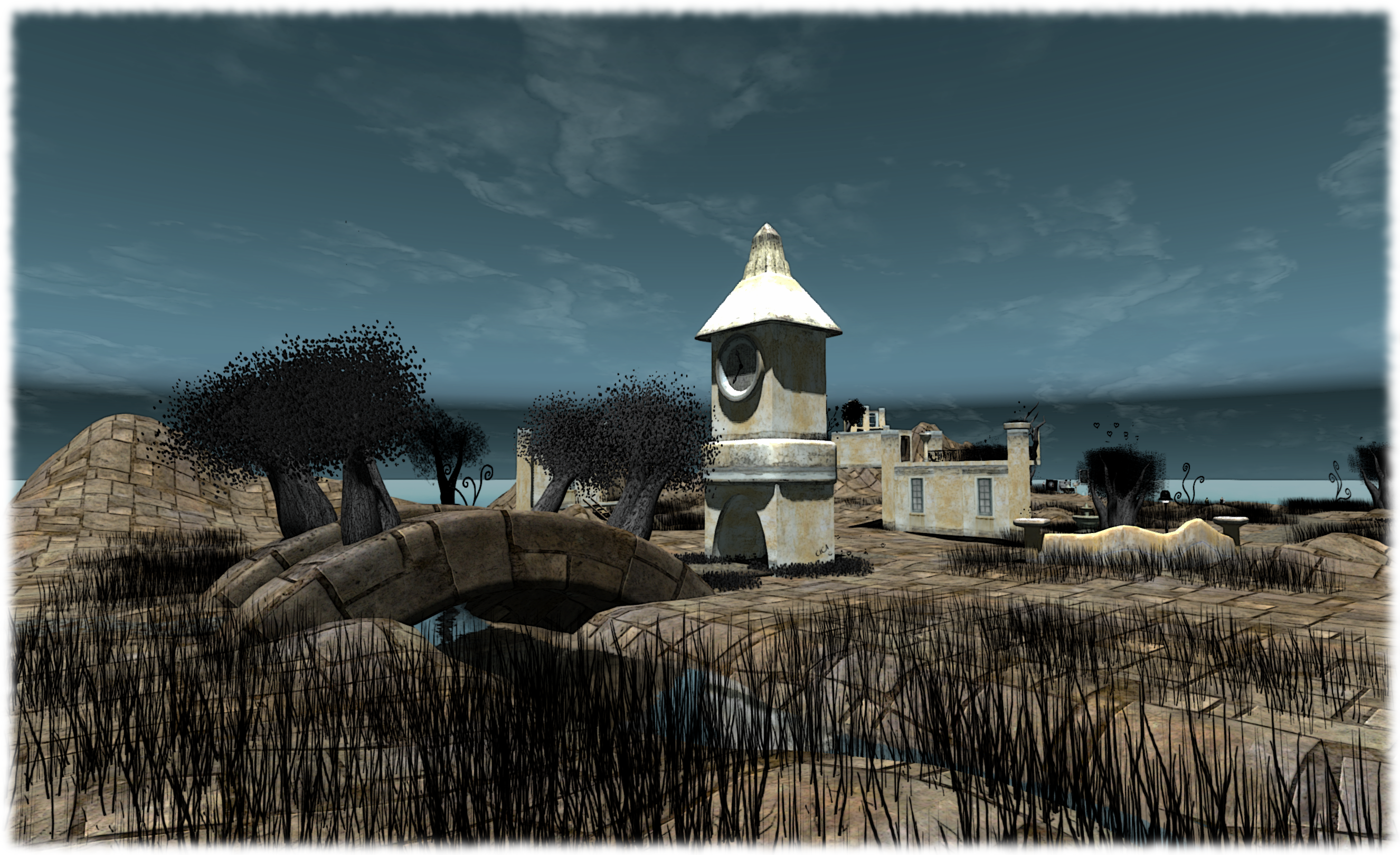 Cica’s own playfulness is once again much in evidence, and the composition of the various little sets is exquisite; you’ll probably need to take a look at each of them twice to catch everything.

There’s also something else here as well, which is hard to define – or at least which I’ve had a hard time defining. While there is a playfulness in the various vignettes, some of also seem to have a deeper feeling about them which is not always easy to catch, and which at times simply comes down to a turn of the camera or a change of viewing position which results in a piece taking on an entirely new appearance.

I honestly have no idea if this is in fact the case, or whether it is simply a product of my over-worked and family-distracted little brain. I do know that I thoroughly enjoyed my explorations of this piece, and will be going back as soon as time permits me the opportunity to spend a little longer there without RL looking over my shoulder. 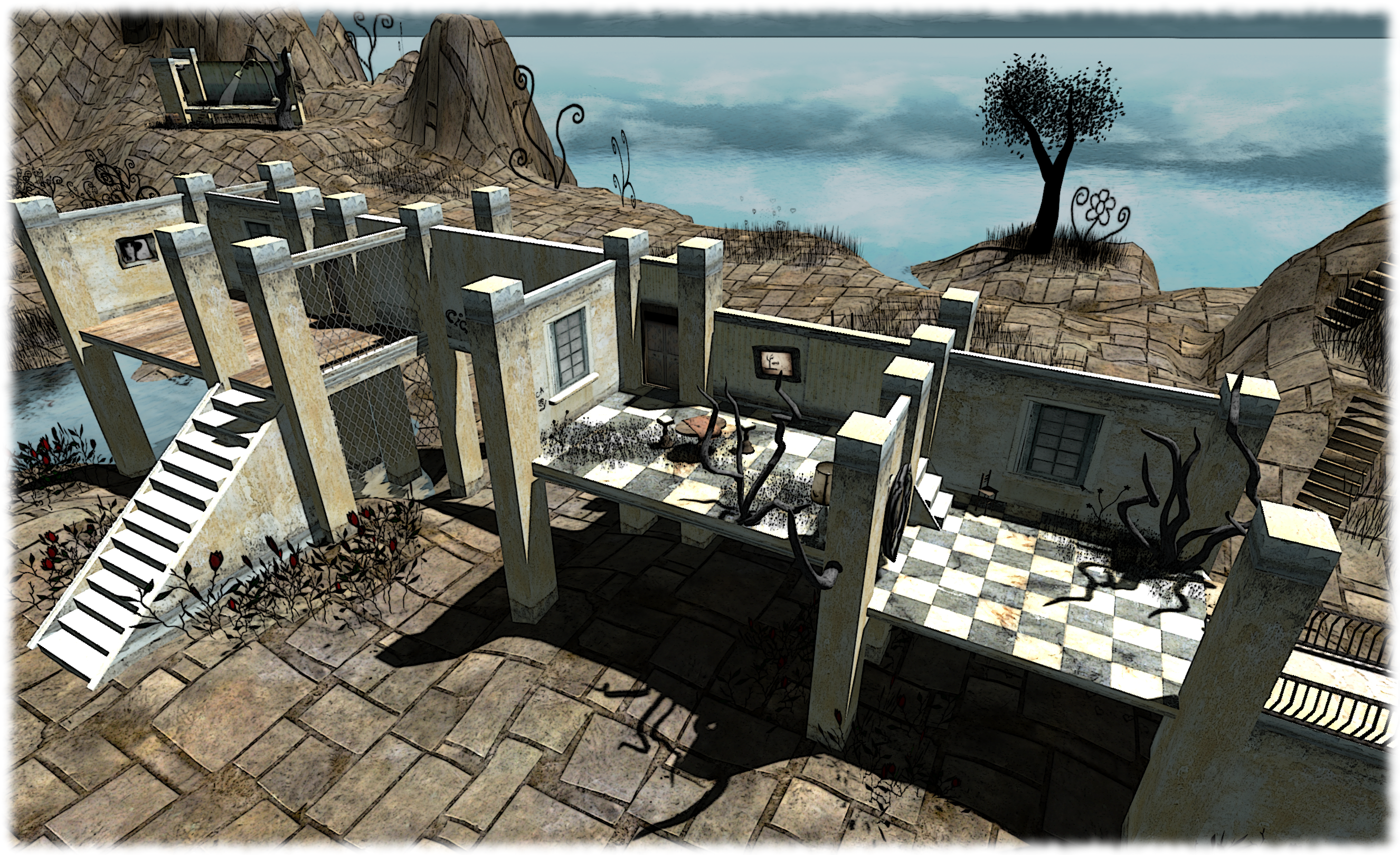 Ghostville opened on July 25th, and will run for two months. It’s not one to be missed.

8 thoughts on “A short stay in Ghostville”