Linden Lab has issued a blog post announcing that Second Life will be expanding to steam “in the next month or so”. The announcement reads in full:

As some sharp-eyed developers have speculated, we’re going to make Second Life available on Steam in the next month or so.

Many of us have friends who are avid Steam gamers, but if you’re not familiar, Steam is a very popular online game platform that offers a wide range of titles (and will soon also offer other software as well).

What does this news mean for Second Life? You’ll still be able to access Second Life just as you can today; there won’t be any change to that. But, the more than 40 million people who use Steam will also be able to get Second Life as easily as they can get games like Portal.

We’ll make an announcement on the blog when Second Life is actually available on Steam, but in the meantime, if you have friends who are Steam gamers, let ‘em know it’s coming! 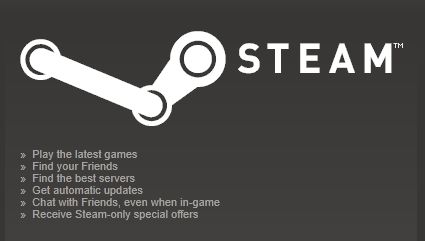 Steam is a digital distribution platform developed by Valve Corporation. It is used to distribute games and related media online, from small independent developers to larger software houses. The primary service allows users to download games and other software stored in Steam’s virtual software library (some 1500 titles as of August 2012) to their local computers. In addition, Steam offers a range of other services, include the ability to purchase games in your local currency, some DRM protection for titles, and a comprehensive communications platform service that allows for direct contact between users, the ability for users to join in multi-player games, etc.

It is estimated that Steam has some 54 million users world-wide as of August 2012, with an average concurrency rate of some 5 million users.

Given the volume of users enjoyed by Steam, and the fact that many SL users are also engaged in games and may well use Steam already, this move is clearly aimed towards increasing SL’s visibility and increasing the potential influx of new – and retained – users. As such, it is no coincidence that this announcement comes almost hand-in-glove with the blog post about materials processing coming to SL.

With pathfinding now “released” on the main grid, the promise of much improved materials processing on the way which should, among other things, lead to a much more “realistic” looking in-world experience, and the roll-out of advanced experience tools, the move to make SL accessible to “hard-core” gaming community using Steam could be seen to be indicative of Linden Lab’s desire to have Second Life perceived more as a “games enabling platform” than perhaps as a “virtual world”.

We’re promised a follow-up blog piece when the service is launched, possibly some time in September. It will be interesting to see how the platform is promoted and what the potential response is from the world at large.

One of the challenges that virtual world creators face is the trade-off between rich visual detail and geometric complexity. Ideally, by adding more and smaller faces to an object, a designer can model different surface textures and create realistic variations in the interplay of light and shadow. However, adding faces also quickly increases the size of the model and its rendering cost. Normal and Specular Maps are ways to address this by allowing for the appearance of a complex surface without actually modelling fine scale geometry.

A Normal Map is an image where the color codes indicate how the renderer should reflect light from each pixel on a surface by modifying the direction that the pixel “faces” (imagine that each pixel could be turned on tiny pivots). This means that pixels on a simple surface can be rendered so that they appear to have much more detail than the actual geometry and at much lower rendering cost. Light and shadow are rendered as though the surface had depth and physical texture, simulating roughness, bumps, and even edges and additional faces.

Similarly, a Specular Map allows each pixel to have its own degree of reflectivity, so that some parts of a single face reflect sharply, while adjacent pixels can be dull.

The open source developers of the Exodus Viewer are contributing Viewer support for Normal and Specular Maps, as well as some additional controls for how light reflects from faces. Linden Lab is developing the server side support so that this powerful tool will be available in Second Life.

Design and development are under way. Watch this blog and the Snowstorm Viewers page for information on when test Viewers with these new capabilities become available.

For additional information, or to learn more about how you can participate in the open source program, please contact Oz@lindenlab.com.

A video has also been released, demonstrating the capabilities.

With thanks to Pete Linden for the heads-up