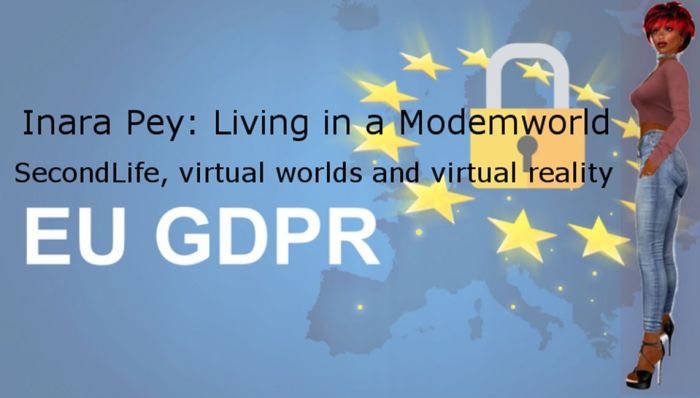 In April, and in preparation for this, I updated this blog with  and page explaining how it is hosted by Automattic Inc., the creators of WordPress, and what data was liable to be collected when visiting this site, and who held it. The page was a temporary place holder pending Automattic Inc releasing their own statement on privacy and data management.

On May 25th, 2018, Automattic issued a Privacy Notice for Visitors to Our Users’ Sites, outlining the information they collect when visiting sites such as Modemworld.me, hosted on their servers. I have now updated my Privacy Statement page to reflect the availability of this document.

Note, as well, that the Automattic document should be displayed when completing the contact form on this site. However, if it is not, a link to it is included below the form itself.

Avaloir (which might be translated as “throat”, or more usually a device used to collect run-off water  – that is a drain) is the title of what is perhaps best described as something of a retrospective installation of various works by Eupalinos Ugajin – or as Eupa describes it, when “random ideas met a playground”.

Those familiar with Eupa’s work will know that it covers a broad canvas, often containing humour, whimsy, a little self-deprecation, which can be mixed with social commentary, imaginative projection worth of the likes of Gilliam, and an artistic flair that can quite captivate the eye and mind.

It’s hard to say which of these boxes one might tick when it comes to Avaloir, but given the description and the majority of the pieces presented, I’d sway more towards the whimsy end of the scale than anywhere else.

A journey – and it is a journey – commences at a rather dark arrival point high in the sky. from here one can teleport to a number of destinations within the region, some on the ground and some in the air. For those who are familiar with Eupa’s work, some (all?) of the destinations will offer a change to renew acquaintances with various past pieces. Most notably, perhaps, are elements from Taxy! to the Zircus, which first appeared in 2014 (you can read more about it here).

Wonderfully Dada-esque in presentation, with a twist of the abstract, four elements from Zircus. Be prepared to mouse around for things to sit on, click on and generally have fun with. You might find yourself riding a spiralling mandolin, wearing cubed boxing gloves and sparring a star-like punching bag, engaging in a little artistic expression with a paint brush and a … hair dryer … and more besides.

Down on the ground  can be found the very interactive The Plant and also Eupa’s giant water / strawberry powered catapult (more here), only this time without its accompanying tower target. There’s also The Concrete Kite, and a whole lot more – some interactive, some observable. Getting around is predominantly achieved using the teleport cubes located at each of the major elements of the installation, although you can also fly from point to point at ground level.

Quantifying Avaloir  isn’t the point. Experiencing it is – so as noted above, make sure you do mouse around, click, try, and be prepared to walk into things. Do make sure, as well, that you have local sounds enabled, as this is very much an aural experience as well as an interactive one.

Now, if you’ll excuse me, after spending time at Moor the Wind, I’ve got an unquenchable desire to listen to Glenn Miller and his orchestra….