Bob Wilson is a lawyer with a house in the suburbs, a beautiful wife, and a predictable life. Then he agrees to represent a neighbourhood couple in what looks like an open-and-shut custody case.

But no sooner do the Wilsons take in fourteen-year-old Diana Esterbrook than Bob must ask himself some troubling questions. Is Diana a computer genius or a dangerously disturbed adolescent? Why is his house being bugged? Who is the mysterious man in black? And what about Diana’s birth mother, a convicted kidnapper just released from prison?

Wilson’s quest for answers will lead him to an enigmatic private detective, a meek professor with dreams of immortality, and finally to the secrets of a discipline called Thaumatomathematics a strange blend of magic and science where death becomes the key to beatific ecstasy.

Music, poetry, and stories in a popular weekly session that is finding a new home in Ceiluradh Glen as guest of Seanchai Library.

19:00: Selections from The Wind’s Twelve Quarters 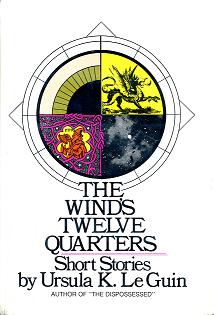 Willow Widlfire reads selections from this collection of short stories by American writer Ursula K. Le Guin, which the author described as a “retrospective”. First published in 1975, it brought together 17 previously published stories, four of which were the germ of novels Le Guin would later write, two of which are represented here and which between them offer insights into the origins of her Earthsea realm.

First published in the January 1964 issue of Fantastic, the short story The Word of Unbinding first introduces the islands of Earthsea as they are each subdued by the dark wizard Voll. Seen through the eyes of another wizard, Festin, the story unfolds around his attempts to stop Voll, only to have his own not inconsiderable powers be rebuffed each time until finally, Festin realises the truth behind Voll power – and the way to undo it. A way that has a terrible price.

The Rule of Names, published in Fantastic in April 1964, takes us back to Earthsea, and to the rural island of Sattins Island in a convoluted tale of magic, school teachers, secret names, superstitions, dragons, lost treasures and unexpected outcomes. It is centred on the arrival on Sattins Island of a stranger from the archipelago, bent upon mischief-making. His target is the island’s resident magician nicknamed Underhill, widely regarded as incompetent. The stranger believes Underhill holds the key to his being able to reclaim the dragon-stolen treasure of his ancestors. It turns out he is absolutely correct in Underhill being the key to the treasure’s loss, but not in the manner the stranger anticipated. 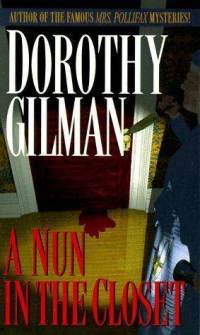 What do two Benedictine nuns, a secretive man-on-the-run, a Tibetan monk, three hippies, members of the Mafia and children of migrant workers have in common? Why, A Nun in the Closet, of course.

When a cloistered monastic community of nuns inherit an old house with 150 acres in up-state New York courtesy of a mysterious benefactor, they are at a loss as to what to do. Sister John and Sister Hyacinthe are therefore dispatched to give the property the once-over and report back. A simple enough assignment, except neither Sister is entirely prepared to deal with all that they find.

From hippies on the lawn to suitcase stuffed with money sitting at the bottom of a well, disguised cocaine and a wounded man who has hidden himself in a closet to avoid Mafia hitmen, not to mention strange apparitions in the night, It might have been better had Sister John and Sister Hyacinthe remained cloistered in the abbey.

But it is amazing what two nuns can achieve armed only with their faith and boundless energy – up to and including a shocking revelation or two about ghosts, gangsters – and murder.

Shandon Loring reads one of Kage Baker’s short stories set within her “Company” series of historical time travel science fiction novels and novellas that revolve around Dr. Zeus Inc., a 24th century corporate entity using technologies of time travel and immortality to exploit the past for commercial gain. Also in Kitely – grid.kitely.com:8002:SEANCHAI).