Currently open at the Rainbow Painters Art Gallery, curated by Timo Dumpling and Patience Roxley is an ensemble exhibition entitled Artists Choice, which once again offers a rich mix of art from both Second Life and the physical world and a broad cross-section of Second Life artists.

To be honest, I’m unsure as to the origins of the exhibition title and whether it is a reference to the fact each artist selected their own pieces for it rather than it being set to a theme, or whether the pieces on offer were selected by those within the Rainbow Arts group on seeing the various artists’ work, or some other mechanism. Not that it really matters (although I suspect the first of these options) – what matters is the art on display.

For those who enjoy SL centric art, the exhibition offers pieces by the likes of (but not limited to) Alena Pit and Arin Bellios (avatar-centric studies), and Doc Romano, Fabio and Bella Firefly (landscapes); while artists such as CheekyJane Sahara, Eta Goldsmith, Callum Writer and Pure Love offer pieces of their physical world art.

Also to be found within the gallery is some admirable wildlife art by Nina Camplin and Janelle (who is also the gallery’s “New Artist of the Month”), displayed with a 3D elephant by Claude Belgar. Meanwhile, on the upper wing of the gallery, one can find Milly Sharple’s always impressive art leading the way to a exhibition of art featuring the Boston role-play region, as entered in a competition to depict Boston at the time f the famous Tea Party.

With 40 artists exhibiting, the above is barely scratching the surface for this exhibition. There really is a richness of art that is engrossing. Given this, Artists Choice offers more than enough to sate the thirst of any art lover, and I admit to being particularly drawn to certain pieces – notably Callum Writer’s fabulous abstractions, Nina Camplin’s tiger and lion studies and Doc Romano’s two SL landscapes.

These six pieces proved to be personal eye magnets during my exploration of the exhibition even though I found all of the art engaging (and wanted to both fuss Milly Sharple’s Blue Cat and step into either tempestad de fuego or En el corazon de las tinieblas by Javier, simply because the manner in which they present the same scene so independently of one another.

All told, Artists Choice is engaging, and well worth taking the time too jump over to Rainbow Painters Art Gallery to see. And if you like images suitable for Halloween, do check out Haunted Picture by Edwige Monroe – just give it a minute when viewing.

The uncrewed vehicle, originally developed by NASA, has been operated by the USAF since it took over the programme in 2004, undertaking the first drop-tests of the vehicle in 2006. Since starting orbital missions in 2010, the vehicle has been subject to much speculation and conspiracy theories, largely because most of its orbital operations have been classified, with only a few details of experiments carried being offered to the public.

Officially designated Orbital Test Vehicle (OTV), there are two X-37B vehicles known to be in operation, although it is not clear which vehicle returned to Earth on October 27th, 2019 at 03:51 EST – while the USAF has previously noted the vehicle engaged in a mission as either OTV 1 or OTV 2, they remained silent on the vehicle involved in this 5th mission both prior to its September 7th, 2017 launch atop a SpaceX Falcon 9 booster, and throughout the mission, although it is believed that based on the mission count to date, it was most likely OTV 1.

As with previous missions, the majority of the vehicle’s payload has been classified, with the USAF only confirming one experiment carried was the Advanced Structurally Embedded Thermal Spreader II (ASETS-II), a system for dispersing heat build-up across flat surfaces such as electronic systems such as CPUs and GPUs through to the likes of spacecraft surfaces.

Elsewhere, the USAF has indicated that OTV will be used to test advanced guidance, navigation and control systems, experimental thermal protection systems, advanced avionics and propulsion systems and  lightweight electromechanical flight systems. Some of these have been witnessed through all five of OTV’s missions to date – notably the vehicle’s guidance, navigation, control and flight systems. It is some of these uses that have led to the speculation around the vehicle’s intended purpose.

This latest mission, for example, saw an OTV inserted into a higher inclination orbit than previous missions. This both expanded its operational envelope and allowed the vehicle to modify its orbit during flight. Both of these aspects of the mission caused some to again point to the idea that that OTV is intended to be some form of weapons platform (highly unlikely when one considers the complexity of orbital mechanics), to the the idea that it is some kind of super-secret spyplane (again unlikely, given that the US operates a network of highly-capable “spy” satellites).

Even when it comes to the tasks OTV is designed to perform, fact is liable to be more mundane than conspiracy theory would like. For example, while OTV has been used to test a new propulsion system, it is not some super-secret (and mythical) EM drive NASA has supposedly developed, but rather a Hall effect ion drive thruster.

OTV-5 / USA-277 not only achieved the longest duration flight of the programme to date, it marked the first time an X-37B was launched from Kennedy Space Centre and return to KSC – all the previous flights had been been launched from either Cape Canaveral Air Force Station, Florida (adjacent to KSC) or Vandenberg, California, Air Force Base, although the previous mission, OTV-4 / USA-212 was the first to land at KSC’s Shuttle Landing Facility (the first 3 missions all landing at Vandenberg AFB). Overall, the 780 day mission brings the total time the X-37B vehicles have spent in space over 5 missions to an astonishing 2,865 days, or (approx) 7 years and 10 months, in orbit – more than double the total amount of time (1,323 NASA’s entire shuttle fleet spend in orbit over 30 years of operations.

The next flight for the system is expected to launch in the first half 2020.

In July of 2015, NASA’s New Horizons vehicle, the core part of a mission of the same name, shot through the Pluto – Charon system, making its closest approach to the dwarf planet and its (by comparison) oversized moon on July 14th of that year. Launched in 2006 the mission spent a relatively brief amount of time in close proximity to Pluto as it shot through the system at 50,700 km/h (31,500 mph), but it has completely turned our understanding of this tiny, cold world completely on its head – as I’ve hopefully shown in writing about Pluto and the mission in these pages.

So much data was gathered during the fly-by that it took months for the probe to return it all to Earth, and even now, four years after the encounter, that data is still being sifted through and researched. Within the data were many, many splendid high-resolutions of the “encounter side” of Pluto – the sunward-facing side of the planet the spacecraft could clearly image as it sped into closest approach – many of which have again appeared in these pages as well as elsewhere.

However, the joy at the amount of information the mission returned has been mixed with a degree of frustration. The nature of the fly-by means that while New Horizons gathered spectacular images of the “encounter side” of Pluto, by the time sunlight was falling across what had been the “far side” of the dwarf planet during closest approach, the probe was so far away it could not capture images to the same level of resolution as gained with the “encounter side”.

END_OF_DOCUMENT_TOKEN_TO_BE_REPLACED

Live in-world at Wandervale, home of the creators of the Octoberville and Wicked Winter interactive experiences and broadcast by Fantasy Faire Radio (on the web and on stream in-world). 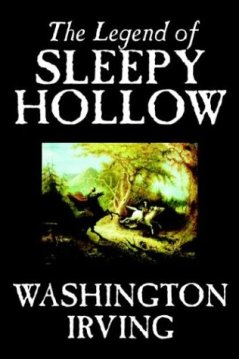 Perhaps one of the most well-known (and well-loved) stories of dark hauntings is Washington Irving’s The Legend of Sleepy Hollow, which is also one of the earliest examples of American literature of enduring popularity.

While setting his tale in post-revolutionary America in the year 1790, Irving in fact wrote the sorry tale of school teacher Ichabod Crane and his ill-fated encounter with the Headless Horseman in 1819 while visiting England, where his also penned Rip Van Winkle.

With Caledonia Skytower at The Golden Horseshoe at Magicland Park. 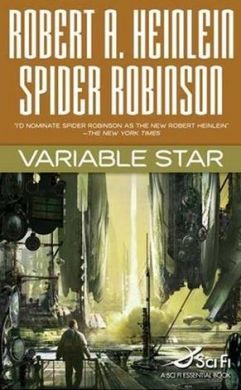 When aspiring composer and musician Joel Johnston first met Jinny Hamilton, it seems like a dream come true. And when she finally agrees to marry him, he feels like the luckiest man in the universe.

There’s just one small problem. He is broke. His only goal in life was to become a composer, and he knows it will take years before he’d be earning enough to support a family. But Jinny isn’t willing to wait; she wants Joel with her in marriage now.

Unsettled by her conviction that money wouldn’t be a problem for them, Joel presses Jinny for an explanation. Her response stuns him: ‘Hamilton’ is not her last name – it is ‘Conrad’, and her grandfather is the wealthiest man in the solar system: Robert Conrad; she had been using subterfuge to ensure whoever she fell in love with really loved her for who she was, not for her grandfather’s money. With that truth revealed, she also informs Joel of her family’s broader plans for her and her husband-to-be.

Perhaps most men in Joel’s shoes, faced with the facts that Jinny really did love him and was offering a life of wealth, might have forgiven her for hiding her identity and plans. But not Joel. So it was that he found himself trying to get as far from her and her family as possible: aboard a colony ship heading deep into space. And then came the cosmic cataclysm that would visit so much calamity on humanity as a whole.

The Seanchai Staff share stories and poems of the season on the night before Halloween!

Short Ghost Stories round the Campfire at Pixeltrix. Also in Kitely – find teleport from the main Seanchai World grid.kitely.com:8002:SEANCHAI.

With DJ the Dreaded Caledonia Skytower.