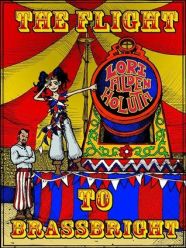 In 1895, Constance is orphaned at the age of 12, she finds the local authorities ready to impose their own kind of upbringing on her previously somewhat wild life – a part of which involved nightly break-ins at the local library so she could lose herself in the books and stories there. Determined not to let things be so, she runs away to – where else? The place everyone in fiction runs to: the circus.

But six years on, and a young woman, Constance finds the circus life draining, and longs to be free from it. An escape plan is hatched, and as a free woman, she wanders the landscape of Industralia, home to creative eccentrics, brilliantly cracked inventors, dazed automatons and more. Here are kindred spirits aplenty. As she wanders from town to town, Constance finds herself making friends and caught in an unfolding story as she seeks a place she can final call home.

We all know Neal Stephenson’s Snow Crash as one of the inspirations behind Second Life. Now Gyro Muggins concludes his reading of this modern classic. 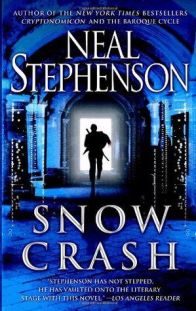 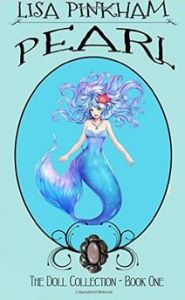 This week A Gun for a Dinosaur from Rivers of Time by L. Sprague de Camp.

Reginald Rivers runs a safari business. Not just any safari business, mark you. His is of the time-travelling variety, and his clients are after a particular game: dinosaurs. It’s obviously a dangerous business, and not suitable for any client who comes along, whether or not they can afford the price.

Nor are they helped when one client’s arrogance leads to the death of another, causing the surviving client to determine he must kill Rivers  – and must do so in the past. In doing so, the client breaks one of the rules under which the machine used to carry Rivers and his safaris into the past must operate, with devastating results.

Sunday, January 31st will see Seanchai Library open the Crazy Eights, a region offering six different storytelling venues, all connected by the Story Forest. Here, over the coming months,  Seanchai library will be presenting and hosting a range of special story telling events and readings from classic literature and series.

I’ll be previewing Crazy Eights in full in due course; but here is a foretaste of what is to come:

Sunday, January 31st, 13:30: Don Quixote – Words and Images:  Derry McMahon and Bear Silvershade present selections from Miguel de Cervantes’s classic and much-loved tale at the Crazy Eights Eastern Meadow. Accompanying the reading will be Derry’s own images from her 2014 Fine Arts Tour exhibition, Don Quixote, which I reviewed at the time. Guests are invited to sit beneath the windmill and listen to the tales of The Gentleman of La Mancha, and wander among Derry’s images, several of which were not included as a part of the 2014 exhibition.

Starting Sunday, February 7th, 13:30 – Tea Time at Baker Street: Seanchai Library’s ever-popular visits to the rooms of 221B Baker Street commence a special run at Crazy Eights with stories from The Return of Sherlock Holmes, starting with the first story in that collection, The Empty House. The Baker Street area of Crazy Eights includes the Holmes & Watson Gallery, a book shop with links to Conan Doyle’s canon, and references to other Holmesian locations around the grid.

2 thoughts on “Dinosaurs, steampunk, the metaverse and a preview”