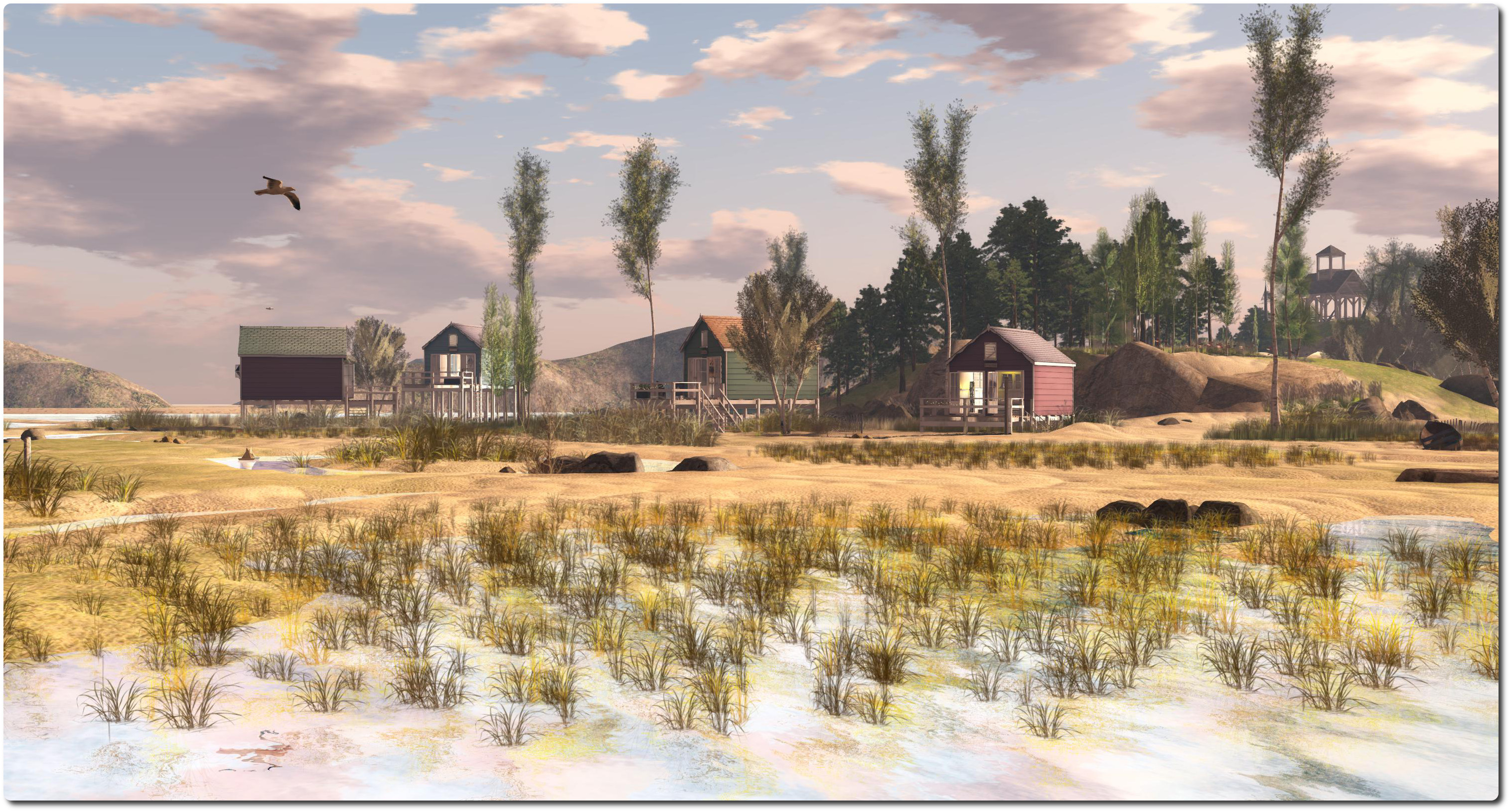 Kylie Jaxxon’s The Trace, until recently located on the region of Celestial Realm, has appeared in a few articles in this blog, although I’ve never actually written directly about it. Given Kylie has now moved to a new homestead region she has named, appropriately enough, The Trace, I thought it high time I rectified matters and, with an apology to Kylie for my tardiness, actually sat down and produced a post on her home.

And it is certainly worth writing about; The Trace, in its current incarnation, is nothing short of a splendid Second Life watercolour. The level of composition here is extraordinary, from the lay of the land through the selection and placement of buildings to the region windlight settings, all of which come together to present the visitor with a most remarkable and natural coastal setting, which could have been lifted from almost anywhere in the western world, but which had me thinking of somewhere on the New England coast, or perhaps situated on England’s Norfolk coast (even allowing for the offshore islands!). 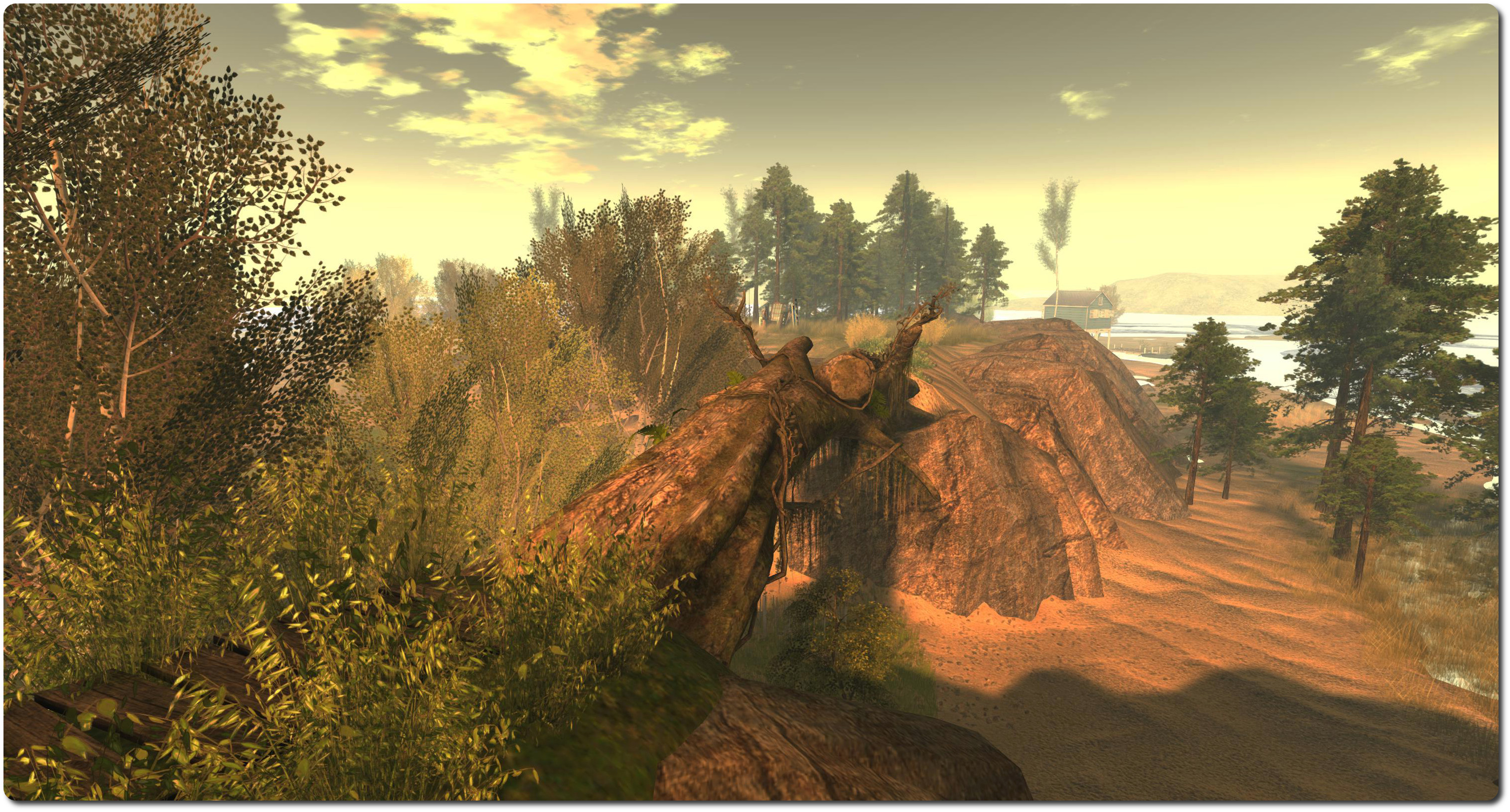 The west side of the island is low-lying sand dunes, waterlogged here and there and bearing wild grasses across them. A tide laps idly against the sand, and gulls wheel overhead (do have local sounds enabled when visiting).

A little further inland sit several beach houses, all mounted on sturdy wooden piles, suggesting these low wetlands can be subject to high tides or flooding through the year. Wooden board walks run between the houses like old railway sleepers, and point the way inland, where a line of low hills rise up to the east and north, their far sides forming a line of cliffs, complete with narrow beaches facing the sea. Nestled between the hills, towards the centre of the island is a little meadow-like area where sheep graze close to a potting shed. 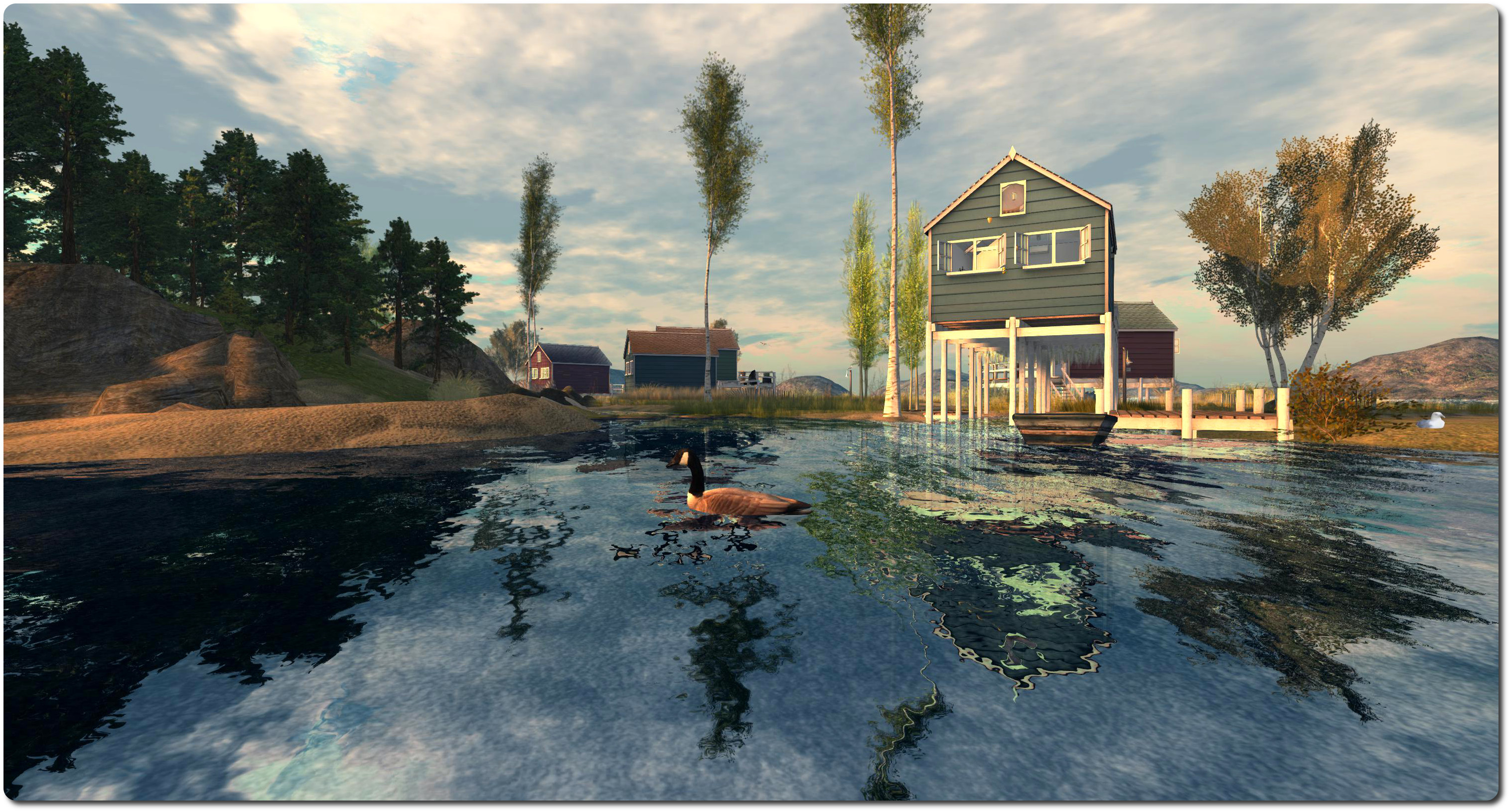 Up on the hills one can find more to see, in the form of a Victorian folly, with outdoor seating positioned around old gas lamps – just mind you don’t stray too close to the sprinkler that’s caring for the grapes growing close by. From here, one can wander south to the old boathouse and the wooden lighthouse beyond, or travel north and uphill to the highest point on the island to a wooden pavilion which appears to be serving as the local school-house. This overlooks the cliffs and beach to the east of the island, and down below it to the west, a rather unusual tree house rising from fen-like waterlogged grassland and surrounded by a small copse of trees. A series of stone paving slabs laid atop the sands allows the visitor to reach the stairs leading up to the treehouse without getting their shoes too wet.

As you might gather from the description, this is a very open environment where visitors are free to wander or sit, depending on the mood, and which offers a relaxing environment for exploration, one which is ideally suited to taking pictures and with trying-out different windlights. And like a visit to a real coastal region, time spent at The Trace can leave you feeling reinvigorated and ready to face the challenges of Second Life once more. 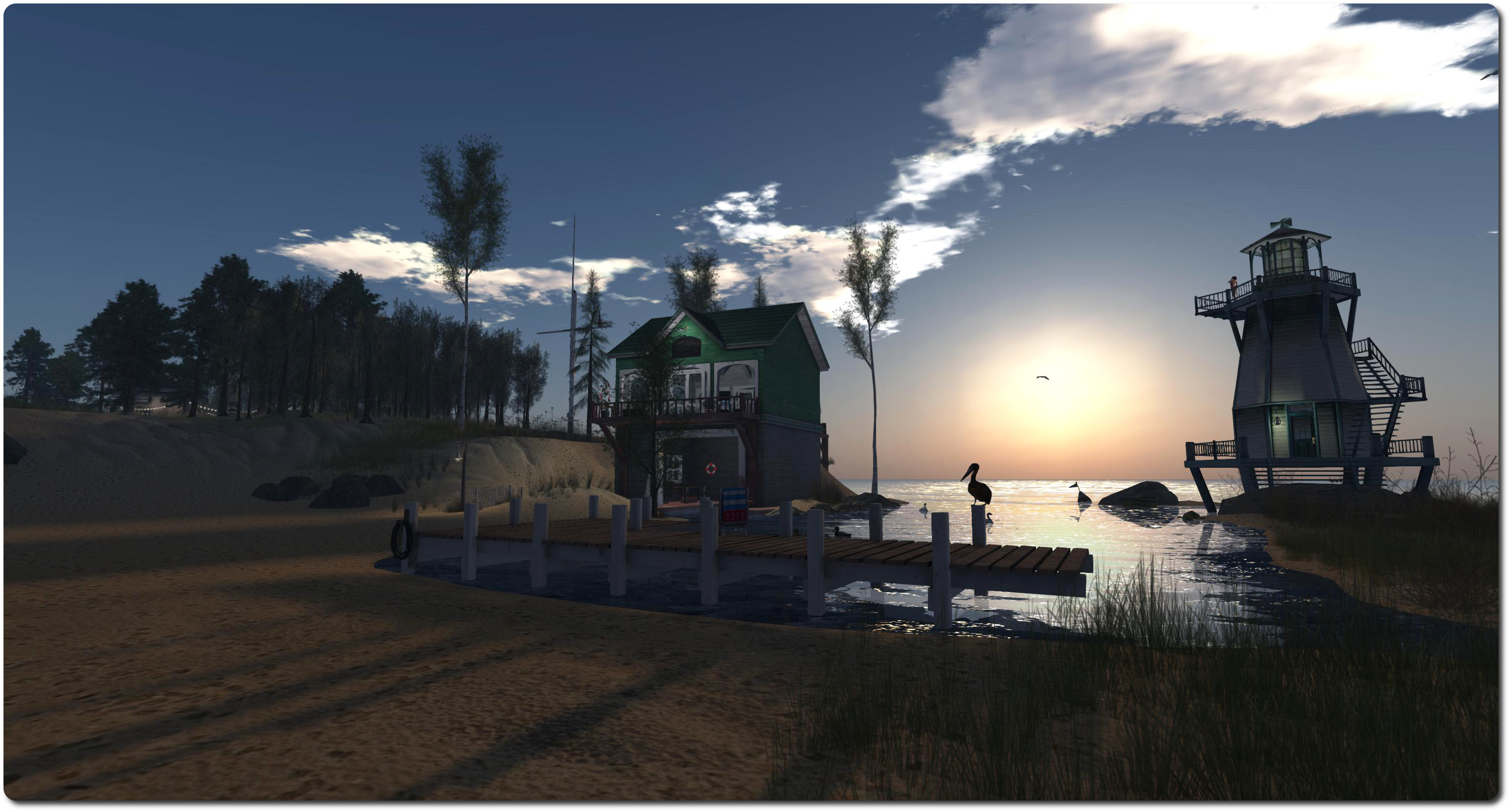 Rezzing is allows in the region, so if there are props, etc., you’d like to set-out for a photo shoot, you can do so without needing to join a group. However, if you do, please do be sure to make sure you pick-up your things afterwards. and don’t forget The Trace Flicker group, where people are invited to post their shots of the region.

All-in-all, this debut of The Trace in its new home is more than worth a visit; should you choose to do so and enjoy what you see as much as I did, please show your appreciation via one of the donation cans located around the region.

5 thoughts on “The Trace: a Second Life watercolour”