The Firestorm team have announced that version 4.4.0.33720 of the Firestorm viewer will be blocked from accessing Second Life and OpenSim starting on Thursday April 10th.

According to statistics from Linden Lab, there are some 5,500 people still using Firestorm 4.4.0.33720, which lacks support for many significant features, including Sever-side Appearance, Materials Processing and Fitted Mesh. Nor does it include support for many of the server / viewer improvements released over the course of the last year, including interest list updates and HTTP improvements.

Those people still running 4.4.0 are being strongly urged to update their Firestorm viewer to 4.4.2 or later prior to the block commencing on Thursday (no actual time is given in the blog post). Those already running 4.4.2 or later need not take any action – this does not affect you.

The block is being implemented as a part of Firestorm’s policy to, as far as is possible, only have three active versions of the viewer accessing Second Life at any given time. Unfortunately, OpenSim is also affected as the team do not currently have the means to selectively block older versions of the viewer from accessing individual grids at this time. However, this is expected to change when the time comes to block another release in the future. 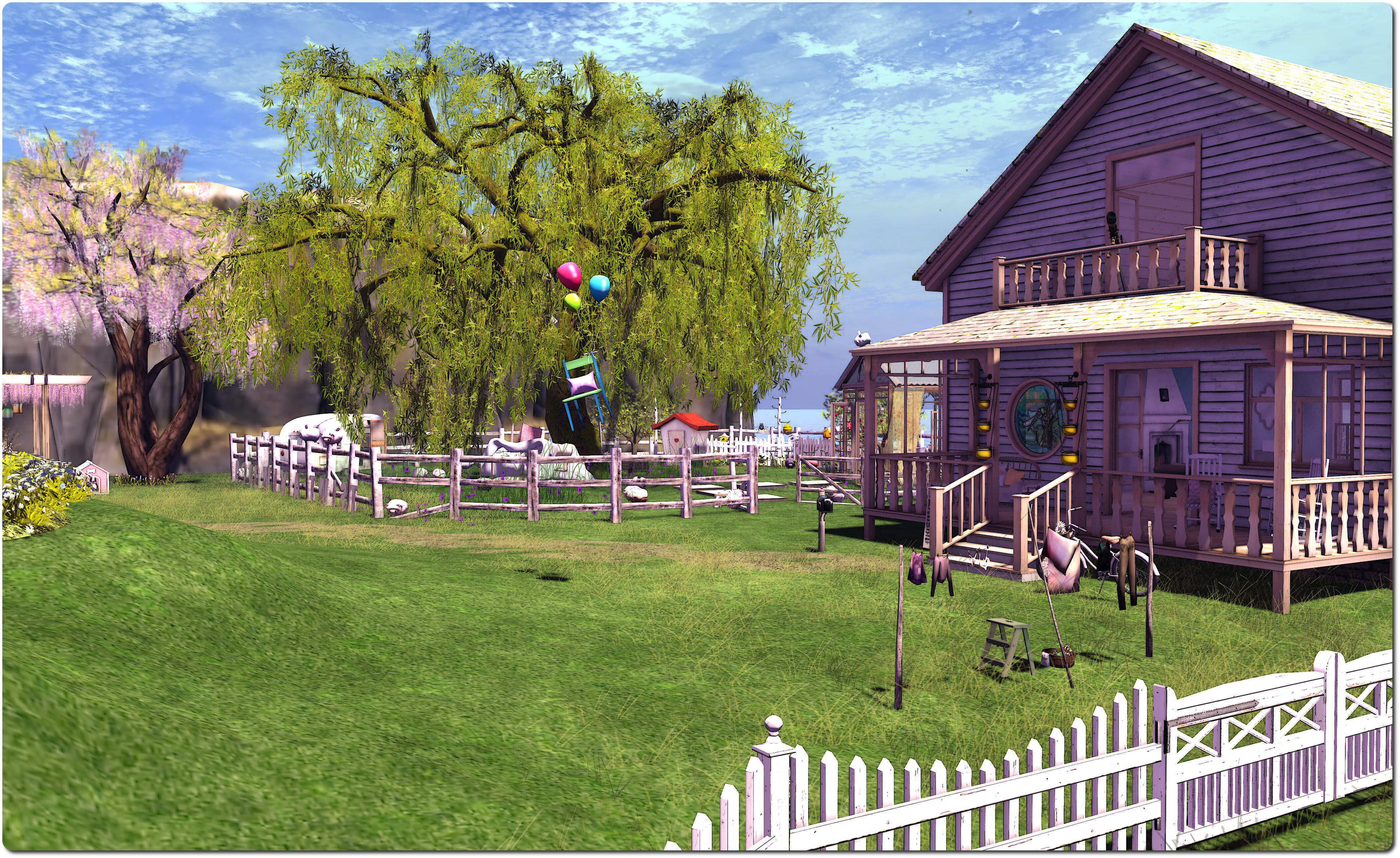 Amy Beebe alerted me to the opening of Done Wiv a Twist / The Sound District with her blog post on the region. As I’m always keen to explore new regions and parcels and enjoy finding out about live events, I decided to hop over and take a look.

A 8192 sq metre parcel in the region of Aquincum, Done Wiv a Twist offers a rural setting with a touch of whimsy. A small house with a garden sits to one side of the parcel, a short distance from the landing point, which is located in a small gazebo. Outside of the gazebo, wrought-iron chairs and tables offer a place to sit and enjoy the surroundings, or you can wander around to your heart’s content. 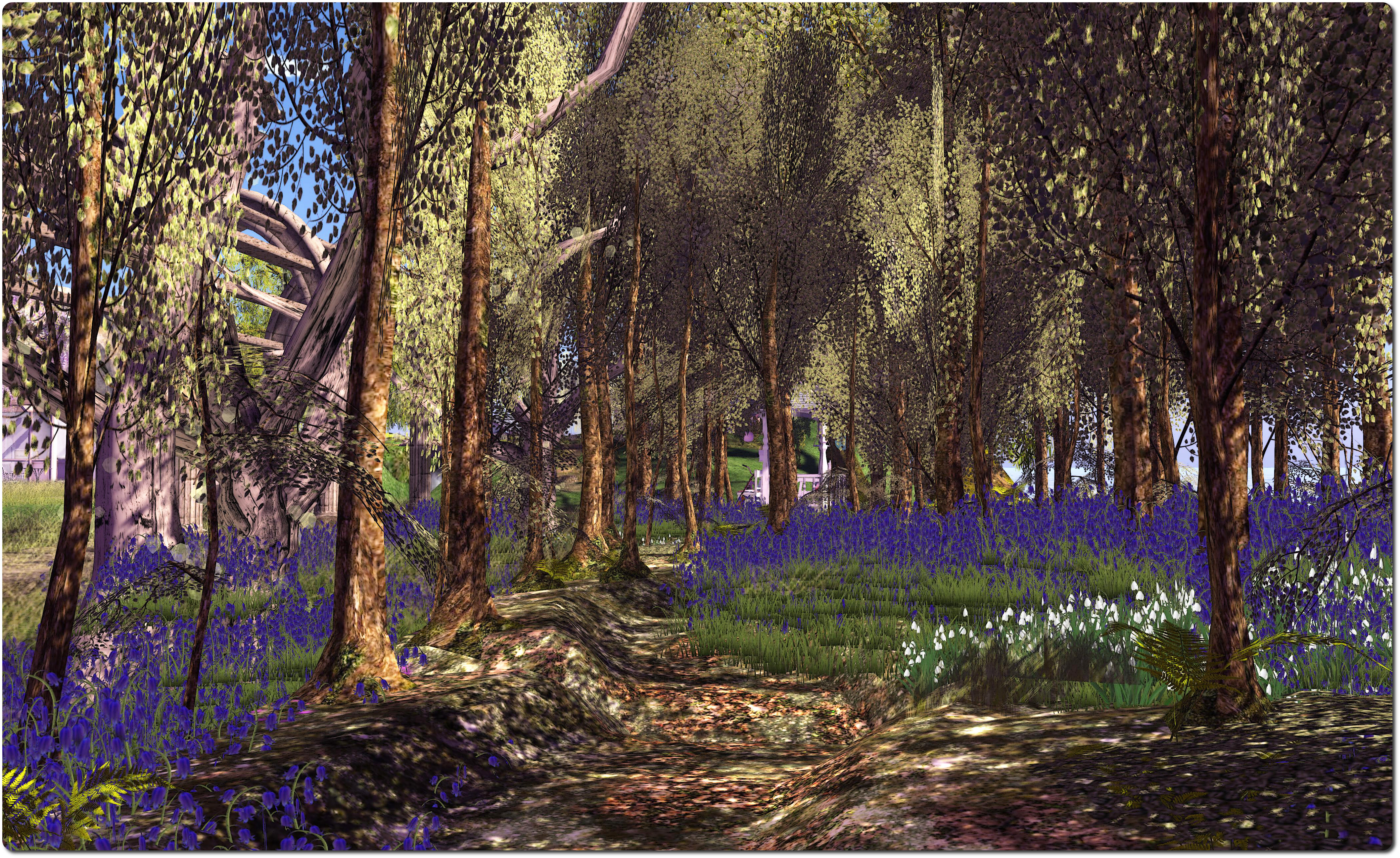 Following the path over a small wooden bridge will bring you to a sign warning your that you’re on a fairy crossing, and further along you’ll find the fairies themselves, all in various poses, gathered loosely around a small cottage on the far side of the parcel to the house.

More touches of whimsy can be found in the garden alongside the house, where Kerfluffle Sheep by Halogen Magic are romping (and, going by the ones up on the garden fence, getting ready to try a spot of flying!).

This is a delightfully tranquil place – although if you prefer, you can liven things up by turning-on the audio stream. For my part, I enjoyed wandering sans music, and simply enjoying all the little touches around the place which tend to keep the camera clicking away rather a lot. For those who want to watch the world go by, there are plenty of spots for that as well, indoors and out. 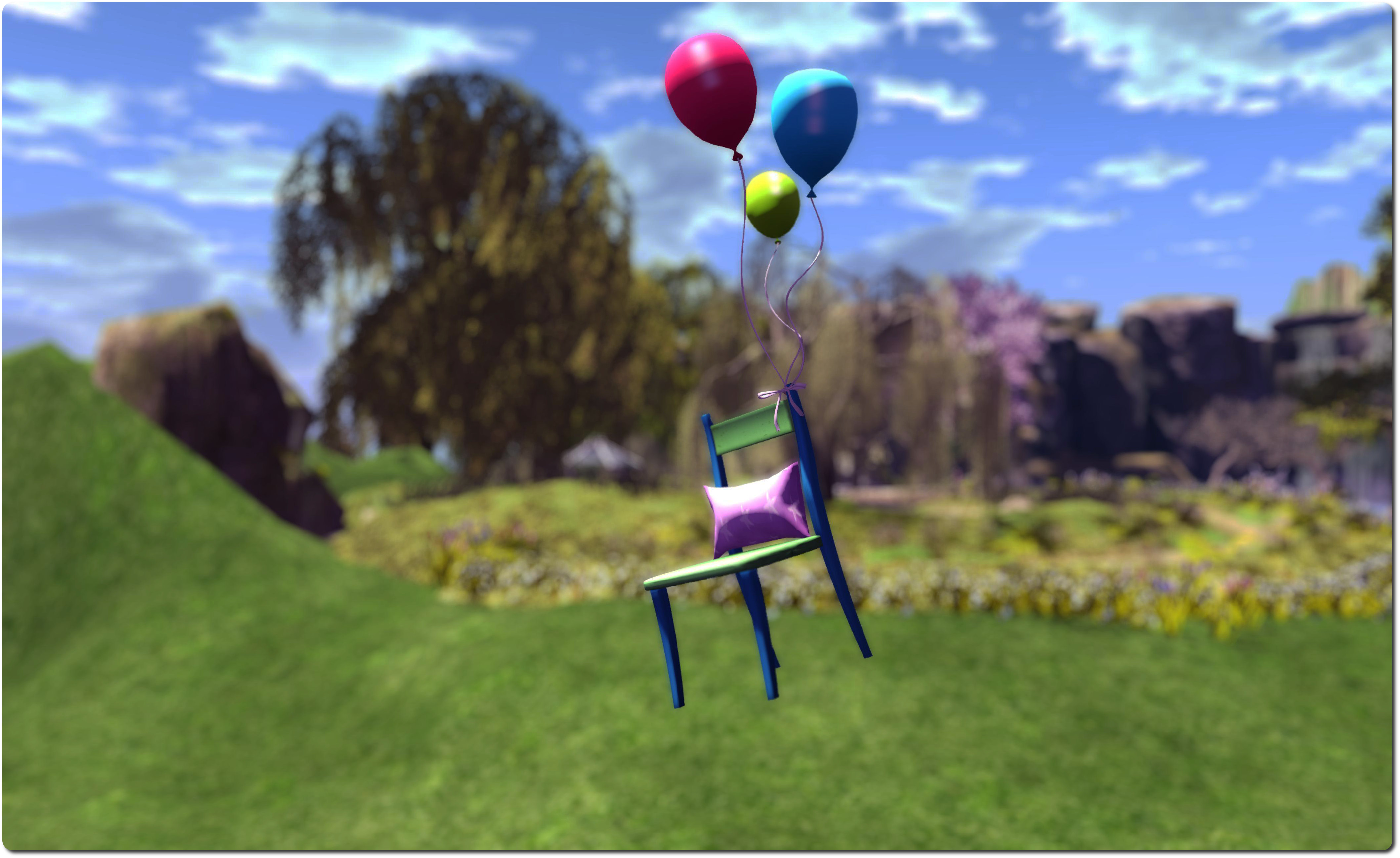 Those visiting the parcel and who take photos are invited to submit them to the Done Wiv A Twist Flickr group. If you’d like to have rezzing permission for poseballs, etc., when taking pictures, you can apply to join the Done Wiv A Twist in-world group. I gather from the welcome notecard furnished to visitors on arrival, that the parcel is likely to be changing with the seasons, so this could well become a regular stopping-off point for SL photographers through the year.

When you’ve taken time to explore the parcel, a teleport is available to carry you up to the very tasteful Sound District, and the reason I mentioned live events at the top of this article.  The Sound District is a venue for open microphone events which will be held on Tuesday, Thursday and Sunday each week between 19:00-21:00 SLT. Poets, singers, rappers, storytellers, comedians and more are invited to attend and entertain. There are obviously a few rules regarding this, but on the whole it sounds like another great opportunity for those who can spin a yarn or enjoy a little stand-up to pop along at take a turn at the mic. 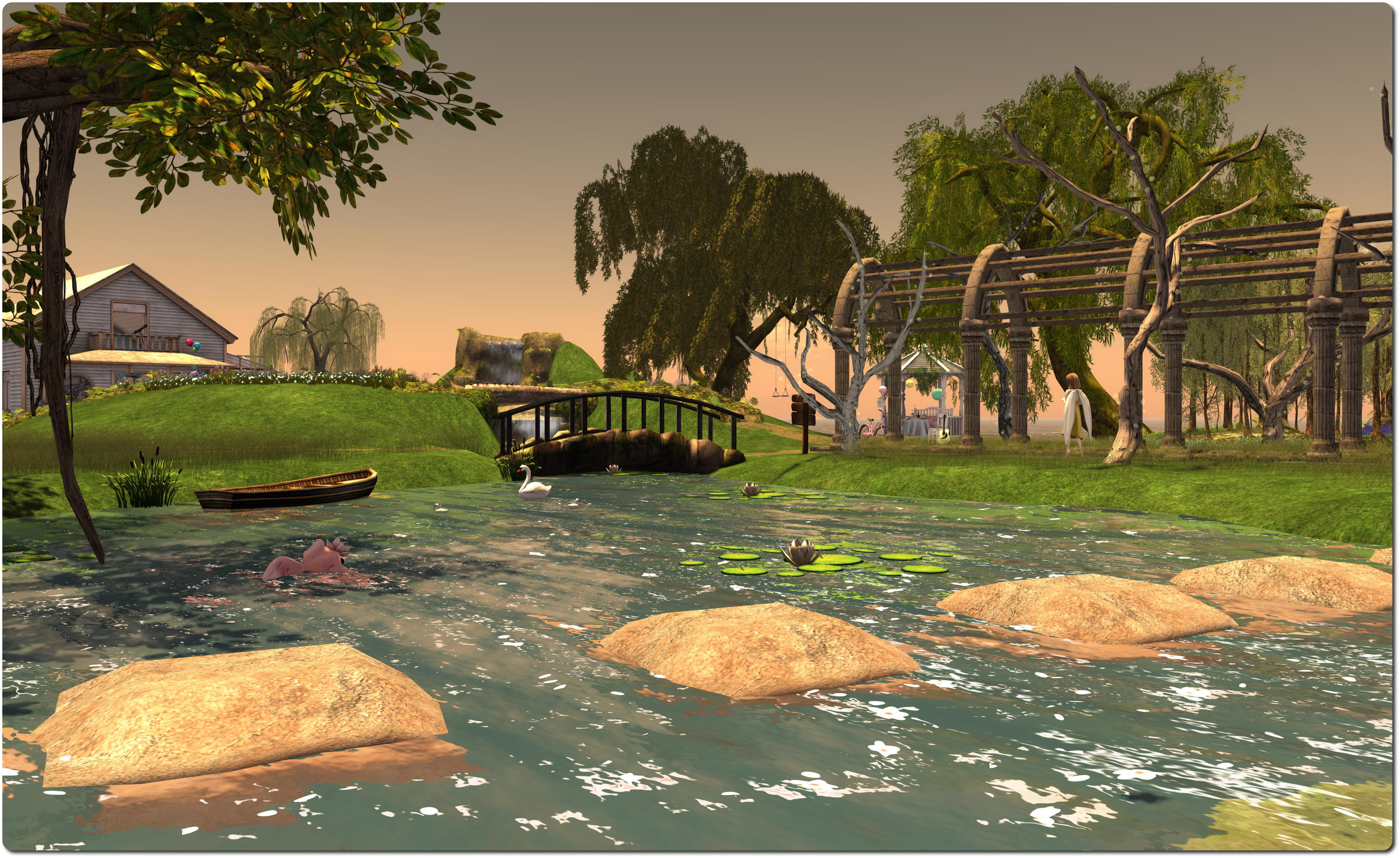 More details on the parcel and on The Sound District can be found on the Done Wiv a Twist blog and Facebook page as well as through the in-world group.

I very much enjoyed my visit, and will doubtless be popping back again in the future. 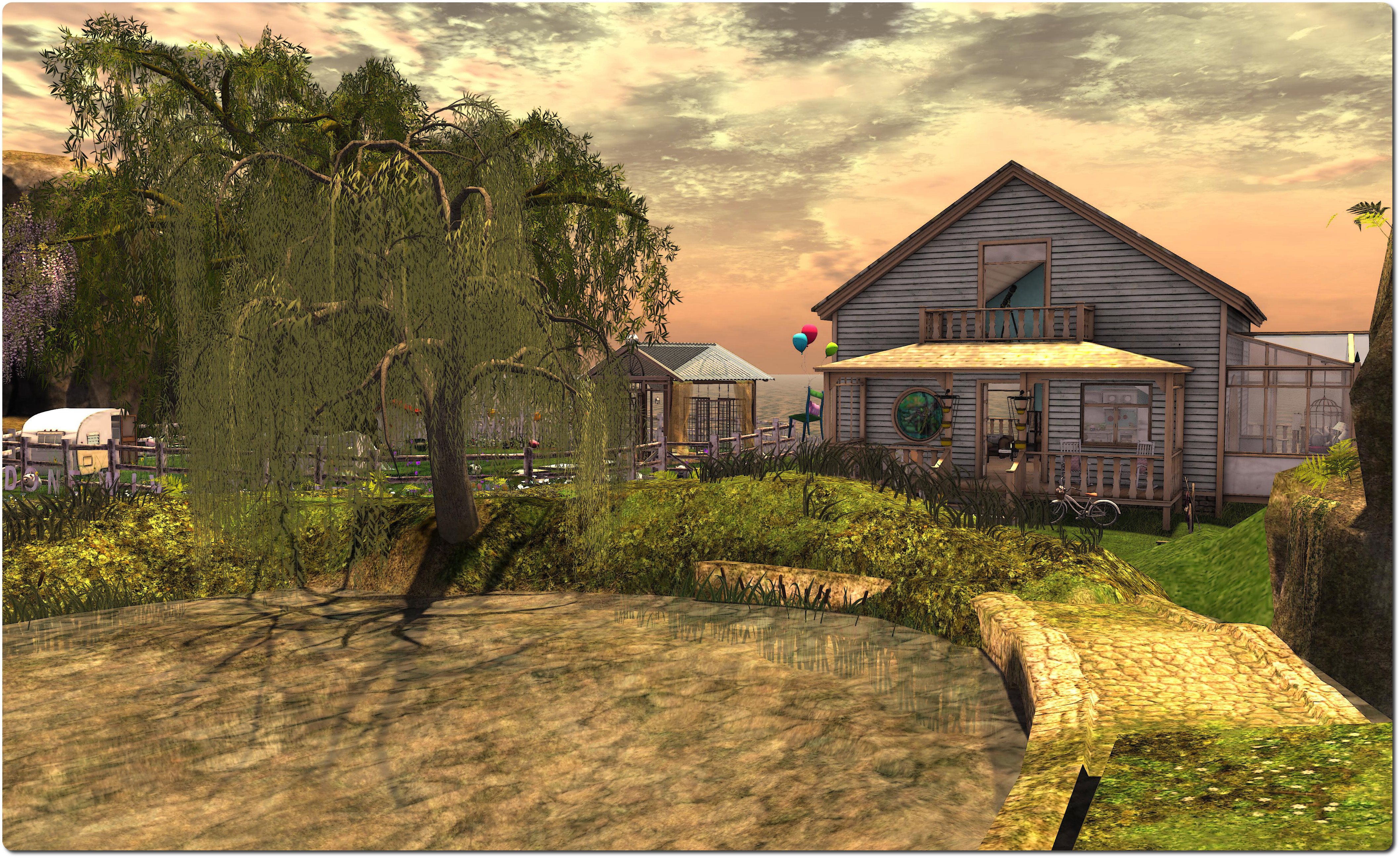