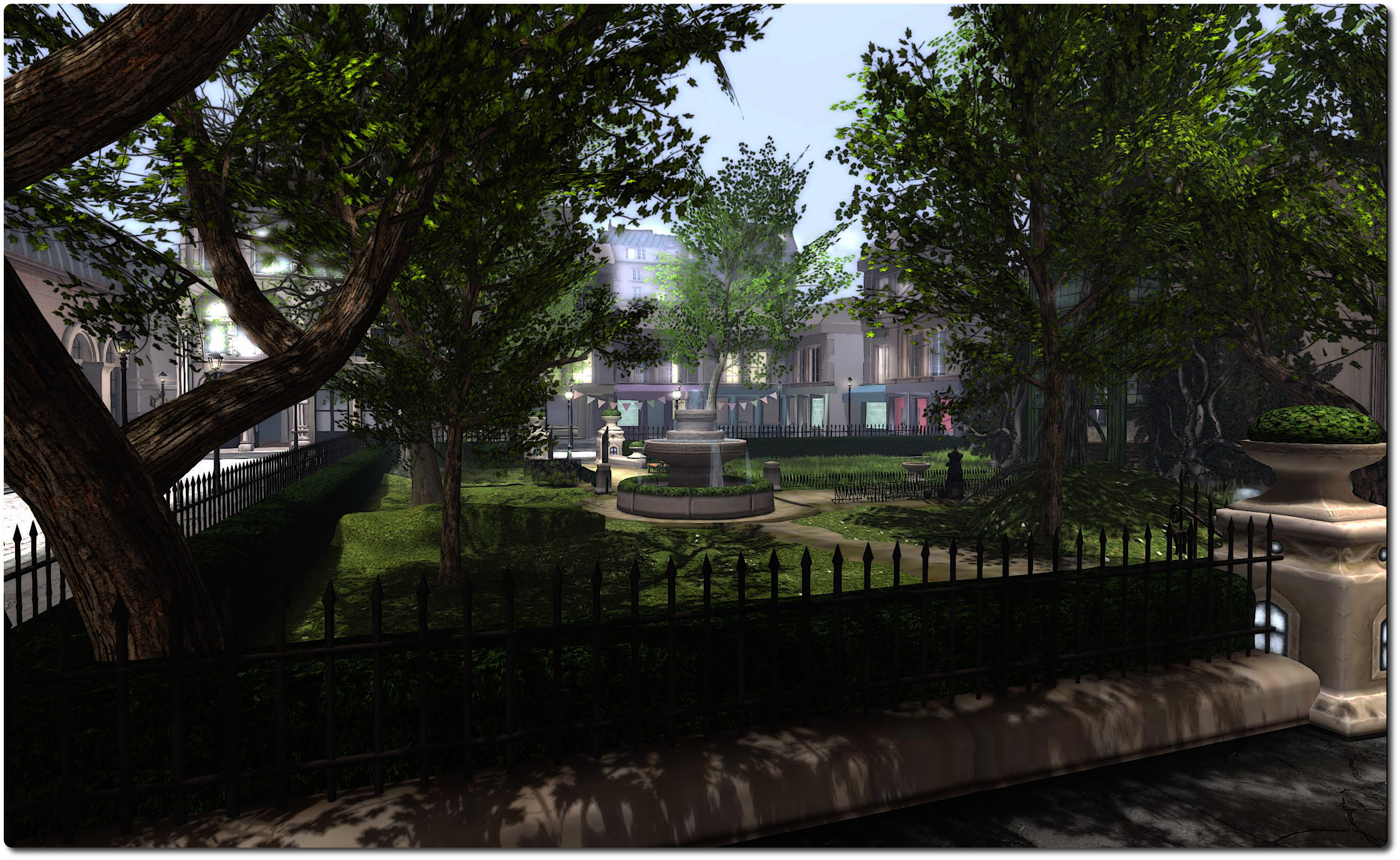 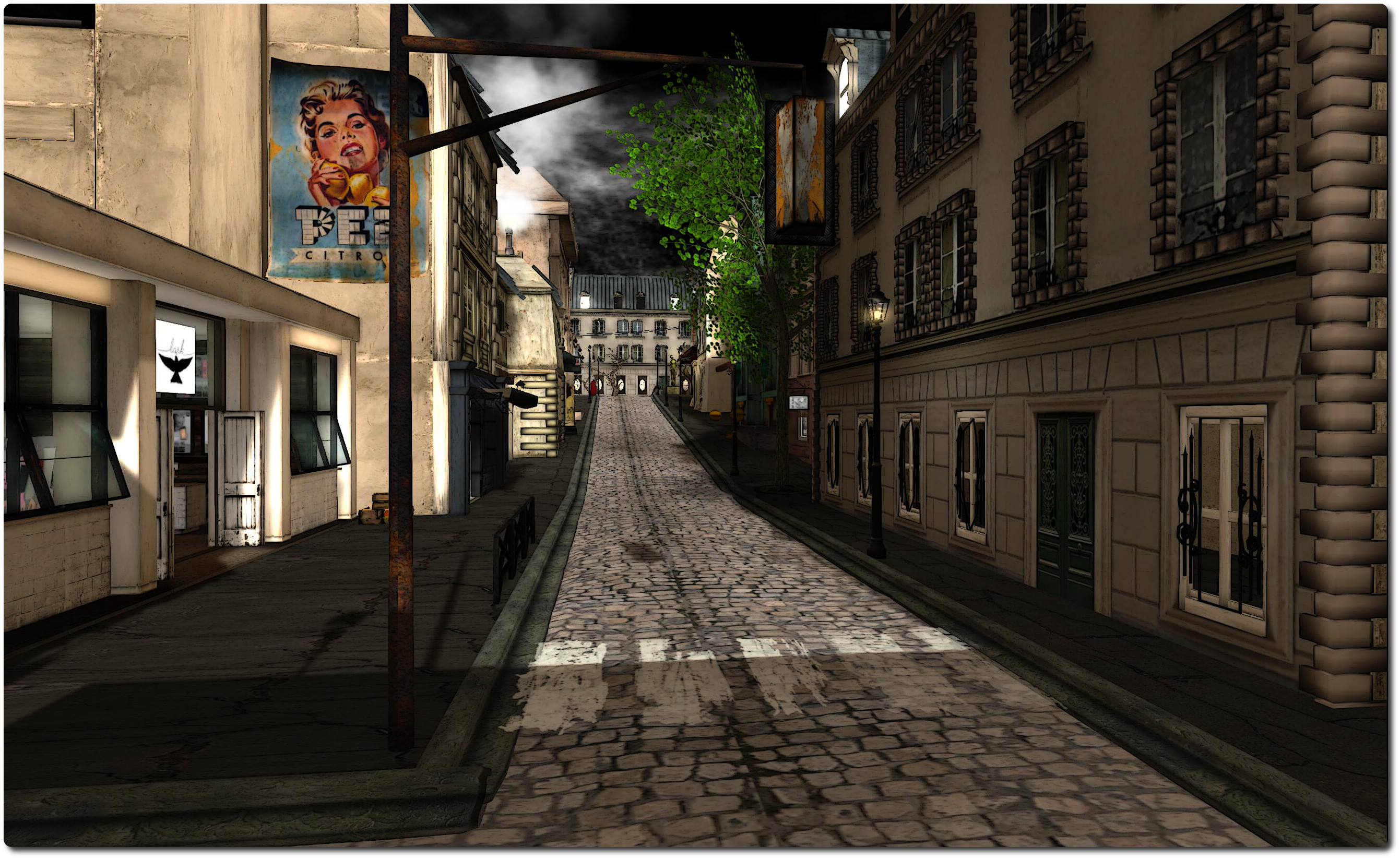 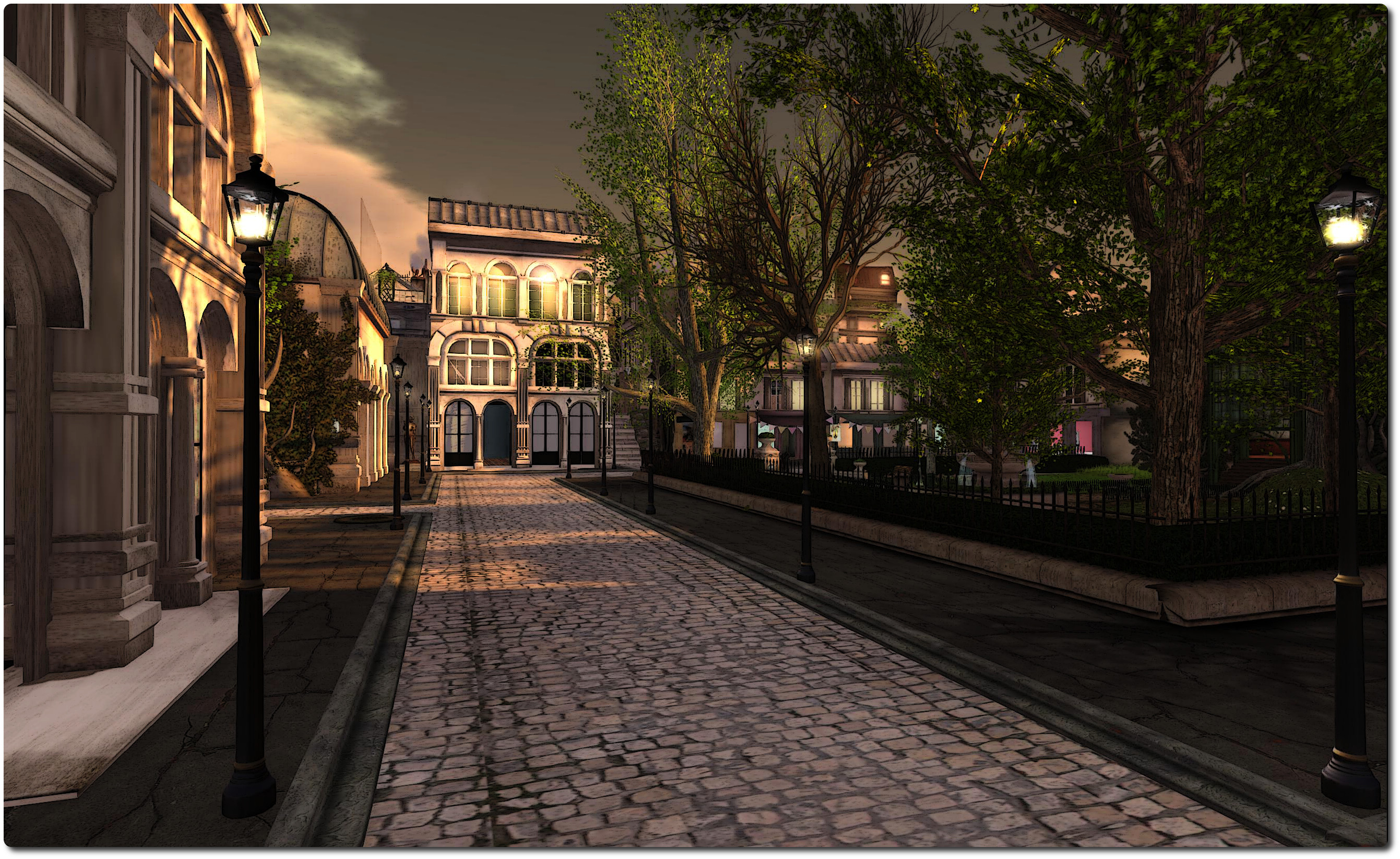 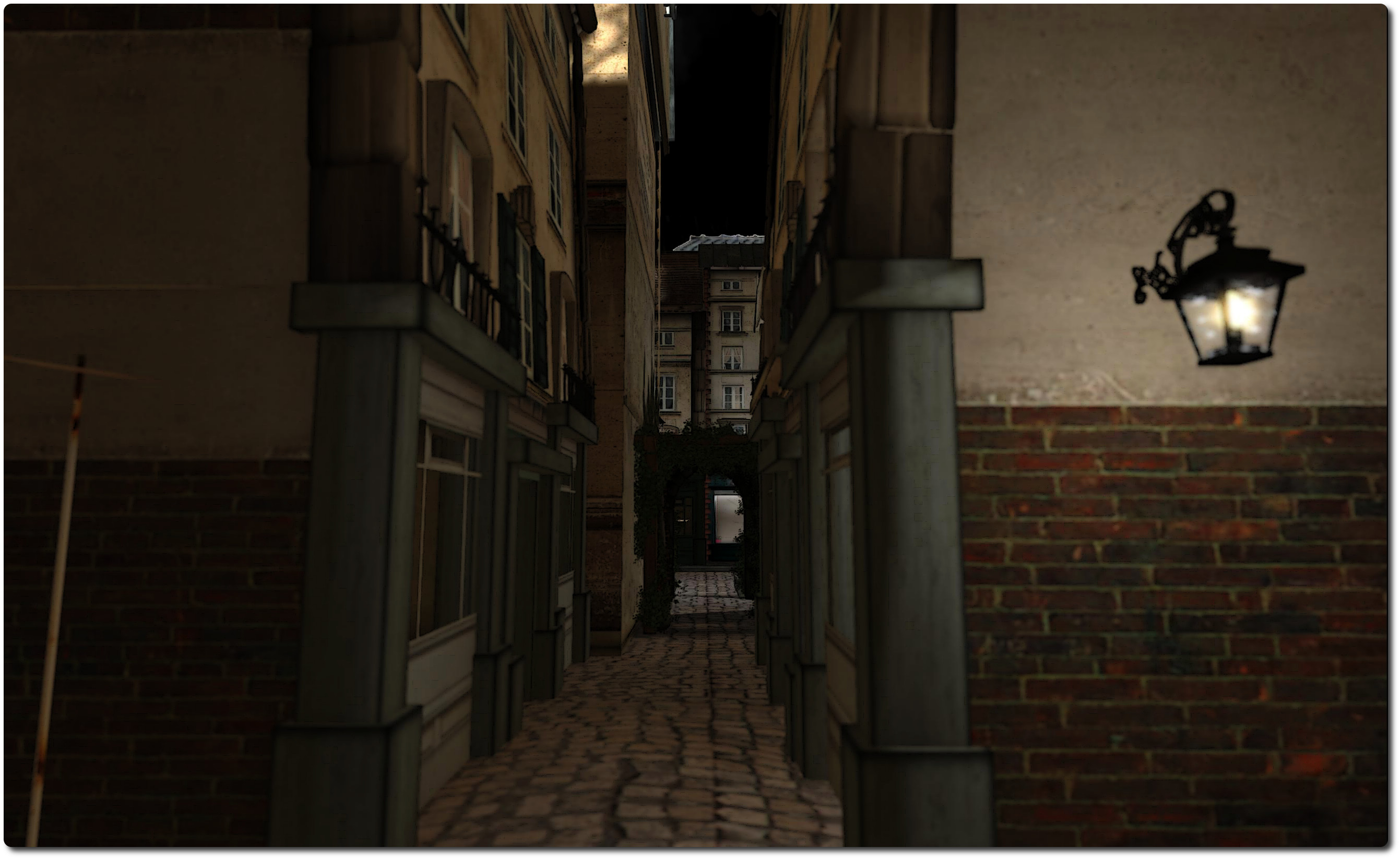 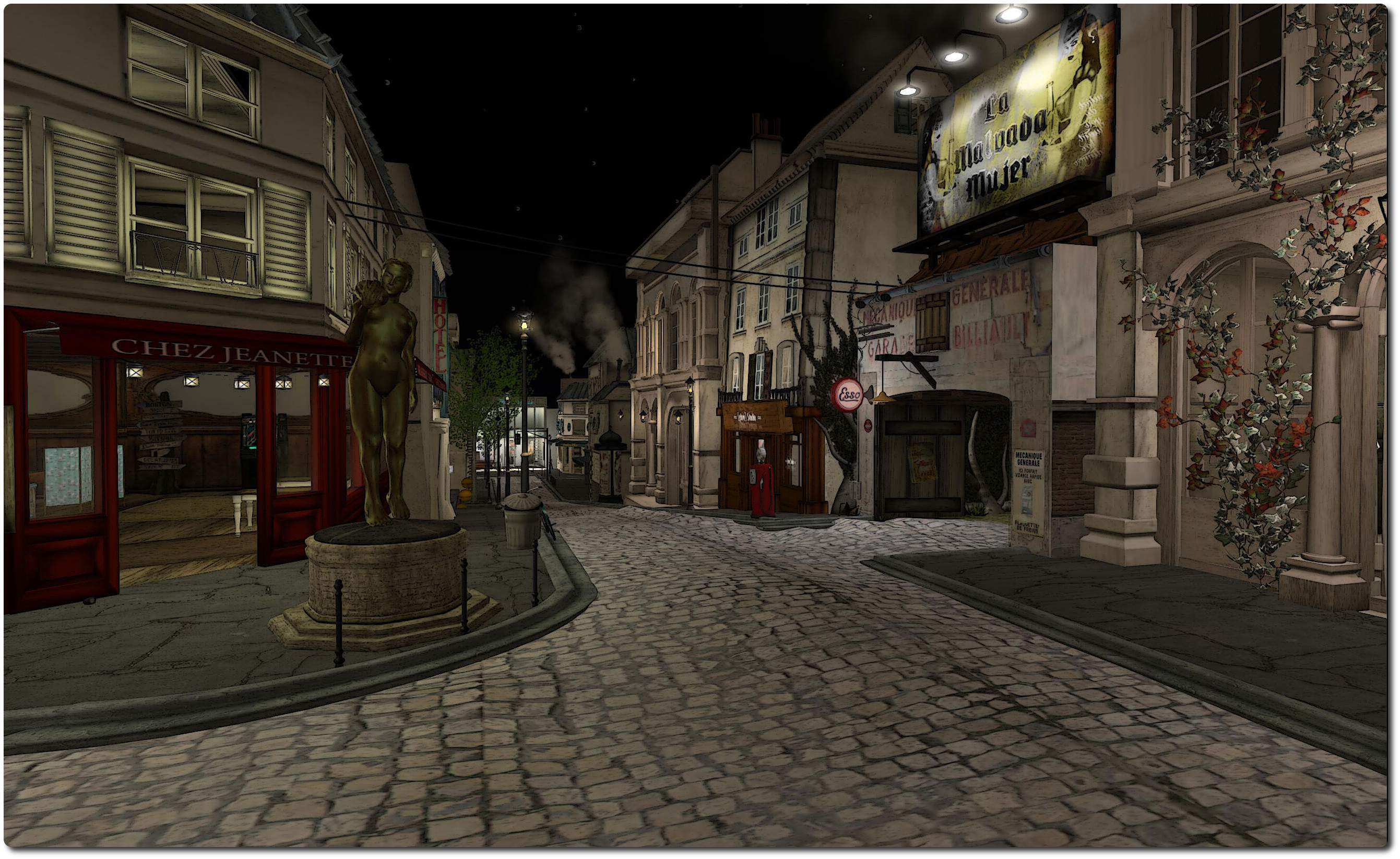 No, this isn’t a return to coverage of Wars of the Worlds in  SL. November marks the start of the next round of missions to Mars, with two new orbiters about to depart Earth as a part of our efforts to better understand the Red Planet and its atmosphere. Meanwhile, and despite a lack of headline news, NASA’s Mars Science Laboratory (MSL) continues its own explorations of the Red Planet, as does its little cousin Opportunity, half a world away.

During the last week of October, the MSL rover Curiosity chalked up another achievement making its first pair of back-to-back autonomous drives using its on-board capabilities rather than relying on assistance from Earth.

I’ve covered the benefits of Curiosity’s ability to “self navigate” and how it works in previous MSL reports. However, up until now the system has only been used after the rover has initially traversed a course carefully plotted by the drive team on Earth using images taken by the rover and from overhead passes of the Mars Reconnaissance Orbiter (MRO).

This was the case with the rover’s drive on Sunday 27th October, when it completed an autonomous drive after a plotted drive. However, on Monday 28th October Curiosity immediately resumed its autonomous drive without any input from Earth, heading for the next waypoint along the route which will eventually bring it into the lower slopes of “Mount Sharp”.

This waypoint, dubbed “Cooperstown”, is a rocky outcrop which had been identified as a candidate for examination by the rover in MRO images of the route to “Mount Sharp”. It is anticipated that Curiosity will spend no more than a day examining the outcrop, which is liable to be done predominantly using the instruments mounted on the turret at the end of the rover’s robot arm.

“What interests us about this site is an intriguing outcrop of layered material visible in the orbital images,” said Kevin Lewis of Princeton University and a participating scientist for the mission responsible for planning the “Cooperstown” activities. “We want to see how the local layered outcrop at ‘Cooperstown’ may help us relate the geology of ‘Yellowknife Bay’ to the geology of ‘Mount Sharp’.”

“Yellowknife Bay” is an area of Gale Crater which, alongside that of “Glenelg”, the rover spent some 6-months examining various rock formations and gathering samples for analysis.

The planned duration of the “Cooperstown” stop is in marked contrast to the rover’s last waypoint stop, and coupled with the testing of back-to-back autonomous drives, is aimed at accelerating Curiosity’s progress towards the desired destination of “Mount Sharp”. So far, the rover has traversed around one-third of the 8.6 kilometres (5.3 miles) separating the “Yellowknife Bay” area, which it left in July 2013, from the entry point to the lower slopes of “Mount Sharp”.

The ability for the rover to safely store data necessary for it to resume self-navigation in its onboard memory is also vital for future planning for Curiosity’s progress over the upcoming holidays, when it is hoped that multi-day operations for the rover can be planned and uploaded, allowing the rover to continue in a range of activities, including driving, rather than necessarily spending the entire holiday periods parked-up and performing static science.

The next key activity for the rover is the uploading of the third new version of the on-board software. Such uploads are periodically needed in order to both prepare the rover for upcoming aspects of the mission and to improve its capabilities. This next update will see improvements in the information the rover is able to store overnight for the purposes of autonomous driving, updates to the software controlling the robot arm which should further increase the ability to use the arm when the rover is parked on a slope – something which is likely to be needed once Curiosity starts exploring “Mount Sharp”.

END_OF_DOCUMENT_TOKEN_TO_BE_REPLACED

Give the numbers! is a collaborative exploration of numbers and their meaning, be it practical, philosophical, mystical, factual or fantastical, and their influences on us.

Given that numbers are central to our lives in so many different ways, the idea of representing them, their many and varied meanings, influences and uses is a fascinating concept, and in Give the numbers!  it is one which is intriguingly presented. The main part of the installation is floating in the air as series of platforms interlinked by a teleport system, and presented in a series of two-dimensional frames above which they sit.

The way the various numbers from 0 through 8 are presented and interpreted is highly individual, leading to an absorbing piece which deserved a reasonable amount of time and effort in exploring. Some of the pieces offer interactive elements as well, so keep an eye out for these. When I made my preview visit, elements were still under construction, so there are probably newer aspects to be explored and enjoyed and which I missed when looking around.

When you have finished exploring the sky platforms, do take a trip down to ground level, where you’ll find Giovanna’s Arthimos, a fascinating geometric build which, in the words of the artist, offers, “Fascination and illusion in  balance between rationality and irrationality.”

Here the numerical influences are again clear through the use of the various shapes and lines, but there is something else at work here; pan around the build and elements which might initially appear to work together seem to come into conflict; the rational becomes irrational. Even the nature of numbers changes, thanks to the placing of a series of dice around the build, reminding us of how numbers are often linked with chance, and chance, while irrational, often forms the basis of our supposedly rational ability to make decisions.

There is little guidance on preferred lighting settings, but I do recommend  something around Midnight is perhaps the best way to appreciate the pieces,  together with a relatively low draw distance to bring each element individually to the fore (with the exception of Arithmos, where a draw distance sufficient to let you see the entire region is recommended). The images here were captured using JAXBlackContrast from Jackson Redstar, with cloud cover set to zero and S/M and Ambient Sun / Moon settings tweaked a little via the colour picker sliders.

Give the numbers! will run through until the end of December 2013.

Caledonia Skytower and Corwyn Allen read The Adventure of the Second Stain, from The Return of Sherlock Holmes.

Holmes and Watson received two very distinguished guests, who between them have a serious problem of some considerable import and delicacy.

None other than the Prime Minister, Lord Bellinger and the Secretary of State for European Affairs, Trelawney Hope, inform Holmes that a document has been stolen from Hope’s dispatch box, apparently while the latter was at Secretary of State’s home. The document, a letter from a foreign potentate, could result in very dire consequences – even war – if delivered to the wrongs hands.

Both the Prime Minister and Hope impress upon Holmes that such is the nature of the document that no-one in Hope’s household, not even his wife, knew of its presence prior to the letter vanishing when Hope himself was out of the house for a number of hours.

Taking the case, Holmes decides to call upon a number of spies who may have a vested interest in obtaining the letter on behalf of their governments, only to find one of them has been murdered. Deciding that this could not be mere coincidence, he finds the mystery deepening when Hope’s wife, Lady Hilda Trelawney Hope, arrives at his home, demanding to know the contents of the document, whilst also begging Holmes to tell her husband nothing of her visit…

Tuesday November 5th, 19:00: Treasure it the Heart of the Tanglewood

Faerie Maven-Pralou restarts her reading of Meredith Ann Pierce’s 2001 novel for young adults, which was unfortunately interrupted in August.

Escaping the wizard’s manipulative grasp, Hannah sets out to find a cure for the knight, an adventure in which she discovers her own identity and the repercussions of some of her actions while under the control of the wizard.

“This is quite possibly the most exciting adventure ever to be written about milk since Tolstoy’s epic novel War and Milk. Also it has aliens, pirates, dinosaurs and wumpires in it (but not the handsome, misunderstood kind), also a never-adequately-explained-bowl-of-piranhas, not to mention a Volcano God.”

What do you do when your wife is away on a business trip, you pop down to the corner shop to get a pint of milk for the kids’ breakfast, get caught in conversation and eventually return home to the accusing stares of your two children delivered across milk-less bowls of cereal? Do you admit that yes, in fact you had been gossiping, or do you opt for the safer way out and offer-up the most outlandish tale?

Guess which course of action this particular father took?

Join Caledonia Skytower as she reads Neil Gaiman’s delightful tale in the art of trolling the kids.

If you love quirky and dark short stories but have become discouraged over the lack of originality these days then this book will renew your faith! “Weirder Than Weird” is full of dark and creepy tales as well as a few oddballs that Rod Sterling would probably feel right at home with. With Shandon Loring.