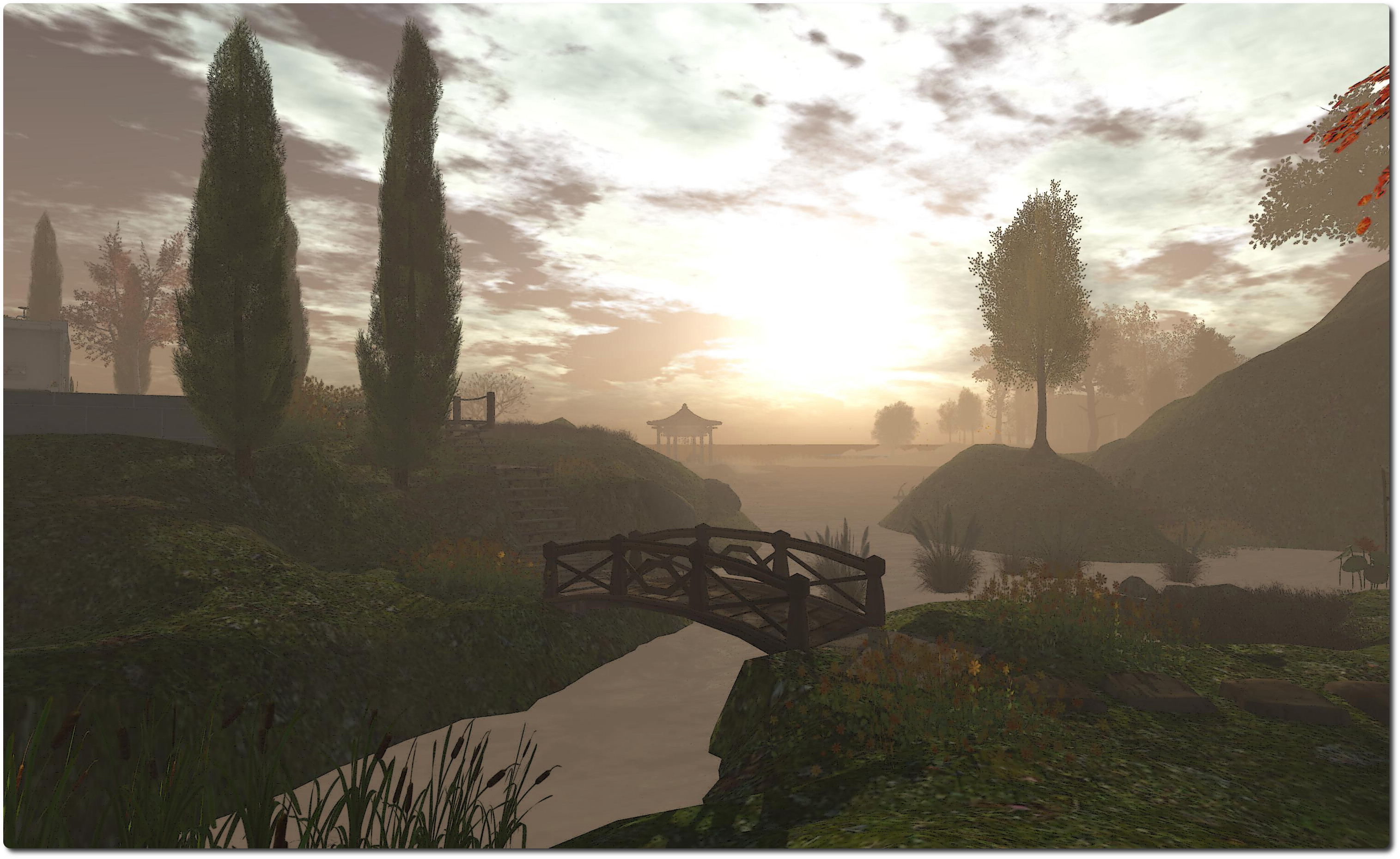 In December 2012, I visited Whispering Wind, a Homestead region neatly split between Tab Tatham’s Tatty Soup, and Lindini2 Lane’s L2 Studio. At the time of that visit, I focused more on Tab’s Tatty Soup, and really only made passing mention of L2 Studio.

Now, 12 months on, Tatty Soup is no more, Tab having moved her store to a new location, but L2 Studio is still there, and while winter holds sway over the northern hemisphere in the real world as well as making its presence felt across numerous regions in-world, L2 Studio remains firmly in the grip of a balmy late summer. 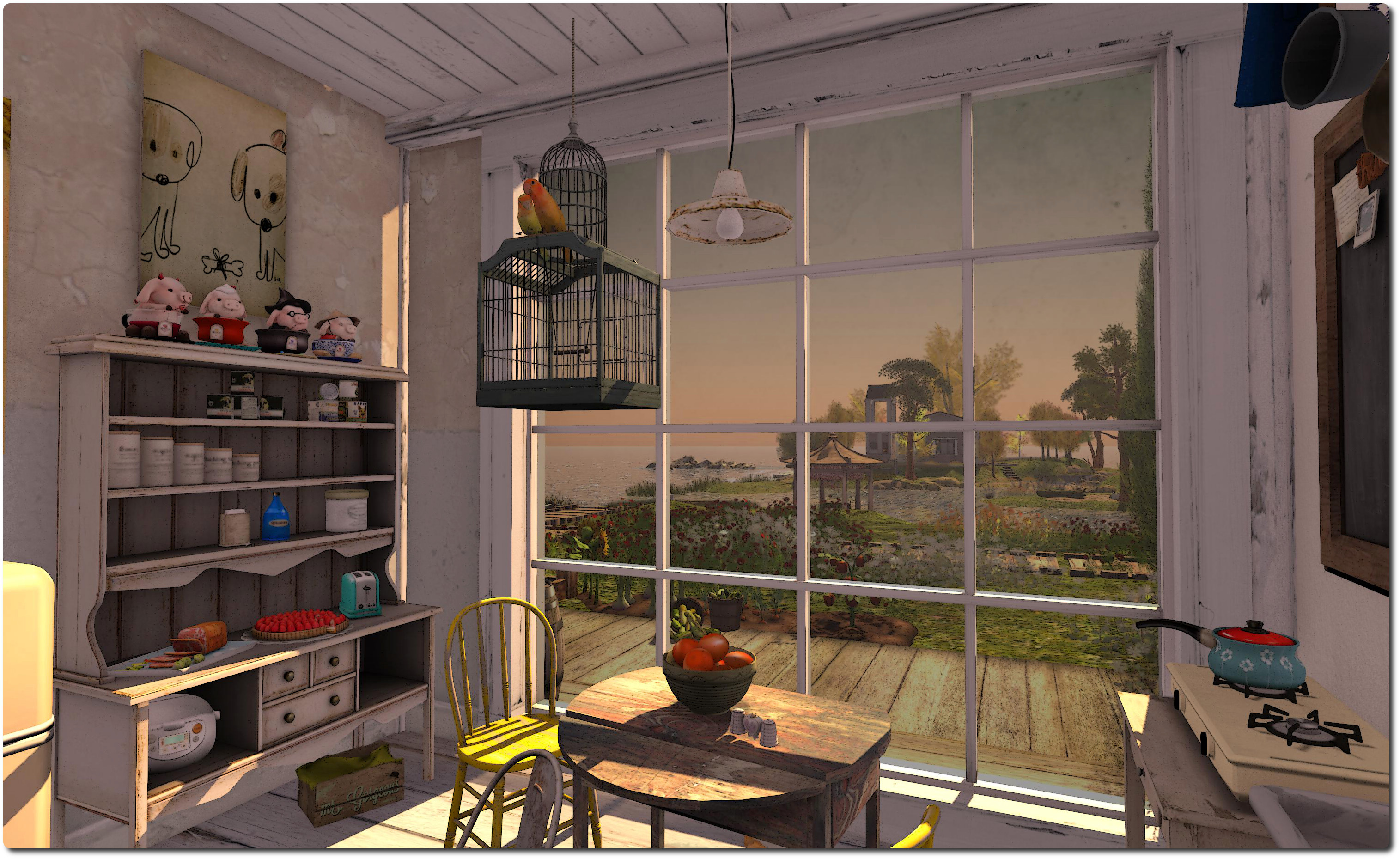 It’s a delightful region to visit, whether you’re looking for a new place to explore and photograph or simply want to while away a little time. Two houses sit across the length of the parcel from one another, separated by what is perhaps best described as flooded lowlands. Don’t be concerned by the presence of the houses, however; they are not private residences, they are show homes from the L2 Studio range, and visitors are welcome to explore them.

Nestled under the narrow hills which divide the region in two, and located slightly closer to one of the houses than the other, sits the L2 Studio store itself, which has on display vendor board for the L2 Studio range. A cobbled path links the store with the nearer of the two houses, crossing a narrow causeway overlooking water on each side. 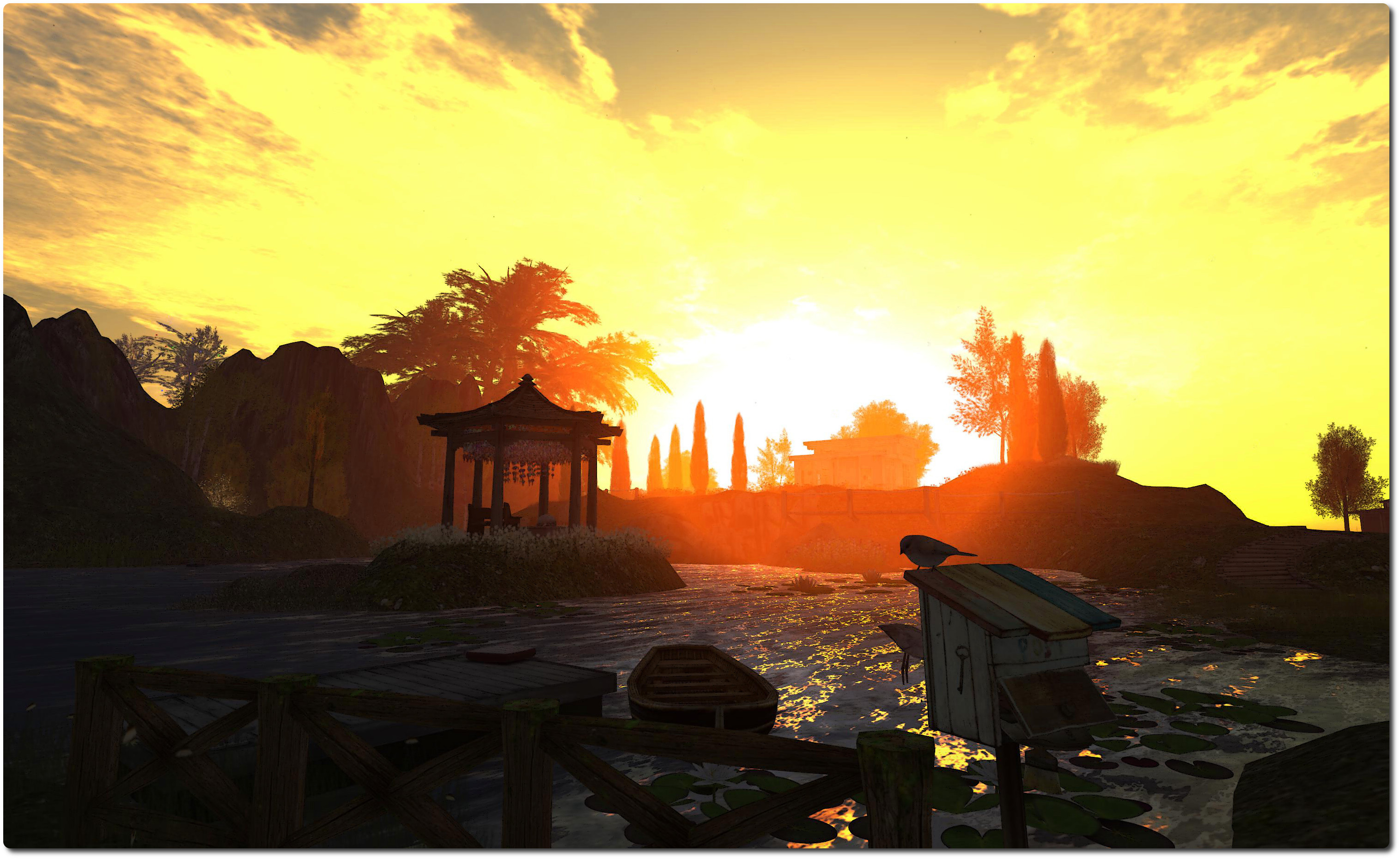 As well as the houses and studio, there are wooden walkways, beaches, places to sit, wildlife and animals to observe  – in short, more than enough to keep the SL explorer and photographer well occupied as they wander around.

Given the beauty and setting of the parcel, it should come as no surprise that it naturally lends itself to many different windlight presets, and looks marvellous by day or night – taking your time to experiment is the key factor here.

This is likely to be the kind of place that makes the latest improvements to interest list loading (at present available in a release candidate viewer, but up for promotion to LL’s main release viewer “real soon now”) a real joy. The design of the parcel is such that once cached, it’s liable to pop-up in front of you as soon as you make a return visit. 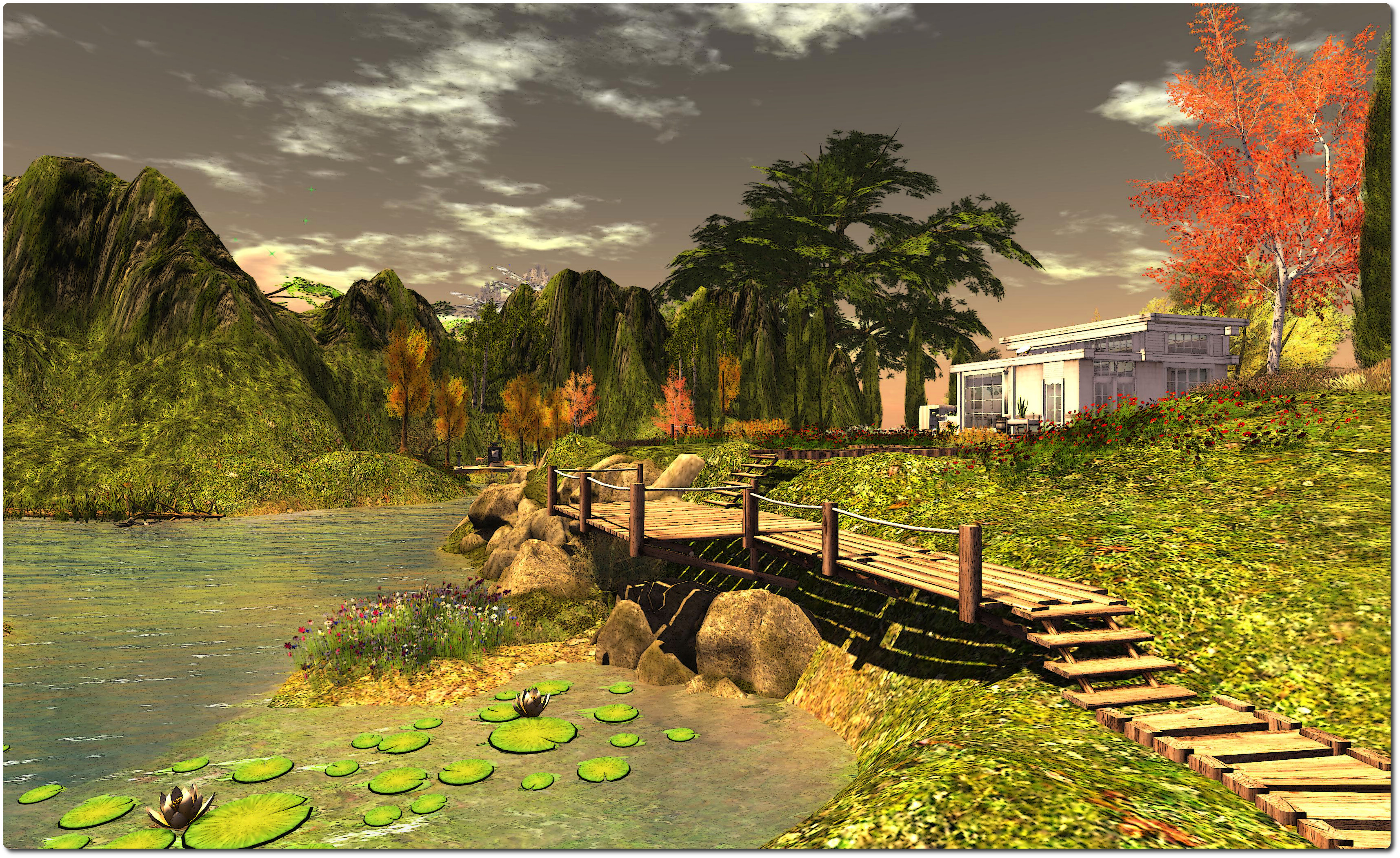 If you’re looking for a little break from all the wintertime wonderlands which are very much a part of the grid at this time of year, L2 Studio could be just the tonic. While other regions may have you longing for a warm fire and a big mug of hot chocolate to wrap your hands around, right now L2 Studio will have you wandering in shirt sleeves and perhaps dipping a toe or five into the waters which form a part of the parcel’s charm and character, just so you can feel a little cooler in the summer warmth.

The Machinima Expo 6 was held on November 17th. As reported in this blog, the Expo, which features machine of all genres drawn from a variety of platforms and software tools, showcasing them to a global audience.

In all eleven films were nominated for awards, to be voted on by a special jury from outside of the machinima community. Three went on to win Jury Prizes:  The Amazing, Fantastical, Electrical Adventures of young Tesla Episode #2, by Mark Pleasant (platform: iClone); Remember Me by Kate Lee & Sherwin Liu (iClone) and Civil Protection: The Tunnel by Ross Scott (Half-Life 2 / Source).

However, it was Tutsy NAvArAthnA’s Narcissus, the only nominated film to have been created in Second Life, which won the jury’s Grand Prize.

Narcissus, as the name suggests, is a retelling of the classic tale of Narcissus and Echo, from Ovid’s Metamorphoseon libri.  It’s a moving piece, beautifully composed and which stands as a magnificent example of machinima at its best, and well-deserving of the jury’s recognition.

For those wishing to see all four prize-winners, there are available on the Machinima Expo 6 blog (click on the images to view the films), and all the showreels and jury reels will remain available on the Expo’s uStream channel until November 24th.

With thanks to Pixie Rain.