Published in 1933 / 1934, The Thin Man was the last of Dashiell Hammett’s five major novels – although it did not mark the end of his career as a writer, as he continued to write short stories and screenplays well after the novel’s publication.

The story follows Nick and Nora Charles, he is a former private detective, she a  wealthy socialite. Thanks to Nora’s wealth, the couple tend to enjoy a life of leisure, booze and flirting. Until, that is, they are asked to look into the mysterious disappearance of the Thin Man himself – one Clyde Wynant, a former client Nick helped in the past, and who vanished on a business trip ahead of his daughter’s wedding.

The story, rich in banter, humour and twists and turns was an immediate hit, quickly becoming the basis for a 1934 film starring William Powell and  Myrna Loy as Nick and Nora, and which kept pretty close to the novel with just a few changes (in the film Nick is a former police detective, for example).

It, too, was an immediate hit – so much so, that Hammett was commissioned to write five further stories (the second of which was co-written by Anita Loos) to used as the basis for a series of  sequel films produced between 1936 and 1947, all of which saw Powell and Loy reprise their roles (incidentally, the series retained the use of “The Thin Man” – originally a reference to Clyde Wynant, as noted, because many in the film’s audience believed it to be a reference to the character of Nick Charles).

What is particularly notable about The Thin Man and its sequels, is the relationship – the flirtatious repartee and banner – that marked their relationship, and which was sharply transferred to the silver screen in the first film, becoming a hallmark of the sequels and, later the television series (1957-59) in which Peter Lawford and Phyllis Kirk took over the lead roles. In this, The Thin Man is regarded as the archetype for the popular husband / wife detective series of screen and television that followed it.

So be sure to join the Seanchai Tea-Time team as they present the last in this mini-series. 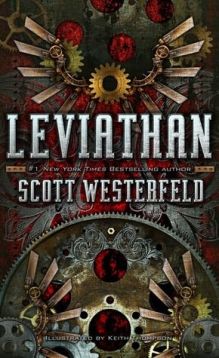 The third and final instalment in  Scott Westerfeld’s Leviathan series, Goliath takes us once more to the alternative past history of Earth at the time of the First World War, and a world divided between the Darwinists- those who have evolved genetics to make animals more useful to humans – and the Clankers, who have built their society on machinery technology.

Once again we join Alek and Deryn in their adventures, this time with both of them aboard the living airship Leviathan. Unexpectedly, the ship is diverted mid-flight over Russia with orders to pick up a single large create being transported overland by a fighting bear. Once aboard the whale-ship the crew set about constructing the machine as the ship continues on its way.

Passing over Siberia, the Leviathan comes across an area of great mystery: a devastated region where the trees have been flattened to form a great series of rings, the corpse of another whale-ship lying near its centre, the beleaguered survivors needing rescue even as they are protected from out-of-control and starving fighting bears by another strange machine.

Bringing them aboard the Leviathan, the crew discover the survivors have been protected by the work of one Nikola Tesla, a scientist and inventor who may have the weapon that can bring an end to the Great War.

As the adventure continues, Deryn, still disguising herself as a boy in order to be a part of Leviathan’s crew, struggles with her feelings for Alek and whether she should reveal the truth about herself to him…

Two gods, two houses, one quest and the eternal war between life and death. To save his kingdom, Anubis, Lord of the Dead, sends forth his servant on a mission of vengeance. At the same time, from The House of Life, Osiris sends forth his son, Horus, on the same mission to destroy utterly & forever The Prince Who Was a Thousand.

But neither of these superhuman warriors is prepared for the strange & harrowing world of mortal life. The Thing That Cries in the Night may well destroy not only their worlds, but all humankind.

Thursday, August 19th, 19:00 Selections from The Book of Dragons 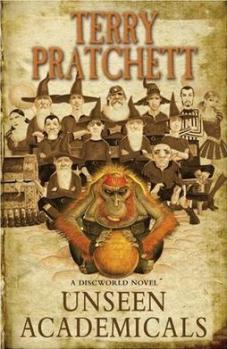 Join Caledonia Skytower as she presents the 37th novel in the Discworld series, and possibly one of its greatest satirical undertakings encompassing football, academia, traditions, the fashion industry, politics, love, fandom, and which mixes in more serious themes of identity, crab mentality and self-worth.