Eyes were on the sky across the world on Monday, August 21st, 2017, either directly or via live stream and television broadcasts, as people watched the 2017 total eclipse of the Sun. Millions of people in the continental United States were particularly well-placed to enjoy the spectacle first-hand as the line of totality tracked diagonally cross the country from Oregon to South Carolina.

NASA reported that some 90 million people viewed their Eclipse 2017 website on the day, with 40 million staying to watch their live stream of the event. Other organisations providing live streams of the eclipse also reported high numbers of hits / views of their coverage.

As one might expect, the event gave rise to some stunning photos and images which have been posted on Pinterest, Flickr, and other photo sharing websites, plus videos and animations. So much so that picking some out to highlight the event is  tough task – I suggest anyone wanting to recapture the event spend time on-line Googling the 2017 eclipse for reports and images. However, there were a couple of images that did leap out to me when looking through reports and photo sites.

The crew of the International Space Station (ISS), Commander Fyodor Yurchikhin and Sergey Ryazanskiy from Roscosmos, Randy Bresnik, Jack Fischer and Peggy Whitson from NASA and Paolo Nespoli from the European Space Agency), witnessed the Moon’s shadow on the Earth three times as the ISS repeatedly crossed the path of the eclipse as the space station orbits the Earth. This resulted in some remarkable images, including the one at the top of this report.

One of the reasons astronomers are interested in total eclipses is that they provide ideal opportunities for studying the Sun’s corona and prominences – of which there were a number to be observed during this event. This is reflected in the second of my choices (above), which shows two prominences at the one and three o’clock positions rising “above” the Moon’s disk, as an airliner passes through the shot as well.

Jeff Seibert posted a video of images he captured of the eclipse from Santee, South Carolina. These offer a time-lapse of the start of the eclipse, views the famous “diamond ring” which immediately precedes / follows the period of totality and totality itself, revealing the Sun’s corona.

Five eclipses will take place in 2018. Two of these are total lunar eclipses and three are partial solar eclipses:

The next two total solar eclipses will occur on July 2nd, 2019 and December 14th, 2020. he line of totality for both runs across South America.

I’ve written several times over the last year about the mystery of Tabby’s Star – more formally known KIC 8462852, an F-type main-sequence star located in the constellation Cygnus approximately 1,480 light years from Earth. It’s been of particular interest to astronomers because it experiences massive and irregular dips in brightness of up to 22% at a time, which last for several days before it reverts to its “normal” brightness once more.

Numerous theories have been put forward on why the star is acting so oddly, from the idea that a race of aliens are building a mega-structure – perhaps a Dyson Sphere around it, through to it being a cloud of comets orbiting the star at a great distance, or that it is some kind of “avalanche” type of activity within the star itself.

In April / May, 2017, KIC 8462852 started on a further cycle of dimming, leading to a world-wide bulletin for astronomers to observe it. This resulted in a further theory that the cause of the dimming might be a combination of two clouds of asteroids and a giant ringed planet orbiting the star.

This last theory relied on the asteroids occupying the trojan positions either side of the planet as all three orbit the star, making it a complex model. However, another team of researchers from the University of Antioquia in Colombia have now also suggested a ringed planet might be responsible, but in a way which doesn’t require the existence of massive asteroid clouds sharing in the planet’s orbit.

The researchers used data from past dimming events at KIC 8462852 to build a model of the system which shows that a Jupiter / Saturn sized gas giant, orbiting the star at a distance of about 0.1 AU and with an extended Saturn-style system of rings tipped at an angle relative to the planet’s orbital plane around the star could account for KIC 8462852’s apparent fluctuations in brightness.

At such a distance from the parent star, an inclined ring system would not remain relatively constant if form and position, as is the case with Saturn’s rings. Instead, it would undergo short-term changes in shape and orientation as a result of KIC 8462852’s gravitational influence. The researcher’s model shows that these changes would likely lead to changes of the depth of opacity in the ring system, further contributing to the witnessed irregularities in the star’s apparent brightness. As the rings and planet periodically transit between the star and observers on Earth.

A further compelling aspect of this research is that the oscillations in the proposed ring system of any planet orbiting Tabby’s Star could also explain the strangeness witnessed in the  light-curves found in a number of other stars believed to have planets orbiting them. In other words, it is entirely possible astronomers have already observed similar planetary ring systems elsewhere in the galaxy, but simply haven’t been recognised as such.

Like the other theories for KIC 8462852’s behaviour, this latest idea is not definitive; further, better studies of the star – potentially by the James Webb Space Telescope – are required before anything might be known with certainty. However, of all the proposals put forward thus far for the star’s odd behaviour when observed from our solar system, this one does have the virtue of being perhaps the simplest and the first to offer incidental corroboration through the behaviour seen when some other stars believed to have planets orbiting them.

END_OF_DOCUMENT_TOKEN_TO_BE_REPLACED

It’s time to kick-off another week of storytelling in Voice by the staff and volunteers at the Seanchai Library. As always, all times SLT, and events are held at the Library’s home at Holly Kai Park, unless otherwise indicated. 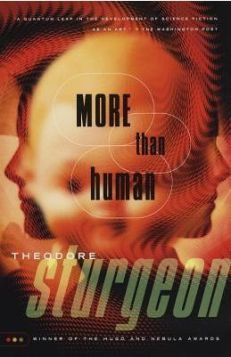 Gyro Muggins reads Theodore Sturgeon’s genre-bending 1953 novel which brings together three of her earlier works   to weave a story about people with extraordinary abilities which can be combined – “bleshed” (itself a blending of “blend” and “mesh”) to make them even more extraordinary.

Take, for example, Lone, the simpleton who can hear other people’s thoughts and make a man blow his brains out just by looking at him; or Janie, who moves things without touching them. Then there are the teleporting twins, who can travel ten feet or ten miles, and Baby, who invented an anti-gravity engine while still in the cradle, and Gerry, who has everything it takes to run the world except for a conscience.

Six people struggling to find who they are and whether they are meant to help humanity, destroy it, or represent the next step in evolution, the final chapter in the history of the human race. Through them, Theodore Sturgeon explores questions of power and morality, individuality and belonging, with suspense, pathos, and a lyricism rarely seen in science fiction. 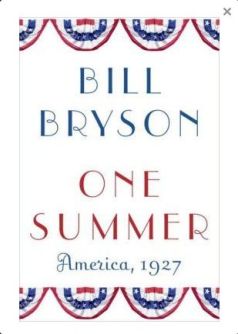 The summer of 1927 was, for the United States, a signature period of the 20th Century. On May 21st, Charles Lindbergh became the first man to make a non-stop crossing of the Atlantic in an aeroplane when The Spirit of St Louis arrived at Le Bourget airfield, near Paris.

Through that summer, Babe Ruth was setting his record for the number of home runs in baseball, while one of the most infamous murder trials in New York’s history took place: that of  Ruth Snyder and her married lover, Henry Judd Gray. They stood accused – and were eventually found guilty of – garrotting of Snyder’s husband in what was a tabloid sensation case.

Meanwhile, in the south the Mississippi burst its banks, leading to widespread flooding and a huge human disaster. Far to the north, Al Capone continued his reign of criminal terror in Chicago, while on the west coast, history was being made with the filming of the world’s first “talking picture” in the form of Al Jolson’s The Jazz Singer, released in October 1927.

All of this  and more is charted by Bill Bryson, in a book written with his characteristic eye for telling detail, and delicious humour. 1927 was the year America stepped out onto the world stage as the main event, and One Summer transforms it all into narrative non-fiction of the highest order. Join Kayden Oconnell for a trip through history as seen by Bryson.

Thursday, August 31st: The Last of the Mohicans

The wild rush of action in this classic frontier adventure story has made The Last of the Mohicans the most popular of James Fenimore Cooper’s Leatherstocking Tales.

Deep in the forests of upper New York State, the brave woodsman Hawkeye (Natty Bumppo) and his loyal Mohican friends Chingachgook and Uncas become embroiled in the bloody battles of the French and Indian War.

The abduction of the beautiful Munro sisters by hostile savages, the treachery of the renegade brave Magua, the ambush of innocent settlers, and the thrilling events that lead to the final tragic confrontation between rival war parties create an unforgettable, spine-tingling picture of life on the frontier. And as the idyllic wilderness gives way to the forces of civilization, the novel presents a moving portrayal of a vanishing race and the end of its way of life in the great American forests.

Opening on Sunday, August 27th and running through until Sunday, September 3rd is the last of the Kultivate event exhibitions for 2017.

The Black and White Exhibition features over 40 artists are showcasing some of their best black and white imagery! The event will also feature live performers and a special hunt, plus a Black and White masquerade event.

Note that the SLurl to the event will only be available when the exhibition opens at 04:00 SLT on Sunday, August 27th, 2017.