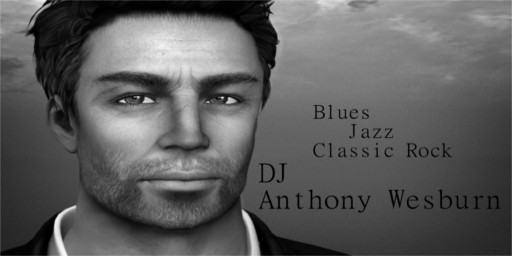 Wednesdays mean Music with Anthony at our very own Caitinara Bar, Holly Kai Park: two hours of some of the best music in Second Life, provided by our resident mid-week DJ, Anthony Wesburn.

On Wednesday, February 10th, between the usual times of 16:00-18:00 SLT, Anthony will be playing  a mix of songs to dance to, which this week will feature the songs of Super Bowl Half time performers.

So why not join us for numbers from the likes of Michael Jackson, Janet Jackson, Justin Timberlake, the Rolling Stones, the Black Eyed Peas, Madonna, Beyoncé, Bruno Mars, No Doubt, Diana Ross, James Brown, Sting and Gwen Stefani, and more!

We have a fabulous time at the inaugural event at the start of February, so why not join us for more great music, dancing and conversation?

The City is a sprawling 4-region build designed by Betty Tureaud at the LEA. It is a place which at first might seem a little baffling to the casual visitor and those familiar with Betty’s work, which is generally hallmarked by the use of bright, usually shifting, colours and interactive elements.

Here, however, one arrives on a vast desert plain, vast and flat, with only a poem by Betty, delivered via note card, and a whispered instruction to follow the footprints for guidance. Do as the latter instructs, and you’ll come (by way of a skeleton, which has a story of its own to tell when touched) to a DC3 belonging to Adventure Airlines. This will, by the magic of teleporting, carry you away from the desert and to the edge of a city, rising like Las Vegas from a flat plain, albeit this one  covered by the first signs of Betty’s familiar vivid colours.

The City sits at the centre of the four regions, surrounded by the multi hued flat plain. To see this at its best, you will at least need to run your viewer with Advanced Lighting Model (ALM – Preferences > Graphics) enabled. This shouldn’t place too much of a performance load on older / less powerful systems, and it is necessary to have on in order to appreciate The City fully, with colours washing over the tall buildings and across the airships flying overhead.

Some of the buildings in The City may have various degrees of familiarity about them. The western edge is dominated by the instantly recognisable form of  La Grande Arche de la Fraternité, located in the La Défense business district of Paris. Amidst the taller buildings one can also find New York’s Empire State Building, Toronto’s CNN Tower, Malmö’s Turning (or Twisting) Tower, Tapei 101, the tallest environmentally green building in the world and London’s Swiss Re building (often referred to as “the Gherkin” due to its distinctive shape), whilst the Guggenheim Museum, Copenhagen’s Opera House and more and be found as one wanders the streets (do beware of the trains!).

The building can all be touched, offering links to their respective Wikipedia pages in return. The CNN Tower also provides an elevator ride to it top. Other interactive elements can also be found as one tours – a football can be kicked around a stadium, seats in the parks can be sat on, and  pink boxes scattered around the edge of The City offer a neat helicar designed by Betty which can be piloted and carry up to two people. As you travel back and forth between the regions straddled by the build, so to does the time of day change, allowing you to see it under different lighting conditions.

The City is very much an interactive installation, touching and clicking and having local sounds fully enabled is very much required when exploring. It offers an interesting way of discovering more about modern architecture and some of the world’s most famous buildings.

Lumberyard is the name of Amazon’s new game engine, released on Tuesday, February 9th. Based on Crytek’s CryEngine, which Amazon licensed in 2015, Lumberyard will apparently be developed in its own direction, independently of CryEngine and is being provided as a free-to-download tool (with optional asset packs) which can be used to develop games for PCs and consoles on a “no seat fees, subscription fees, or requirements to share revenue” basis.

Instead, Amazon will monetise Lumberyard through the use of AWS cloud computing. If you use the game engine for your own game and opt to run it on your own server, then that’s it: no fees. But if you want to distribute through a third-party provider, you can only use Amazon’s services, via either GameLift, a managed service for deploying, operating, and scaling server-based on-line games using AWS at a cost of $1.50 per 1,000 daily active users.Or, if you prefer you can use AWS directly, at normal AWS service rates.

As well as AWS integration and the development of new low-latency networking code to support it, and native C++ access to its service, Lumberyard has deep, built-in support for Twitch (purchased by Amazon in 2014 for $970 million), including “Twitch play”-style chat commands and a function called JoinIn, which allows viewers to leap directly into on-line games alongside Twitch broadcasters as they stream. The aim here, according to Mike Frazzini, vice president of Amazon Games, when talking to Gamasutra, is “creating experiences that embrace the notion of a player, broadcaster, and viewer all joining together.”

Described as a triple-A games development engine, Lumberyard has already seen many of the CryEngine systems upgraded or replaced, including the implementation of an entirely new asset pipeline and processor and low-latency networking code – hence why Lumberyard will diverge from CryEngine’s core development.  And Amazon is promising more to come, including a new component system and particle editor and  CloudCanvas, which will allow developers to set up server-based in-game events in AWS using visual scripting.

All of which adds-up to a very powerful games development environment – although Amazon are clear that right now, it is only in beta. This means that things are liable to undergo tweaking, etc., and that some capabilities – such as Oculus Rift support – haven’t been enabled for the current version of the engine.However, VR support is there, with Amazon noting:

We have been actively working on VR within Lumberyard for some time now, and it looks great. We are currently upgrading our Oculus VR support to Rift SDK 1.0, which was released by Oculus in late December. We wanted to finish upgrading to Rift SDK 1.0 before releasing the first public version of VR support within Lumberyard, which will be included in a future release soon.

There are – for some – a few initial downsides to Lumberyard where independent game developers are concerned. At launch, the engine only supports models created in Maya and 3D Max, although this may change – Blender support is promised for the future, for example.  There is also no support for Mac or Linux, although Amazon have indicated that these will be come, along with iOS and Android support.

Use of the engine includes the right to redistribute it and pieces of the development environment within games, and allows game developers to any companion products developed for a game using Lumberyard with allow end users to modify and create derivative works of that game.

As noted above, the company has already started supplying asset packs developers can include in their games, Three packs are available at launch, including the CryEngine GameSDK,  which contains everything required for a first-person shooter game, including complex animated characters, vehicles and game AI, and which includes a sample level.

Amazon clearly have major plans for Lumberyard, and some in the gaming media are already wondering what it might do to the current development environment, which is largely dominated by the likes of  Unity, Unreal Engine, or even CryEngine itself, but which all require either a license fee or a royalty fee.

Is Lumberyard competition for the Lab’s Project Sansar? The engine certainly has the ability to create immersive environments, and Lumberyard will support VR HMDs as it moves forward, as noted.

However, everything about Lumberyard points to it being pitched as a professional games development environment with a dedicated distribution service through Amazon’s cloud services available for use with it. Hence, again, why Twitch is deeply integrated into Lumberyard – Amazon appear to be a lot more interested in building an entire gaming ecosystem. Amazon’s marketing is also geared towards gaming, as their promotional video (below) shows.

Which is not to say that it couldn’t be attractive to markets outside of gaming. As such, it will be interesting to see over time just who does take an interest in it – and how Amazon might support them.

With thanks to John for the pointer to Amazon.