In 2012, Loki Eliot created The Well, a horror themed mystery adventure about attempts to rescue a little boy who had fallen down an old well and into the labyrinth of tunnels and caverns which lay beneath it. In 2013, he followed this with The Well: Sollicitus. Set a year later, it set players the challenge of discovering what had happened to a science team that vanished while exploring the labyrinth.

Now, in 2015, comes the third instalment of this unfolding story: The Well Infirmos. Set some time after the events of 2013, it places the player in a mental hospital. how they got there, they have no idea – but perhaps it was a result of their experiences beneath the well. But there is something strange out this hospital: the staff and other patients have vanished, and while the wisest move would be to simply get out of there, the only way to do so is by investigating what has happened; something which means an eventual return to the well and its caverns.

The Well is an Experience based game, requiring the payment of a one-time fee of L$100 to the vendor at the landing point, which registers you to play the game as often as you like. Once paid, press the Start button on the vendor to receive the game HUD, which will auto attach to the bottom of your screen, and will self-destruct on leaving the game area. Should you return another time to play again, simply click the Start button on the vendor to receive a new HUD.

Once you have the HUD attached, approach the Well to view a brief introduction to the game before you arrive in the day care room of the hospital. Here you must explore the various rooms and offices – door will open as you reach them, and your camera will auto-focus on items of interest. You will need local sounds enabled, and make sure you have the volume turned up.

I don’t want to give too much away, other than to say the child’s drawing you find around the hospital are of import. However, you’ll know you’re on the right track when you emerge from the Security Office after seeing / hearing everything you need, to find the hospital strangely altered and the day care room is now dominated by a huge hole which offers you the only way forward.

And so you return to the tunnels beneath the well, and you must find your way through them using the teleporters, which may either carry you forward or backwards, and avoid the child-like Shadows. A direct encounter with this will affect your sanity, as shown on your HUD, and if this drops to zero, you will be returned to the landing point and have to start over. You’ll also be returned to the mouth of the well when you have successfully reached the end of the game – and receive a little prize as a memento.

Those who have played previous iterations of The Well will find this latest version familiar – which doesn’t make it any the less interesting. The major change is to the start of the game when your are in the hospital, but “down below” in the caverns has also been given a few new wrinkles. If I’m honest, moving around some of the hospital rooms can leave your camera on the wrong side of a wall and it can also be a little tricky getting close enough to some of the drawing to auto-focus on them, but not to the extent that the game is spoiled.

Overall, The Well: Infirmos is an engrossing third instalment to the story, which I enjoyed as a returning player, and Jodi and Andi, who took to the caverns as first timers, reported they had a great time  playing. And if you have an Oculus Rift, make sure you use it when playing – The Well is fully suited to complete VR immersion.

It’s time to kick-off another week of fabulous story-telling in voice, brought to our virtual lives by the staff and volunteers at the Seanchai Library. As always, all times SLT, and events are held at the Library’s Second Life home at Bradley University, unless otherwise indicated.

It was the fourth of February in the year 1875. It had been a severe winter, and the snow lay deep in the gorges of the Gilmerton Mountains. The steam ploughs had, however, kept the railroad open, and the evening train which connects the long line of coal-mining and iron-working settlements was slowly groaning its way up the steep gradients which lead from Stagville on the plain to Vermissa, the central township which lies at the head of Vermissa Valley. From this point the track sweeps downward to Bartons Crossing, Helmdale, and the purely agricultural county of Merton. It was a single-track railroad; but at every siding—and they were numerous—long lines of trucks piled with coal and iron ore told of the hidden wealth which had brought a rude population and a bustling life to this most desolate corner of the United States of America.

For desolate it was! Little could the first pioneer who had traversed it have ever imagined that the fairest prairies and the most lush water pastures were valueless compared to this gloomy land of black crag and tangled forest. Above the dark and often scarcely penetrable woods upon their flanks, the high, bare crowns of the mountains, white snow, and jagged rock towered upon each flank, leaving a long, winding, tortuous valley in the centre. Up this the little train was slowly crawling.

The oil lamps had just been lit in the leading passenger car, a long, bare carriage in which some twenty or thirty people were seated. The greater number of these were workmen returning from their day’s toil in the lower part of the valley. At least a dozen, by their grimed faces and the safety lanterns which they carried, proclaimed themselves miners. These sat smoking in a group and conversed in low voices, glancing occasionally at two men on the opposite side of the car, whose uniforms and badges showed them to be policemen.

Several women of the labouring class and one or two travellers who might have been small local storekeepers made up the rest of the company, with the exception of one young man in a corner by himself. It is with this man that we are concerned. Take a good look at him, for he is worth it.

Thus opens the second part of The Valley of Fear, and with it we are transported to the United States in the year 1875, and introduced to a man by the name of Jack McMurdo. But where, in all of this, might sit the hand of Moriarty?

Join Caledonia Skytower, Kayden Oconnell and John Morland as they continue to read the fourth and final Sherlock Holmes novel.

What would happen if, by setting up a screen in one place and another somewhere else – the same planet, another planet in the same star system or even halfway across the galaxy – you could step into one and instantly step out of the other? What happens if one of the screens is one-way, and once you’ve passed through, your cannot return?

What are the social and political ramifications of such a system, for individuals and humanity as a whole when the entire galaxy is potential one step away from Earth?

Join Gyro Muggins as he explores the ramifications of instant teleportation through One Step from Earth, a collection of short stories on the theme by Harry Harrison.

Serafina lives a life of total secrecy. While her father may be the maintenance man for the great house of the Biltmore Estate, the wealthy owners of the estate have no idea that he lives in the basement of the house – and much less that his daughter lives there with him.

Not that this is a problem for Serafina; she is quite at home exploring the great house and its grounds whilst avoiding being seen. There’s certainly no need for her to venture into the great forest beyond the estate, and with which, he father has said, lie many dangers.

But when the children on the estate start vanishing, Serafina is forced to join forces with the young nephew of the Biltmore’s owners, and discover the identity of the one they believe to be behind the disappearances: the Man in the Black Cloak. But in order to do so, Serafina must enter the forest her father has warned her against; and within that forest lies a deeper secret Serafina must confront – that of her own identity.

Join Faerie Maven-Pralou as she reads The Wonderful Story of Henry Sugar and more. 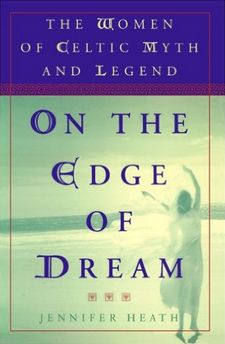 From the sea goddess Fand to Cerridwen, who can change her shape at will, to the avenging warrior queen Criedne, the women of Celtic literature are here celebrated for their ingenuity, spirit, physical courage, and deep instinctual natures.

Join Caledonia and Shandon at Seanchai Kitely’s space world as they inform you, “these are the stories you’ve been looking for,” while opening a volume penned by the grand master Jedi himself, George Lucas.

The featured charity for October – December is Reach Out and Read, one of the most highly rated literacy charities in the USA which reaches 4.4 million children annually and distributes 1.6 million books.