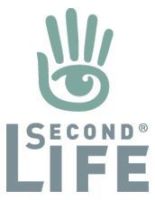 Linden Lab has launched a photo call in the run-up to the Halloween season in October, and it is one with a slight twist. rather than offering cash prizes, selected entries could be used to help promote Second Life Halloween activities, etc. to residents via e-mails and banner ad campaigns, and perhaps even social media.

Do you like to dress your avatar up in costumes – travel the haunted spots all over Second Life, and generally run amok during this time of year? Why not show off your fun with images?

Share your pic on our Official Flickr Page with the tag “SLHalloween2015” so that we can see all of your amazing works. You may submit as many as you like between now and September 28th, 2015.

We’ll showcase the chosen image(s) in an email to Residents, as well as in some banner campaigns. We’ll let the chosen image creators know via Flickr and ask for an avatar name for the credits.

There are obviously some basic requirements for entries to be considered – they should be appropriate for audiences of all age ranges; they should be taken in-world and free from additional text and logos, for example. The Lab also suggests taking a picture that tells a story might help make an impression.

This isn’t a contest per se, and shouldn’t be taken as such. It is, however, an opportunity for users to get into the Halloween spirit and perhaps have their avatars immortalised n a Second Life campaign.  Those wishing to take part should, as the announcement notes, simply submit their images with the SLHalloween2015 tag to the official Second Life Flickr group.

Note: this vision of Pandora Box of Dreams has closed.

Lokhe Angel Verlack (Jackson Verlack) has opened the latest in his Dreams series at Pandora Box of Dreams. I’ve been following the progression of his builds since I came across the second iteration back in April 2015 (although I admit missing the opportunity to blog the iteration immediately prior to this one after my visit).

For this, the fifth Dreams iteration, Lokhe has opted to again reflect the season, and is given us a distinctly autumnal environment in which to wander, sit, contemplate, and dream. And it is an absolute delight.

Subtitled Dreams of Secrets, it offers visitors the familiar starting point, up in a skybox which gives a small flavour of what is to come as you sand in a small walled garden, the leaves of the birch tress a rich gold, and a footpath leading to a door in the wall. Touch this, and you’ll be transported the to ground.

Now the first thing to note here is do please have local sounds enabled; the sound scape is as rich as the landscape, and offers additional depth when exploring. Also, have a play with the windlights;  I used [NB] – Misty Day – 5pm for the images here, but the region really does lend itself to a wide range of options  and times of day.

The grassy path continues from the door, and following it, you’ll wind through more laced with the colours of autumn, and come to a flight of stone steps leading downwards to a dirt track which you can follow – or you can branch off, climb more steps and just wander under the trees and through the long grass.

Whichever route you take, you’ll find much to please the eye: leafy groves, coastal views, the odd building or two, quiet streams and brooks crossed by little wooden bridges, and plenty of places to simply sit and ponder or spend time with a companion.

This is another fabulous build in a series that has proven to be eye-catching and immersive with each iteration, and quite possibly the one I’ve enjoyed the most so far. Highly recommended.