The following notes were taken from the Tuesday, July 26th, 2022 Simulator User Group (SUG) meeting. They form a summary of the items discussed and is not intended to be a full transcript. A video of the entire meeting is embedded at the end of the article for those wishing to review the meeting in full – my thanks to Pantera for recording it.

No deployment plan notes were available on the forums at this time of writing this update.

The hardware configuration changes being introduced are intended to improve the deploy strategy and automate some operational tasks going forward; there’s no changes that might impact runtime performance.

This means that the anticipated new scripting items (llSetEnvironment and llReplaceEnvironment and a new flag STATUS_DIE_AT_NO_ENTRY will now not be deployed until week #31.

Those wishing to test these functions can one so on the regions Jigglypuff, Flareon and Mauve on Aditi).

No official viewer updates at the start of the week, leaving the current crop as:

As per usual, this article is a not a full blow-by-blow breakdown of absolutely everything in this release, but it does include notes on some of the more significant updates and fixes people are liable to find useful, and some general notes.

For a complete breakdown of changes, please see the official release notes for Firestorm 6.5.6.

This release brings Firestorm up to parity with the following Linden Lab viewer releases:

In addition, Firestorm 6.5.6 includes support for the release of Premium Plus (increased Group allowance, etc).

Firestorm 6.5.6 incorporates Linden Lab’s viewer-side Multi-Factor Authentication (MFA) code. This provides additional security to your Second Life account both through the web (e.g. trying to view your billing info or transaction history, trying to cash out (“process credit”) money out of your account, trying to change the e-mail address associated with your account, etc.), and in accessing your account using the viewer. It is entirely optional, and you do not need to use it if you don’t want to – although usage is recommended.

You can find out more on MFA in general by following the links below:

If you have not opted to use MFA, or if you later opt to disable MFA on your account, you will not be prompted to provide any authentication code.

A minor, but nevertheless issue with Phototools since the introduction of the Environmental Enhancement Project (EEP) capabilities into Firestorm has been the fact that the Shared Environment button (Phototools → Env) has never been properly hooked-up to the EEP controls.

It’s a niggle I pointed to at the time that Firestorm released with EEP incorporated but – and shame on me for not doing so – I never got around to raising a bug report on it.

Fortunately, Spartaco Zemenis did Jira it (see FIRE-31688), with the result that the button has now been properly hooked-in to EEP and clicking it (as with clicking the X button alongside of Personal Lighting) will now revert your viewer’s environment settings to those set for the region / parcel you are current in.

Other Updates and Fixes

In the past, the Firestorm team has tried to maintain a two-month QA cycle: starting a month after a release, QA on the nest would start with beta testing. This would be followed in the 6th week of the beta cycle by the issuing of a “Release Candidate” for additional testing the the Firestorm Preview Group. Due to the numbers involved in the Preview Group, issues would be found very late in the QA cycle, leading to delays in the release being made.

To try to prevent this in the future, Firestorm is moving to a process of pre-release building being issued to the Preview Group on a weekly basis, monitored by the QA team, working with the Preview Group users in determining what is a bug that should be reported vs what may be an artefact of something unrelated, like a user setting, that can be corrected without the need for exhaustive bug reporting and testing. This will hopefully result in a more frequent release process. 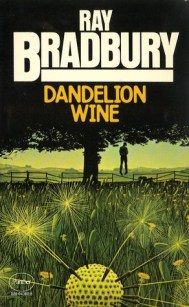 The inventor who almost took the pleasure out of life by building a Happiness Machine; the young reporter who fell in love with an alluring lady of ninety; the old gentleman whose last act was listening to the clang of a green trolley car going round a corner, two thousand miles away.

“The summer of ’28 was a vintage season for a growing boy. A summer of green apple trees, mowed lawns, and new sneakers. Of half-burnt firecrackers, of gathering dandelions, of Grandma’s belly-busting dinner. It was a summer of sorrows and marvels and gold-fuzzed bees. A magical, timeless summer in the life of a twelve-year-old boy named Douglas Spaulding—remembered forever by the incomparable Ray Bradbury.”