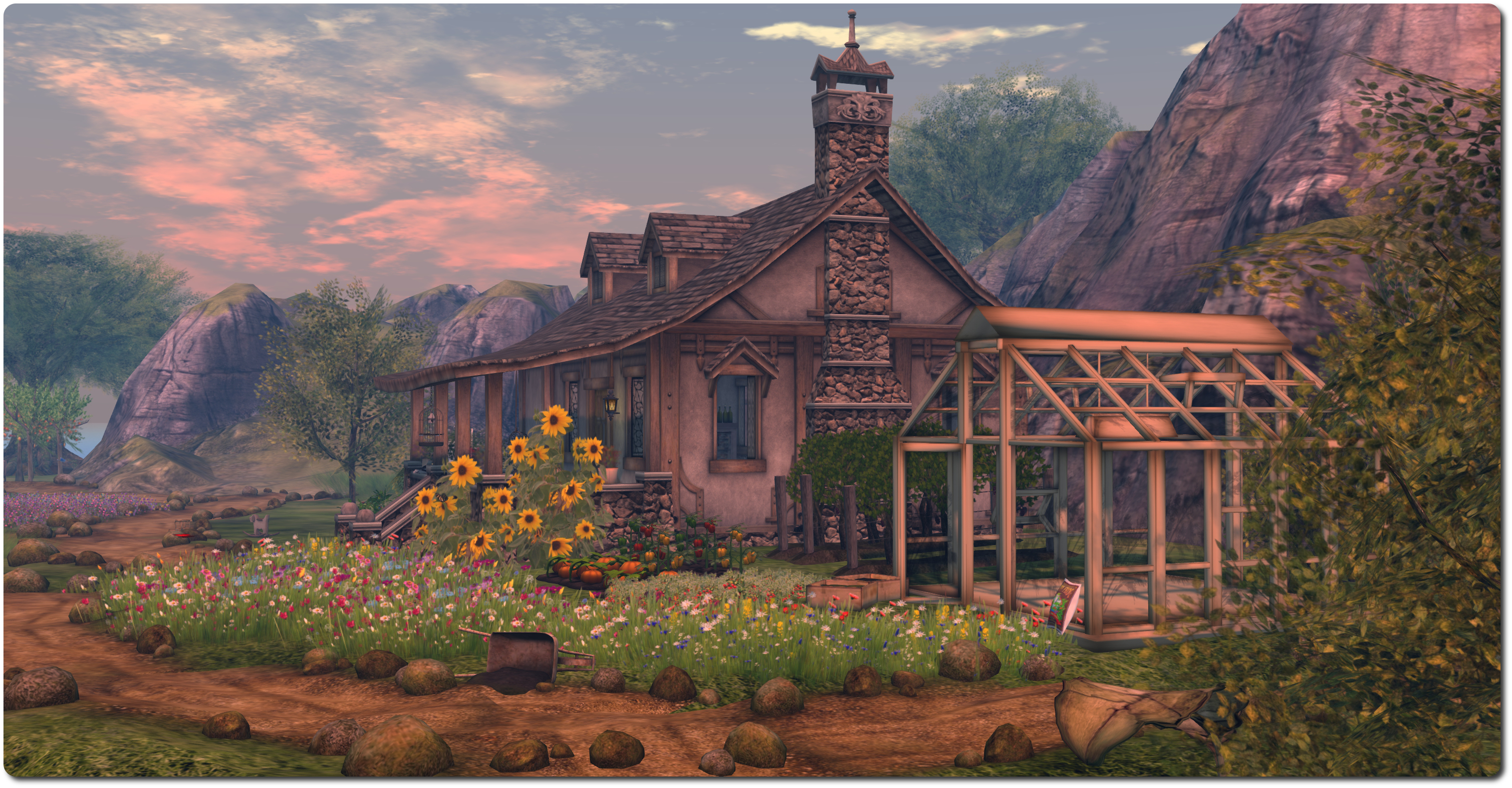 My first visit to Dawn of Radiance, Silvermoon Fairey’s marvellous homestead region, was back in November 2013. Back then, the region was in the grip of winter. Roll forward eight months, and the region is not only basking in summer colours, it has once again been beautifully remodelled, and from the high rocky buffs to the riverside grasslands, it  offers a veritable smörgåsbord of visual delights for those who visit.

A rocky cove in the south-east corner of the region forms the arrival point, a narrow shingle beach between waves and cliffs; with a tall brick lighthouse casting its eye out to sea nearby as a fishing boat rides the breakers a short distance offshore. The little beach offers places to sit, but walk along it and you’ll come to a slope leading you up between the cliffs where eagles have nested, and on to a grassy meadow, which in one direction leads you down to a farm where horses graze. 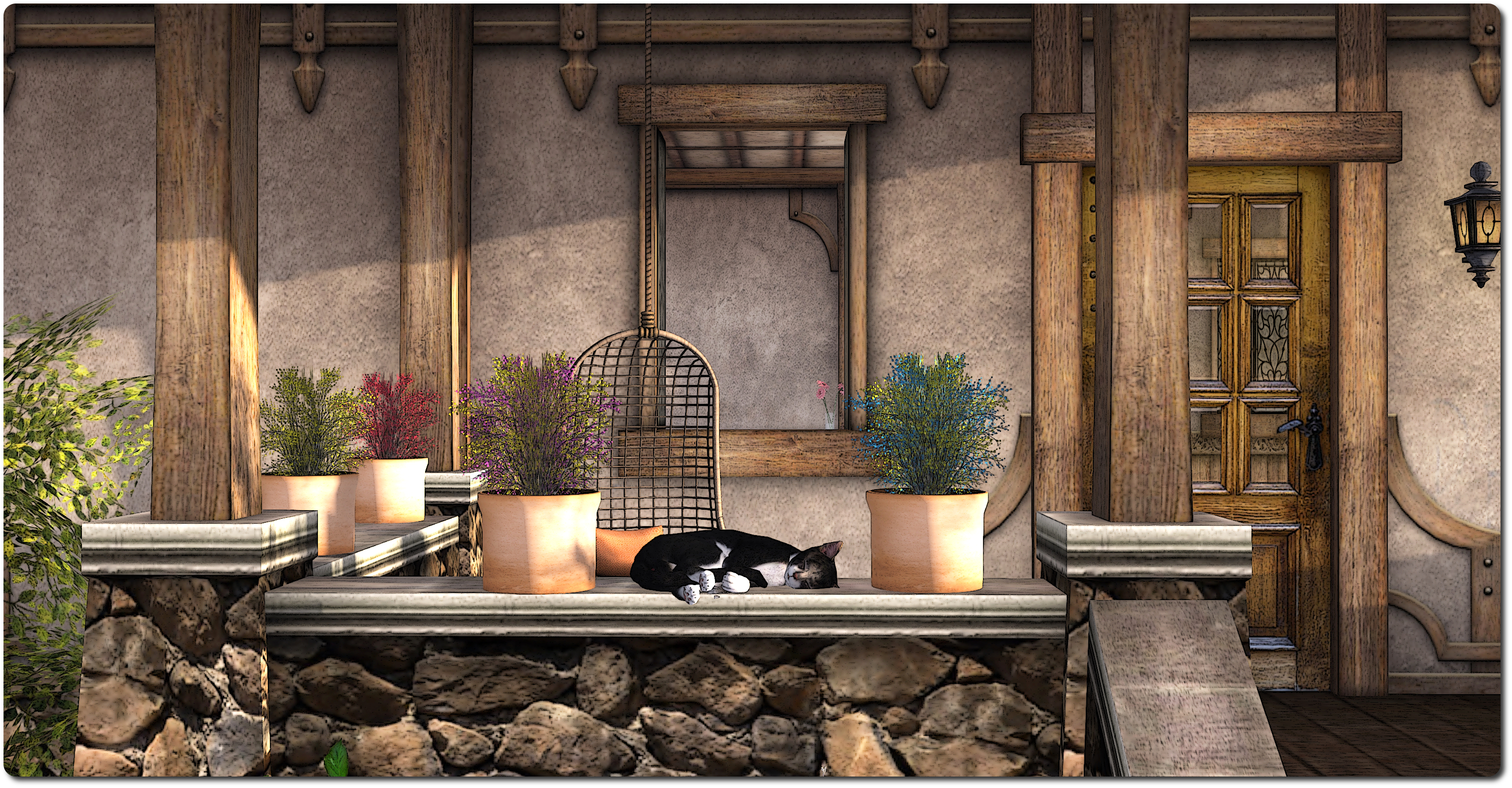 If you go in the other direction from the first meadow, you can make your way up to a rocky plateau dominated by the angular form of a church amidst the ruins of what might be an old castle. A switch back path hugs the cliffs here, the single link between ruins and another sheltered beach below. 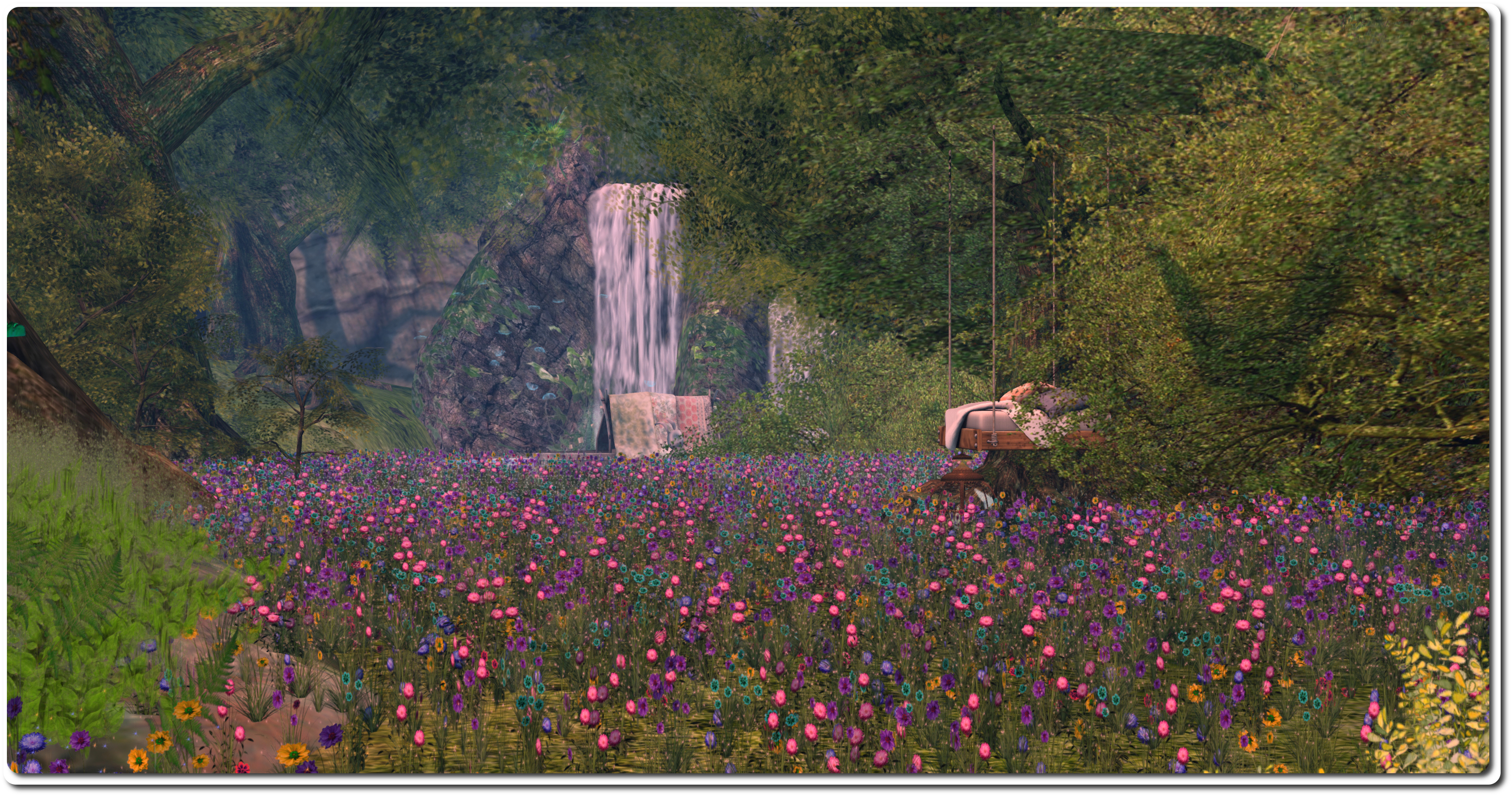 The latter route may take you through a rain shower and some undergrowth, but trust me when I say it’s very much worth taking, whether you turn right and cross the river over the little wooden bridge, or continue onwards, further in the heart of the island; both routes will lead you to places of whimsy and fantasy. Keep an eye out, as well, for another route up to the church and ruins …

Nor is that all; the north side of the island hides another beach, while up on the hills and down between their shoulders lie places to sit, either alone or with a close friend, and simply watch the world go by – or forget about it completely. 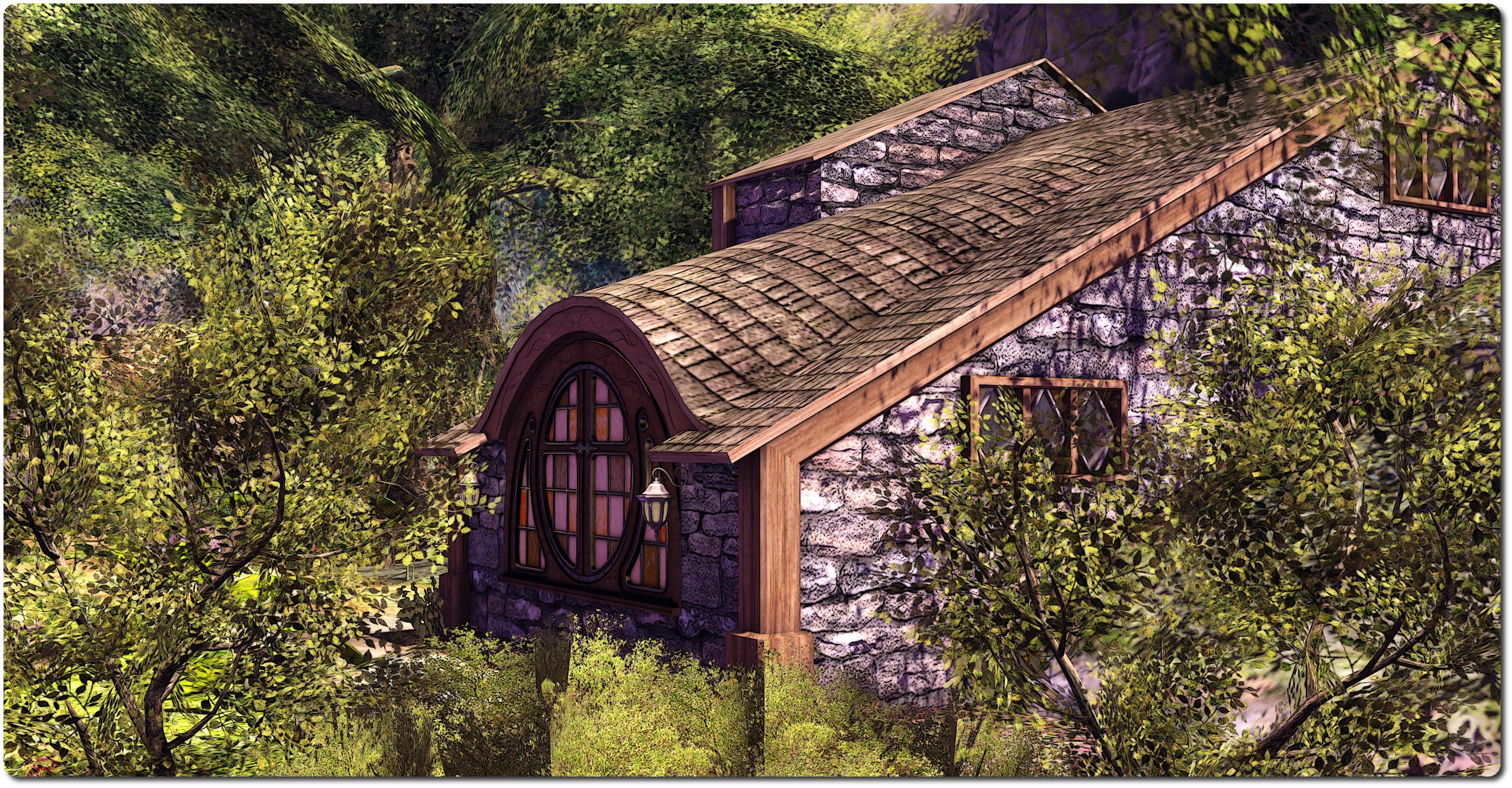 Such is the design of the region that exploring it feels like you’re on an island that is bigger than an individual region, and providing you don’t set-out to discover everything all at once, it presents a series of delights; just when you think that you’ve seen it all, you turn a corner or pass around a bush and trees, only to find something new and quite unexpected. Hence why I’ve not described some aspects of the island here (although admittedly, one photo is perhaps a bit of a giveaway to what you might come across!); I don’t want to spoil the pleasure of discovery too much.

There is a marvellous blending of elements here as well, which encourages you to feel as if you’re walking through a more expansive landscape; the use of elevation not only physically sets apart the farm from the church with its surrounding ruins; it gives an added sense of distance to your explorations as you find your way up to the heights, climbing above the tree-line and grasslands and into the rocky preserve of an ancient site. 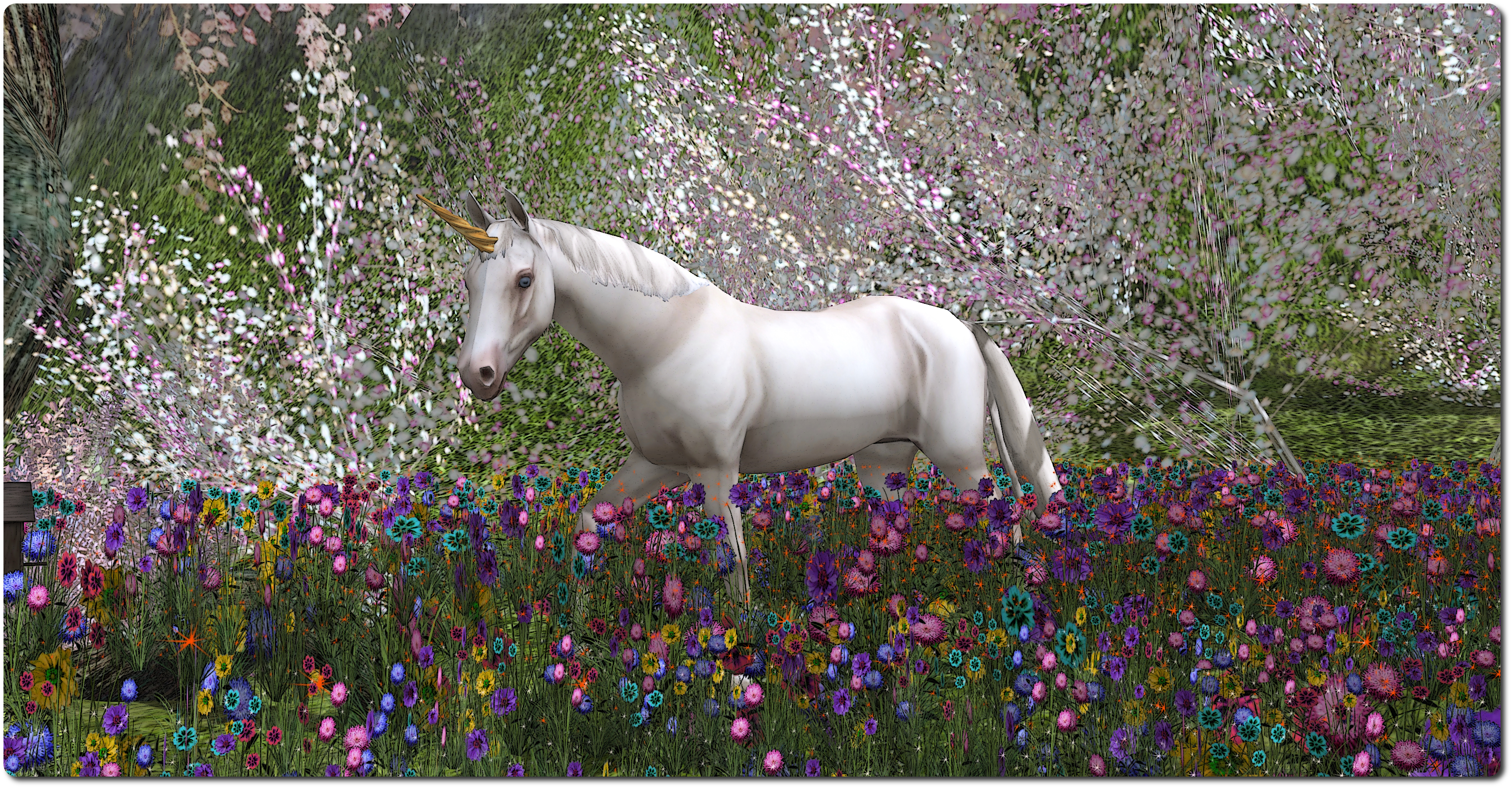 The same can be said of the use of hills and woodland to enfold the heart of the island and separate it from farm and ruins; following path or river into the interior not only again heightens a sense of exploration and discovery, it encourages a feeling of stepping into another, hidden realm  – the digital equivalent of stepping through the wardrobe.

With its regional windlight set to the first light of dawn, much in keeping with the region’s name, it almost goes without saying that Dawn of Radiance is a photographer’s delight, and lends itself to a wide range of windlights and sky settings. If you do pop over to take photos, I believe I’m right in saying that joining the group via the board at the landing point will give you rezzing rights for props, and there is a 30-minutes auto-return limit. 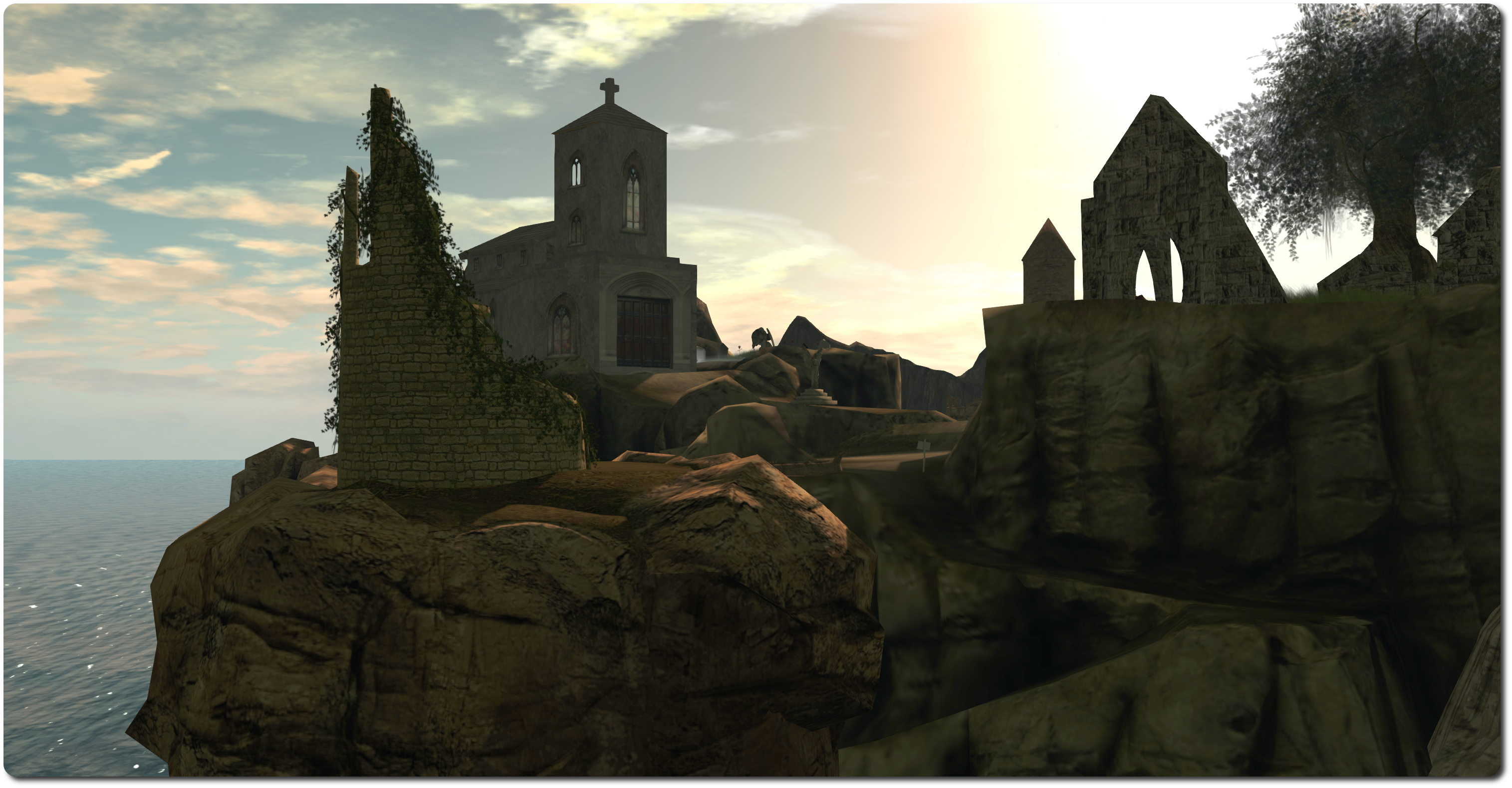 5 thoughts on “Return to a radiant dawn”