Opening on Monday January 6th as a part of the LEA’s Full Sim Art series is Gem Preiz’s A Catherdral Dreamer, exhibiting his most recent fractal art creations and which is effectively one-third of a three-part exhibition. Opening at the same time (14:00 SLT on January 6th) will be an additional in-world exhibit featuring his fractal paintings, which includes those on display at LEA6, at his own gallery, while the third part comprises a version of A Cathedral Dreamer displayed on the Metropolis Opensim Grid.

The Installation comprises five distinct elements. There is a central arrival plaza, which is largely devoid of distinguishing features, symbolic of, Gem tells us, “the choices which each of us inevitably has to make about the various attitudes towards Life, the world and other people.” Surrounding this, and connected to it by individual paths, are four great exhibition halls, which the artist advises people to visit in the specific order of East, West, North and South.

The East hall, reached by a path which is increasingly given over to grass and plants, presents a submarine environment, sunlight falling into it from a dappled surface of waves high overhead. Here the images are strongly evocative of coral scenes, as fish and other creatures of the deep circle and swim. It is a place devoid of human presence; a place, Gem states, which “is the domain of the present and permanency at the same time.  It is also the evocation of the contemplative attitude of Man before Nature.”

To the West, within what might be an old, abandon warehouse, lay works representing humankind’s industrious nature, featuring huge and complex constructions and buildings of immense size and complexity – but all suffering from decay. From the roof hang a series of cages in which are set a number of human figures in evocative poses. Each of these conveys its own pathos, drawing the observer into its world in a quite powerful manner. This is a setting designed to evoke “the human society which takes, in its whirlwind, the individuals who are the actors and the slaves.”

The hall to the North is more hopeful, containing images of a possible future, focused on a grand and ambitious design, a great cathedral, designed to awe and overwhelm in its sheer beauty. However, one only has to examine the onlookers and the forlorn figure of the designer, seated with his back to the wall, head cradled in his hands, to know this great vision will never be achieved; it is simply to overwhelming.

Finally, to the South lies the future; a place of lines and light, which the artist describes as being, “beyond Time, beyond the world and beyond human activity.  A universe of pure concepts which evokes the domain and the activity of the spirit, and which everyone will fill with one’s own faith.” Take your time exploring here; there is more to be seen than might at first seem apparent.

The fractal images on display in the three halls are stunning in their depth and detail, deeply evocative and completely captivating in both their design and their beauty – even those representing decay and loss. The stories present within the halls – particularly the West and North halls – are also very emotive, drawing the visitor into them, encouraging careful observation in camming around if everything is to be captured fully and properly.

Four videos have been produced alongside the exhibition – the full listing is in the note card – and these are also striking in their grandeur and execution, featuring carefully considered music tracks. Pasting the links will play the videos in full-screen HD mode – and they really are worth watching; the marrying of soundtracks to images is simply superb. I’m including one here – make sure you play it full screen and set it to 480p.

A Cathedral Dreamer opens at 14:00 SLT on Monday January 6th, and will remain open until the end of the month. Recommended.

It’s time to kick-off the first full week of fabulous story-telling in Voice for 2014, brought to Second Life by the staff and volunteers at the Seanchai Library SL.

Caledonia Skytower and Shandon Loring return with a Seanchai favourite: Tea-time at Baker Street. This time they are going right back to the roots of the legend, and the case which first introduced the world to Doctor John Watson and the renowned Consulting Detective, Mr. Sherlock Holmes. 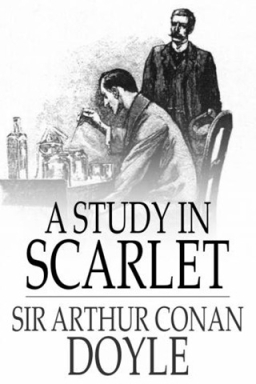 In the story, it is actually several weeks before Watson learns of Holmes’ rather unusual chosen profession. When told, he remains initially dubious until Holmes gives a practical demonstration of his powers of observation and deduction, using a messenger from Scotland Yard as his subject. The messenger has come with a request for Holmes’ assistance; Holmes is at first reluctant to heed the call,  but Watson urges him otherwise. So it is that they set out on their first adventure together, one involving poison, a double murder in London and a bitter tale of love, loss and revenge from America.

A Study In Scarlet was used as the basis for A Study in Pink, the first broadcast episode of the BBC series Sherlock, which re-imagines the stories of Holmes and Watson in modern-day England to great effect and critical acclaim.

Gyro Muggins continues to take listeners on a journey through the solar system, as seen through the words of some great, and perhaps not so well-known, science-fiction stories and authors. This week, the story take us to Saturn, and a tale of pressure of the atmospheric variety.

What would you do if the ship you are aboard can carry you down into the depths of Saturn’s atmosphere – but your only way back up requires you rely on a matter transmitter?

Tuesday January 7th, 19:00: Treasure it the Heart of the Tanglewood

Escaping the wizard’s manipulative grasp, Hannah sets out to find a cure for the knight, an adventure in which she discovers her own identity and the repercussions of some of her actions while under the wizard’s influence and control.

In 1915, a 54-year-old Sherlock Holmes find his retirement to the Sussex Downs, where he is studying the habits of the honey bee, to be interrupted by the unexpected arrival of 15-year-old Mary Russell. American by birth, Ms. Russell had come to England to live with her Aunt following the tragic death of her parents in an automobile accident.

Holmes is impressed by the young lady’s wit and intellect, ne before he knows it, he finds himself teaching her his former tradecraft of solving crimes. Thus was formed a new partnership is formed between the very modern young Miss Russell and the very Victorian Great Detective.

Now Caledonia Skytower returns with more tales from the pen of Laurie R. King, and her series of stories for young adults which focus on the adventure Ms Russell and Mr. Sherlock Holmes shared.

Shandon Loring continues reading Bernard Evslin stories about the legendary Finn McCool  – Fionn mac Cumhaill – the mythical hunter / warrior who appears in folklore spanning Ireland, the Isle of Man and parts of Scotland, as well as sharing some links with Welsh mythology. 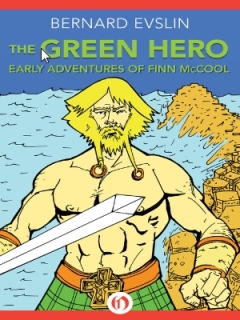 Also known as the “Green Hero”, Finn McCool drew his name “Finn” or “Fionn”, meaning “blond”, “fair”, “white”, or “bright”, from the fact that his hair turned prematurely white. According to legend, he was born of Cumhall – leader of the Fianna (small, semi-independent warrior bands found in both Irish and Scottish mythology) and Muirne, daughter of the druid Tadg mac Nuadat.

Evslin draws upon the famous legend to weave a series of stories about the life of a young Fionn in the times before he became the giant of Irish folklore.