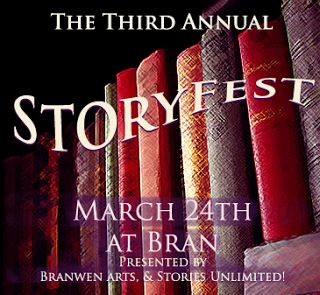 Branwen Arts and Stories Unlimited have announced a call for performers at the Third Annual Storyfest event, to be held on Sunday 24th March, 2013.

The aim of the event is to present a day of stories presented in a variety of live performance forms – traditional telling, readings, theatre, dance, and so on.

The event will be hosted at Here Be Pictsies in Bran, commencing at 10:00 SLT on Sunday 24th March, and running through until 17:00 that day.

Anyone who is currently presenting stories in Second Life in any manner of live performance (i.e. not pre-recorded readings / performances), are welcome – and encouraged – to apply. Performances should be timed to fit a 30 or 60 minute slot, although there are limited slots for more elaborate presentations. Multiple performers can share a single slot, so long as the organisers are aware of how many and who as a part of the application. Note that not stream will be available for individual performers.

The organisers are also seeking volunteer hosts to help organise and run the day’s events.

Those wishing to participate as either a performer or volunteer host should contact either Caledonia Skytower or Dubhna Rhiadra via notecard, giving their SL name and role (performer / host) they are interested. Those wishing to help with hosting should provide times at which they can be available on the day. Performers should also provide the following:

All submissions should be received no later than midnight SLT on Monday 4th March, 2013. successful applicants will receive confirmation by Thursday 14th March, and a schedule for the event will be published at that time.

Once again, the Seanchai Library will be presenting a round of stories and readings in Voice this coming week, with the continuation of a number of stories and also delving into the origins of the fairy tale. Forget the Brothers Grimm – discover the world of the French salon!

Hall Pycroft, recently made redundant from a stock broking firm, consults Holmes and Watson over worries about his work situation. Not that he is particularly worried about being out-of-work – he isn’t. Quite the reverse in fact; he’s troubled because he seems to have had perhaps one too many offers of employment.

Having departed his former employers, Pycroft managed to secure a position with the prestigious stockbrokers of Mason and Williams, based in Lombard Street in the City of London. So far, so good.

However, he was also approached, entirely out of the blue, by one Arthur Pinner, who, with his brother, Harry, has apparently established a new hardware distribution business. The oddly-similar Pinners, the one in London, the other in Birmingham, persuade Pycroft to accept the mangership of the new business  – complete with a £100 advance  – but oddly, asked not the resign his former position at Mason and Williams on account of a bet relating to him. As he settles-in to his new position, Pycroft starts noticing other aspects of the business which convince him that all is not well, and to seek the assistance of the famous Great Detective.

Join Corwyn Allen as the journey through The Memoirs of Sherlock Holmes continues!

Monday 4th February, 19:00 – Notwithstanding: Stories from an English Village 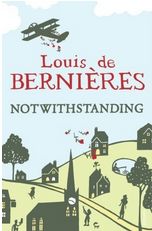 Famous for his more exotic locations and stories such as Captain Corelli’s Mandolin and Red Dog, Louis de Bernieres used England for the setting for a series of short stories written early in his career.

Located in and around the fictional village of Notwithstanding, which is somewhat based on the village of Worley in Surry, where he grew up, the stories were various published in newspapers, etc., prior to being brought together into this single volume in 2009. Semi-autobiographical in places, the stories are rich in English rural detail and contain references to many real-world locations in Surrey, and allow de Bernieres to ruminate on a part of English life he believes to now be vanishing.

Faerie Maven-Pralou continues Cornelia Funke’s young adult which forms the second part of her Inkworld trilogy. The books chronicle the adventures of teenager Meggie Folchart whose life changes dramatically when she realizes that she and her father, a bookbinder named Mo, have the unusual ability to bring characters from books into the real world when reading aloud. Mostly set in Northern Italy and the parallel world of the fictional Inkheart book, the central story arc concerns the magic of books, their characters and creatures, and the art of reading.

In Inkspell, a year has passed since the events related in Inkheart, the first book in the series. Not a day goes by without Meggie thinking of Inkheart, a book that has characters that come to life. Resa is back. The fire-eater, Dustfinger, wants to go back to his wife daughters-who are in the story. When he finds a crazy, self-absorbed psycho storyteller, Orpheus, who can read him back into the book, he goes into the pages. Soon Farid convinces Meggie to read him into the book so he can warn Dustfinger of Basta. But Meggie has figured out how to read herself and Farid into the book Inkheart.

Anyone who has read the best-selling Mama Makes Up Her Mind or listened to Bailey White’s commentaries on NPR knows that she is a storyteller of inimitable wit and charm. Now, in her stunningly accomplished first novel, she introduces us to the peculiar yet lovable people who inhabit a small town in south Georgia.

Meet serious, studious Roger, the peanut pathologist and unlikely love object of half the town’s women. Meet Roger’s ex-mother-in-law, Louise, who teams up with an ardent typographer in an attempt to attract outer-space invaders with specific combinations of letters and numbers. And meet Della, the bird artist who captivates Roger with the sensible but enigmatic notes she leaves on things she throws away at the Dumpster.

Kayden Oconnell is joined by Caledonia Skytower as they continue to read from the novel. 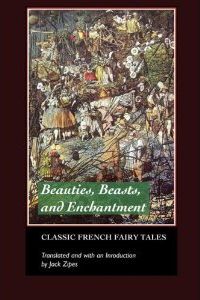 Regarded as the best way to access an English translation of Madame de Villeneuve’s original and entire story of Beauty and the Beast, itself a novella-length story in which the beast is actually precisely that – a beast, Jack Zipes’ gathering-together of fairy tales from the French Salon era is regarded by many as perhaps the definitive English language volume on the subject.

Within its covers, the book has 36 tales, readers can also find the works of Charles Perrault, original author of works such as Le Petit Chaperon rouge (Little Red Riding Hood), Cendrillon (Cinderella), Le Chat Botté (Puss in Boots) and La Barbe bleue (Bluebeard). Madame Le Prince de Beaumont’s derivative version of Beauty and the Beast, the version with which most modern audiences are more familiar, can also be found here.

The book is complete with a fascinating introduction by Zipes which examines the French salons and their role in the development of the genre of the fairy tale, and also looks at some of the women who dominated both the salons and the growth of the genre itself. As such, it is a marvellous door through which to explore the topic.

Join Shandon Loring as he delves into the world of tales fantastical, both fair and dark, both familiar and perhaps new.

Note that throughout January and February, all donations to Seanchai Library SL will go to the real-world charity, Doctors Without Borders! Have questions? IM or notecard Caledonia Skytower.