It’s nigh-on two weeks since SLCC 2011, and I’m still on something of a buzz about Second Life.I’ve already given four reasons why I’m excited about the platform once more, in which I focused on in-world aspects. Here are some more, broader, reasons.

Yes, I know I come off as something of a fangirl; but the fact is that in eight short months, Rod Humble has more of a positive impact on Linden Lab than perhaps either of his predecessors had for the period between late 2007 and January 2010, something I’ve commented upon in the past.

But since March, we’ve seen it reinforced in so many ways that Rod Humble has a clear and constructive vision for Second Life. Yes, there are still issues to be addressed in a number of areas, but in the last few months it’s been pretty evident that Rodvik has been gradually refocusing Linden Lab and laying good foundations for both technical and progressive growth in Second Life and the Lab. The re-worked sign-on process, the split with the Viewer modes that allows for faster development of new user-friendly functionality via the Basic mode, introducing the release, test, polish, test, polish approach to features and capabilities which – while frustrating at time – is starting to yield benefits.

He understands the need for both bringing-in new user and  the twin needs to  bothengage / retain them and to maintain engagement and enthusiasm for the platform among existing users. As we move into the latter half of the year, he’s indicated the focus will shift more towards the latter (engagement / retention), with more “polish” plus things like and overhaul of Premium Accounts to offer users more “at no extra cost”. We even have the promise of a significant marketing campaign through the end of the year / early 2012. These are all things to welcome.

Lindens are getting engaged in the platform

We’ve all complained about the lack of any real in-world Linden presence for a long, long time. That’s changing.

I’ve personally spent time in-world in the mesh sandboxes on the Main grid with both Dan Linden and Charlar Linden (even if I did confuse him 🙂 ). More importantly, the Product Team have been involved in  in-world building, developing a game-based experience to help them understand the tools and limitations of in-world content creation.

As Mark Viale (Viale Linden) said, there is a change in philosophy at Linden Lab – they’re looking to work more with the user base and “bring forward” communities and events and make sure they have good visibility through the likes of the new Viewer 3 log-in screen (which is being offered to TPVs to increase the visibility – hopefully they’ll take it up). We also have the opening of communications channels once more – e-mail addresses are front and centre, people are responding to IMs once more. We also have new and useful wiki portals being written that information the availability of information.

Within the Destination Guide, there is now the opportunity for communities and users to carry the message of Second Life out to the world through the Create Ad widget, while LL themselves are starting to work with communities to leverage awareness of Second Life – such as through the use of Machinima via YouTube, etc. All of this is very positive in terms of raising the visibility of SL as a vibrant platform.

The is something of a roadmap

Of course, there is still much to be done – and bringing-in users alone is not going to keep Second Life afloat, much less growing; Gwyneth Llewelwyn holds up a cautionary hand in this regard. However, when you look back just twelve months, just about the only thing we heard from LL was the need to bring users in – nothing else. That has now changed. Thought around retention and engagement is being put into the mix – and starting to be translated into positive actions.

…But one still cannot help but feel that there is a roadmap there, even if we’re not privy to all of it. This is actually a good feeling to have – and while many of us likely won’t feel comfortable with things until we see the in-world economy growing once more, and things like concurrency improve – it’s actually nice to be able to feel things are moving in the right direction, not only with technical aspects, but also within LL itself. 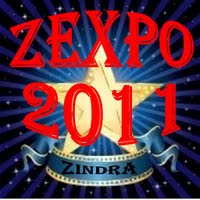 Tamely promoted (for understandable reasons) on the LL website, the event is described as:

“A mix of creative and interactive experiences for Residents, as the four regions of ZEXPO are transformed into a land of surprises and innovative creations. Games, contests, rides and daring attractions will all be in the mix, along with art galleries, concerts, live discussions and exotic play areas. ZEXPO is a celebration of Zindra, the sophisticated adult mainland of Second Life. Zindra will host this Forbidden Carnival, offering 10 days of fun. Be there as ZEXPO 2011 celebrates Zindra and everything adult in SL.”

Tame or not, it’s good to see the event getting an up-front mention on the official blog.

The official Zexpo website is very much more to the point: “The ultimate virtual tradeshow and immersive convention experience in Second Life, showcasing the best of the adult mainland and much more!”

The event will run from the 26th August through to the 4th September across four themed sims (SLurl), and features an impressive list of exhibitors. The sims themselves are heavily loaded with builds, scripted items (a lot of flashing lights and suchlike), etc., so lag might be an issue when it gets busy; you might want to divest yourself of heavily scripted attachments before making a visit – and consider turning down any high draw distance you may have.

You can wander the sims at leisure, or opt for one of several modes of transport, including scripted pods and … elephants.

Events for the expo include talks, presentation, tribute concerts (including a Lady Gaga tribute), performance artists, a 24-hour film theatre for many types of machinima, etc.

for those wishing to experience the most from the event, there is even the ability to stay at an in-world hotel!

Zexpo is open to those over 18, and requires Age Verification via the SL website (ACCOUNT -> AGE VERIFICATION).