The following notes were taken from the Tuesday, November 15th, 2022 Simulator User Group (SUG) meeting. They form a summary of the items discussed and is not intended to be a full transcript. A video of the entire meeting is embedded at the end of the article for those wishing to review the meeting in full – my thanks to Pantera for recording it.

At the time of writing, a server deployment thread had yet to be published.

The run of simulator updates through to the new year will likely comprise:

All other official viewer remain as follows:

Rider Linden is proposing changing the way we do accounting for CUSTOM_HEADERS.

LeLoo (LeLooUlf) has redressed her LeLoo’s World for the northern hemisphere’s winter season with an mix of settings, one of which appears to be open to the public and the second, smaller section still under construction.

Welcome to The Northern Trek! Grab our free snowshoes for your trek across this frozen landscape. Enjoy the animal viewing spots. Have fun getting in the winter mood! This is a PG event, all are welcome.

The major portion of the setting is home to this opportunity for trekking a snowy landscape and seeing the mix of animals, mammals and waterfowl from both the Arctic and Antarctic it offers. The snowshoes mentioned in the About Land introduction can be found in the sack sitting a short distance from the landing point and at the top of the slopes leading down from the broad ledge on which it sits. This landing point is located mid-way half-way up the cliffs running as a curtain running half-way along the southern edge of the parcel to divide it from the rest of the region, before falling away to a  narrow finger of water.

One of these slopes, running down and westwards, leads to an ice-covered water channel spanned by a wooden bridge. Beyond this channel the cliffs rise once more to continue their westward march, the gap between them suggesting the curtains have been improperly closed.

These cliffs are themselves are a curious mix of peaks, tables and ledges. The most extensive of the latter has at one end two of the rocky tables, swept by wind and snow, and at its far end is overshadowed by another of these semi-round tables. Not all of these tables are easily accessible as they jut from the various cliffs, nevertheless they have become the homes for caravans and other structures, offering their own most unusual elements to the setting. Others are more easily reached via slopes and steps – although getting down from them to the southern lowlands can be a challenge as well – although the snowshoes should help get down snowy hummocks.

It is across the north-facing lowlands and the semi-ice covered bay which forms a good part of the setting in which the majority – but not all – of the wildlife are to be found. These include caribou/reindeer; elk/wapiti; polar bears from the Arctic; penguins from the Antarctic, and fur seals. They share the lowlands with huskies and the waters with orca. Caribou might also be found on the uplands, together with Arctic foxes, rabbit, owls – and a further family of polar bears.

The southern cliffs are not the only uplands in the parcel: the western end is dominated by a tall, snowy mesa of rock, flat-topped and with a further finger of water partially separating it from the rest of the highlands. It is at the head of this channel that explorers can find the path rising to the top of the mesa and the old, broken rotunda and snow-crowned folly occupying it as they overlook the storm-torn wooden windmill at its base.

The base of this path runs around the foot of the mesa to pass between it and the open waters beyond and under fir trees to reach the mesa’s northern side and the ruined windmill; although if explorers prefer, they can follow the rougher ground alongside the narrow finger of water between mesa and cliffs to reach the windmill and the emergency shelter close-by – one of several places in the setting where visitors can sit. The largest of these sits towards the east side of parcel and takes the form of a working bunker partially covered by snow to provide a degree of insulation. It is not the cosiest of places, but it does provide shelter.

The remaining portion of the parcel – its western extent – is also separated from the rest by another curtain of cliffs pointing north that were, at the time of my visit impassable. Beyond them, the setting – as noted above – appears to be under construction and offers the look of a developing winter market built around a frozen pond. As this did not appear open to the public, I did not  pry further – but I look forward to seeing what emerges when ready.

In the meantime, the setting is – as always with LeLoo’s work, highly photogenic – although dressing to suit the environment is recommended!

My thanks to Shawn Shakespeare for the pointer.

It’s time to highlight another week of storytelling in Voice by the staff and volunteers at the Seanchai Library – and this week previews the launch of a very special event.

As always, all times SLT, and events are held at the Library’s home in Nowhereville, unless otherwise indicated. Note that the schedule below may be subject to change during the week, please refer to the Seanchai Library website for the latest information through the week. 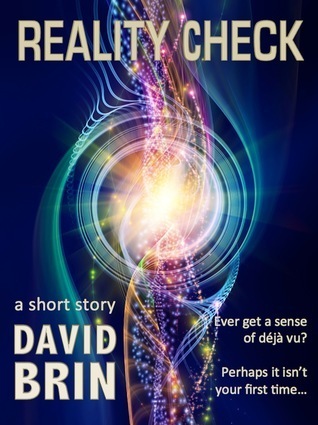 The the “age of the ‘metaverse'” (whatever “metaverse” is supposed to be, commercially), and the idea that the physical and the virtual can – “will” – be merged (at least in the eyes of some), Gyro Muggins offers a timely pause for through through a short story by scientist and author, David Brin which, in the words of the publisher:

Contemplates the eventual difficulty of discerning reality as a simulation versus reality as natural phenomena that is so well understood that it could just as well be a simulation. Publication in a serious scientific journal, notwithstanding, the prose is thought provoking.

19:00: Tales from Life: Lesser Known Stories from History that Read like Fiction

With Caledonia Skytower at the fireside.

The Dickens Project has officially announced an opening date of December 8th, 2022 and will run through until January 3rd, 2023. Old favourite guests and features will return along with an exciting new land configuration and new collaborators. Details to be published in due course!