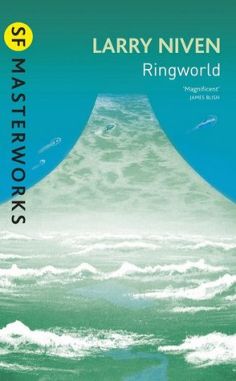 Gyro Muggins opens the covers of the first in Larry Niven’s science fiction series focused on a gigantic artificial ring, the Ringworld, built around a distant star at a distance roughly equivalent to the orbit of the Earth around the Sun.  About 1.6 million km wide, it rotates to provide a gravity on its inner surface roughly equivalent to that of Earth and has an atmosphere suitable for humans. It was built by a race known as the Puppeteers, who have been working to affect both humans and the cat-like, warrior Kzin.

Regarded as a classic, Niven’s novel (and later series) is also curiously contradictory. On the one hand, it is focused on exact science of advanced technologies, but on the other it engages in bizarrely pseudo-scientific fantasy conceptions.

The series sits within Niven’s broader Known Space series, the fictional setting of about a dozen novels and several collections of short stories, and which encompasses his Man-Kzin wars series. In addition, the idea of the ringworld found within the series is regarded as the inspiration for the Halo series of video games, and there are multiple similarities between the two. 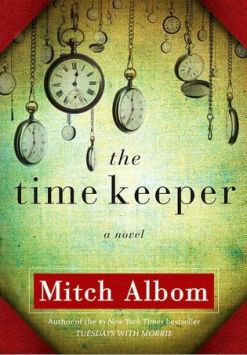 The inventor of the world’s first clock is punished for trying to measure God’s greatest gift. He is banished to a cave for centuries and forced to listen to the voices of all who come after him seeking more days, more years.

Eventually, with his soul nearly broken, Father Time is granted his freedom, along with a magical hourglass and a mission: a chance to redeem himself by teaching two earthly people the true meaning of time.

He returns to our world – now dominated by the hour-counting he so innocently began – and commences a journey with two unlikely partners: one a teenage girl who is about to give up on life, the other a wealthy old businessman who wants to live forever. To save himself, Father Time must save them both. And stop the world to do so. 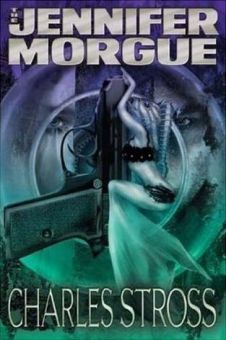 Corwyn Allen reads the second volume in the Laundry Files by Charles Stross.

Bob Howard is an IT expert and occasional field agent for the Laundry, the branch of Her Majesty’s Secret Service that deals with occult threats. In this second outing, Bob Howard finds himself dragged into the machinations and conspiracies of megalomaniac multi-billionaire Ellis Billington, The Black Chamber and The Laundry…

Dressed in a tuxedo (what else for a globe-trotting British Secret Agent?) and sent to the Caribbean, Bob must infiltrate Billington’s inner circle via his luxurious yacht. His mission? Prevent the Billington from violating a treaty that will bring down the wrath of an ancient underwater race upon humanity’s head.

Offering a wonderful pastiche on both the world of James Bond and a wonderful mimicking of Ian Fleming’s style of writing, Stross produces a novel that also evokes Lovecraftian overtones that is delightfully entertaining to read. In true Bond style, Bob is (reluctantly) partnered with an American agent – in this case a stunningly beautiful woman who also just happens to be a soul-sucking succubus from another dimension. Which, being the case, marks Bob’s mission somewhat differently to those of Bond: not only must he stop the bad guys and come through this at best shaken, he must totally avoid being stirred towards getting the girl…

One thought on “Of ringworlds, time and field agents”