While Inara’s keeping busy in both Second Life and Sansar, I thought I’d share a bit about something that’s been keeping me busy for a while (No, it doesn’t have anything to do with a certain pirate who’s not a very good pirate).

For the past year or so, I’ve been obsessed with shooting photographs of the Second Life dance performance scene.

A few months ago, I pinged Inara about an upcoming Monarchs full-sim dance show, but she was busy with some stuff, and she asked me if I could write something up about it. Being a professional writer, I did what came naturally: I dawdled and procrastinated, and I missed the deadline.

It All Begins at the Beginning…

I got an invitation to see a show by Guerilla Burlesque on the Idle Rogue region (okay, dozens of invitations over the years, but remember, I suck). I enjoyed the performance very much, and got to know the folks there, Over time, I’ve learned of so many other groups, 50 so far. And every month there’s somebody new out there learning the dance controller systems and putting their imagination out there for an audience.

It’s amazing what people come up with, individually and in groups, bringing together so many elements:

It all comes together to make something truly alive and special. It’s art in motion and sound. 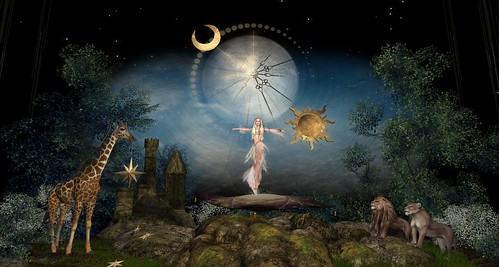 There are groups and performers from countries all over the world. England, Scotland, Japan, Germany, France, Russia, Australia, and Brazil to name a few. 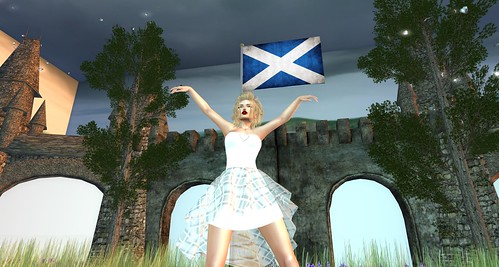 Some of these groups, such as the dadaesque Ballet Pixelle, have been creating and performing for over ten years. Man, all those shows I’ve missed… big time sad panda. But sometimes, Ballet Pixelle brings back the classics. 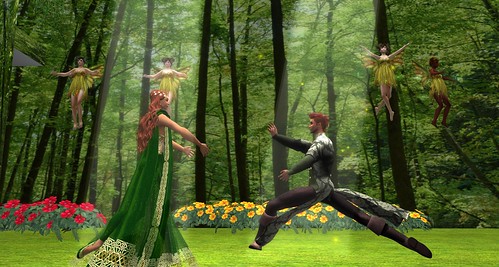 There are many different types of shows out there:

From individual cabaret acts to full-on dance theatre, there’s something for everyone. 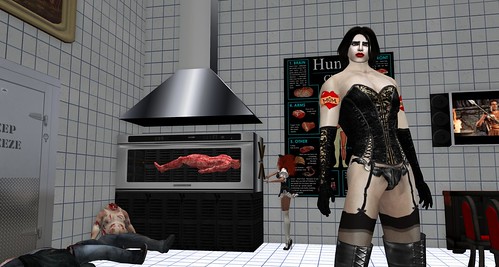 After a while, you’ll notice a few names that come up over and over again in performances. A lot of performers work the circuit, whether bringing an act to multiple variety shows, or lending a hand (and a body) to a group act for their friends at different shows. It’s like a large extended family, odd cousins and all.

There’s an in-world gallery at the Dance Queens infocenter, where you can learn of many of the groups that perform in Second Life. They have also a group for performance announcements (search for DANCE QUEENS), and an online calendar and blog which collect announcements for upcoming shows. This is useful if you don’t have all that many group slots available to keep track of upcoming shows. 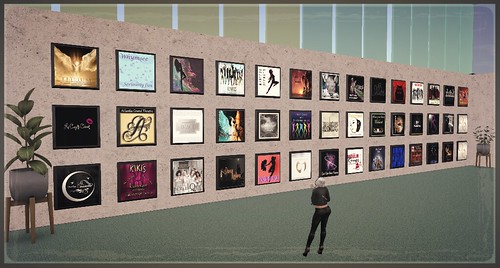 The Burlesque Network and Belly Dance Goddess groups are similar to Dance Queens, only for Burlesque and bellydancing.

There a lot of other photographers out there who maintain in-world galleries and Flickr galleries. And there’s a large number of people who post videos of dance performances to YouTube, too. These previews can give you an idea if a group’s performances suit your tastes or pique your interest.

I post my photo archive on Flickr, and I maintain an in-world gallery of the best of these photos on the recently-highlighted Edloe region. Each pushpin under a group’s frame contains that dance group’s home venue landmark. 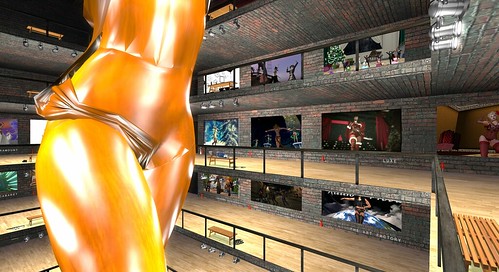 When you do attend a performance, and I strongly encourage that you do, please keep in mind that scripting load and memory on a region is absolutely critical for the movers and controllers and HUDs to work properly. Just as many people come up with minimal outfits for shopping and events, I’d recommend that you come up with a minimal and optimized outfit for attending dance performances. You do not need that Maitreya Lara Body HUD or the Catwa mesh head controller, do you? Many of their venues post script-shaming boards, and they will let you know if you need to pare down a bit to help keep things moving smoothly. After all, everyone’s there to see the show, not you in your seat, right? 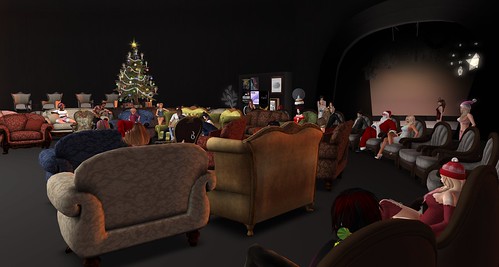 Also, facelights can disrupt the lighting configuration that many choreographers use in their sets and performances. Once again, everyone’s there to see the show, not you.

One trick that some people use is to derender everyone in the audience to reduce their impact on your viewer’s performance. Be sure to use Temporary derender, because a lot of people in the audience may turn out to be performers in other groups. 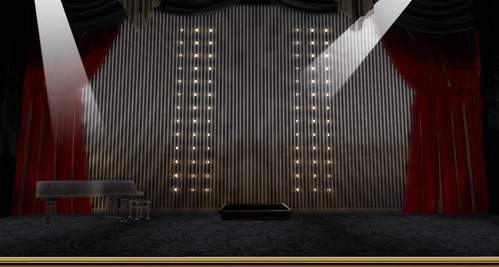 Tips are not required, but greatly appreciated. That’s how the performers buy new mocap dances, costumes, and pieces for their sets.]Some groups and venues have individual performer tipjars, while others have a collective tipjar that’s split among the choreographers. They’ll let you know how they share the loot, but it’s also okay just to applaud and hoot and holler if you’re spent your last dime at The Arcade, okay?

The host of the event will go over the rest, such as Windlight settings, draw distances, nametags, and so on. But the most important thing is to enjoy the show.

If at some point you catch the dancing bug and you’re interested in learning how to perform, some groups and performers teach classes on how to put together dance routines. In fact, Bernard Herzog’s New Brighton Belles recently put out a call for new performers.

I haven’t yet gone down this road, because I’m still into the whole photography thing, but at some point, I should probably take a class so I can have a better appreciation for what my friends do to bring that experience together.

Of course, the chalkboards may also be dancing… 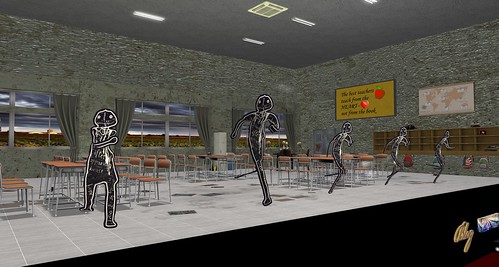 But every now and then, when there’s an audience participation event… 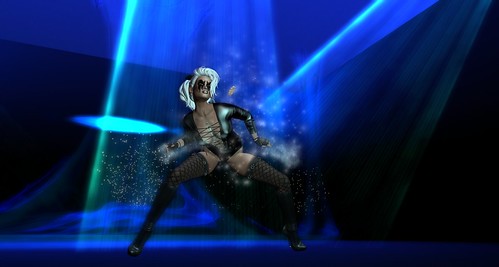 There’s so much more…

I strongly encourage performers and groups to post in the comments some friendly invitations to their performances. Because there’s just so many of y’all out there, I feel like I’m letting a bunch of y’all down by not mentioning everyone, but I’ve got to keep it concise, right?

Oh, and by the way, Inara’s invited me to cover the dance performance art scene, and I’m hoping to do some profiles of dance performers and groups. You know, like Inara does sim journeys and explorations, with interviews and photos and video and stuff.

Thank you, Inara, for this opportunity to get the word out, and here’s hoping something I post here entices y’all to check out some of these amazing and entertaining performances.

Until then, this has been your fast easy fun reporte- oh, wait. That’s the alt.

(Back to your regularly scheduled programming.)

Thank you, R., for writing this, and for agreeing to run a new series through these pages – I’m absolutely delighted you did, and looking forward to the reviews, profiles, pictures and learning more about performance dance in SL.