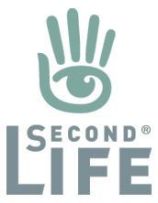 On Friday, February 3rd, Linden Lab released the latest Maintenance RC viewer – version 5.0.2.323359 – which brings with it another round of updates and fixes, together with a couple of new features requested by users, one of which could prove popular for creators and builders: the ability to select default folders for saving uploads.

Also for builders, the RC includes some long-awaited fixes to the build floater / objects when building. Several other niggles people have had with the viewer are also fixed with this update, making it a handy set of improvements to have.

The following is not intended as an in-depth review of the RC, but is intended to highlight the core changes.

With Maintenance RC 5.0.2.323359 users can now select their own preferred inventory folders into which uploads – images / textures, sounds, animations and mesh models are saved by default (rather than having all textures + images go to Textures for example).

To set a custom folder for an upload type:

Note that this only applies to uploads: images / textures, mesh models, etc., received via transfer will still go to the their “default” folders.

So, for example, an animation passed to you in-world by someone else will still go to your Animations folder, regardless of any custom destination you have set for animation uploads.

You can also review which custom folders you have set at any time via Preferences > Uploads, a new tab in the preferences floater. This list updates dynamically as you select / change custom locations for your uploads.

There are several other oft-requested updates are also included in the RC:

The following build / edit fixes and improvements have also been made to the viewer:

Other Updates and Improvements

The release notes for the viewer also draw attention to the following updates:

Full details on the viewer updates, included a list of resolved MAINT JIRAs can be found in the viewer release notes and download page. Note that as they are MAINT (LL internal), not all of the JIRAs may be open to public view.